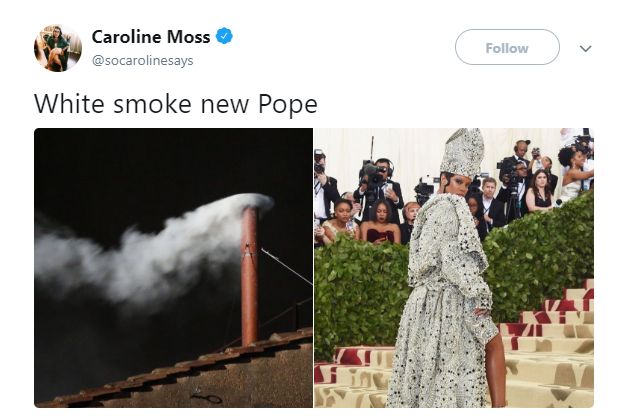 The Met Gala, one of the biggest events of the year, held at the Metropolitan Museum of Art on Monday (May 7) in New York City.

This year’s theme was “Heavenly Bodies: Fashion & the Catholic Imagination” and the red carpet was definitely full of over-the-top and beautiful ensembles. From Rihanna dressing as the Pope to Katy Perry dressed as an angel.

Twitter has been in a frenzy as fans had a lot of things to say about their favorite celebrities, and what they wore.

Here are some of the best reactions.

I’m already howling at the fact jason derulo is tumbling down the stairs but these reactions ?#MetGala pic.twitter.com/DP0jHInyuc

Me waiting to judge all the #MetGala looks from my couch: pic.twitter.com/p8x7IC2DJG

me watching celebs wear clothes that cost more than my college tuition pic.twitter.com/crfe3oqqqf

Me judging Met Gala outfits from home in sweatshorts pic.twitter.com/TlA7toC40e