Residents of Otodo Gbame waterfront community who were forced out of their homes by the Lagos State Government were seen on Tuesday protesting.

They took to the lagoon around the Third Mainland Bridge in boats to protest their eviction from their homes.

See a photos/video from the protest below: 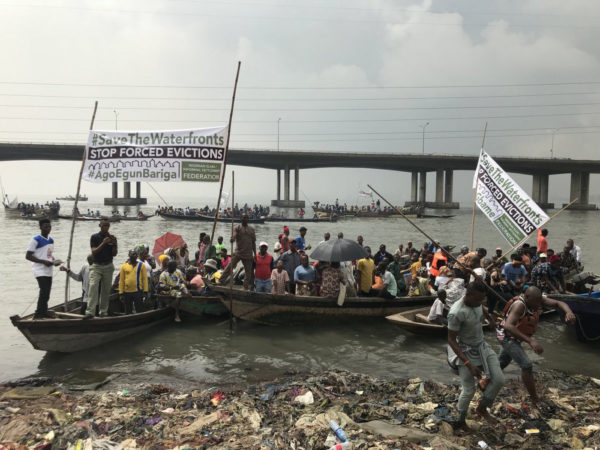 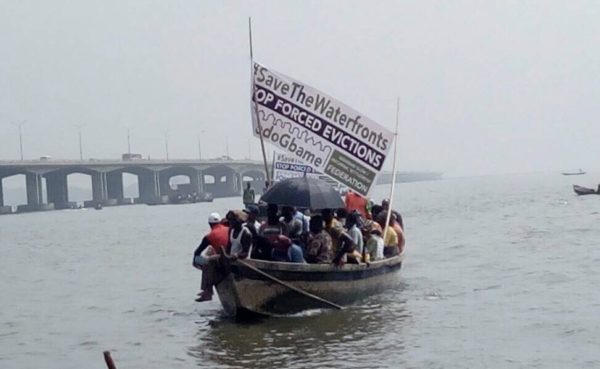 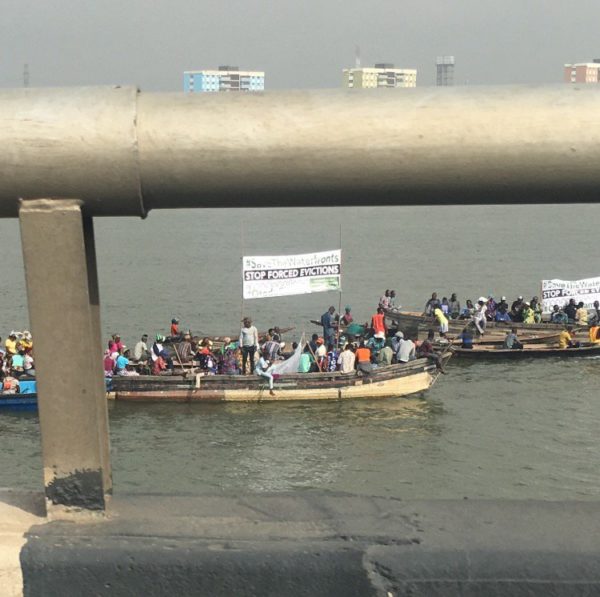 See the indomitable spirit of #OtodoGbame evictees and @NaijaFederation using song to mark 1+ year since Lagos Govt set their homes on fire & used caterpillars in the middle of the night to evict them pic.twitter.com/GSv7Uli4or

Spirits high among #OtodoGbame flotilla as they wait for delegation to submit letter to G.O. Pastor Adeboye appealing #Justice4OtodoGbame pic.twitter.com/ek74sh0ttS