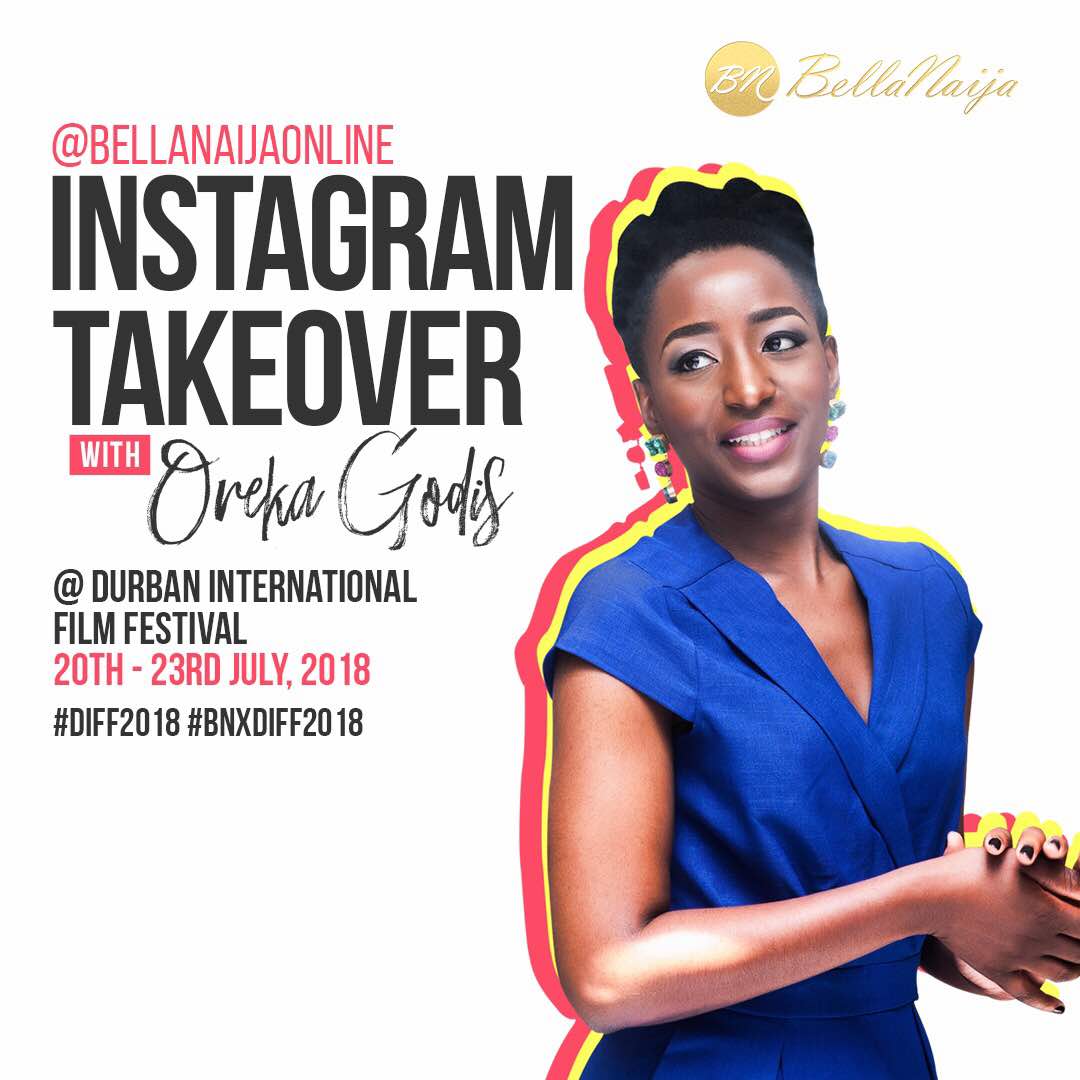 The 39th Durban International Film Festival started on the 19th of July and will run through till the 29th with screenings of cutting-edge cinema from around the world.

Media personality Oreka Godis will be taking over the @bellanaijaonline Instagram account from the 20th of July to the 23rd of July as she takes us behind the scenes and beyond of the film festival where her movie, in which she plays a significant role ‘Faces‘ will be having its world premiere.

You can follow her exciting journey by staying locked onto the @bellanaijaonline Instagram page, and with the following hashtags; #BNxDIFF2018  and #DIFF2018.