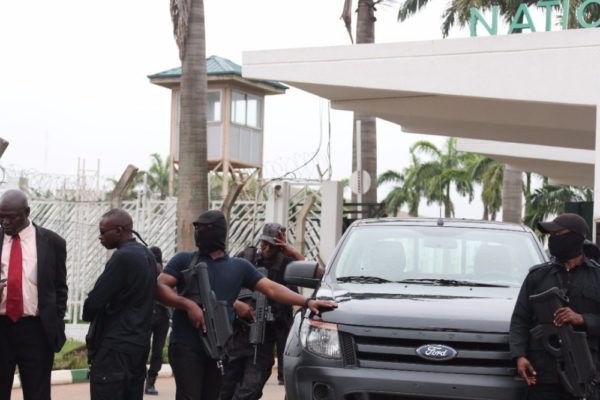 The Department of State Services (DSS) has allowed Senators and members of the House of Representatives into the National Assembly premises.

Officials with the DSS had blocked all entrances into the National Assembly, barring the lawmakers from gaining entry into their offices.

The move had reportedly been in cahoots with 30 pro-Buhari senators who are attempting to remove Bukola Saraki from his role as Senate President.