IPOB: Detained Imo Women released with All Charges Struck Out 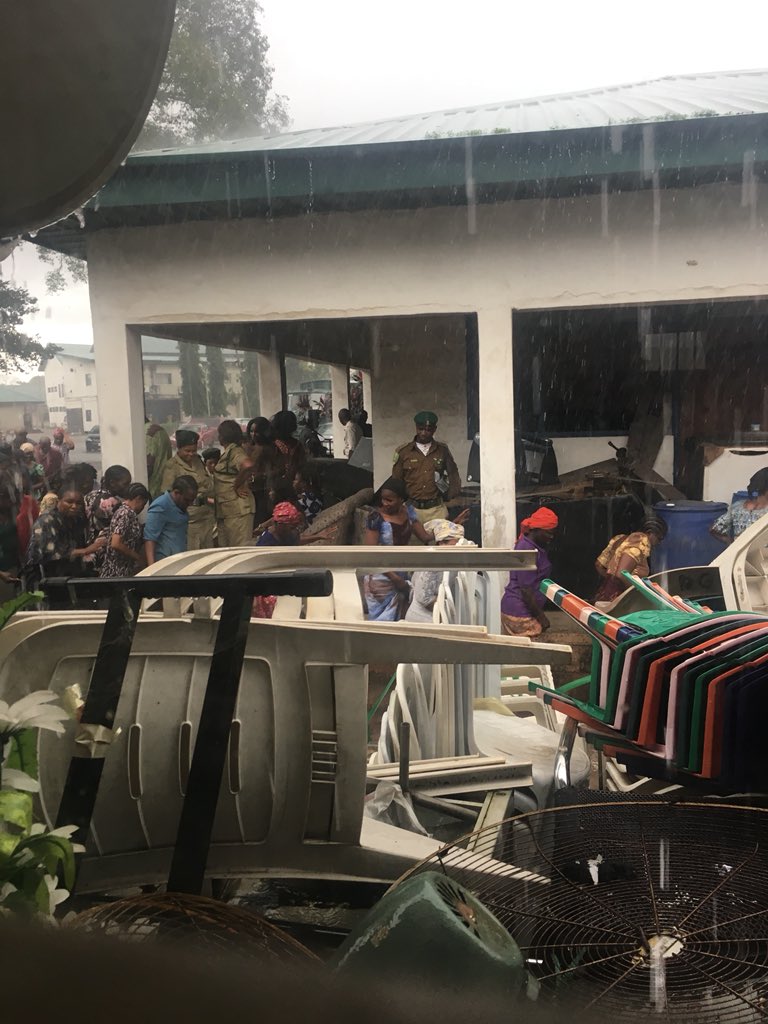 The Women heading to court

The over 100 women who were arrested and arraigned for protesting the whereabouts of Nnamdi Kanu has been released, according to activists who helped secure their freedom.

The women had taken on August 17th, to the streets of Owerri to ask the whereabouts of the Indigenous People of Biafra (IPOB) leader, and according to reports, had barricaded roads before police officers arrested them.

Imo governorship aspirant Sam Amadi, a lawyer and former chairman of the Nigerian Electricity Regulatory Commission (NERC) who was instrumental to the release of the women announced the news on Twitter. He also shared details of the events that led to their freedom.

Speaking to Premium Times, Amadi said all charges against them have been struck out.

“Yes, they have been released. The DPP gave a directive for the case against them to be struck out, earlier today and we took it to the magistrate, along with the detained women. The court ordered the immediate release of the women. All them who came to the court were released from there.

“Only about 12 of them who were not in this prison are expected to be released from the Okigwe prison where they are held. The case has also been struck out,” Amadi said.

Update: I’m presently at the court in Owerri to secure the release of the women and to vacate the remand order.
A few other activists are here with me. The women should be free in the next hour. #FreeOwerri112 https://t.co/Bw49VosAD1

I have also called for a team of medics to attend to them as they are released. The medics are on their way. While this is great news, the struggle for fair policing in Imo intensifies. #FreeOwerri112

We must appreciate the support of Nigerians so far. We are at the moment heading to the prisons to get the women. We’ll go back to the court where they’ll be discharged. This will be all over soon. #FreeOwerri112

It is done. Our mothers and sisters are free. #freedomforOwerriWomen

Buhari explains Why he Walked 800m in Daura