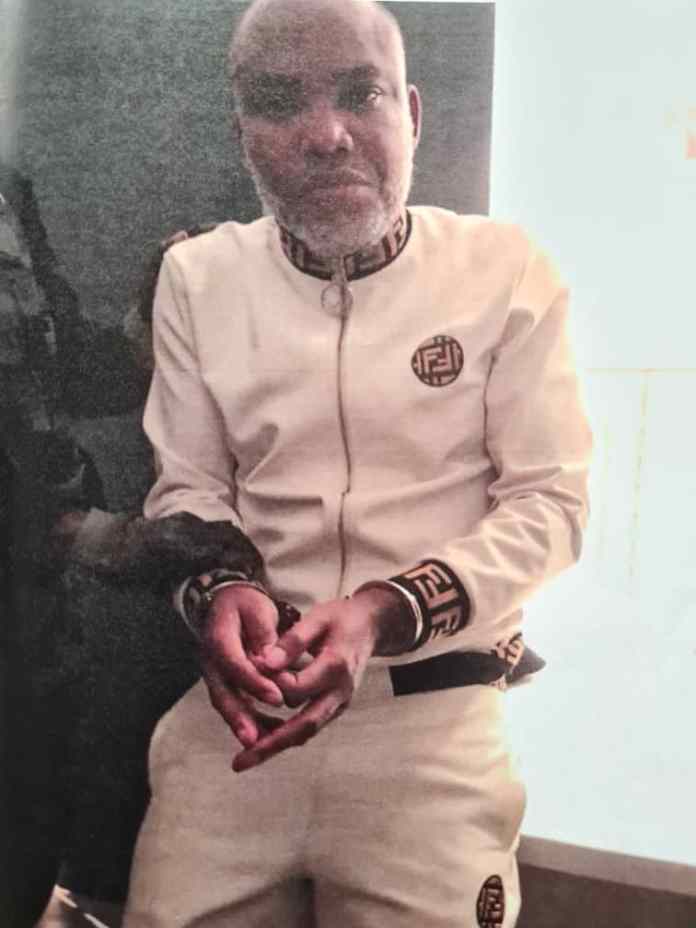 On Tuesday, the federal government announced that leader of the proscribed Indigenous People of Biafra (IPOB), Nnamdi Kanu, has been re-arrested and extradited to Nigeria to face trial.

Premium Times reports that this was made know by Abubakar Malami, Nigeria’s Minister of Justice and Attorney General of the Federal during a joint press briefing on Tuesday with the Department of State Security (DSS).

According to ThisDay, Kanu was said to have been arrested on Sunday, adding that there was no statement on where he was arrested.

Kanu was brought before Justice Binta Nyako of the Abuja Division of the Federal High Court on Tuesday who ordered his remand in the custody of the Department of State services (DSS) following an application by federal government’s lawyer, Shuaibu labaran.

Kanu went into hiding in 2017 following the invasion of his home by the military. This was months after he was granted bail while being tried for treasonable felony. He was thereafter declared wanted by the federal government.

ThisDay reports that apart from jumping bail, the federal government is also holding Kanu responsible for recent acts of violence in the Southeast.