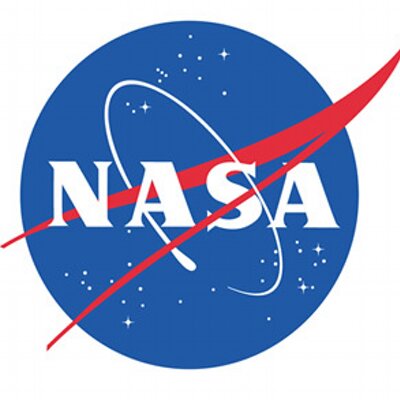 A woman @NaomiH_official on Twitter lost her internship position at NASA following comments she made to NASA engineering legend and member of the National Space Council Homer Hickam.

In excitement, @NaomiH_official took to Twitter to share news of her internship offer. She wrote (in caps):

Everyone shut the f*** up. I got accepted for NASA internship

Hickam replied: “And I’m on the National Space Council that oversees NASA”. 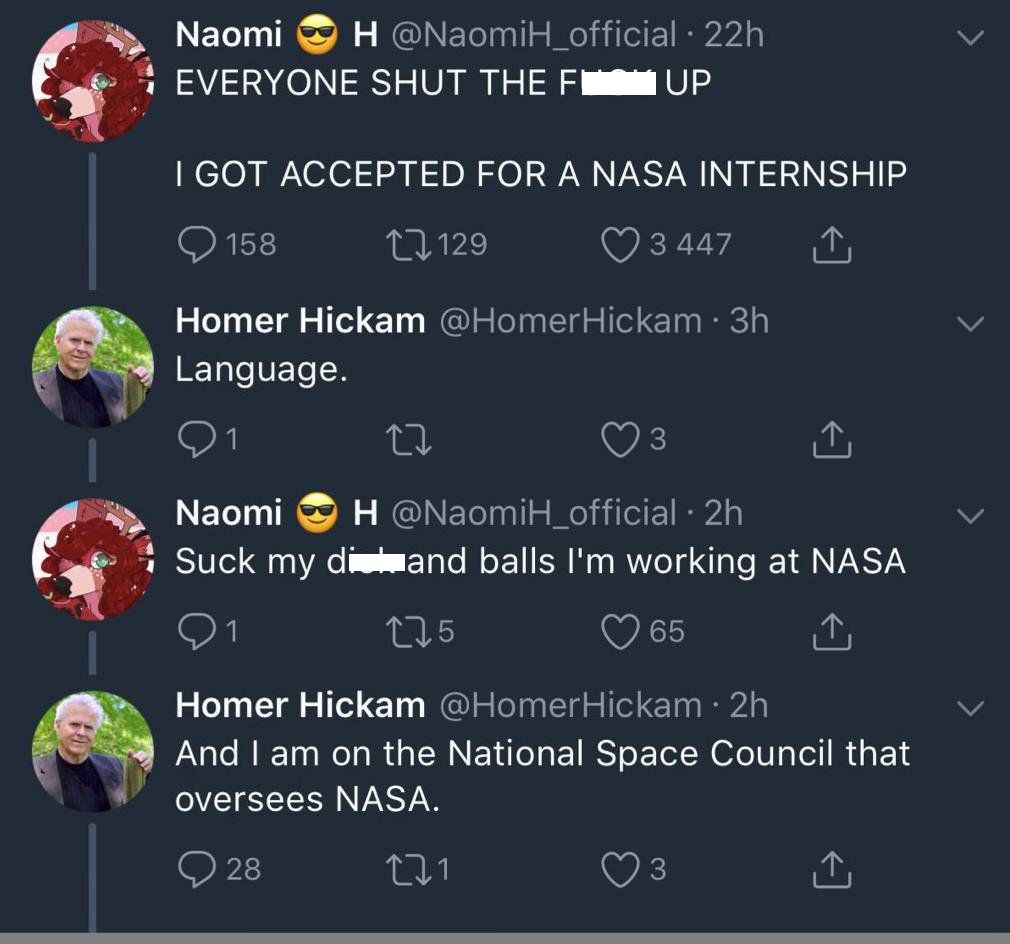 After @NaomiH_official was sacked, Twitter users began to criticise Hickam for pulling rank. The Vietnam veteran said he wasn’t responsible for her sack.

In a statement on his blog, Hickam said he’s not offended by the f-word, but was worried NASA might be.

He added that he deleted his comments after “her friends took umbrage and said a lot of unkind things”.

However, according to him, NASA saw the conversation and withdrew its offer.

“This I had nothing to do with nor could I since I do not hire and fire at the agency or have any say on employment whatsoever. As it turned out, it was due to the NASA hashtag her friends used that called the agency’s attention to it long after my comments were gone,” Hickam noted.

Hickam said that he’s helping her get her offer back, adding that “she deserves a position in the aerospace industry”. He wrote:

She reached out to me with an unnecessary apology which I heartily accepted and returned with my own. After talking to her and looking at her resume’, I am certain she deserves a position in the aerospace industry and I’m doing all I can to secure her one that will be better than she lost.

I have also talked to the folks that had to do with her internship and made absolutely certain that there will be no black mark on her record. They have told me she may reapply.

#PVCitizen: 9 Days left for you to Register to Vote