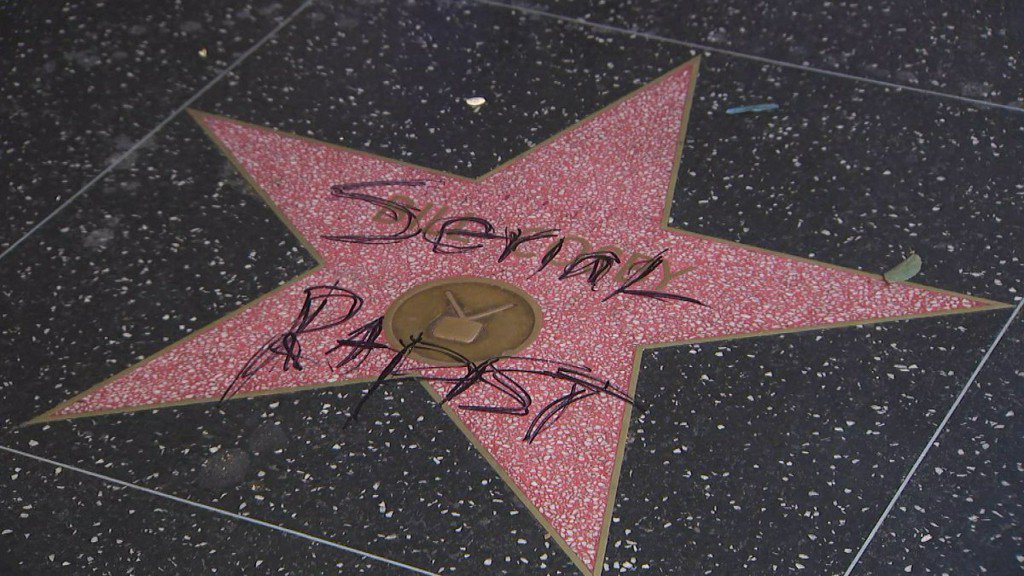 Bill Cosby‘s star on the Hollywood Walk of Fame has been vandalised for the second time in four years.

A photo shared by KTLA, showed the words “serial rapist” written on the star.

According to LA Times, LAPD officer Mike Lopez said the police learned about the vandalism at about 5.30am on Tuesday, but it is unclear when it was written.

Cosby, 81, was in April, after a retrial, found guilty of drugging and sexually assaulting a woman in his Pennsylvania home in 2004. He’ll be sentenced on September 24th.

Dozens of women have also accused Cosby of sexual misconduct.