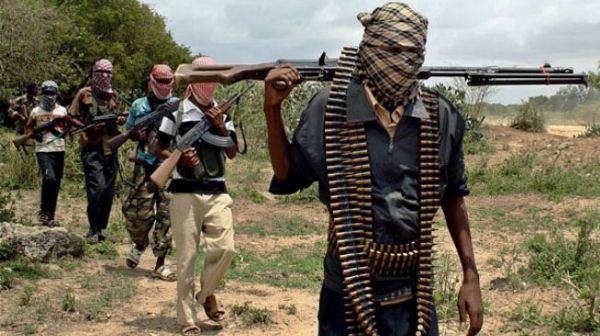 Leader of one of the factions of Boko Haram Mamman Nur is reported to have been killed by his own fighters.

His fighters rebelled against him, Daily Trust reports, adding that Islamic State in West Africa (ISWA)-backed Boko Haram faction had been having issues with their leader for some time.

He was killed by his closest lieutenants on August 21, the report said.

Nur had in 2014, led the rebellion against Abubakar Shekau and broke the terrorist organisation into two factions.

That rebellion led to the emergence of Al-Barnawy as the sects leader. Al-Barnawy’s real name is Habib and he’s the son of deceased Boko Haram founder, Mohammed Yusuf.

Mamman Nur, who was killed on August 21, is the actual leader of the Boko Haram faction after they parted ways with Shekau. He (Nur) only put Habib in the front as shadow leader because of his father (Mohammed Yusuf).

The name Al-Barnawy is only being heard as symbolic leader; he was meant to lead so that followers would remain committed to the cause championed by his late father but he (Nur) is the major link of the faction with the Islamic State; the chief strategist around Lake Chad, including their cells in Nigeria, Niger and Chad.

The commanders became disenchanted with Nur’s style of leadership; they saw him as not as rough as Shekau. They followed him in staging the revolt because the argument back in 2014 was that Shekau was a hardliner who killed almost everyone, both Muslims and Christians who disagreed with his brand of Islam.

But according to some of the fighters, after establishing his base in Lake Chad, Mamman Nur too ‘deviated from the real course’ and compromised on so many occasions.

The negotiation of the release of the girls did not go down well with some close associates of Mamman Nur who released the girls unconditionally, following a directive by Al-Baghdadi (leader of the Islamic State).

Nothing was paid before the girls were released and besides, Mamman Nur’s soft approach and close contact to governments and different levels angered his foot soldiers who rebelled against him and thereafter executed him.

The man in charge of all the cells in the Lake Chad region is the former commander of the fighters who was directly under the control of late Mamman Nur.