It's All About Classic Black Looks This Week On #BellaStylista: Issue 210 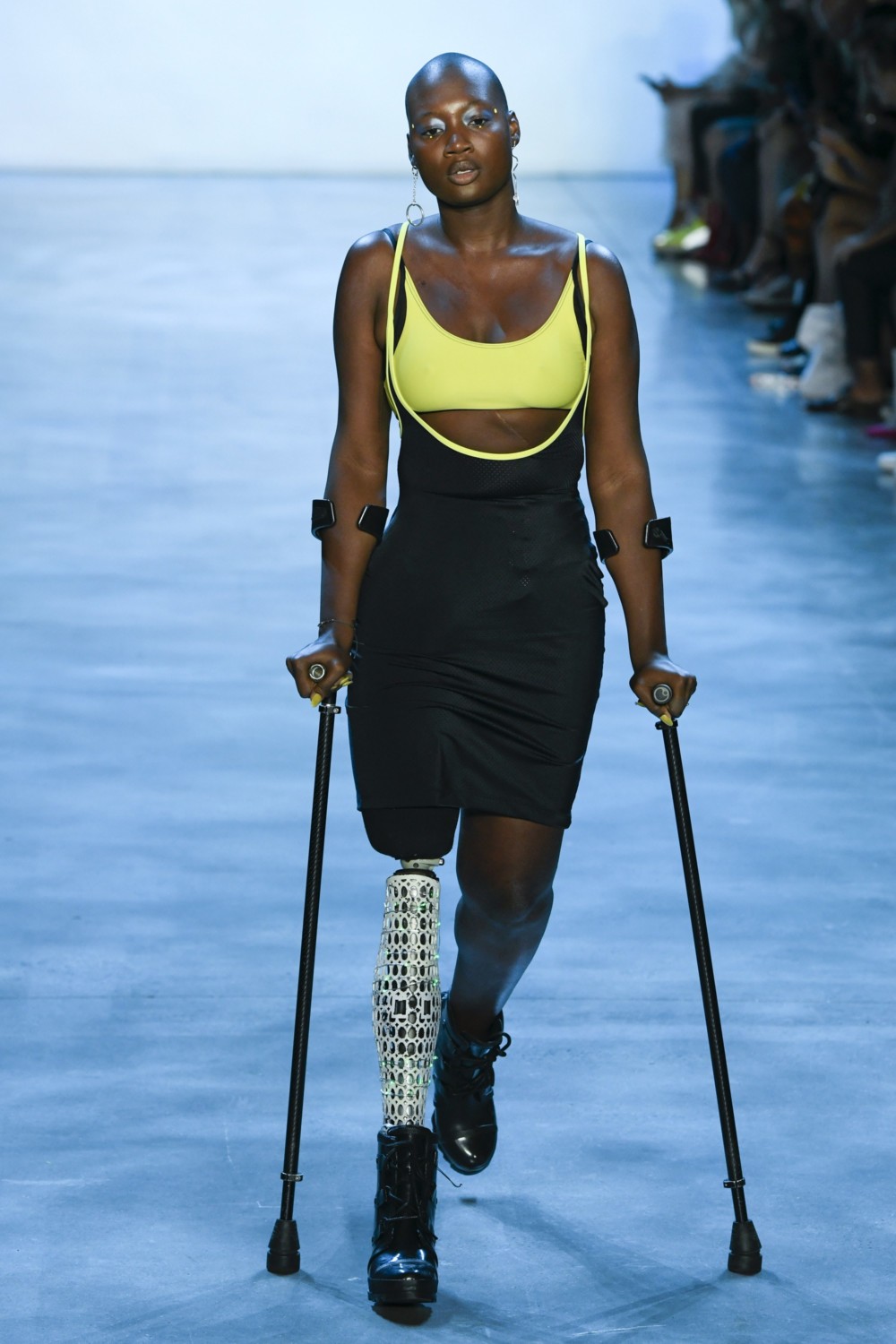 Chromat’s Spring 2019 show at the ongoing New York Fashion week was a show of inclusion and diversity with the models who walked the runway.

One of the women featured was Mama Cax, a 28-year old amputee and activist who walked the runway in a yellow-and-black swim look.

Cax was diagnosed with bone and lung cancer at 14 and her right leg was amputated from the hip soon after.

“I probably waited a good three years before going to a swimming pool or even the beach, and that was mostly due to the fact that I was never comfortable in my body,” she told Vogue.

Cax, who was featured on the cover of Teen Vogue, also said:

“The messages I’ve been getting since [the story dropped], I’m getting chills just talking about it. I was doing an event the other day with a lot of girls with limb differences and in wheelchairs. They never see someone who looks like them on the cover of a magazine or on a runway, so for them, it means quite a lot.”

She added: “I was very athletic before my surgery, and after I wanted to keep that going, so I found different adaptive sports” like wheelchair basketball and rock climbing, Cax said.

“Surfing was the next thing that I took on. I’m still learning, still pushing myself,” she said.

See the rest of the collection on Vogue.

Why I became a Cab Driver – Project Fame Winner Olawale

Lil’ Bella says: There’s a deposit of Greatness in You!