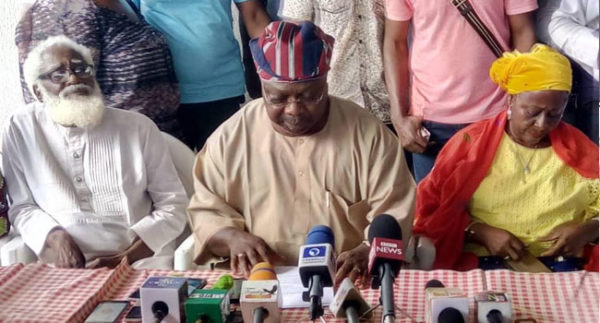 The Osun State governorship candidate of the Social Democratic Party (SDP), Iyiola Omisore, has declared his support for the All Progressives Congress (APC) in the forthcoming rerun elections.

The People’s Democratic Party (PDP) candidate Ademola Adeleke had won the September 22 elections, ahead of APC’s Gboyega Oyetola, but only by 353 votes, requiring a rerun in polling units where voting was canceled.

The rerun elections will take place in 7 polling units with about 3,498 voters. Omisore, who finished third in the elections, is believed to be a stronghold, hence the courting for his support.

He had previously met with Bukola Saraki of the PDP and a delegation from the APC including the National Chairman Adams Oshiomhole.

Omisore, while speaking to journalists on Wednesday, revealed that his party has decided to form a coalition with the APC, Channels reports.

He said he would only support any party that agrees to uphold SDP’s core values, and had presented both parties with conditions that include both the payment of salaries owed within the first 3 months and equity in infrastructure provision across the state.