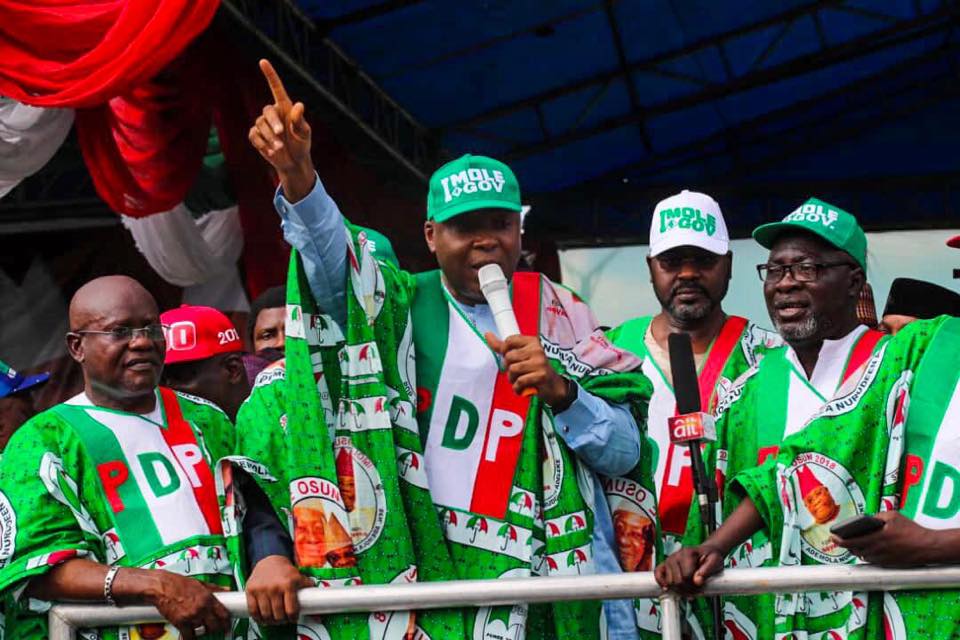 Senate President Bukola Saraki and Chairman, PDP Campaign Council on the Osun Gubernatorial Election has said that the Independent National Electoral Commission (INEC) was wrong in declaring the election inconclusive.

He made this known in a statement on Sunday after INEC’s announcement.

However, because the difference in votes between the two leading candidates is lesser than the registered cancelled votes (3,498), the election had to be declared inconclusive, said the Returning Officer, Professor Joseph Fuwape.

INEC has fixed Thursday, September 27th as date for the re-run.

In my layman’s opinion, the Independent National Electoral Commission (INEC) was wrong in declaring the Osun Gubernatorial election as inconclusive because the votes in certain polling units were cancelled.

The decision of INEC to cancel the election in those areas after voting had taken place, means that INEC had already excluded the votes in these areas from the election process and therefore those units should have no place in the overall results.

My opinion would have been different if the election in the affected units did not take place at all, may be as a result of malfunctioning of the card readers or unavailability of the electoral materials. However, because the voting took place and was cancelled, only the courts can reverse the initial decision by INEC to cancel the votes in these areas.

That is why I call on our party and its candidate to seek further legal interpretation on this decision by the electoral body. One cannot but wonder whether if places were reversed, and the candidate of the ruling All Progressives Congress (APC), was the one leading in the election, if INEC would have taken the same decision that it has taken now.

At this point, it is necessary to also call on INEC to display courage, boldness, independence, neutrality and patriotism so as to send signals to the world at large that the Nigerian electoral system has come of age and that our democracy has matured. The electoral body needs to re-assure all and sundry that the 2019 election and other elections will be free of manipulations and undue interference.

INEC should note that the Osun gubernatorial election is not only about one state. It is about our country and the entire world is watching. Our national interest is at stake. The integrity of our electoral system is at stake. The reputation of the electoral body is at stake. The future of our democracy is on the line. The way INEC conclusively handles the Osun election will determine the global expectations of our political processes. It should therefore ensure that the wish of the Osun State electorate eventually prevails.