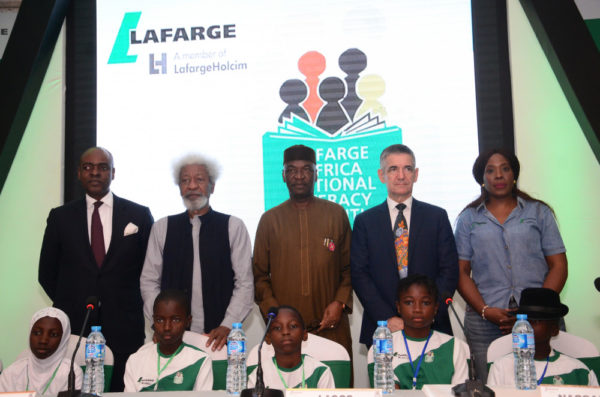 After countless hours of rigorous coaching, scores of intra-school contests, six regional championships and one grand finale, the joy of Kehinde Lawal and Idowu Ayomikun representing Lagos State could hardly be contained after they emerged winners of the 2018 Lafarge Africa National Literacy Competition. They know they are closer to achieving their dreams in the future. Ayomikun wants to become a psychotherapist while Lawal wants to become a playwright like the special guest, Prof. Wole Soyinka. 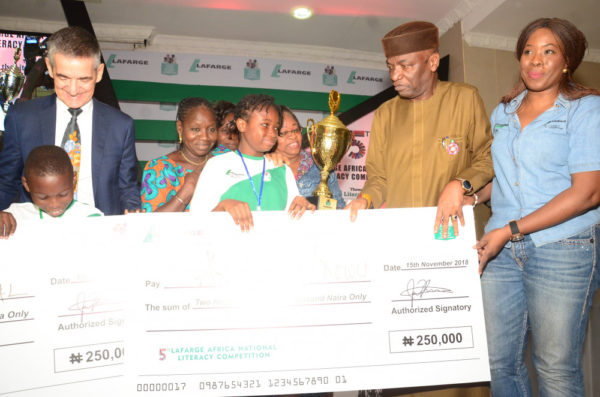 “I was intimidated with the knowledge of fellow contestants when I saw them for the first time, but as the competition progressed, I got more confident,” Ayomikun said. “Now this victory has brought me closer to my dream and I am sure I can achieve whatever I focus my mind on.” 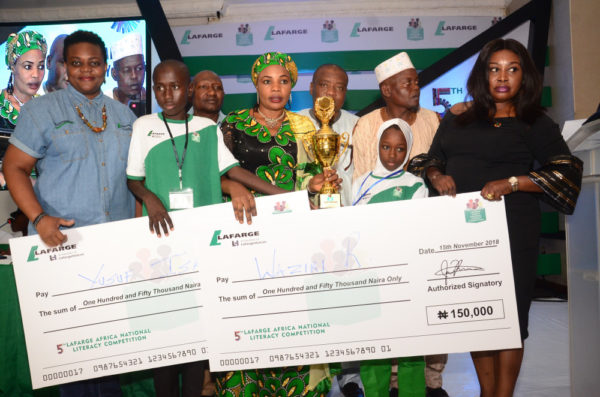 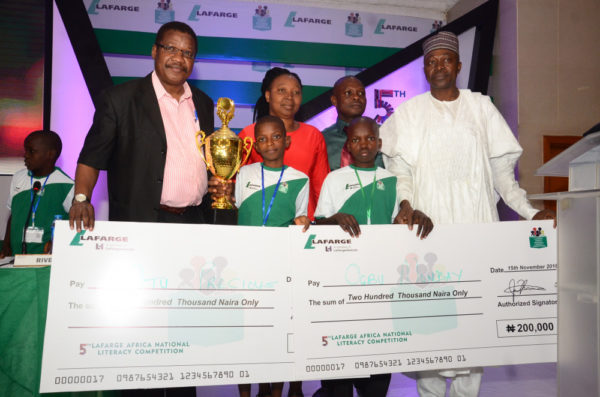 For Lawal, it is a story of resilience and determination. “Last year, I contested in the school level, but I could not qualify,” he explained. “This year, I came in with more determination and experience and it resulted in this victory. I thank Lafarge Africa for this opportunity and I urge all other kids to keep trying their best. It will definitely be rewarded just like mine has been rewarded now.” 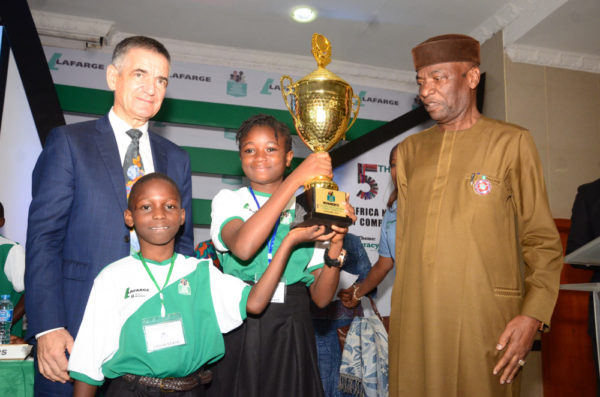 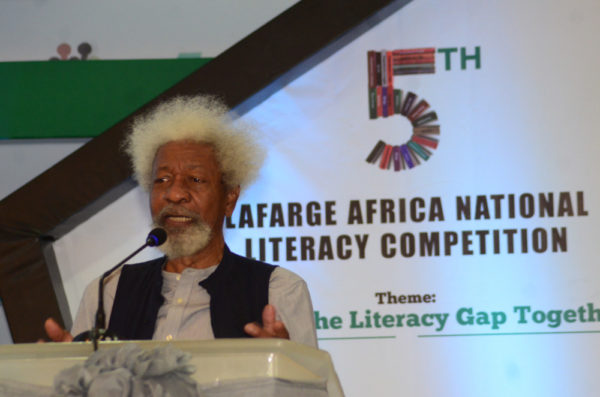 Parents and teachers of the winners were also excited. They recounted the winners’ efforts during preparation for the two-month long competition. For Osho, one of Lawal’s teachers present at the event, it was an ecstatic moment. “These pupils have made me proud. I am the happiest person in the world with this victory,” the teacher said.

The organizers of the event and special guests shared the joys of the moment.  Presenting prizes to the winners, the Chief Executive Officer, Lafarge Africa, Michel Puchercos applauded all the participants acknowledging all the students who participated at every stage of the competition. 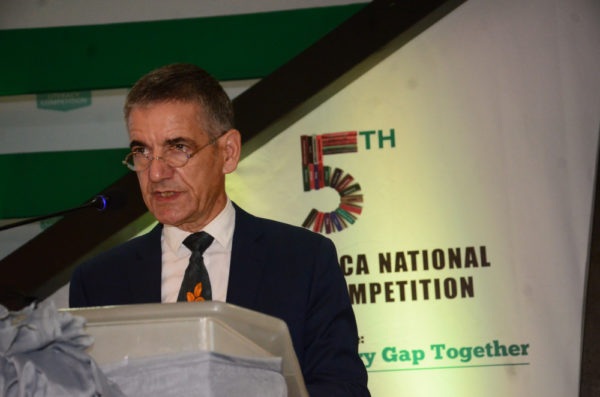 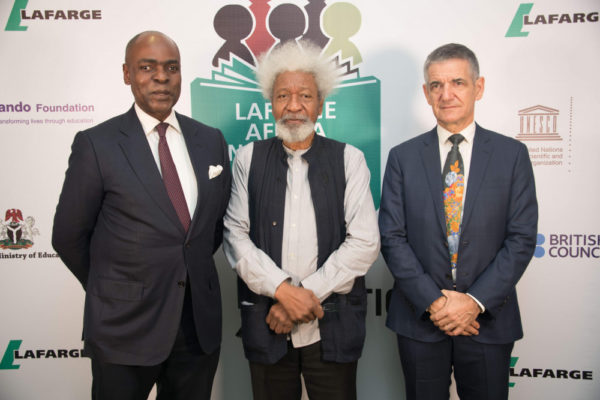 He said: “Apart from the cash prizes received, those who take part in this competition go away with skills indispensable for building a sustainable future. We recognize the importance of better literacy skills in helping individuals succeed in life. The Lafarge Africa National Literacy Competition builds capacity and contributes to developing this much-needed skill in public primary school students across Nigeria.” 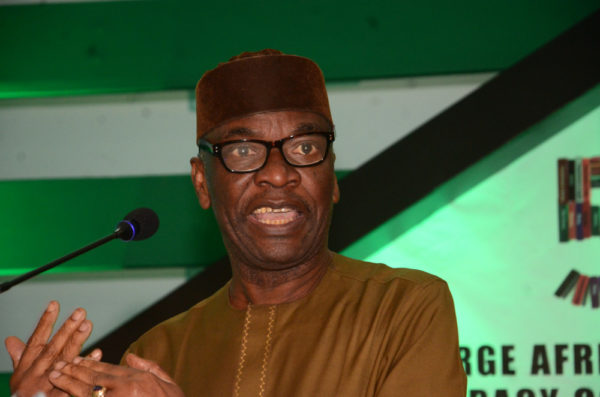 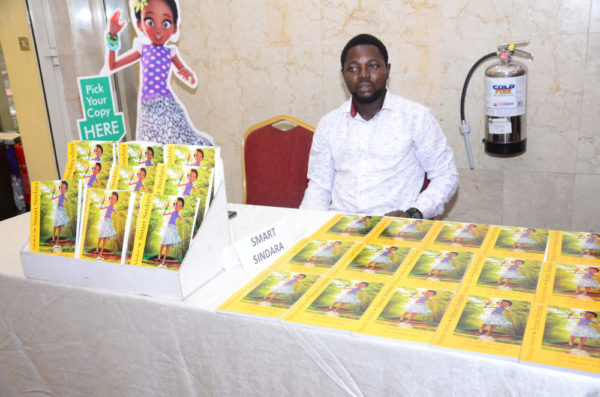 “Seeing states like Gombe, Nasarawa among some others here, I am sure that the battle against illiteracy… can be won,” Wole Soyinka said.

Though only two out of the thousands of pupils who competed emerged as winners, all who took part benefited from the competition. As part of the preparation for the competition, all the students are coached in spelling, pronunciation, essay and summary writing. In this way, overall, the competition builds capacity and contributes to improving the literacy of pupils in public primary schools. 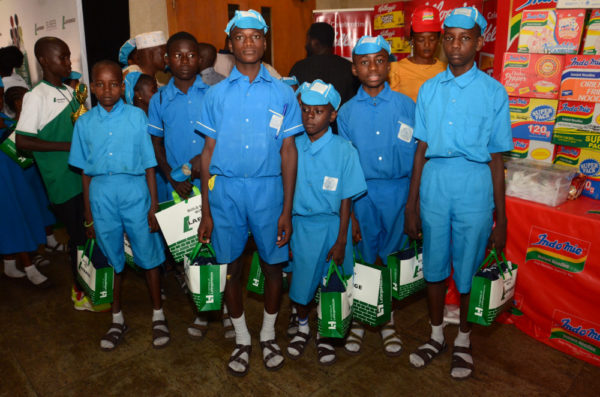 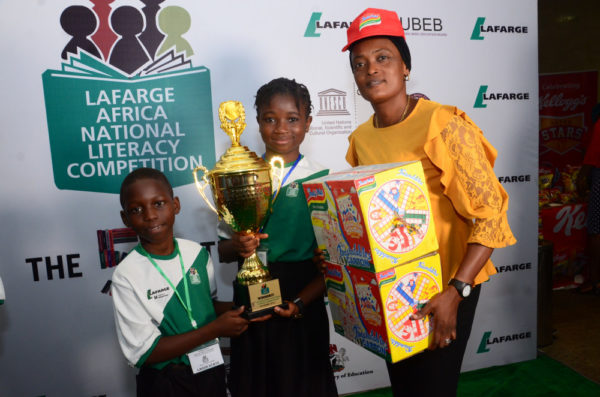 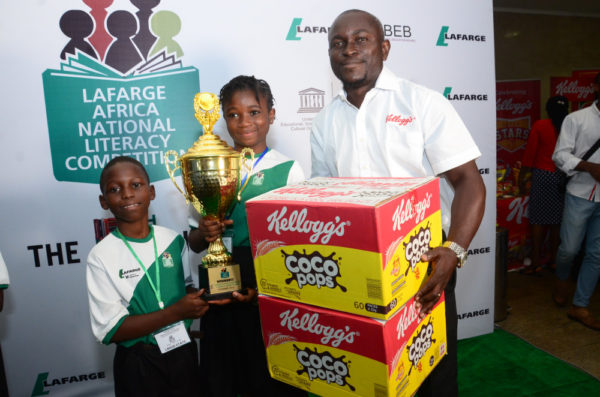 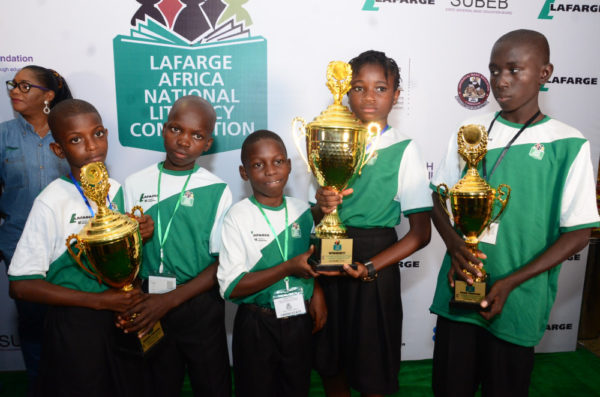 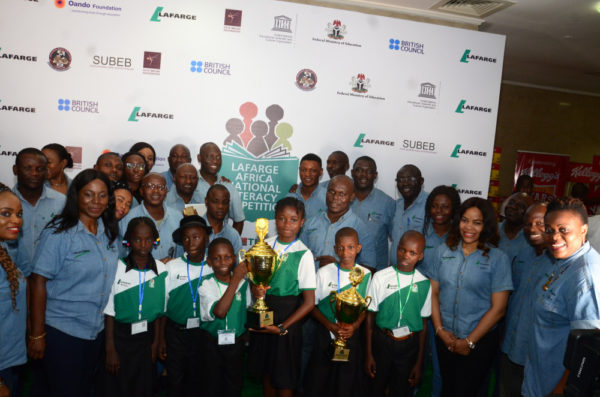 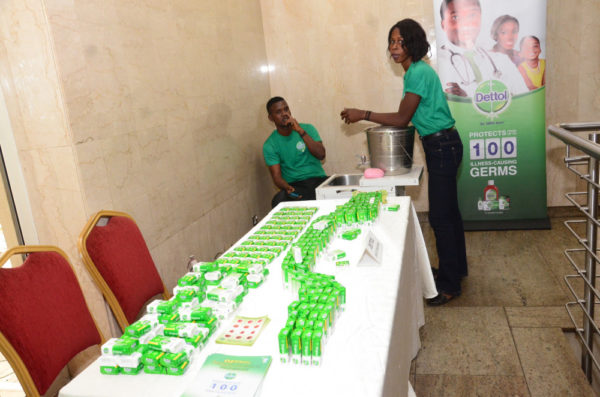 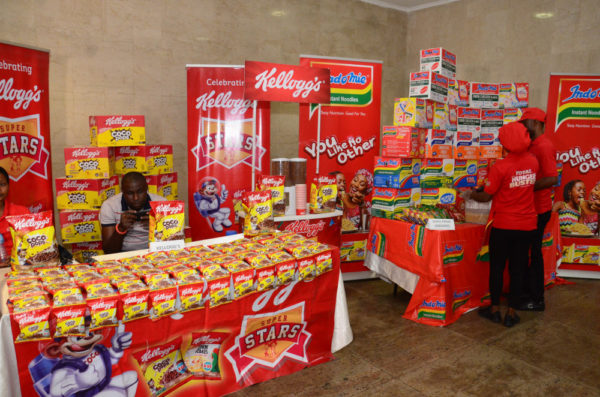 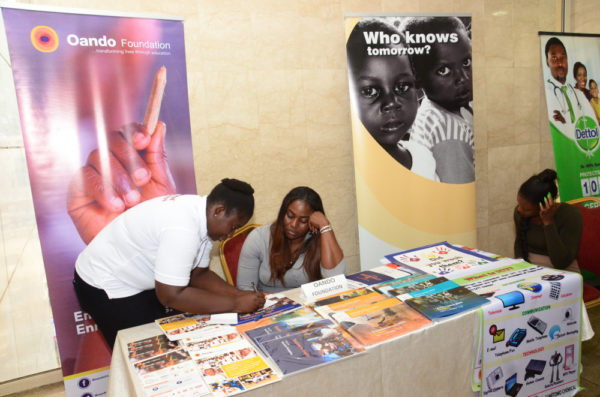 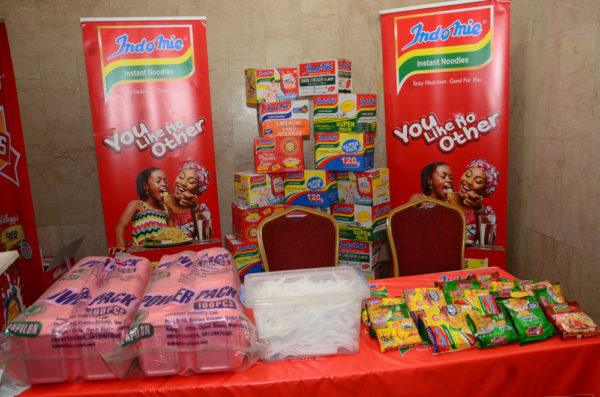 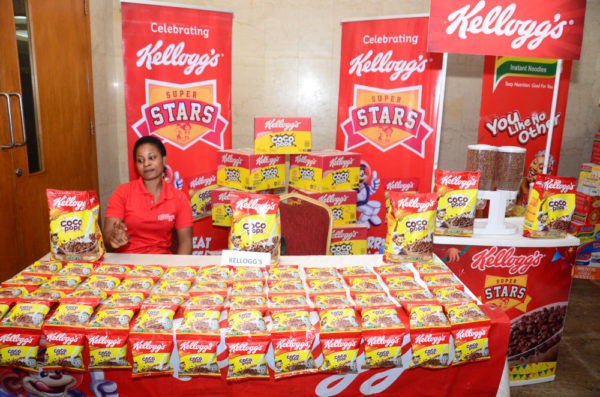 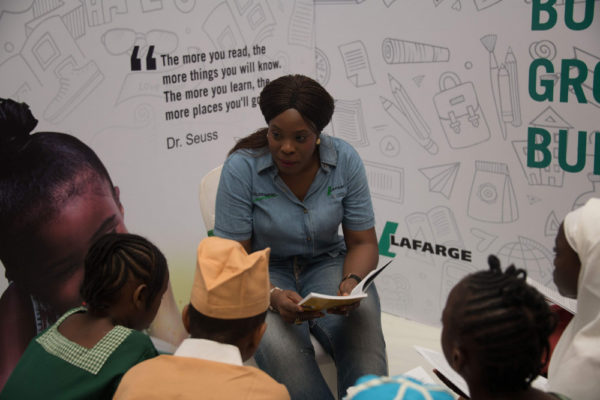 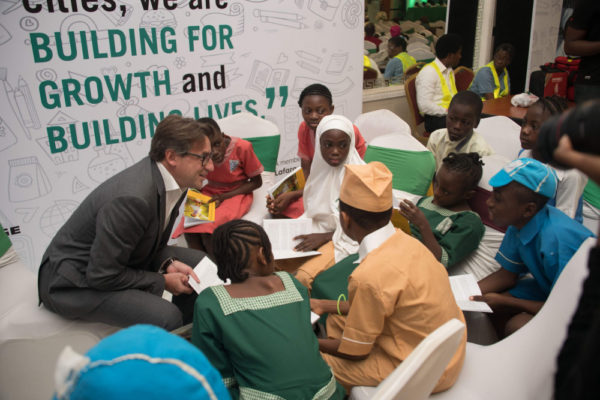 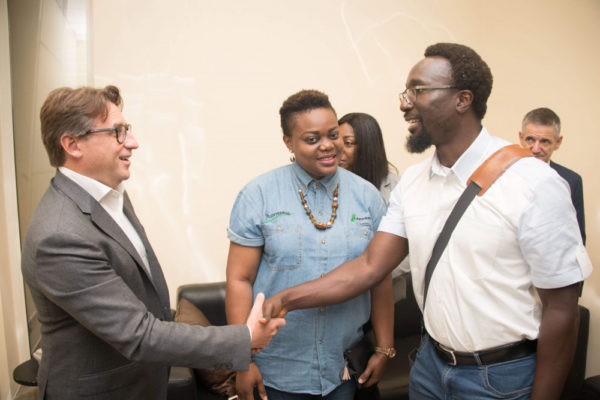 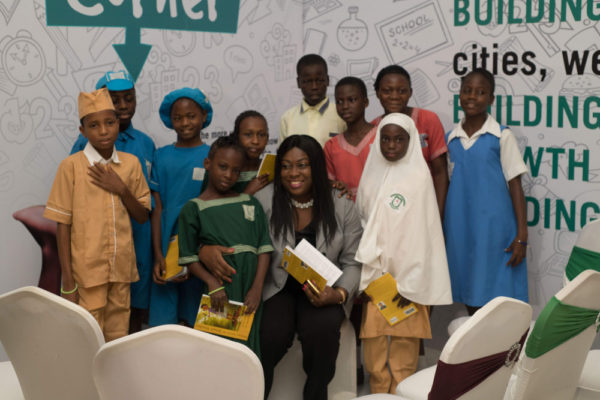 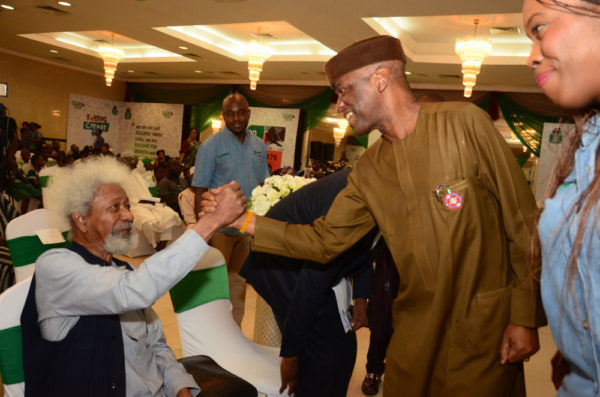 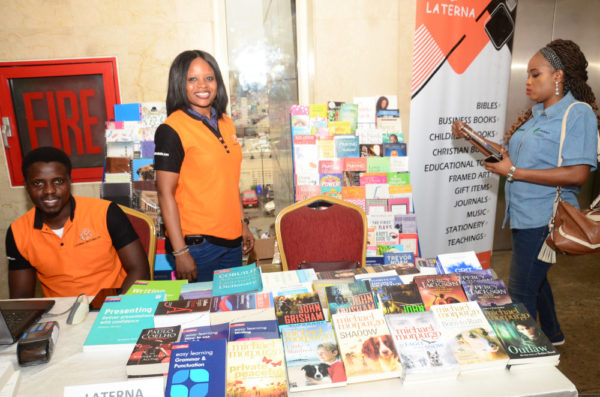 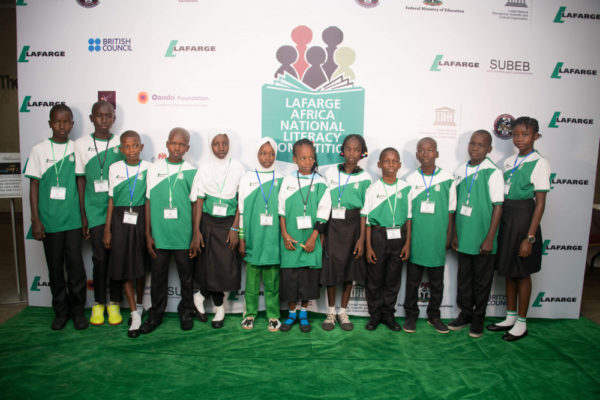