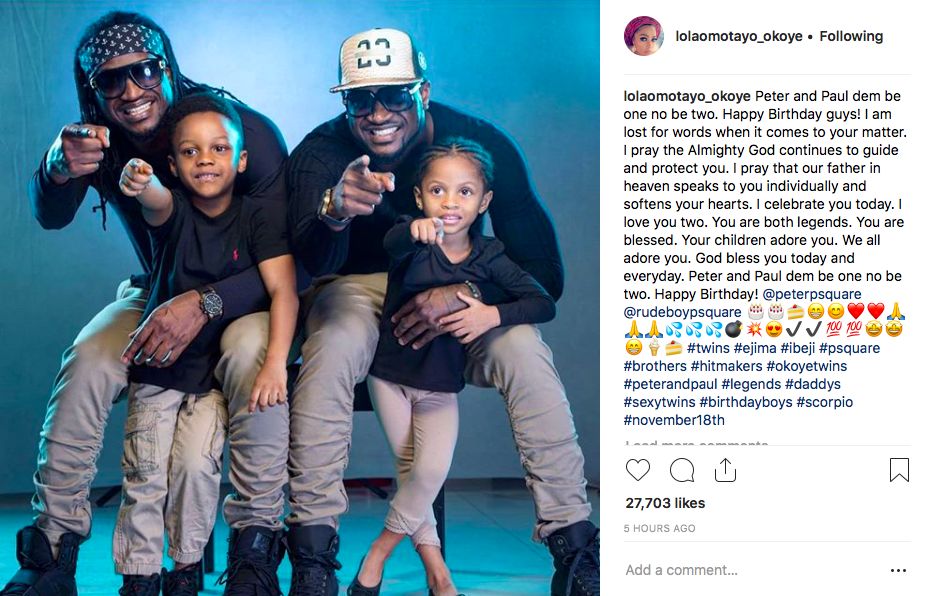 Today is the birthday of music stars Peter and Paul Okoye of the former P-Square music duo.

To celebrate their birthday, the wives of the two stars Lola Omotayo-Okoye and Anita Okoye have shared messages on Instagram praying for the brothers and urging them to end their rift.

Happy Birthday to my favorite set of twin brothers! My Ejima Nnukwu!! May this special day of yours bring you good luck that will follow you the rest of your lives. We love you two and are wishing you, God’s Love, peace, Wisdom, Divine favor and blessings now and always. Good health, Long life, and Prosperity are Yours!!! #ScorpioKings #BirthdayBoys #Ejima#Twins #TwinMagic #Bond #Family #Hubby #Brother #Blessed #Legends #Okoye #ThemBeOneNoBeTwo #Papas