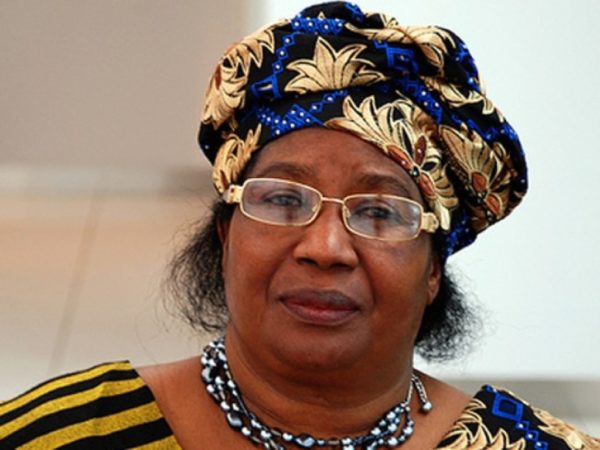 Banda credited the international exposure and transparent and accountable skills, which she said would help the growth of Nigeria.

Ezekwesili “possesses the ability to fight corruption,” she said, adding that the former minister’s advice saved her from corruption allegations.

“While fighting corruption during my presidency in 2013, Oby Ezekwesili advised me to protect myself with a forensic audit, which United Kingdom government supported. I am forever grateful for this transparent, accountable daughter of Africa; a servant leader pushing #Nigeria #Hope2019,” she said.

Ezekwesili assured Nigerians that she would put in place structures to help battle corruption.

Needless to say, every other area in our comprehensive manifesto, including our anti-corruption, sports, foreign policy, security agenda, and every other programme of our platform, will be evaluated on three questions: How much wealth is it going to generate? How many jobs is it going to create? And how many people it will get out of poverty?

We will measure our economic success as a government, not by the number of private jets parked at our airports, but by the number of Nigerians we lift out of poverty who go on to live richer lives. We mean business.

We will put in place a massive programme of deregulation of the Nigerian economy to unleash the depth of competition and efficiencies necessary for higher and deeper economic growth and expansion of the economy. The division and rebalancing of roles between business and government will reduce opportunities of corruption and bottlenecks that limit the competitiveness of the Nigerian economy.