Michelle Obama is the cover star for the December issue of Elle.

The former first lady was interviewed by who else but the master Oprah Winfrey. The two women discussed her book “Becoming” and how it felt like writing about her private life. 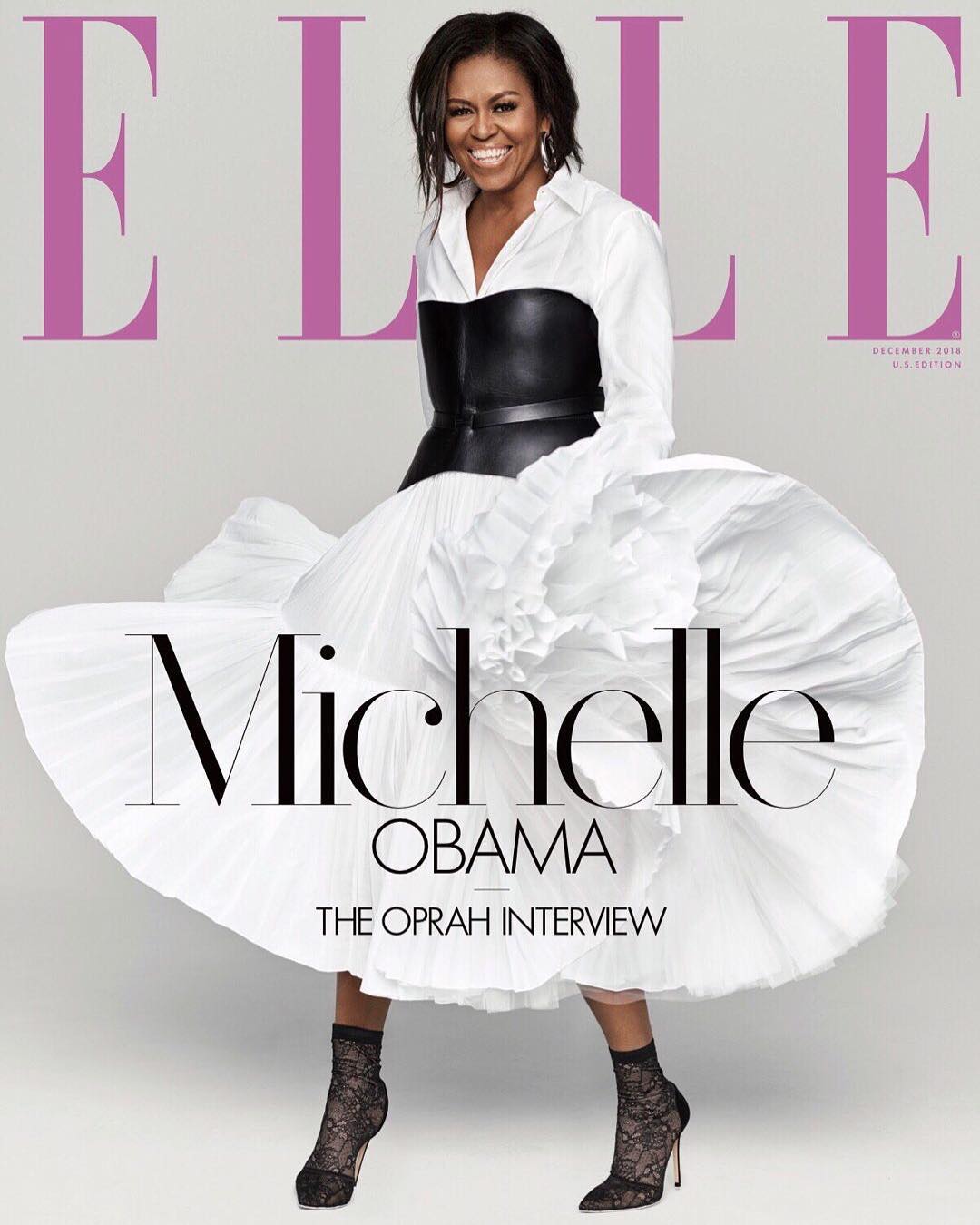 On writing about her private life being scary: Actually, no, because here’s the thing that I realized: People always ask me, “Why is it that you’re so authentic?” “How is it that people connect to you?” And I think it starts because I like me. I like my story and all the bumps and bruises. That’s what makes me uniquely me. So I’ve always been open with my staff, with young people, with my friends. And the other thing, Oprah: I know that whether we like it or not, Barack and I are role models.

On her parents: They invested everything in us. My mom didn’t go to the hairdresser. She didn’t buy herself new clothes. My father was a shift worker. I could see my parents sacrificing for us.

On quitting her job as a Lawyer:  It took a lot to be able to say that out loud to myself. In the book, I take you on the journey of who that little striving star-getter became, which is what a lot of hard-driving kids become: a box checker. Get good grades: check. Apply to the best schools, get into Princeton: check. Get there, what’s your major? Uh, something that’s going to get me good grades so I can get into law school, I guess? Check. Get through law school: check. I wasn’t a swerver.

I wasn’t somebody that was going to take risks. I narrowed myself to being this thing I thought I should be. It took losses in my life that made me think, Have you ever stopped to think about who you wanted to be? I had not. I was sitting on the 47th floor of an office building, going over cases and writing memos.

On being afraid: I was scared to death. You know, my mother didn’t comment on the choices that we made. She was live-and-let-live. So one day she’s driving me from the airport after I was doing document production in Washington, D.C., and I was like, “I can’t do this for the rest of my life. I can’t sit in a room and look at documents.” It’s deadly. So I shared with her in the car: I’m just not happy. I don’t feel my passion. And my mother—my uninvolved, live-and-let-live mother—said, “Make the money, worry about being happy later.” I was like [gulps], Oh. Okay. Because how indulgent that must have felt to my mother.

When she said that, I thought, Wow, where did I come from, with all my luxury and wanting my passion? The luxury to even be able to decide—when she didn’t get to go back to work and start finding herself until after she got us into high school. So, yes. It was hard. And then I met this guy Barack Obama. He was the opposite of a box checker. He was swerving all over the place.

For more on Michelle visit Elle.com