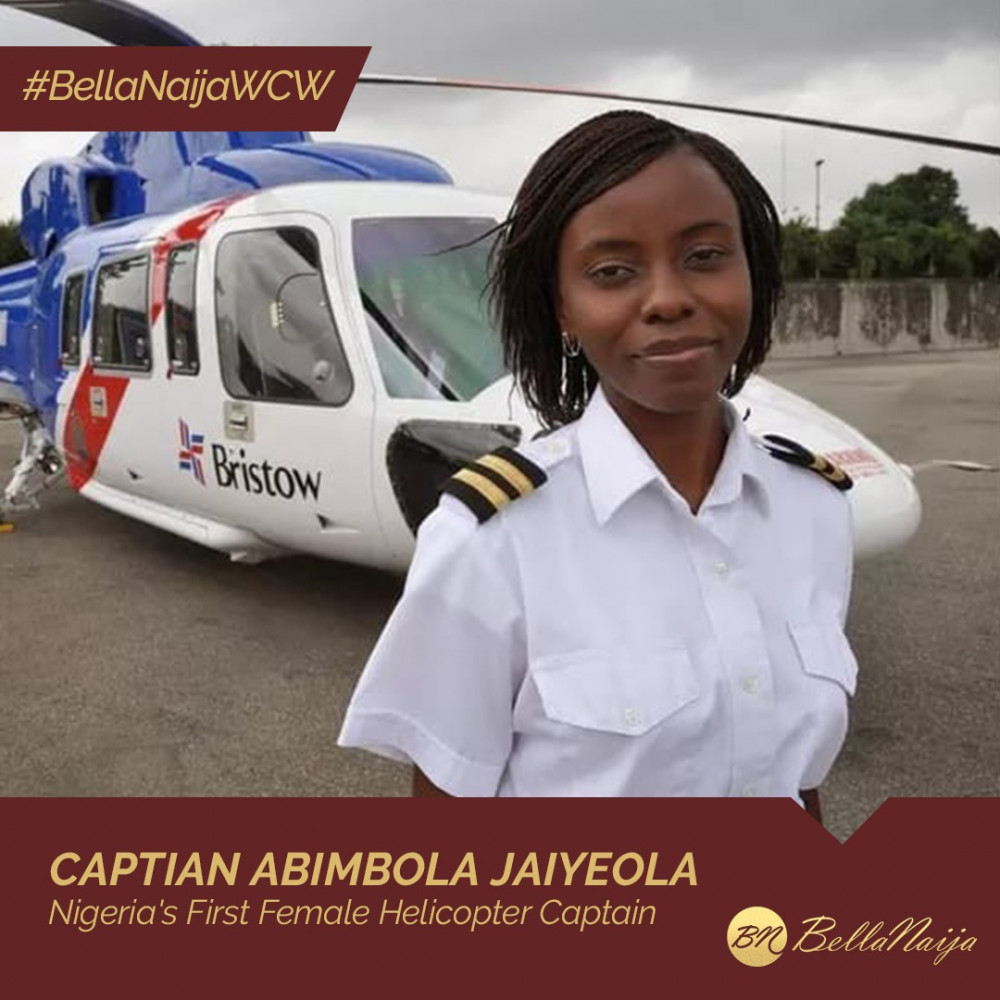 For our #BellaNaijaWCW feature today, we celebrate Captain Abimbola Jaiyeola, a helicopter pilot.

A little over a year later, in 2016, Abimbola was in the news again, this time, for saving 13 lives by “ditching” the helicopter she was flying.

Ditching is knowingly making a controlled emergency landing on water.

Although some of the passengers suffered some injuries, no life was lost.

Abimbola, an Ogun state indigene, graduated from the Bristow Academy in 2008 and then moved to Florida to continue her training.

In 2017, she was named in Leading Ladies Africa (LLA)’s 100 Most Inspiring Women in Nigeria list.