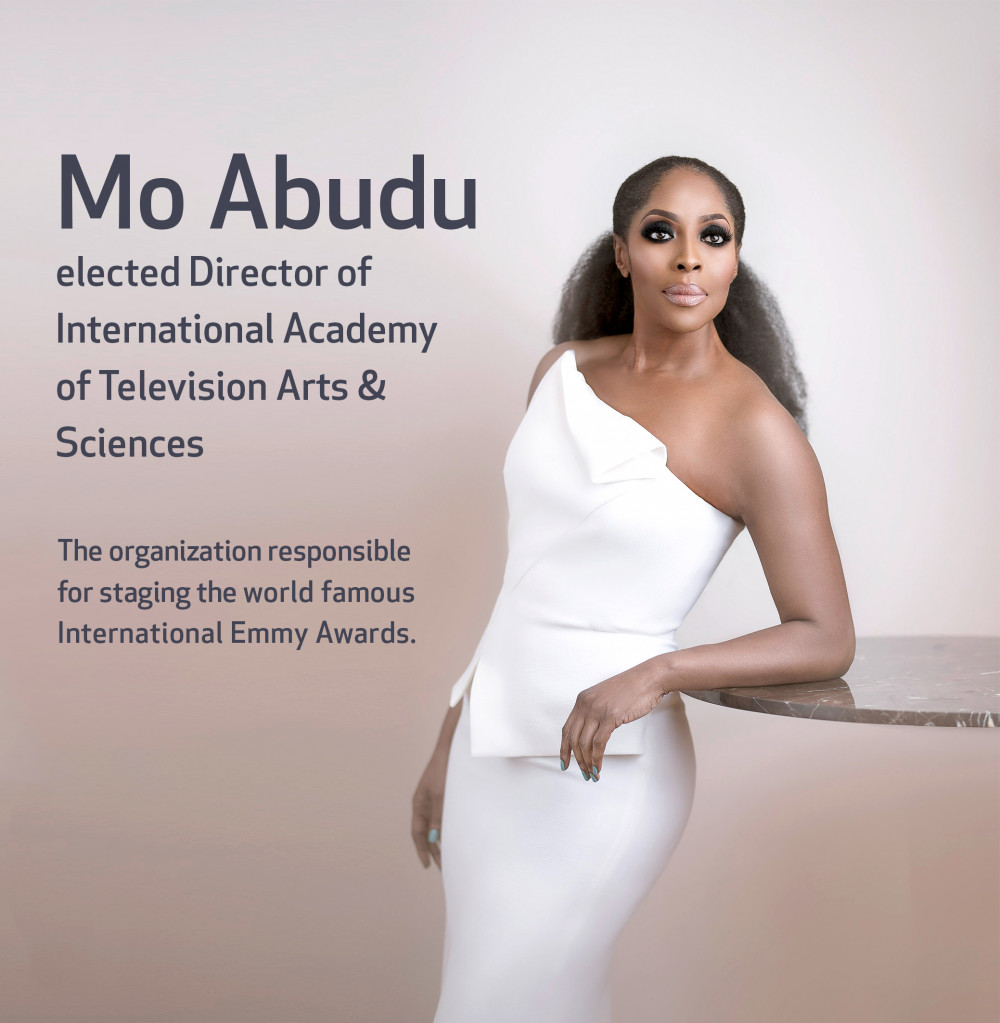 Mo Abudu has been appointed a Director of the International Academy of Television Arts and Sciences, the organization responsible for staging the world famous International Emmy Awards.

The development follows the continued progress made by EbonyLife Media to seek global recognition for Nigerian TV and film production. As a member of the board, she joins a select group of about 100 Directors who are international executives from leading channels, production and distribution companies.

On hearing the news, Mo expressed her delight saying:

I’ve always wanted to be a member of the International Academy, to help make African voices heard when it comes to nominating and rewarding the world’s best television shows. To be approved as a director is even better, because we need a seat at the table when important decisions about our industry are being made. I’m grateful to the Academy for their confidence in me.

The International Academy of Television Arts & Sciences brings together the world’s leading media and entertainment professionals, with over 700 members from more than 60 countries. The Academy is a unique, independent organisation comprised of the world’s television and media leaders who come together to exchange ideas, discuss common issues and promote new strategies for the future development of quality global television programming.