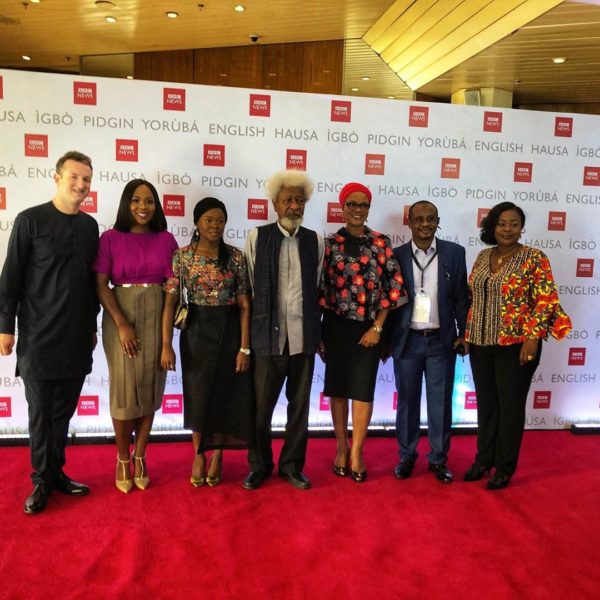 Fake news is all around us, everywhere, and it’s getting harder and harder to differentiate between what’s true and what’s false.

With the 2019 elections almost here, the WhatsApp BCs keep flowing and on Facebook there’s always one new happening after the other. It’s difficult to sift through them on and determine which one is fake.

Members of the two biggest political parties in the country have for days been debating over a particular voice note, with one party saying it was doctored and the other insisting it wasn’t.

Which is why it’s so important what the BBC World Service is doing: a fake news event, “Countering Fake News,” with seasoned panelists to teach us how to read through the news and know for ourselves if it was concocted or if real.

The event, happening at the Transcorp Hilton in Abuja, is being moderated by TV host and Editor-In-Chief, Today’s Woman, Adesuwa Onyenokwe.

Head of West African Languages @bbcworldservice #OluwatoyosiOgunseye speaking about the BBC’s groundbreaking #Nigeria2019 election coverage plans. From 50 reporters on ground across the country to debates in Yoruba, Hausa and Igbo across the country. @bbcnewsnigeria www.bellanaija.com #BeyondFakeNews

Now speaking at ‘Nigeria 2019: Countering Fake News’ is #JamieAngus – Director @bbcworldservice group. Here is talking about recent occurrences of fake news. One of the aims of the conference is to provide Nigerians with the tools needed to identify fake news especially during the election season. #BeyondFakeNews www.bellanaija.com