Earlier on Thursday, Nigerian singer Burna Boy was announced as one of the performers for the 2019 Coachella Music Festival.

Burna and Mr Eazi are the only Nigerian singers in the lineup, and they’ll be performing alongside Ariana Grande, Childish Gambino, Wiz Khalifa, Kid Cudi, Solange among others.

Shortly after the announcement, Burna took to Instagram to call out the organisers for listing his name in a small print. He also asked them to “fix things quick please”.

Burna has further clarified his position, saying his comment is not coming from a place of “pride” or sense of “entitlement” but from his vision for the future of Africa not just African music.

He said he’ll grant an interview soon to make himself understood. 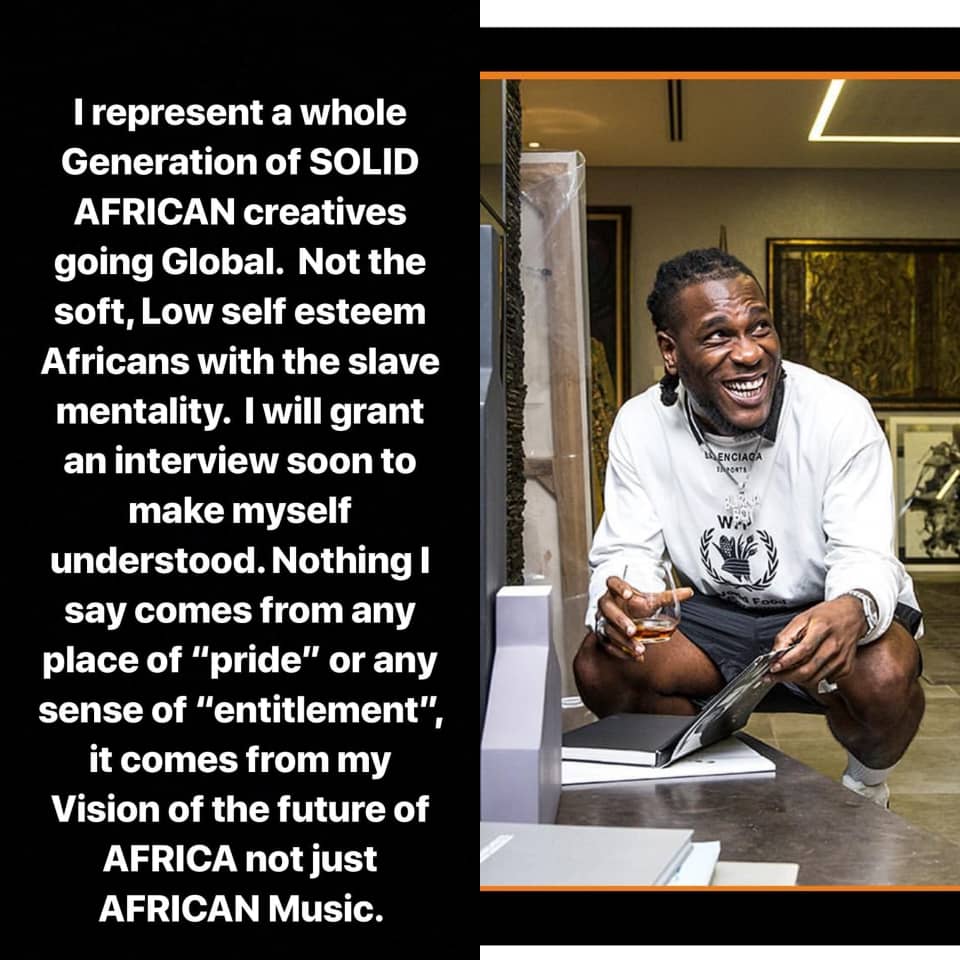