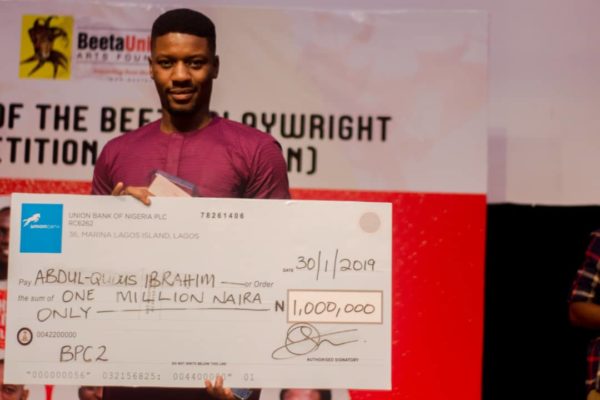 Beeta Universal Arts Foundation (BUAF) had the grand finale for its second Beeta Playwright Competition (BPC), led by award-winning actress Bikiya Graham-Douglas who is popularly known for her portrayal of Hadiza Bako in the hit TV series Battleground. The competition had such jury members such as veteran actress Ego Boyo, publisher Ibiso Graham-Douglas, led by award-winning playwright and jury chairman, Professor Ahmed Yerima. 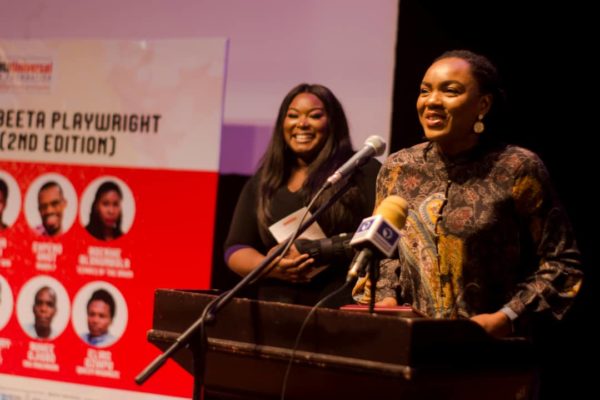 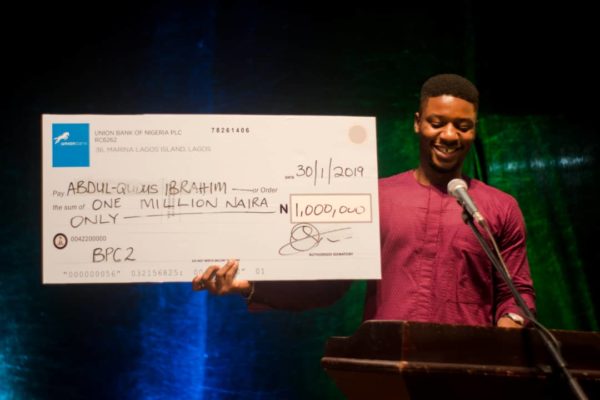 Abdul-Qudus Ibrahim’s Play JAGAGBA emerged the winner out of 348 entries that were submitted from 30 states across Nigeria winning N1 million, a publishing deal and a production of the Play.

Graham-Douglas said, “It is a competition to find new voices in Nigerian Literature to tell our stories.” Ogochukwu Ekezie-Ekaidem, Head of Corporate Communications for Union Bank noted that her bank was keen to intervene in youth talent development, adding, “One area of focus for us is talent development. It’s a way we can really empower our youths. We’re glad to be part of this relationship. The country is rich in art and culture, but there is a gap and we need to help tell our own stories. We believe telling our own stories is important. There are many platforms through which we can tell our stories. We commend your (the contestants) talent.”

Last edition’s laureate, Paul Ugbede, commended the contestants and Beeta Universal Arts Foundation (BUAF) for its work in providing a platform for youngsters to excel in their craft. According to him, “The most important thing is the platform this contest gives you all. I can tell you that my play (Our Son the Minister) was the most performed in Lagos last year. I came to pursue my Lagos dream. This is a platform to grow; this is a family to grow.” 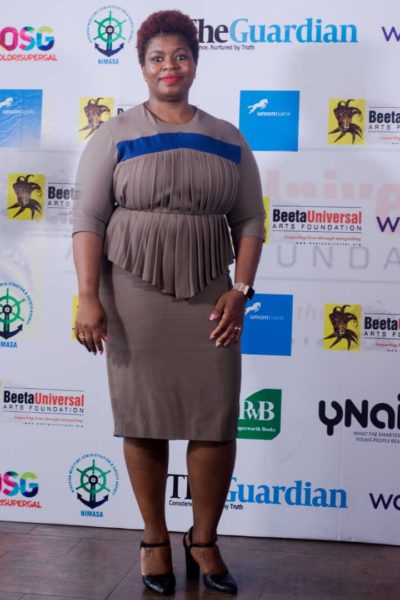 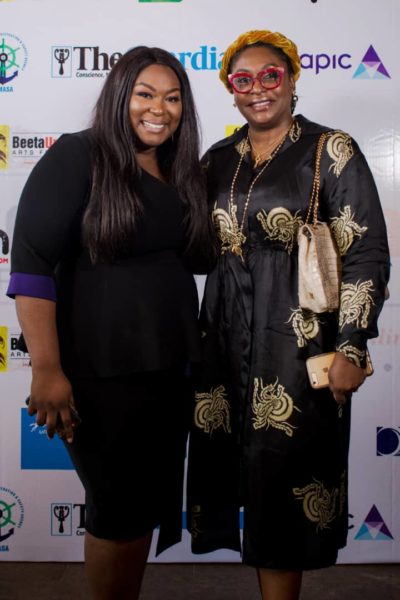 While giving the N1 million star prize to the winner, Shaibu Husseini also a Judge, who represented jury chair, Ahmed Yerima, commended the quality of works submitted, saying they were very high. On the winning play, he said, “It will not only come alive but also go on tour. This is the passion that Bikiya has and we encourage her. The judging process was exciting for us all.”

All the contestants expressed excitement at coming thus far in the contest and the opportunity it gave them to express themselves. BUAF also gave recognition awards to institutions for supporting the arts and culture sector. Theo Lawson of Freedom Park, Union Bank, and Lagos State Government, British Council and MTN Foundation were recognized for supporting the sector. This event was sponsored by Union Bank and supported by WAPIC Insurance, Oyewole & Olajide LLP, and NIMASA with media support from YNaija and The Gaurdian. 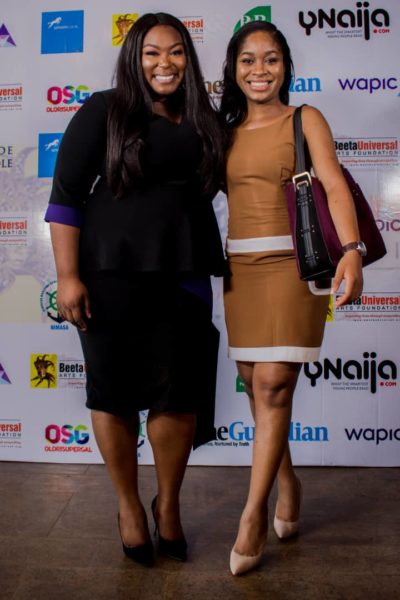 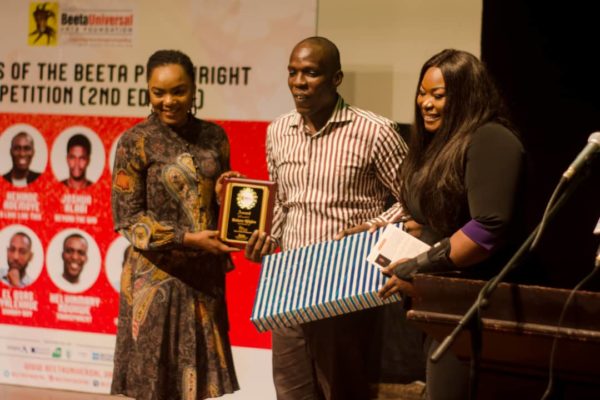 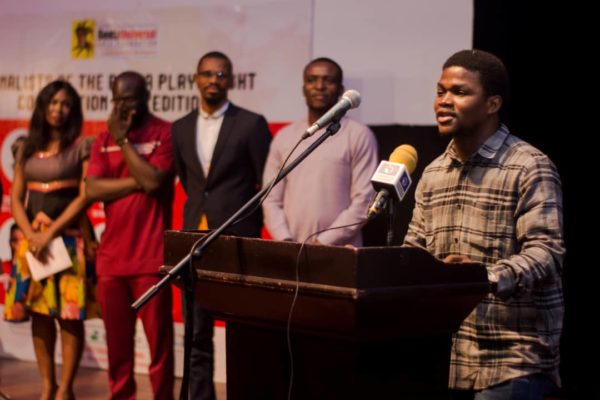 Joshua Alabi for his play Beyond the Wig Winner with all other finalists.