The just-concluded Greensprings/Kanu football camp co-sponsored by Union Bank was an exciting and intensive football training camp organized for children between the ages of 5 and 17. The 5-day camp gave the children an opportunity to receive first-class football training from coaches from the Lagos State Football Association, West Bromwich Albion Football Club, UK and Dutch Football Association, Netherlands. From Left – Sector lead, Union Bank, Emmanuel Essien;  one of the winners of the competition, Quadri Araromi and Director, Greensprings School, Lai Koiki, at the award ceremony. 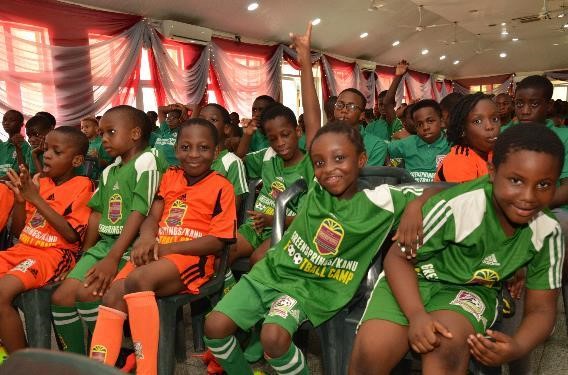 Children at the Boot Camp

At the end of the camp, awards were presented to the most outstanding participants, along with cash prizes from Union Bank. There was a tie for the first position and 2 children won the grand prize of scholarships to study at Greensprings School. 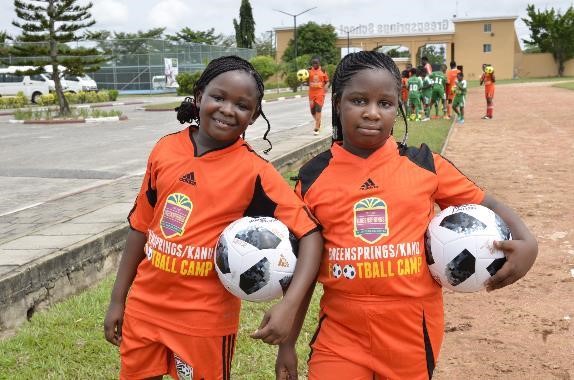 As part of the benefits of participating, all the children will also get a lifetime opportunity to receive direct mentoring and coaching from Nigerian football legend, Kanu Nwankwo. 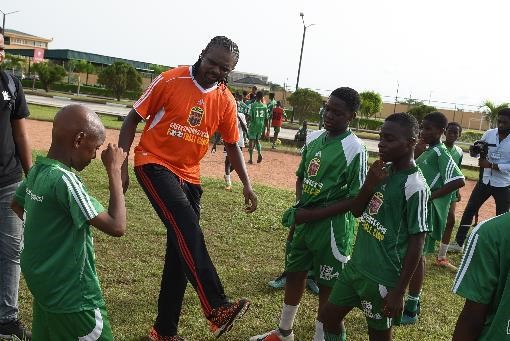 Footballer, Kanu Nwankwo working with the children during the camp.

Thanks to Union Bank’s sponsorship, five football-loving children from underserved communities under the slum-to-school initiative had the chance to experience world-class football training and compete for the ultimate prize. 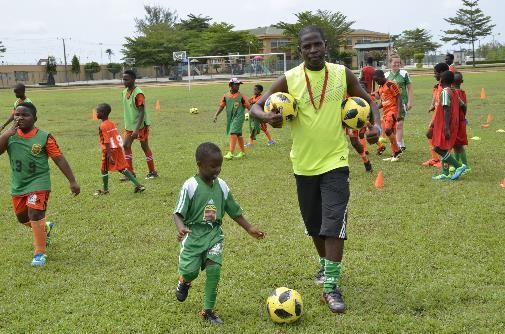 Since the football camp was established in 2012, nine students from underserved communities have been awarded educational scholarships into Greensprings School. Some of these students have since progressed into the Nigerian Under-15 National Team, while some others have had the opportunity to play for European football clubs. 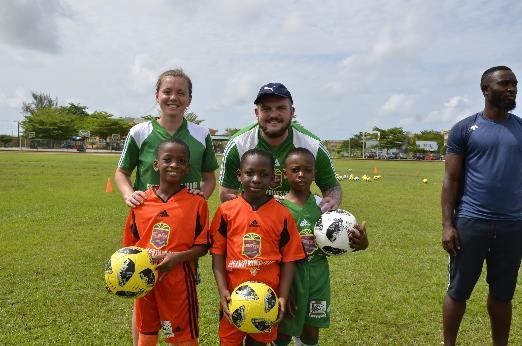 House on the Rock Family FunDay was so Much Fun + We’ve got Photos!