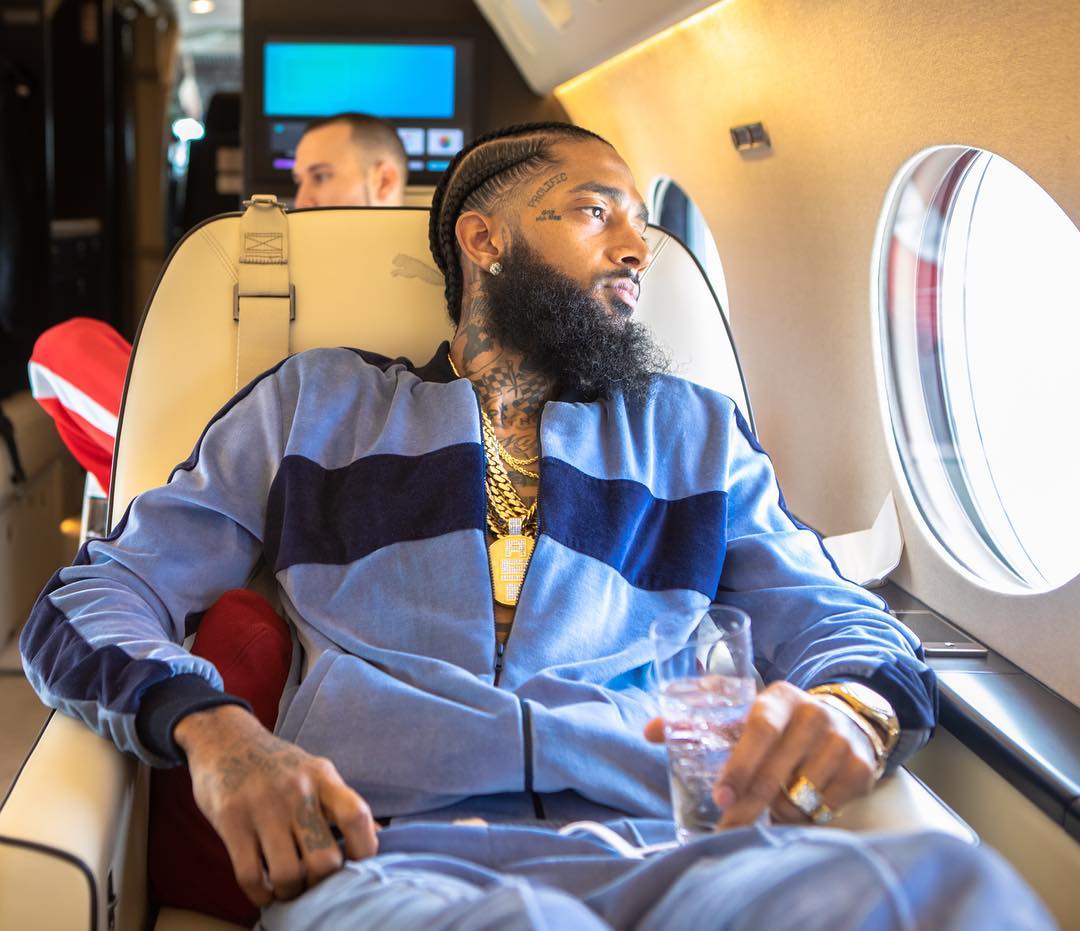 As the world continues to mourn American rapper Nipsey Hussle, born Ermias Asghedom, who was fatally shot outside his clothing store on Sunday, we shed light on his achievements and the impact he’s been making in his community.

Nipsey was known for his success as an independent artist and for his contributions to the community. He started rolling out mix-tapes in 2005 and sold his 2013 mix tape “Crenshaw” for 100 dollars a piece. This move was lauded by JAY-Z who then bought 100 copies.

According to CBS, Nipsey prided himself as an independent artist, rejecting deals from record labels that were not on his own terms. After the 2013 mix-tape, he released another “Mailbox Offering” which he sold for 1,000 dollars a piece. He later decided to cut a deal with Atlantic Records that heralded the production of “Victory Lap”, after they agreed to his terms.

Outside of his music, he found success as an entrepreneur in his hometown. He opened a STEM center and co-working space where young people could attend classes, bridging the gap between inner city kids and Silicon Valley.

Speaking with The Los Angeles Times, he addressed his contribution to his community saying:

Follow the athletes, follow the entertainers, and that’s cool but there should be something that says, ‘Follow Elon Musk, follow [Mark] Zuckerberg.’ I think that with me being influential as an artist and young and coming from the inner city, it makes sense for me to be one of the people that’s waving that flag.

According to Forbes, together with his business partner, Dave Gross, he recently bought the plaza where his Marathon Clothing is located with a plan to knock it down and rebuild it as a six-storey residential building atop a commercial plaza.

The South African reports that,he was working on a documentary that covered the trial between Dr Sebi, a Honduran doctor who was murdered shortly after claiming he had the cure to AIDS, and the Supreme Court.

In an interview with The Breakfast Club, he was asked why he wanted to do a documentary on the case and he responded saying:

I think the story’s important, I think its a powerful narrative.

Earlier this year, Nipsey’s debut album “Victory Lap” received a nomination for best rap album at the Grammy Awards, where he was nominated against Cardi B, Mac Miller, Pusha T and Travis Scott.

He began dating actress Lauren London in 2013 and she gave birth to their son, Kross Asghedom, three years later. He also has a daughter, Emani Asghedom, from a previous relationship.

Buhari: “I’ll do my best during the Second Term”