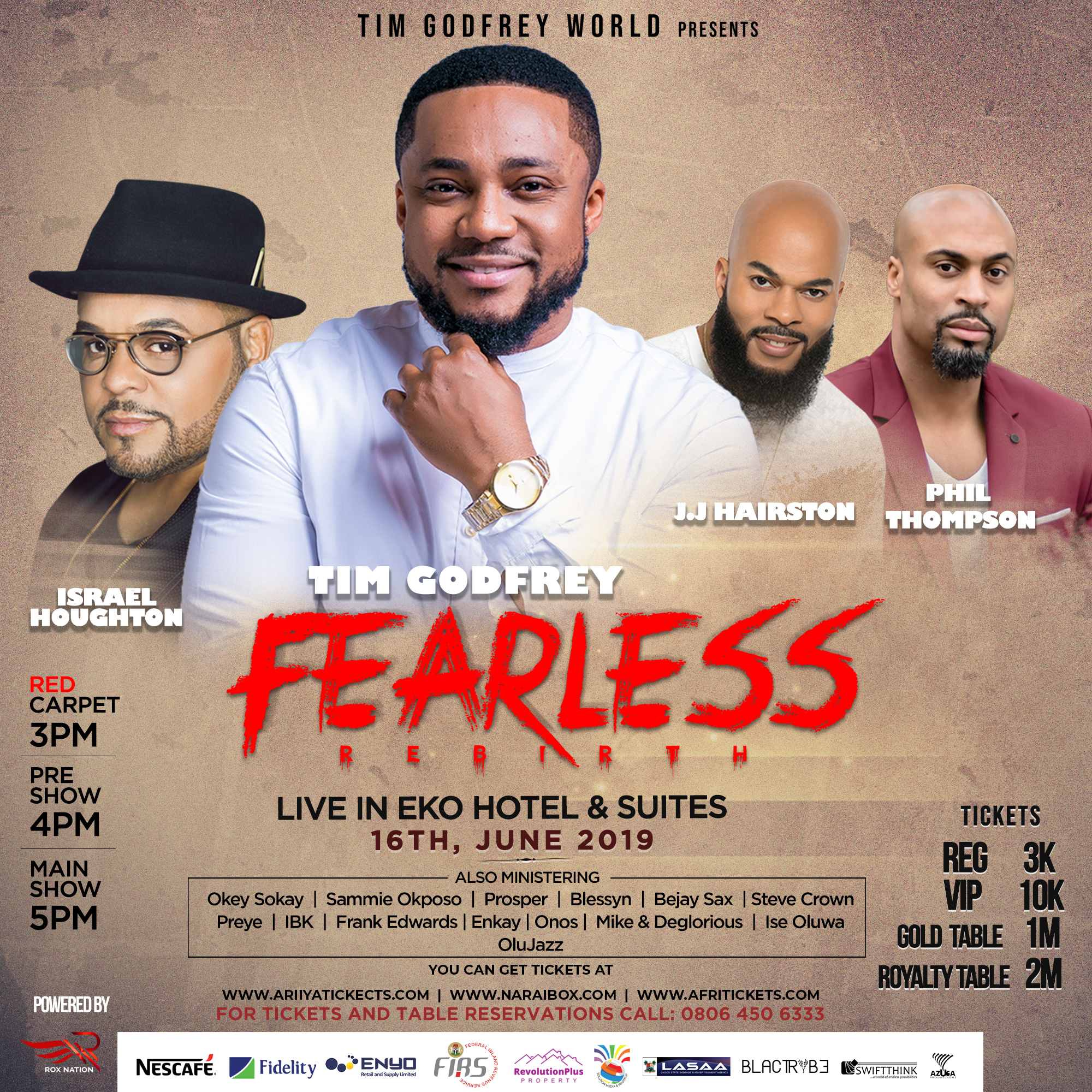 In 2016, Fearless was held with well over 12,000 people in attendance. The show featured energetic performances from Tim Godfrey and 11 time grammy nominated and 2 BET award winning gospel artist Marvin Sapp. This edition gave birth to the fearless dream.

In 2017, 12 times Grammy and 17 times Stellar Award winning singing sensation Kirk Franklin joined us in one of the most phenomenal concerts in Nigeria, and Africa at large, having in atttendance over thirty 30,000 people

In 2018, Fearless was held in 5 different states in Nigeria: Akwa Ibom, Rivers, Lagos, Abia, Abuja. Tim Godfrey and Travis Greene were the headliners for the tour, which also featured energetic performances from other a list celebrities. It was a huge success as we gathered well over 100000 thousand people in total.

It’s less than a week to one of Africa’s largest music concert, and also the Africa Gospel Music and Media 2019 Event of Excellence nominee, The Fearless Concert.

The 2019 Fearless Concert seems to be a different one entirely from the last three that has been held as many more artistes are lined up for the 4th edition of the Tim Godfrey’s annual music Concert.

Earlier, Award winning International artistes Israel Houghton, Phil Thompson and JJ Hairston have been listed as guest ministers who would be ministering alongside the ROX Nation artiste.