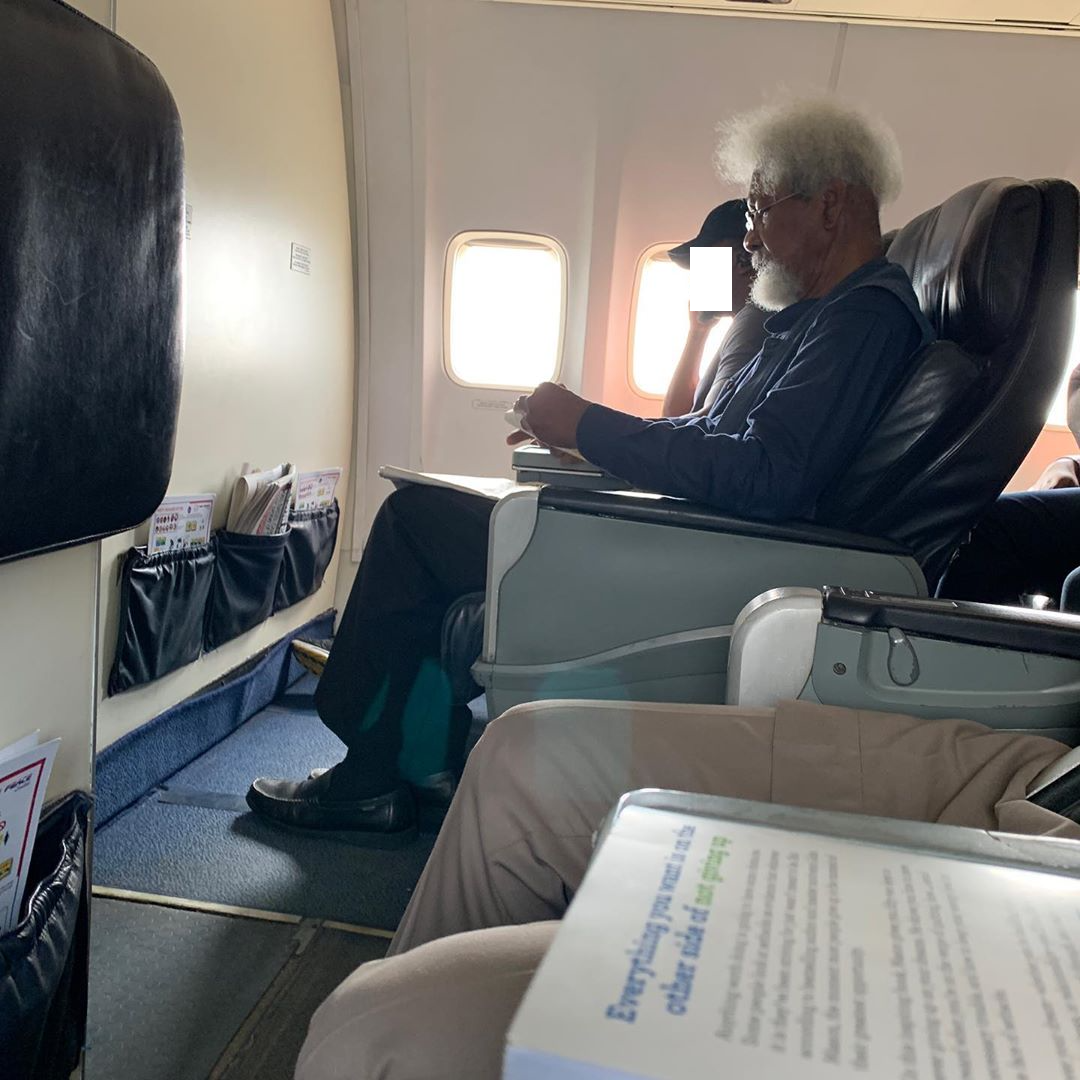 Following the incident between an airline passenger and Professor Wole Soyinka, the Nobel laureate’s son Olaokun Soyinka has penned down an open letter to Tonye Cole who brought the incident to the public.

The young man had gotten to his seat to find Soyinka there. According to Tonye Cole, who shared the details of the incident, the young man told Soyinka that the seat he was on is his and he wants to sit there.

Well, Cole and a few others, faulted the young man for doing that.

In the letter, Olaokun shared a story about his father, concluding he has never ‘demanded’ respect, but ‘earned’ it. 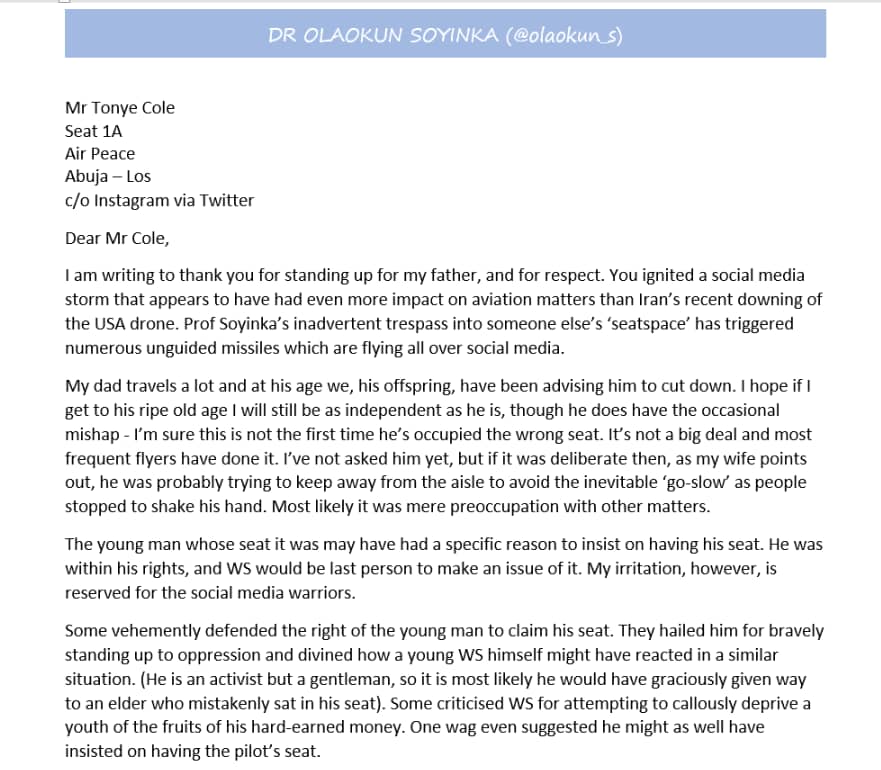 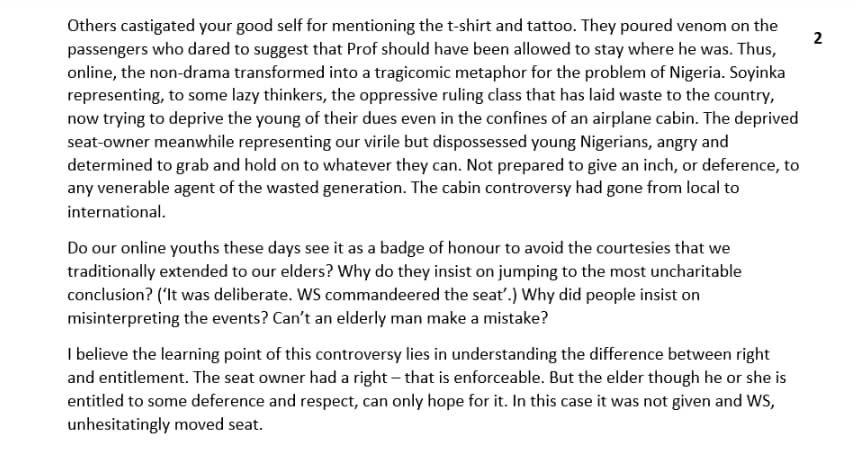 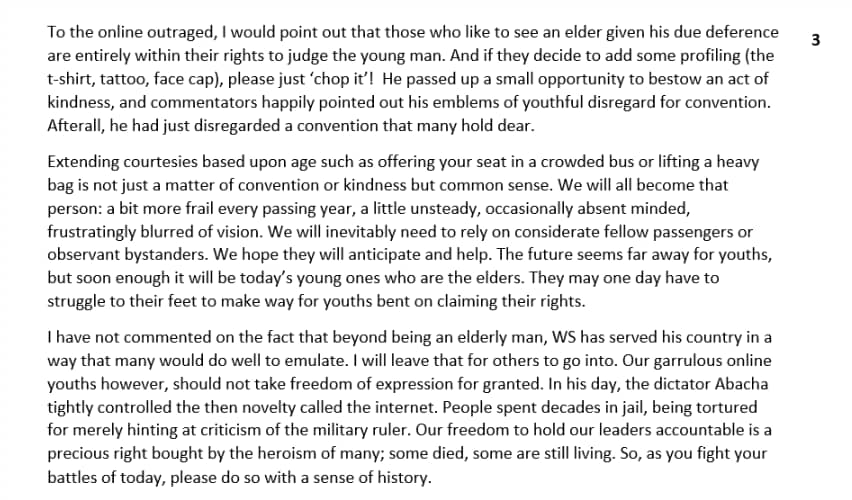 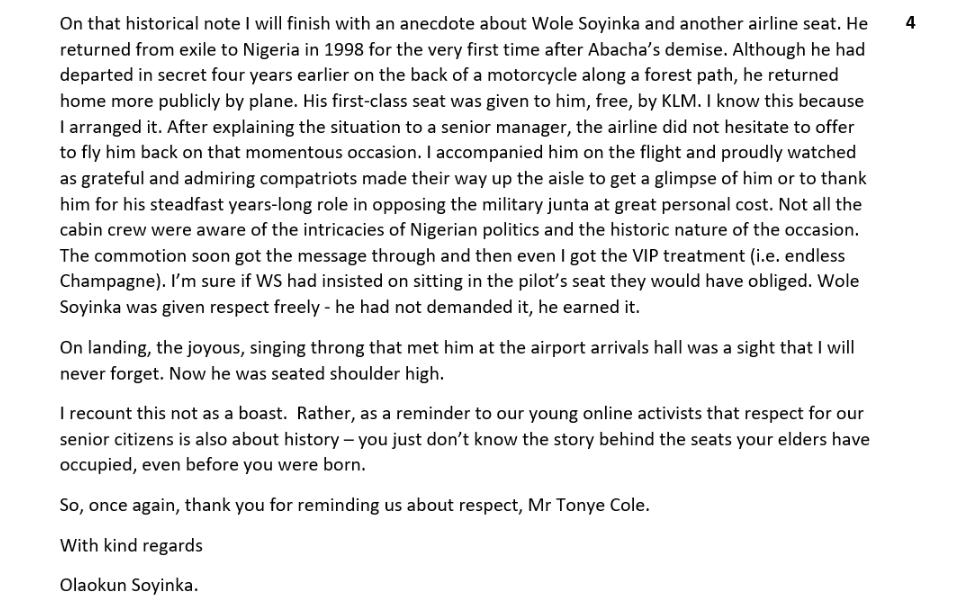 R. Kelly gets support from Fans as he Returns to Court for Hearing on Aggravated Sexual Abuse Charges