Frodd with Esther and Ike with Mercy had a fun moment discussing their relationship plans beyond Big Brother.

It’s been an interesting day for the lovebirds in the House. Esther enjoyed playful banter with Frodd and Ike and Mercy playfully spoke about life after Big Brother. Let’s dive in.

Esther had time for Frodd today, for every one word spoken by him, there was always an instant give-and-take from her. When she saw some doughnut in the fridge and asked about it, he said that she could have it. She responded that she didn’t need it. As if that wasn’t enough, she also said that his voice was like a girl’s.

In the kitchen, Mercy was angry at Ike for comparing her cooking to Tacha’s. She also told him that she will miss Tuoyo because not even Ike can carry her as he always did on Saturdays. And then she asked, “Will you carry me?” Ike didn’t know what to say, so he only smiled. 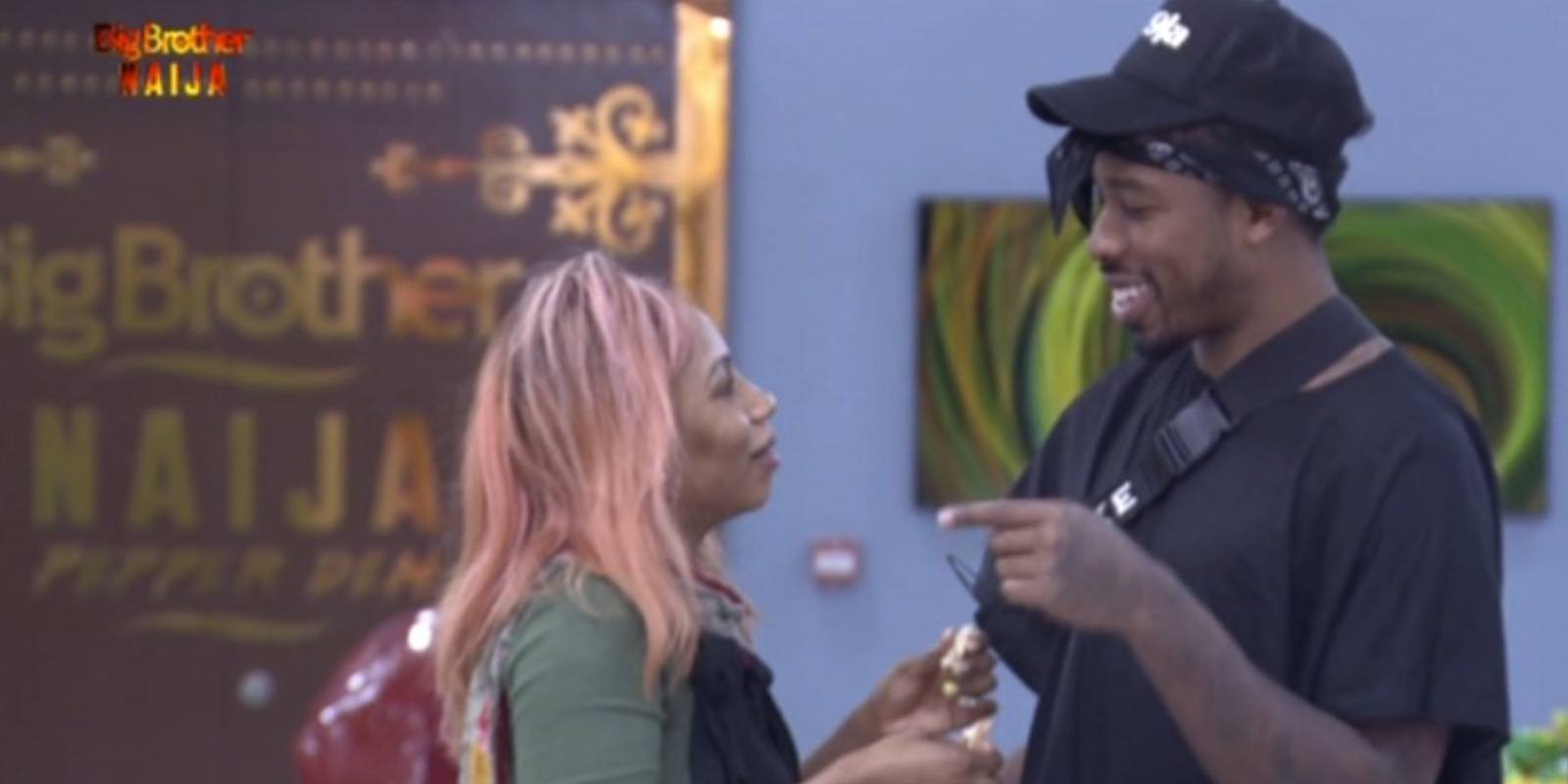 While Diane was talking with Ike and Mercy, she asked to know if he will still be with Mercy outside Biggie’s House. His response was, “I can see myself being with Mercy forever.” Mercy’s reply was, “I think I will still be with Ike regardless of what happens.” When Diane asked if Ike would never play on Mercy’s emotions, he looked at her in amazement. We wonder if both ladies had planned the hot seat in which they put our gangster because he didn’t appear to like it. 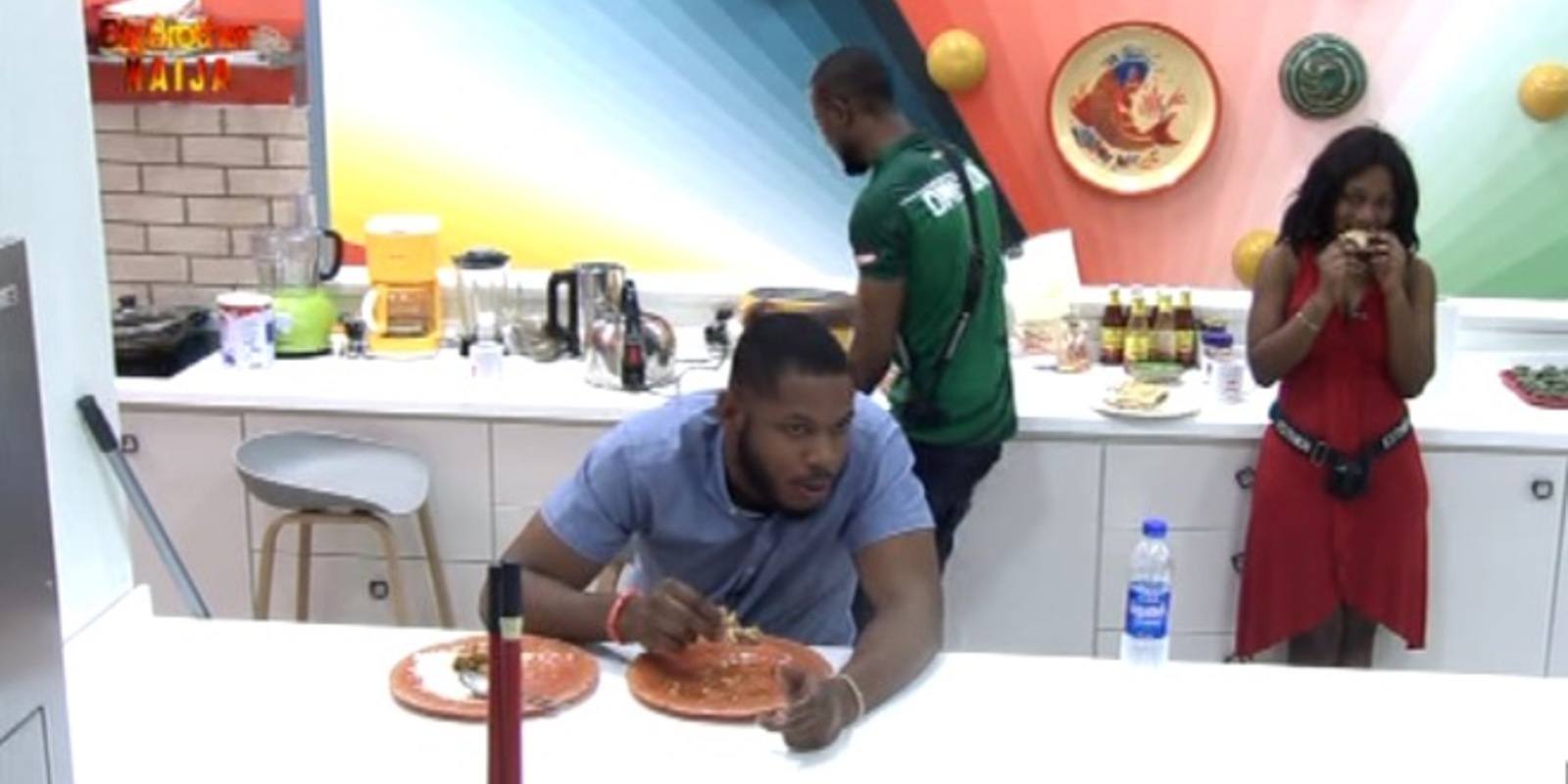 As the drama unfolds, we hope to keep getting more doses of entertainment from the lovebirds in the House.

Boys Will Be Boys

What will the Big Brother Naija House feel like with only male Housemates?

Whether it’s playing basketball or flying paper planes, the men in the Big Brother Naija House know how to catch fun whenever they gather together.

In the spirit of fun and happiness, some of the Pepper Dem Housemates displayed their throwing prowess in a game of basketball which was played in the sitting room. With a little ball and a basket placed in a far distance, the Housemates took turns to aim for the basket. In the midst of this all, one thing has been made clear- some Housemates can’t throw a ball to save themselves.

The Pilots In Our Midst

From Mike’s classic jet to Ike’s noseless plane, the men showed us that one can fly a plane without stepping one’s feet into aviation school. How? Through their paper planes of course.

Earlier on, Biggie gave the Housemates writing materials to carry out their love letter task. After composing letters to their love interests, they had some papers left. It was these papers that the men used in creating planes which would fly them to the land of their dreams (and yours too, if you are daring enough). 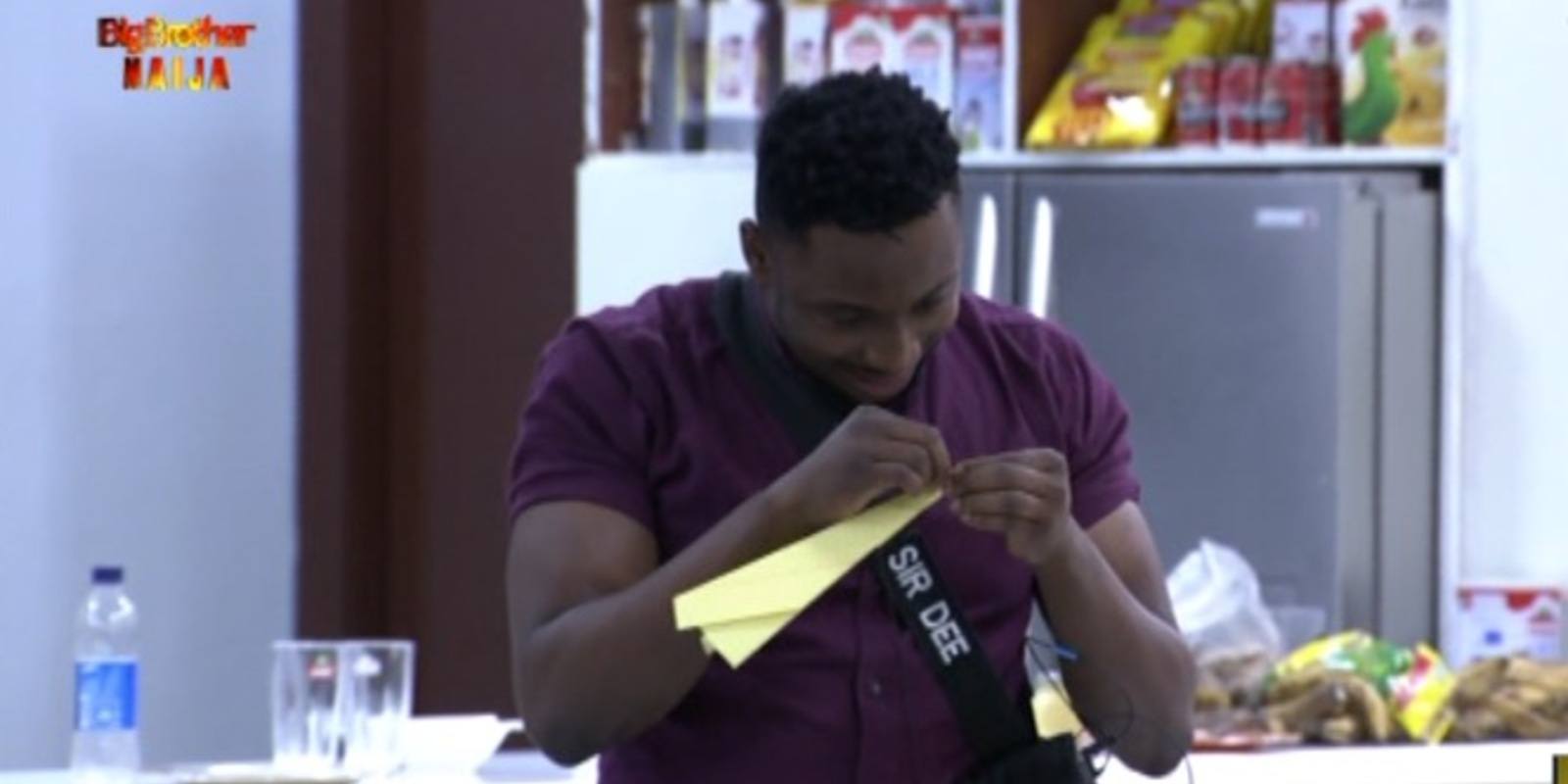 Here are some thoughts on their creations:

You know this actually brought back memories. I did make a glider at home too and was throwing mine around the house. Shame on me #Bbnaija

My sister and i have joined them in flying paper planes…chai ?? #BBNaija

This is not the first time the men have expressed love for their favourite automobiles. However, a new tidbit has been added- love for vintage cars. Omashola who took the lead on this one said he would love to own a vintage car which he would drive only on Sundays. Well, with the traffic in Lagos, we won’t blame him if he treats his vintage car like a Sunday best.