What happens when the one you love betrays you?

In so many ways, Frodd has been let down in his rollercoaster situationship with Esther. Or is it even a type of ship?

His love triangle with Esther and Nelson is no news to the House and in turn, Esther has not failed to throw his affection back at his face.

Following their back to school Task Presentation, Esther and Frodd were seen having a mini argument about who left Frodd’s art portrait of Esther. In his words, he kept their portraits together in preparation for the Task but Esther only chose to pick up hers. Was she trying to sabotage me? He thought loudly as he narrated the ordeal to Ike later that night.

According to Frodd, anytime he makes an attempt to stay distant, she always tries to find her way back – which has been evident in their recent cooking time together.

In response, Gedoni advised him to call a meeting with the involved parties and lay down his true feelings in order to sort out the situation at hand.

However, Ike wasn’t buying any of Gedoni’s advice as he sternly told Frodd to keep playing the game. In his words, “Gedoni’s words are too mature for this game, I’ll help you plan an act of revenge instead”. Do we sense a love payback?

If there’s a Team Esther, I hope you people have started planning prayer and fasting in your whatsapp group? Because Frodd and Ike are preparing for your girl both physically and Spiritually ? #bbnaija pic.twitter.com/FIKcMFaHzp

Frodd and Ike entertained me this night. I’m starting to like the confusion of this love triangle between Nelson, Esther and Frodd??? it has potential for madness ?? #bbnaija

After their love revenge talk, Ike and Frodd sealed the night with prayers and goodnight wishes. Bromance goals, we reckon.

Could this be the final wrecking ball thrown at this possible ship? What will be the event of things following Ike’s advice to Frodd?

In the garden, Mike advises Frodd about his lack of sensitivity in his relationship with the ladies.

In the garden, the pepper Dem gang expressed their concern about the ‘ships’ in the House, especially the rivalry that exists between Frodd and Nelson. Some gave their advice out of genuine love, others saw it as a strategy.

In the garden, Frodd explained to Mike why he thought he misunderstood him. He said that despite being emotional he clearly knew what he was doing, but Mike didn’t understand him enough. It was easy for Mike to listen to him speak about himself this way, but he wouldn’t let him lie about how everybody perceives him in the House.

Though Mike gave him rapt attention when he went about how he related with women, he told him that he was aggressive in his approach. When Frodd tried to cut him short, (because our man was hit with Mike’s bluntness), Mike felt he was right about his observation of him. “You should be more sensitive.” He told him. Though he appreciated him for his advice and promised to turn over a new leaf, he didn’t seem pleased with the frankness of it. 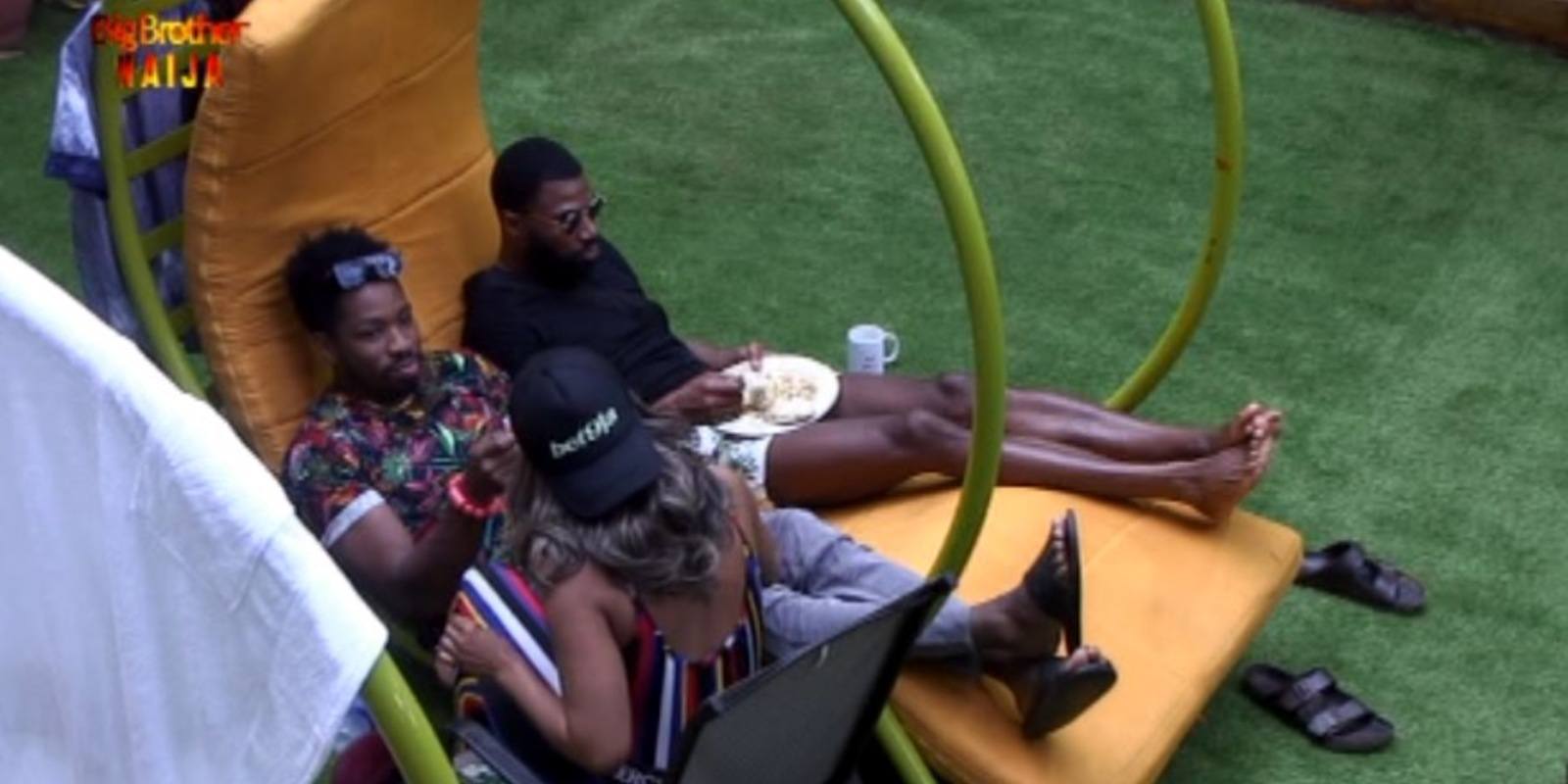 What was Ike up to when he told Mike and Mercy that Frodd was playing his game the wrong way? He had earlier promised to help him plan an act of revenge on Esther. We wonder how he planned to do that without ending up ruining what’s left between the duo. With his double-faced act, how honest was his voluntary plan to help Frodd?

What do we call what’s going on between Esther and Nelson? Our guy wanted to know his place in her heart, so he said that the earlier they define their ‘ship’ the better. He said that it would be better if he quit on time before his feelings became too deep. Esther responded that he was restricting himself, that she wasn’t sure if there was going to be anything serious between them. 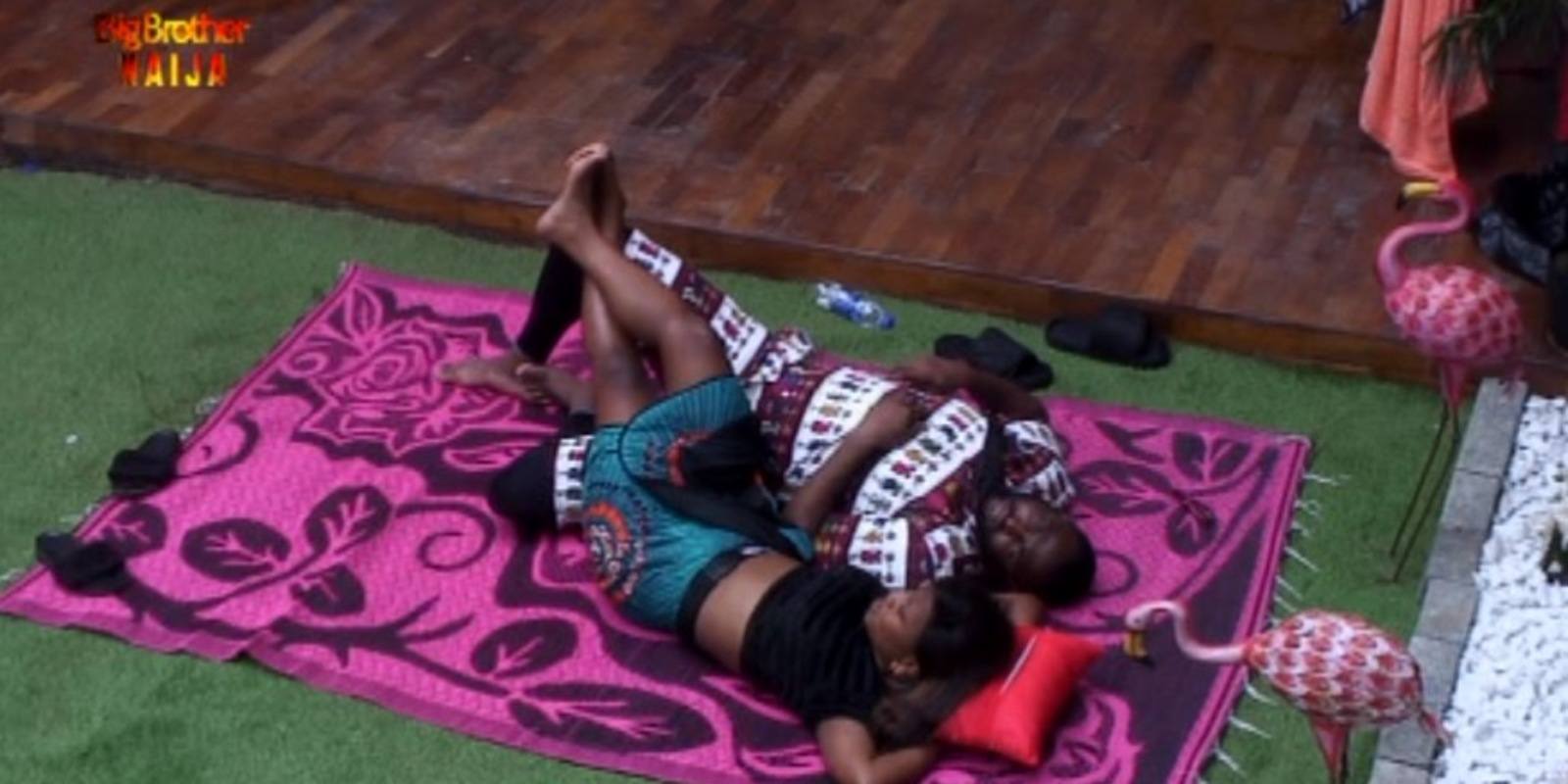 With the love triangle literally on the lips of almost everybody in the House, Frodd might have to contend with more people than he imagined.

A Lit Weekend With DJ Kaywise and Ycee

DJ Kaywise will light up the dance floor at the Big Brother Naija Saturday Night Party as Ycee sets to rock the stage on Sunday.

This weekend the Pepper Dem gang will be treated to great sounds as DJ Kaywise and Ycee set to perform on Saturday and Sunday Night respectively.

A prominent DJ well known for his street bounce, DJ Kaywise has got a kind of vibe that keeps the audience asking for more anytime he shakes the dancefloor with hot Naija songs across board. Little wonder Big Brother invited him as the DJ for the Pepper Dem gang’s Saturday Night Party. Guys, be ready for a bang!

To say that this Saturday will be one of the Housemates’ most memorable moments will be an understatement. How best could they have shaken off their Nomination worries other than to do it on the dance floor! With DJ Kaywise on their side, it is going to be a fun-filled Saturday Night. 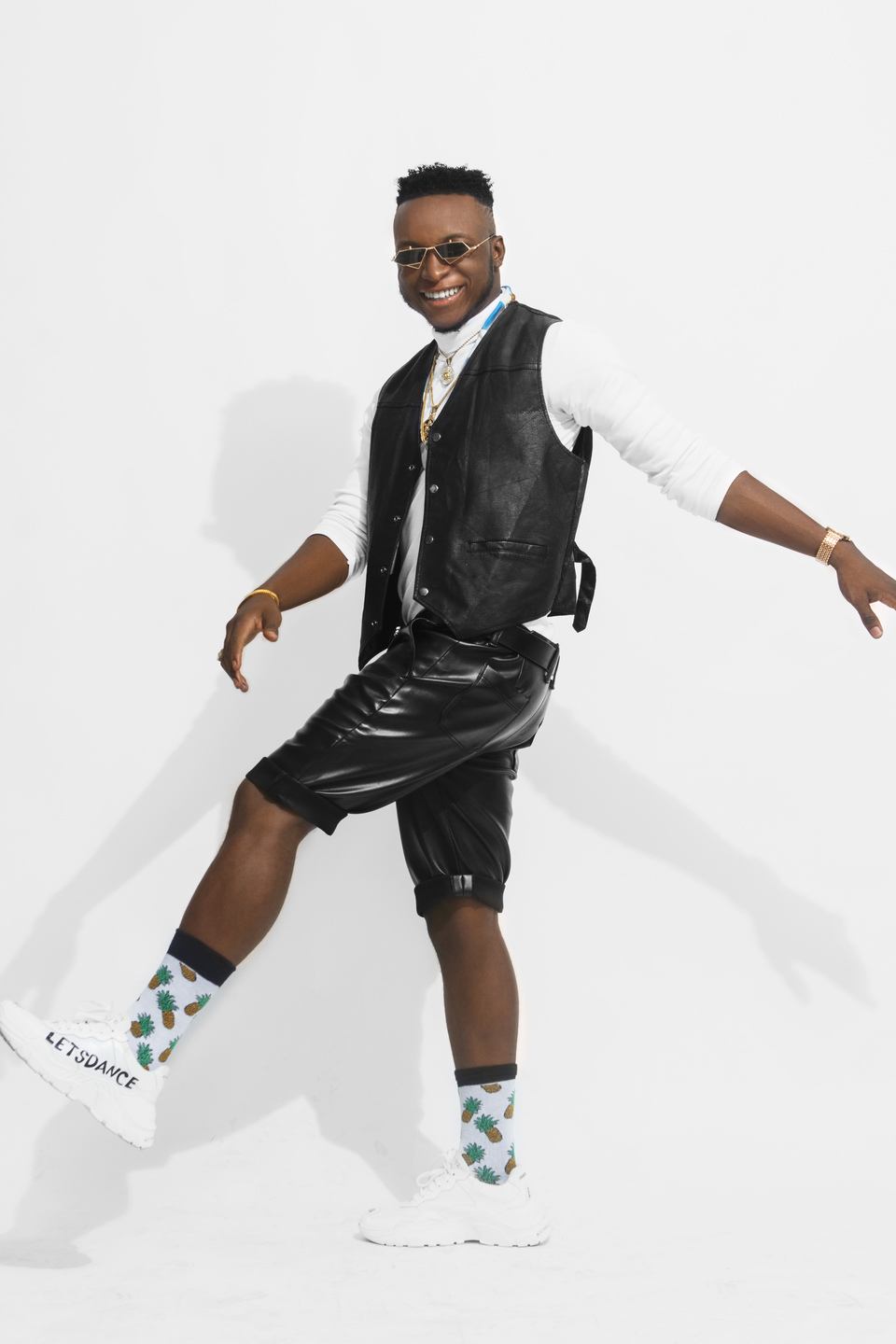 After the reggae plays the blues. Yes o, after loads of enjoyment on Saturday with DJ Kaywise, we are going to also have a thrilling moment as, at least one of the Housemates bid Biggie’s House goodbye. Guess who will be in the House? The foremost Nigerian rapper Ycee will rock the Big Brother stage.

The ‘Condo’ crooner whose style of music could bounce you off your worries is renowned for his hit songs ‘Jagaban’ and ‘Juice’ featuring Olamide and Maleek Berry respectively. What better way to have a fulfilling Sunday evening! No doubt about it, you are up for an electrifying performance like no other. See why we can’t wait? 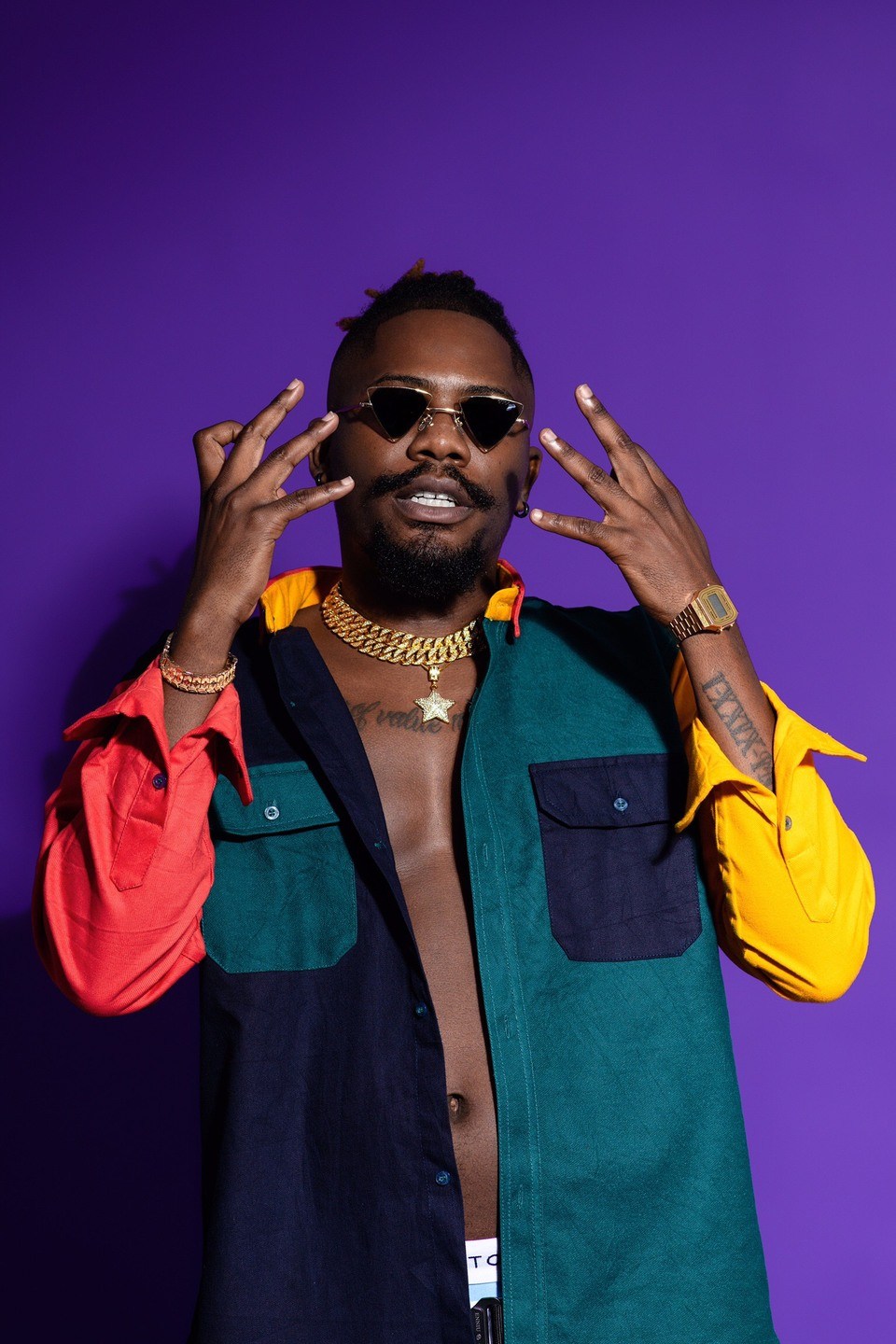 As we await Ebuka’s announcement of the Housemates who will get to leave the House, we will be served hot, fresh musical performance by Ycee. After all, Biggie’s House isn’t all about Evictions.

As they prepare first Saturday Night Party without Tuoyo, whose strip tease never ceases to entertain us, let us hope that the cup of Eviction will also pass over them at the Sunday Live Eviction Show. But, will it?

The Housemates won their wager last night but Biggie had a punishment for them.

Big Brother was not impressed with their debate at the Thursday Night Presentation and the punishment was to count a large bowl of rice? 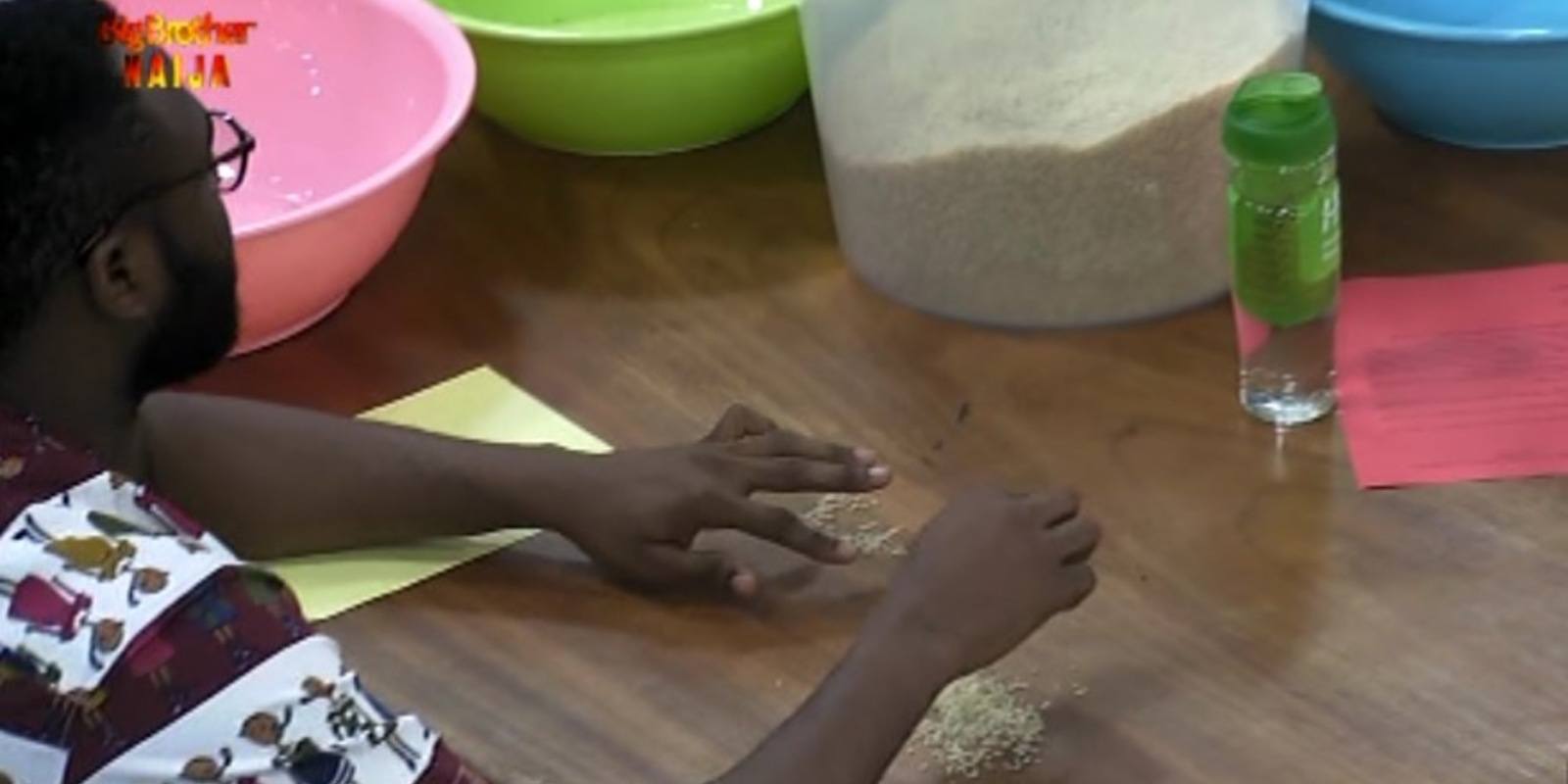 While they may have won their wager, like unruly and nonchalant students they were still punished. Big Brother asked the Pepper Dem crew to select four Housemates that will serve the punishment on behalf of the rest. That moment when everyone is looking at each other like- who will bell the cat?

Khafi, Nelson, Seyi, and Diane volunteered to be punished on behalf of others. If they had known what Biggie had in store for them, would they have freely offered themselves? 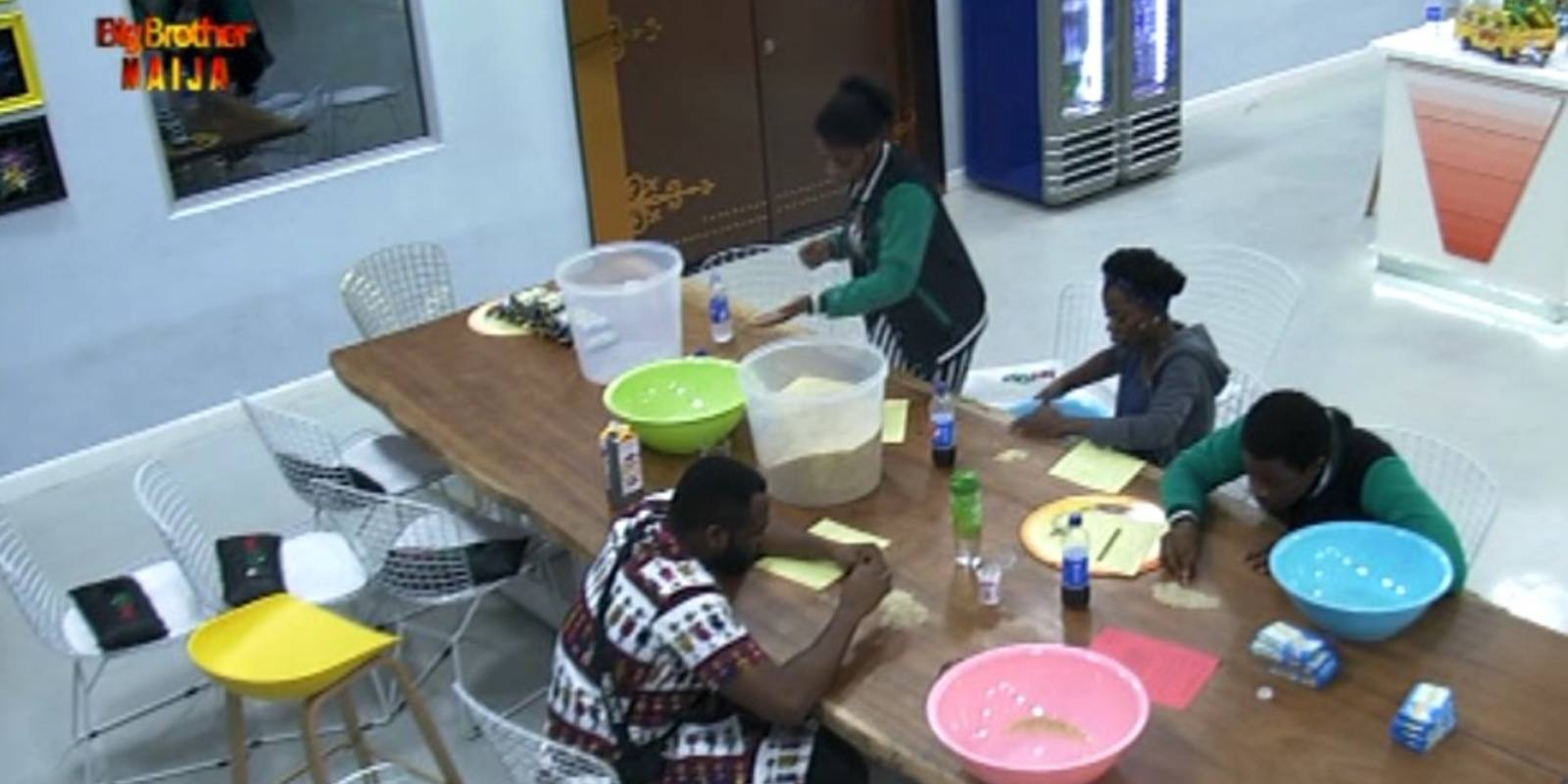 The punishment Biggie gave the volunteers was to count the rice grains in a large bowl and divide it equally into four smaller bowls. We were sure that as soon as the four Housemates heard this, the thoughts on their minds were- shift let us faint.

Think of a Herculean Task and this grain punishment is the perfect example. What about the rest of the House? Well, Biggie gave strict instruction that the other Housemates should not contribute in any manner. Talk about being on your own (OYO)

We don’t know what Biggie is up to yet but on second thought, maybe there’s a reward of Bet9ja Coins attached to this? We just have to be very patient to see this through. Meanwhile, to the ‘rice pickers,’ we say “well done?.

The Housemates continue to relieve some of their childhood fun as they play detective in the Bet9ja Arena Games.

In their cop outfits, the Housemates played the role of detective in five-course police inspired challenge. The first challenge was to complete a puzzle, after which they moved to the second challenge which was a shooting range- after all, what good is a policeman if he’s a poor shot. The third was a fitness challenge, the fourth- select five brown beans from a bowl of rubbish (this is where the ‘rice pickers’ show us their wealth of experience) and the final challenge of the night was to jump through tyres – in and out style. The Task had the Housemates in a knot and they quickly asked for clarification from Biggie who explained the challenge a second time. They really needed it because, on the streets of Big Brother Naija, 400 Bet9ja Coins ain’t a joke. 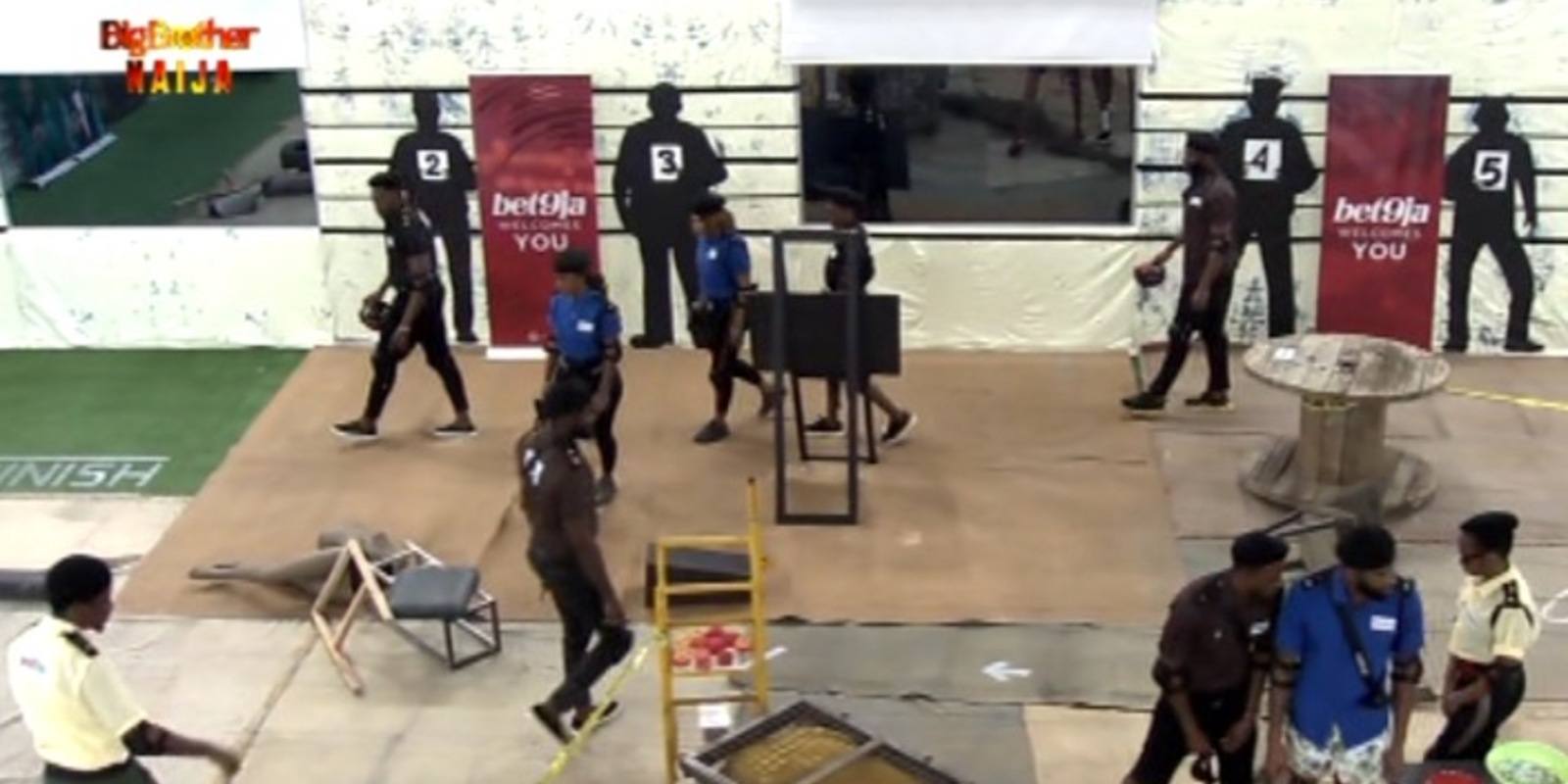 Each Housemate had a maximum of five minutes to solve the crime and they showed us that to be a cop isn’t beans. Khafi the cop, Esther, Omashola, Thelma, and Tacha all took more than five minutes to complete the challenge. With the way they took their time in the Arena, one thing is clear- not everyone is cut out for detective work. 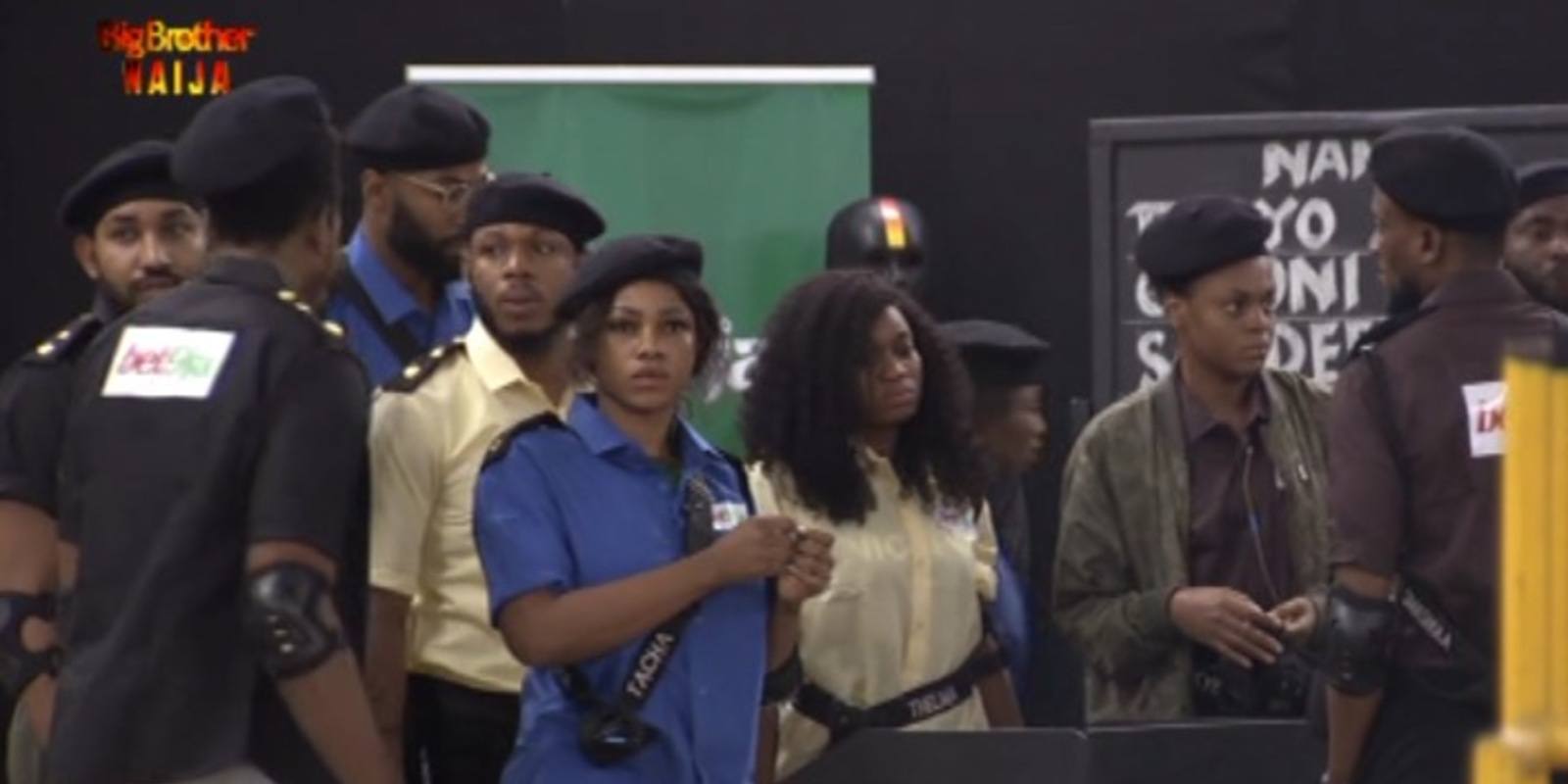 Another Bet9ja Arena Games is in the bag and we can’t wait to find out the overall fastest Housemate who will cart away the 2million Naira reward at the end of the season.

“About to walk down the aisle and be a mommy” – Is Nicki Minaj telling us something with this Song?