Mother Teresa is quoted as once saying “I alone cannot change the world. But I can cast a stone across the waters to create many ripples”. It’s a statement that speaks to three things. One, that change is possible. Two, a single person can make a difference. And three, that for change to occur, a partnership is needed. 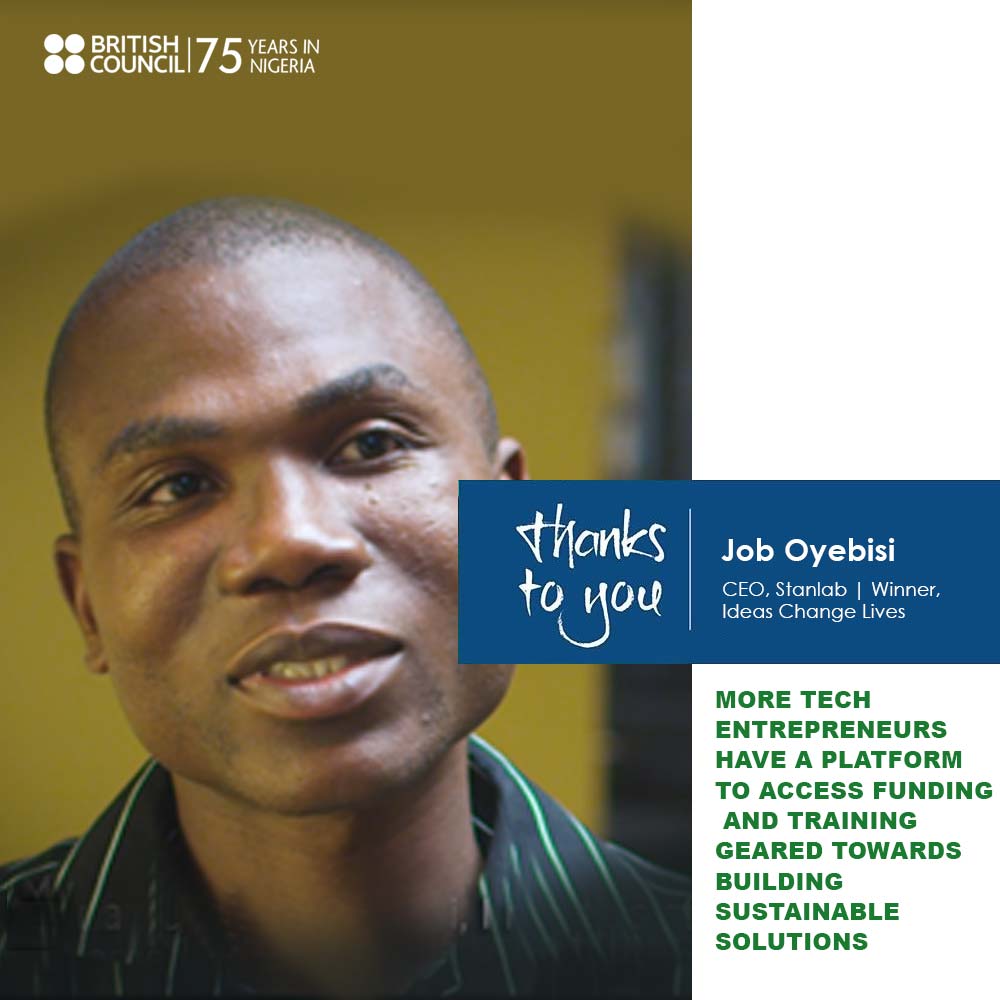 It’s what we set out to accomplish when the British Council was first established in Nigeria, 75 years ago on June 9th, 1944, in the old Exhibition hall, Marina, Lagos. For 75 years, we have partnered with people with a dream and a hope to cause ripples of change throughout the country. They’ve come from across ethnic lines, religious beliefs, and social-economic class, all with a desire to be the change they sought. And they’ve done just that, across various sectors, from Arts to Education and Society to Entrepreneurship, and beyond.

One of such success cases is Job Oyebisi, a man who grew up in a poor background in Mafoluku, Oshodi but had a burning desire to make it in life and be a voice for his generation. Even before he came into contact with the British Council, he was someone with a vision. His Freshmarte website was one built to connect farmers and their produce to the end-users. What he did not know however was that although the idea was a strong one, the medium and means of application was not feasible for his target: the farmers.

And that was where we came in. He participated in our Entrepreneurs’ Boot Camp and learned what he needed to make his idea work. He also participated in our Ideas Change Life competition and won! And it was all thanks to an idea he had back in his university days. One that arose because he saw a need: the fact that secondary school students in the sciences did not have access to a standard laboratory. In fact, back when he was in school, they were only taught the theory and never allowed to have any practical classes with the lab equipment for fear of breaking or damaging it.

The minute he got to the university, he started puzzling out a solution to create a better learning experience for those coming in later generations. It was this thought process that led to him creating Stanlab, a software application to stimulate laboratories on computer screens so students can have their practical classes on a screen. If you’re interested in seeing and learning more about Job Oyebisi and the work he’s doing, you can watch it all below

If you’re interested in partnering with the British Council to create your own success story and be an agent of change for your community, you can reach out to us on our website or visit any of our offices.

If you’ve also benefitted from a partnership with the British Council, or know of anyone who has, please share your stories and success by clicking here or record your story, upload it and tag us @ngbritish on Instagram and or Facebook with the hashtags #thankstoyou #75stories #BePartOfTheStory