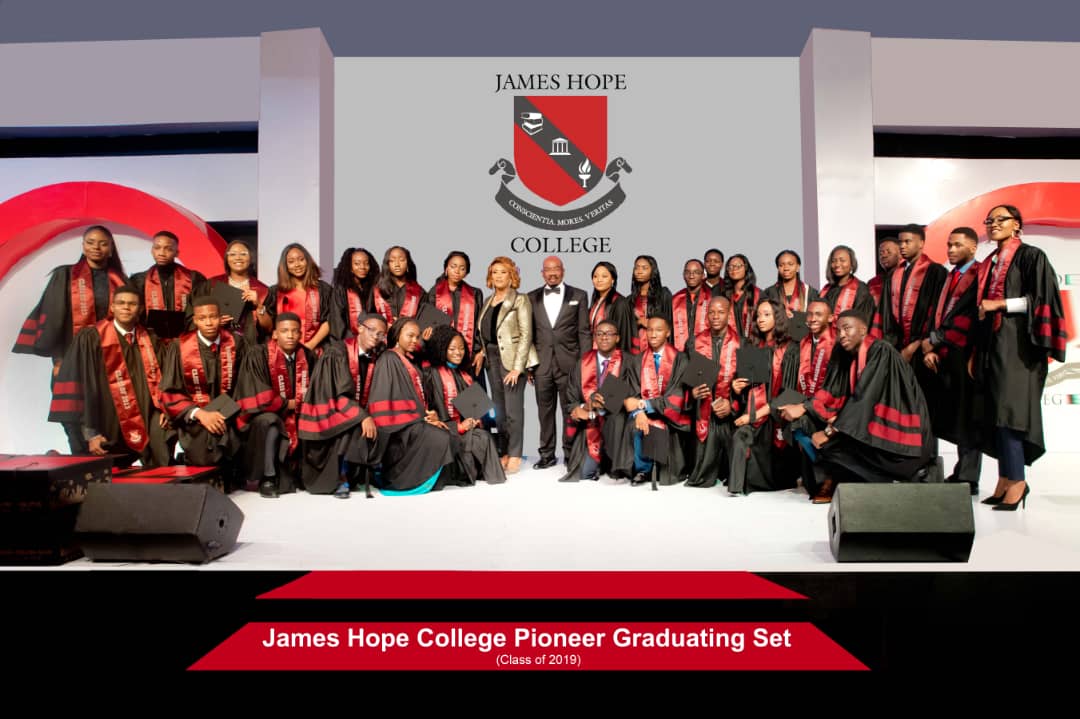 The James Hope College (JHC) recently marked a milestone in its history. From the Founders’ Dinner on Friday, June 28th, 2019 to the Graduation Ceremony on Saturday, June 29th, 2019, the college celebrated its pioneer graduating set.

The Founder/Chairman of Zenith Bank, Jim Ovia who is also, the Founder/Chairman of James Hope College, while giving the Founder’s Address, described the graduating set as one that has spurred growth in academics and co-curricular activities for the College. According to him, from their impressive 100% score (A* – C) recorded in 14 subjects of the IGCSE to the Duke of Edinburgh award, the graduates have set the bar for other students to scale.

Ovia also awarded full scholarships to the outgoing Head Boy and Head Girl to the University they have gained admission into, as well as scholarships to all graduates to study in government and state-owned tertiary institutions in Nigeria. Co-Founder of the College, Kay Ovia, encouraged the students to uphold the ethos they inculcated while in school and continually strive to be better versions of themselves.

The Principal of the College, Abraham Swart, also commended the tremendous contribution of the Founders to the development of the college, adding that the students have been given the right foundation to soar.

Other notable personalities in attendance were Former VC of the University of Lagos, Prof. Oye Ibidapo-Obe and Former Visiting Professor of Pharmacology at the University of Tennessee, Memphis, Prof. L. F. O. Obika. The graduation dinner was graced with performances from celebrities like Folarin Falana (aka FalzTheBahdGuy), Otolorin Kehinde Peter (aka Kenny Blaq) and Bisola Aiyeola.