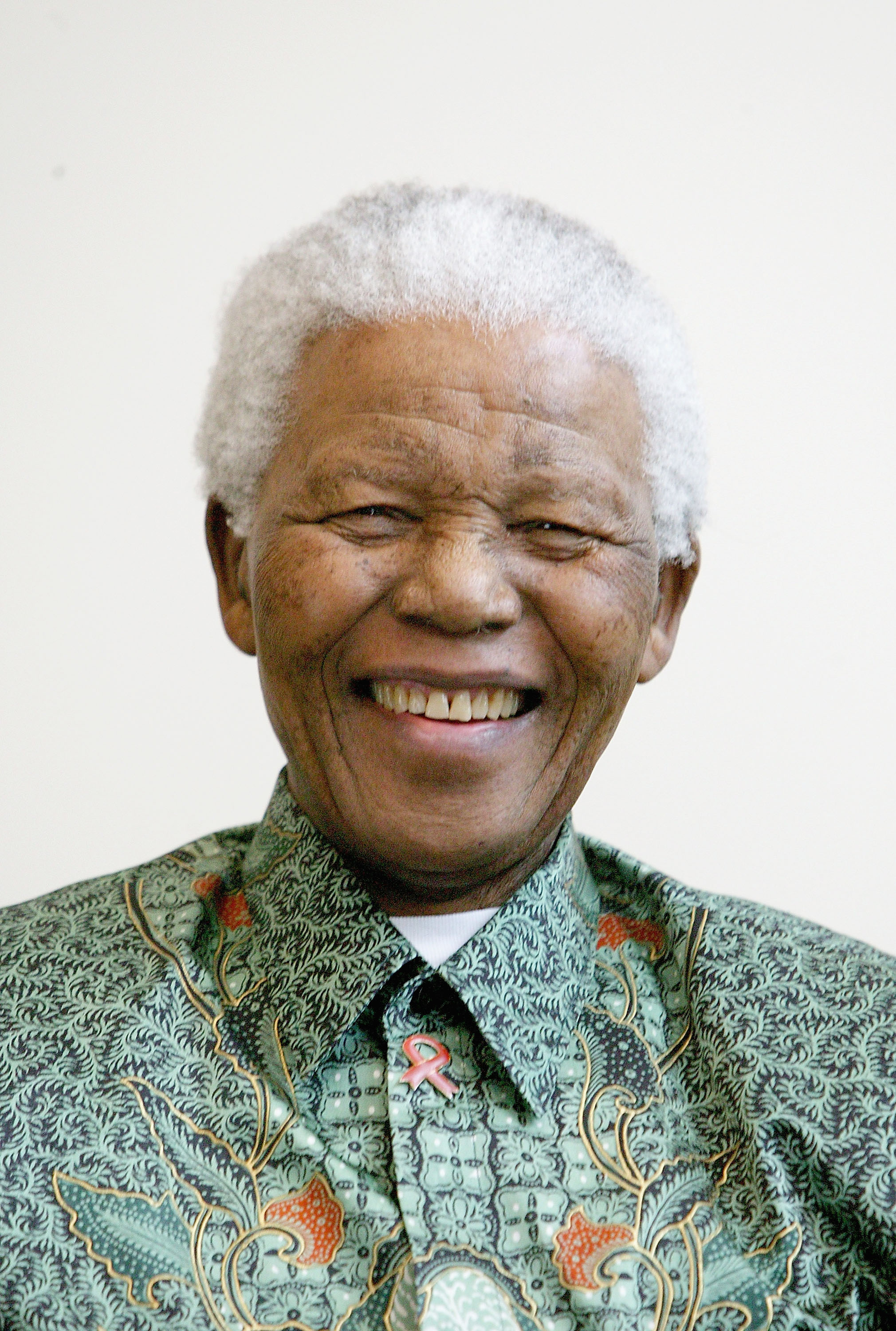 TROMSO, NORWAY – JUNE 11: (UK TABLOID NEWSPAPERS OUT) Nelson Mandela attends a photocall ahead of tonight’s “46664 Arctic” concert, at the Rica Hotel on June 11, 2005 in Tromso, Norway. The fourth concert aims to raise awareness of and funds for the global HIV/AIDS pandemic, as well as funds for South Africa with proceeds going to the Nelson Mandela Foundation. Produced by Robbie Williams, it follows 3 previous concerts held in Cape Town, George and Madrid, and Mandela is expected to make a personal plea to leaders of the G8 summit in his address. (Photo by Dave Hogan/Getty Images)

Nelson Mandela, South Africa’s first black head of state, a freedom fighter who years after his death continues to inspire the world with a life well lived, is being honoured today, July 18, the Nelson Mandela International Day.

The anti-apartheid revolutionary is being celebrated in South Africa and throughout the world for choosing beach and love and justice when it mattered.

Mandela, who was born today in 1918, urged us all to step up and contribute our quota to humanity, leaving the world better than we left it. His words of wisdom and his extraordinary courage and integrity continue to act as permission to millions who wish to make enduring change. And, today, his legacy is being remembered and honoured.

Check out what people have to say about the great Madiba.

The @wits_src spent their #67Minutes for Mandela Day handing out blankets to the homeless in and around the @WitsUniversity Braamfontein and Parktown campuses as well as worked on the wits food gardens.

How did you spend your 67 minutes? pic.twitter.com/zQuKLSFzIq

In honour of our national icon Nelson Mandela and his unwavering pursuit of the betterment of humanity, Kaizer Chiefs spent time at a children’s home in Hammanskraal. #KCMandelaDay #MandelaDay2019 pic.twitter.com/U4ZUOLvbMV

Today, we honor Nelson Mandela, and his legacy that continues to inspire the work of USAID and our partners around the globe. #MandelaDay pic.twitter.com/jJ9ZA0EfkU

A #ThrowbackThursday tribute to a leader we admire: Nelson Mandela, shown here with our then Refugees Chief Sadako Ogata.

Today marks the 101st birthday of Nelson Mandela, a champion of peace and inclusion.

He was one of the most respected politicians in the world, leading South Africa as it sought to dismantle the legacy of apartheid and foster racial reconciliation and democracy. #MandelaDay pic.twitter.com/H1MD1TRxpa

I am fundamentally an optimist. Part of being optimistic is keeping one’s head pointed toward the sun, one’s feet moving forward.

There were many dark moments when my faith in humanity was sorely tested, but I would not and could not give myself up to despair.

Happy Nelson Mandela Day Everyone! Today we take time to commemorate the selfless acts of a humble and courageous man, #NelsonMandela #RestinPower ✊?✊?✊? pic.twitter.com/uWVQdF75NB

We’re proud that he worked side-by-side with us to help refugees. #MandelaDay pic.twitter.com/cLvfOrCMua

How are you taking action on this day of serving others? #MandelaDay pic.twitter.com/XBF4BtD2w9

?: On the occasion of Nelson Mandela’s birthday, we go back in time to when he was released from prison after 27 years in jail at the hands of the apartheid government. He took his first steps out of prison on February 11th, 1990 in company of Winnie Mandela #MandelaDay2019 pic.twitter.com/JanELSctmC

As the world celebrates Nelson Mandela Day we must all recommit ourselves to his yet to be achieved quest for justice and equality.

And emulate his way of life: that of being so great & entraordinary yet so humble and faithful to his people. pic.twitter.com/NJlDtgLVzj

Today marks the 101st birthday of Nelson Mandela, a man who believed in human rights for all.

The Nobel Peace Prize laureate was South Africa’s first black president. ‘Madiba’, as he was affectionately known, is among the great heroes of history.#MandelaDay pic.twitter.com/7NvTUR4Bbo

There are more words that could describe Nelson Mandela than there are stars in the sky.

Let’s always remember to live by his actions and try to make every day a #MandelaDay2019. pic.twitter.com/ozs5tlDqhh

It’s Mandela Day… don’t ever forget about his incredible legacy; leaving the world better than he found it. #MandelaDay pic.twitter.com/WF8aNBxJJA