Timi & Busola Dakolo Invited by Police, Singer says "We have since been ready" 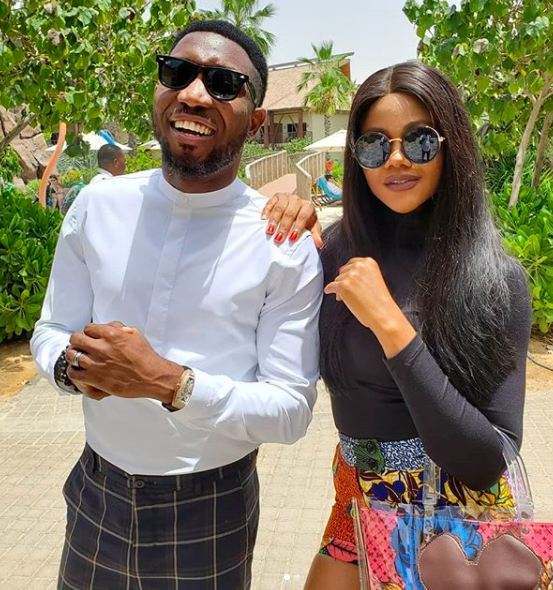 On Saturday, Timi Dakolo shared a photo on Instagram, of a white bus in front of his house saying the occupants were armed.

Shortly after, human rights activist and convener of #EndSARS, Segun Awosanya (@segalink), in a series of tweets, said officers of the Rapid Response Squad were on their way to the singer’s house, adding that the bus is a government registered vehicle belonging to the IGP – Special Tactical Squad.

He later shared an update that everything’s is fine. Until Timi Dakolo released two letters from the Inspector General of Police’s office, addressed to him and his wife Busola Dakolo, inviting them for questioning over “a case of Criminal Conspiracy, Falsehood, Mischief, and Threat to life.”

#TimiDakolo and wife #BusolaDakolo get invitation from police. The police letter says the Force is investigating "a case of Criminal Conspiracy, Falsehood, Mischief, and Threat to life" . Busola had filed a police report accusing Pastor #BiodunFatoyinbo of #COZA of rape and then released a video narrating the incident. #BellaNaija bellanaija.com

Lawyer and former chairman of the Nigerian Human Rights Commission, Chidi Odinkalu also pointed out that “falsehood, mischief” are nonexistent crimes in Nigeria.

This is coming after Busola Dakolo, in an interview released last month, alleged that Pastor Biodun Fatoyinbo, Senior Pastor of Commonwealth of Zion Assembly (COZA) raped her twice when she was 16.

After that, another alleged survivor narrated that she was also raped by the same pastor.

Chude Jideonwo, who interviewed Busola, also revealed that his team sat down with 5 survivors who say they were raped by Fatoyinbo.

Busola had also filed a petition against Fatoyinbo before the interview was published.