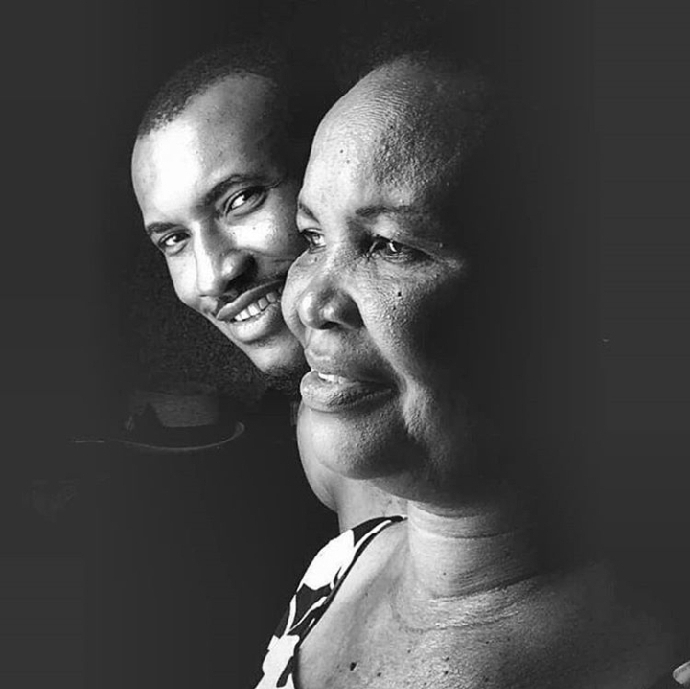 Nigerian actor Gideon Okeke celebrated his mother in an emotional post, as she turns 61 today, August 24.

Taking a walk down memory lane, the father of one recounted how his mom took over the financial support of their family after his father’s business crashed which eventually led to him completing his studies.

After primary school (at TADE Nurs/Pry APAPA), there came a huge government clamp down on Bromate Flour. Bakers were BANNED from touching it. What did you think gave “Agege Bread” the weight? BROMATE. This meant that over 500 bags of My father’s Baking Flour were put to ruins. They all had BROMATE!

That was when My father’s Bakery business rolled to a grinding stop. Not a dough was milled. My father reduced to a 3rd of his original size. Diabetes showed up like rain. At this point, Secondary School Education was NOT SURE for your ONLY child.

That was when you got suited and booted up! You showed up like a super hero Mummy. WHAT??? MY PIKIN NOR GO GO SCHOOL??? JU-LY (U LIE)/ From Bread to Puff-Puff , to Chin-chin to beer parlour to scaling ALL ur Abada and trinkets (1 by 1) to Mama Nonso…..omo the story loooong.

HAPPY BIRTHDAY TO MY HERO.
I WILL ALWAYS LOVE YOU.
To be a Man is not a day’s job.
To Be a WOMAN, is to give LIFE.

Related Topics:Gideon Okeke
Up Next