"Love is War" Hits Cinemas Today! Here's why You should See this Movie 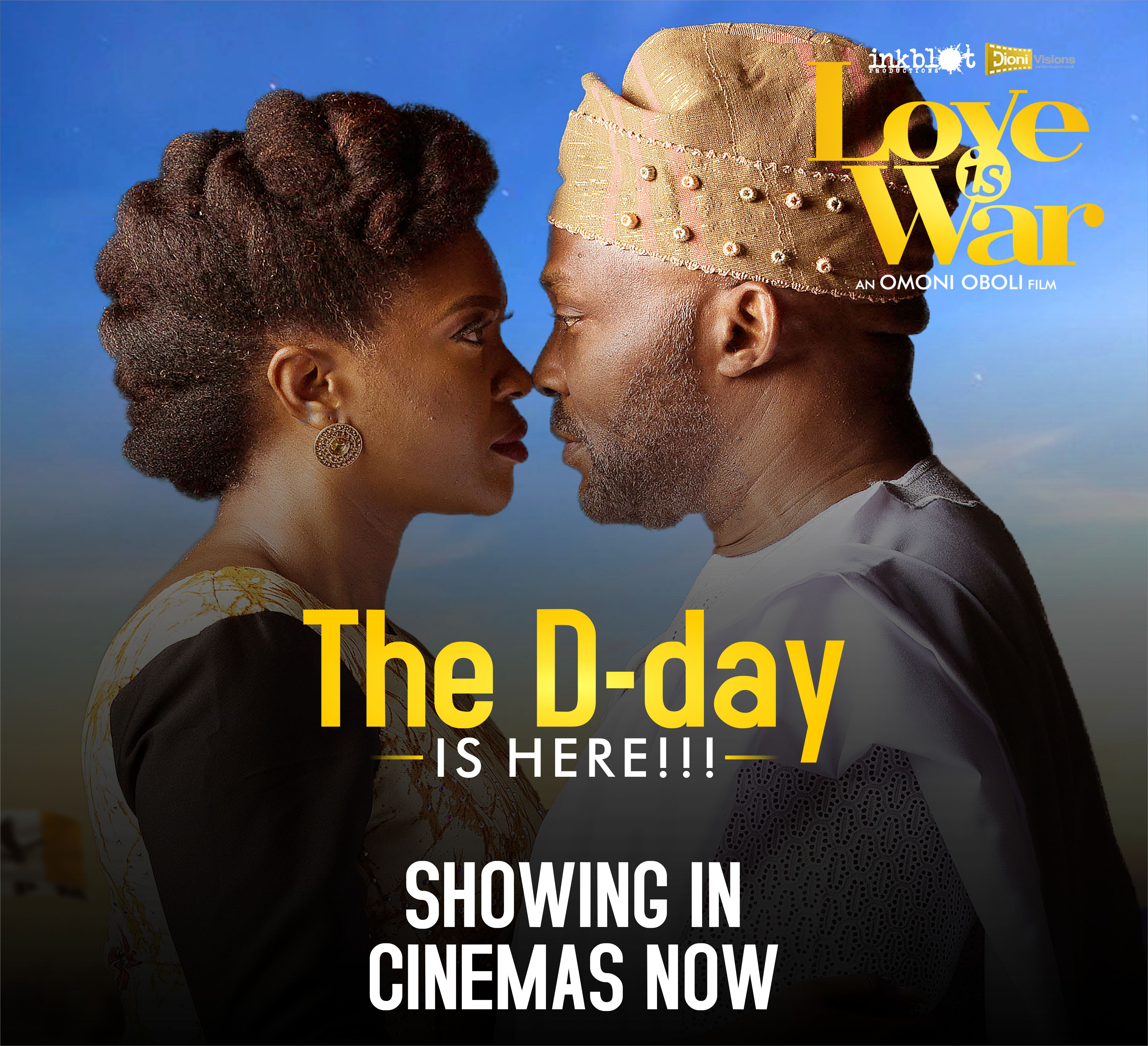 Here are few reasons why you need to see the movie ‘Love is War’:

Love is War is about a couple who run against each other for governor in the same state. It is love at home and war at work, Leaving their daughter Ndana in conflict. The onus is on Mr. and Mrs. Phillips to balance their ambition and keep the family together.

Senator Akerele (Shaffy Bello) and Linda (Uzo Ozimkpa) depict how women should support each other. They are on team Mrs. Phillips and keep encouraging her through the gubernatorial elections from getting her the sitting governor’s approval to making sure she wins. This version of girl power is sweet to behold

3. A Collaboration That Works!

Love Is War is a collaborations between Inkblot Productions and Dioni Visions Entertainment. Their collaboration dates as far back as 2017. Acording to Chinaza Onuzo “she yelled at me for not marketing The Arbitration – as I was trying to explain, she was like put me in your next film and you will see”

4. The game of Politics

The movie clearly shows us some intel on how politics is done in Nigeria. The journey, the gains and games of politics is well portrayed in Love Is War.

Hankuri shows abilities and proves that a woman can run for any position in politics while Dimeji shows you don’t need any experience to win for a political position.

Love is War has a lot of undertones, Hankuri’, a promising political aspirant from Niger State is face with a lot of challenges running for a political post in her husband’s state of origin.

The director of Love is War Omoni Oboli is a box office queen and is best known for directing highest grossing Nigerian films like The First Lady, Wives on Strike, Being Mrs. Elliot and Okafor’s Law.

The question on everyone lips is who is going to win? No spoilers have been released despite the premiere.

This is one movie, you definitely need to see!

Check out the cinema schedules below: 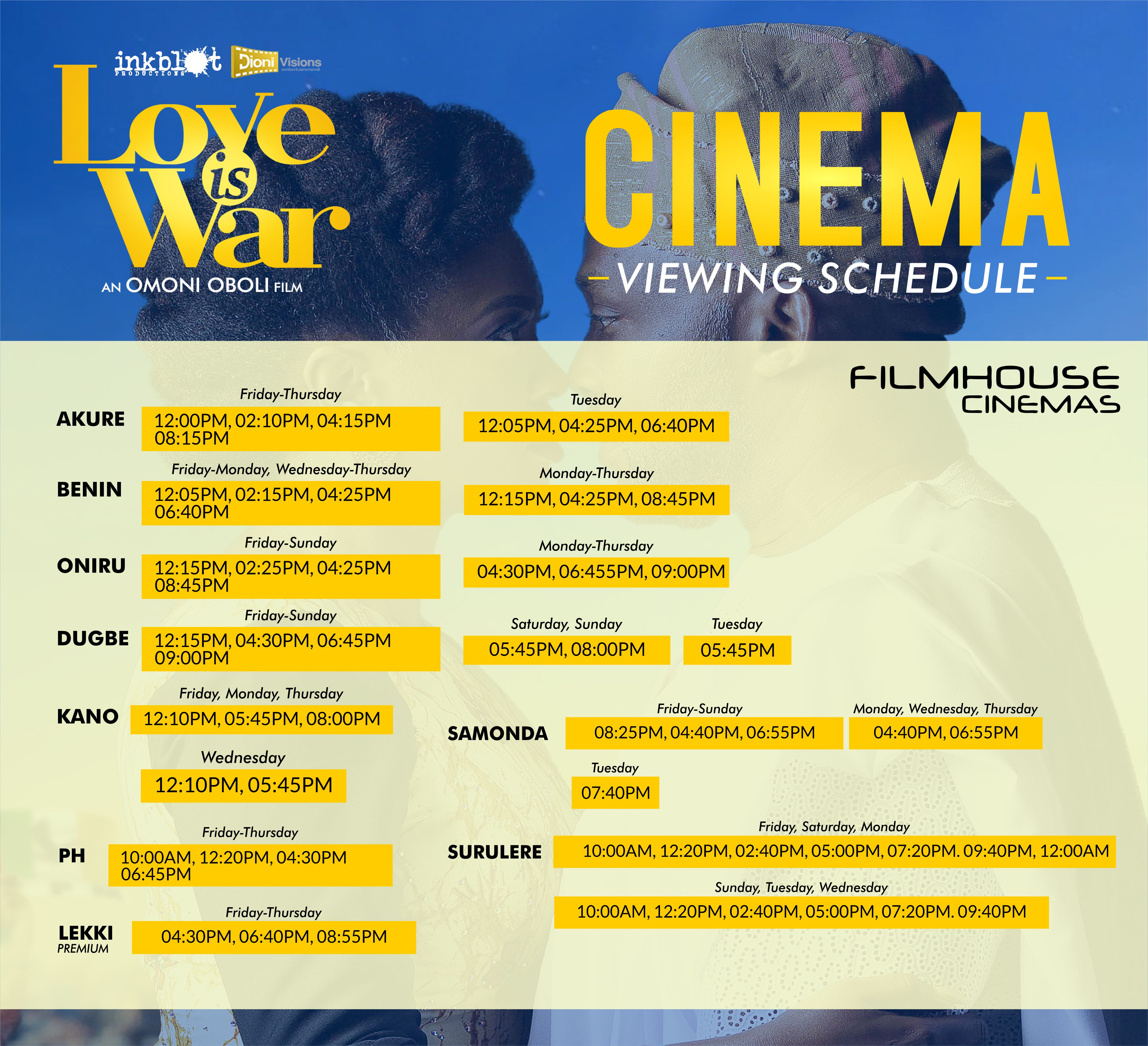 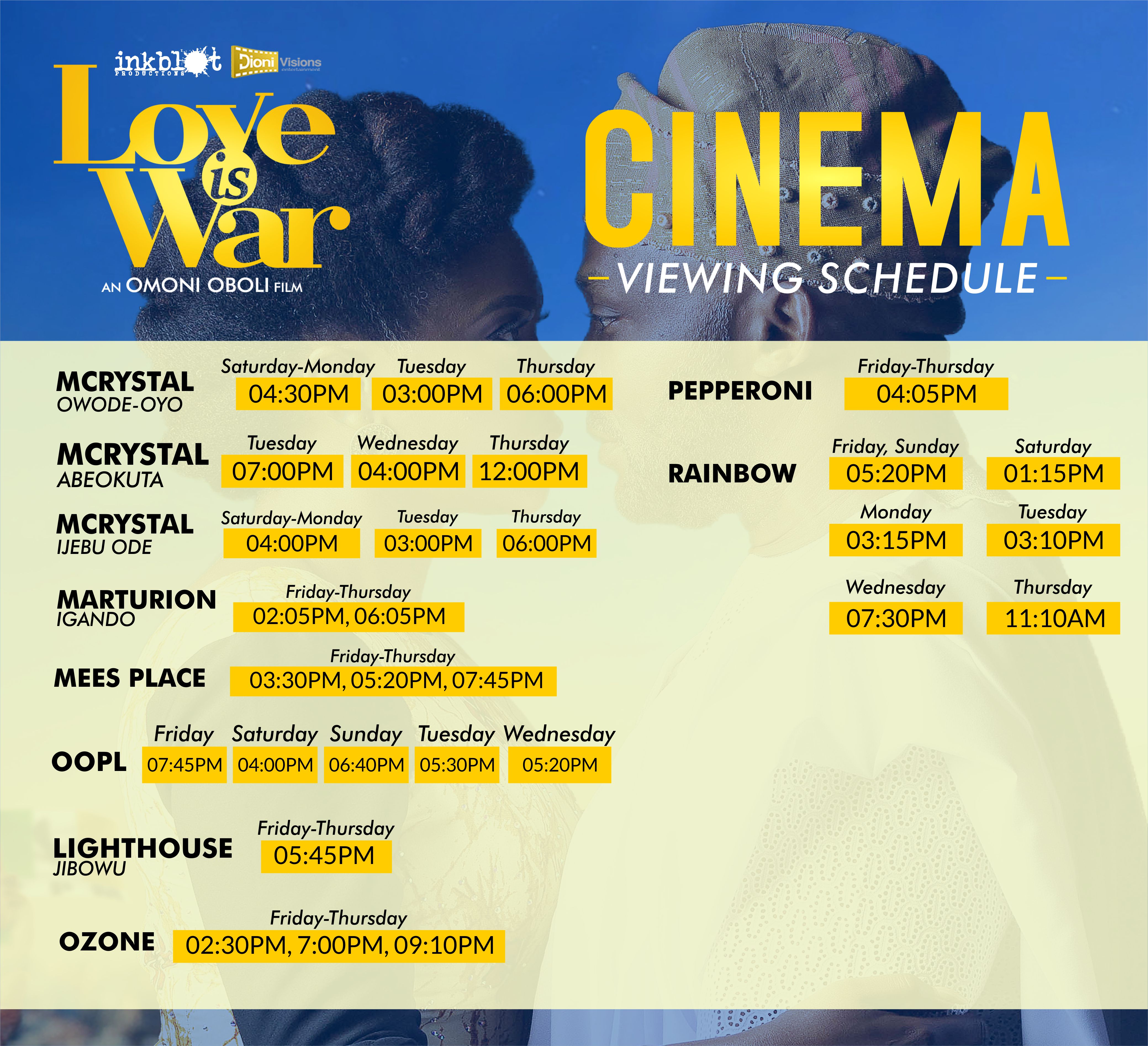 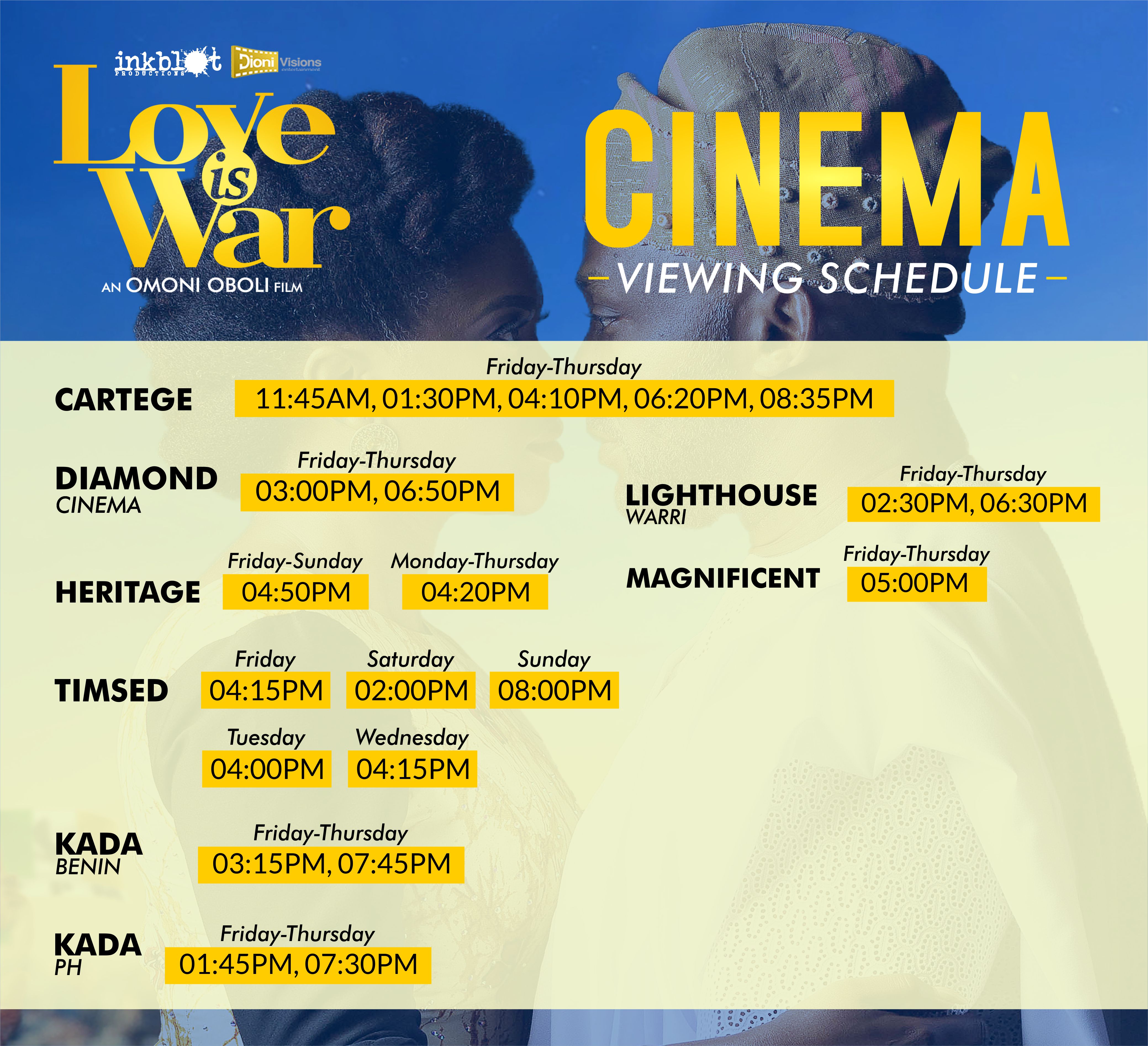 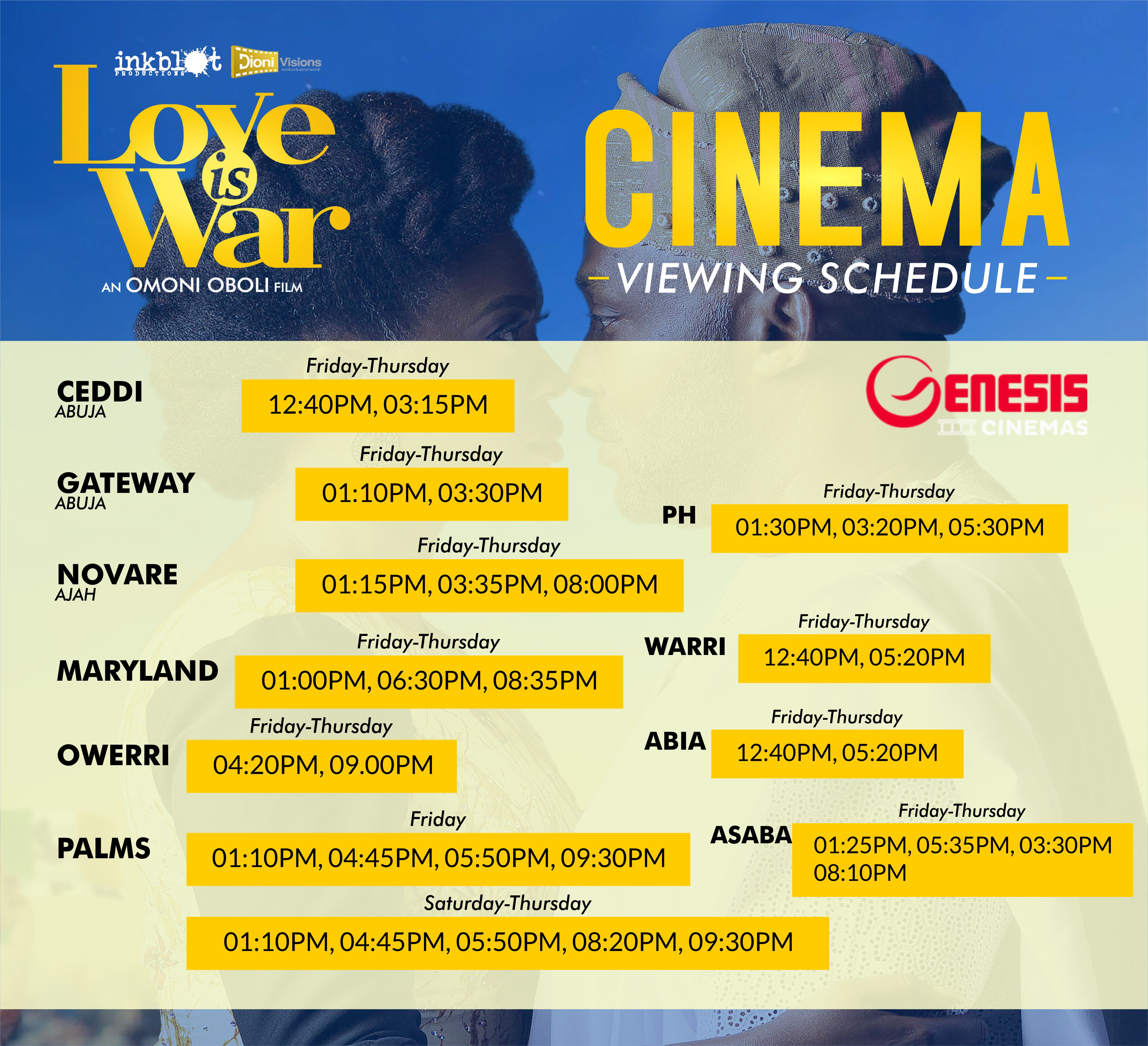 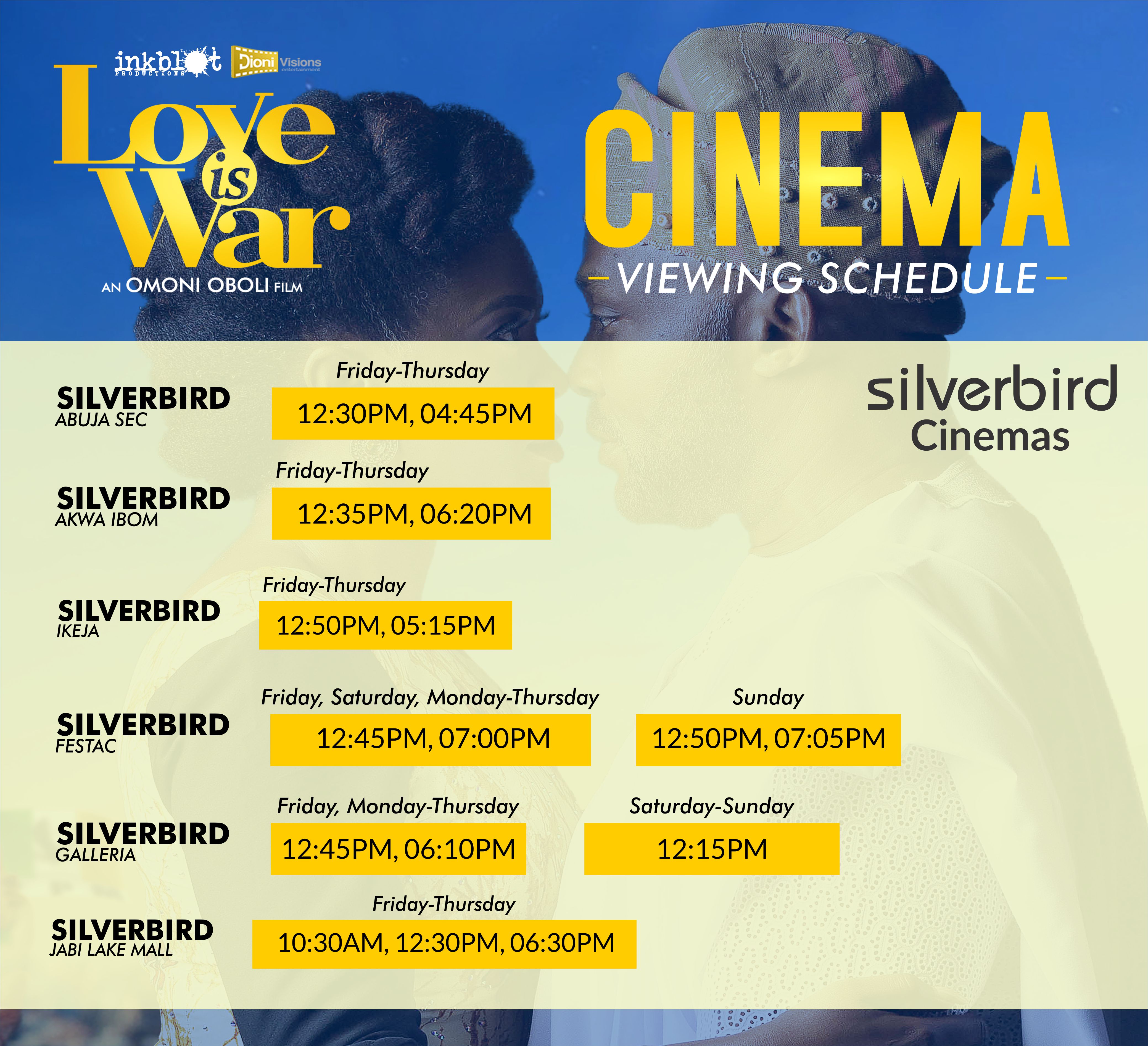