Unlike the previous Arena Games, the Pepper Dem Gang stayed late into the night calling each other out.

After the Bet9ja Friday Arena Games, the Pepper Dem Gang decided to cruise. What started as fun later turned to a heated argument and we were in for the spice.

Omashola was practicing his haggling skills with Cindy. As if he was in a market in Warri, he told her to give him her drink, “I will give you 30.” After this, he went ahead to collect the drink from Mercy, not paying a dime.

For serving their Wager loss punishment well and giving the House a good scrub, Team Legends were rewarded with plates of pepper soup and bottles of drinks. 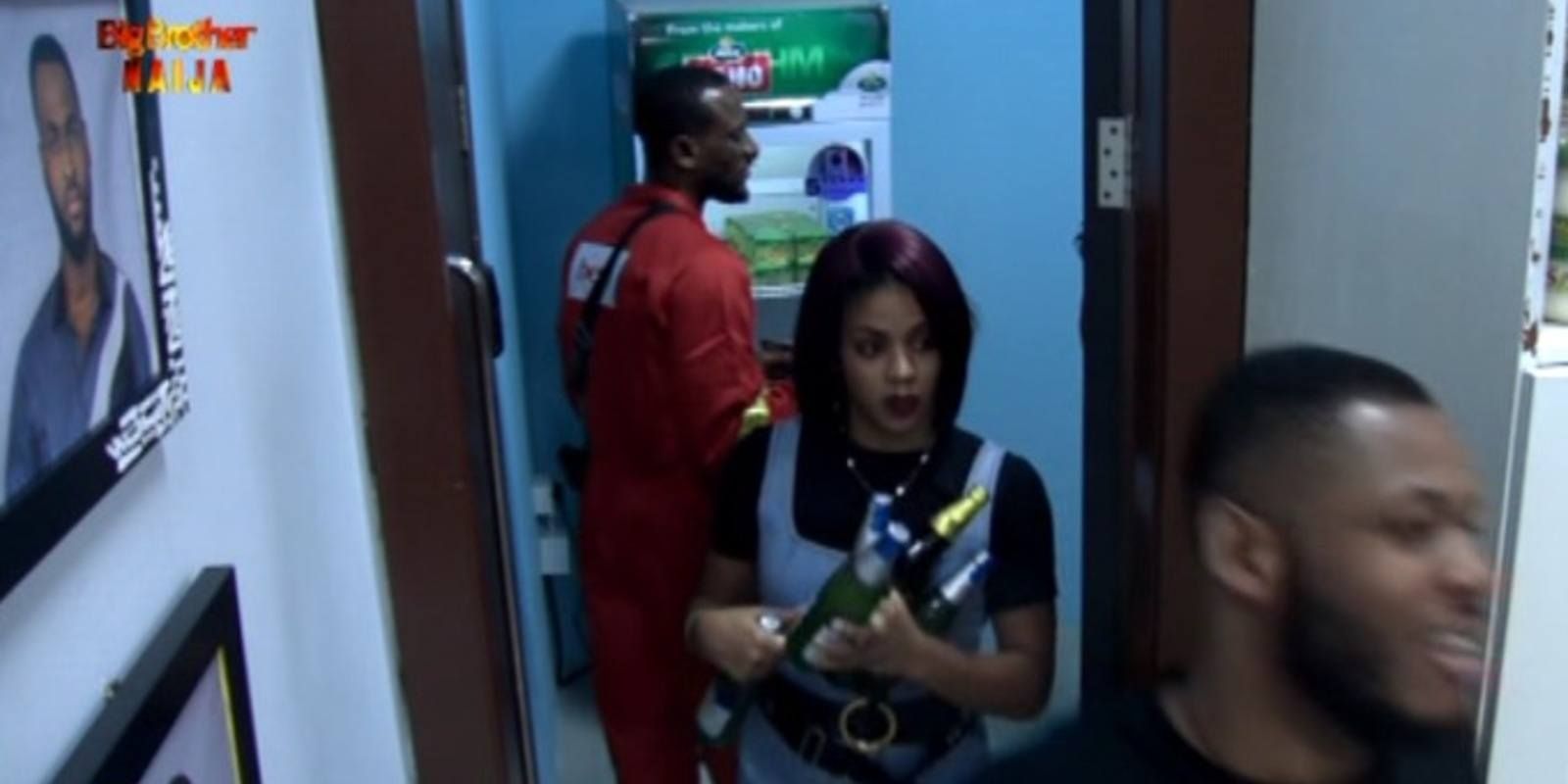 We don’t know if we should call it a strategy but Team Legends did not mind sharing their drinks with the other Housemates. Tacha, Venita and Khafi oversaw the sharing with Venita taking her time to see that no Housemate took more than one drink. In spite of this, Mike made away with two drinks. On another note, remember Seyi and Tacha had a little quarrel and he and Khafi too were not on good terms because of the Veto Power decision. So it was not surprising to see Seyi signaling Elozonam to help him get his own drink.

They probably had too much to drink. The way Mike, Frodd and Omashola were restlessly going about the room discussing Cindy’s favourite movie, you would think it was part of the day’s Task. As this went on, Tacha And Khafi felt unconcerned as they continued with their cooking in the kitchen. Gradually, Tacha’s love for the kitchen is beginning to affect Khafi too.

Omashola felt offended that Mike would see nothing in throwing the team’s hand band in the trash. We don’t know whether to call this patriotism or Omashola was simply in the mood to call Mike out. Frodd and Khafi also backed Omashola up with Khafi telling him what he did was wrong and asking whether or not he was drunk. While it is not a tradition of the Pepper Dem Gang to stay awake this late when it is not a Saturday night, the way they were so fired up giving us vibes leaves us wondering how much to expect after the Party.

All Hail The King Of Memes

Unbothered Tor Tiv, First of his name. King of Memes and the funniest facial expressions of the Pepper Dem House. Long may he reign!

Right from the moment he stepped into the House and mentioned his name, Twitter went riot. Little did anyone know that this young man would become known for something else other than his famous surname.

From being called the ‘Meme Gawd’ to the King of Memes, Seyi had proven to Twitter that no other Housemate does comical facial expressions as he does in the Big Brother Naija House.

This was his court and he ruled it like the king that he was.

All hail the King Of Memes (Seyi) #BBNaijia #BBNaija pic.twitter.com/1utKQRfS8W

Never did the King fail to deliver Even when he was getting his hair done for the Darling Task and he was in so much pain, he still gave his loyal subjects one more meme.

Even when he sleeps, he is a meme.

The time he was peeping while Team Cruisetopia rehearsed for the Wager Task.

Seyi peeping like someone that is expecting his enemies to die due to the poison he gave them… pic.twitter.com/fI6uNsrn2U

So loved by all that even fans of other Housemates have to admit how entertained they were by his antics.

Am teammercy and all….but Seyi is d one keeping us entertained…hate him or love him..he is always in ur face. #bbnaija pic.twitter.com/RYj6EbOfK3

Seyi’s facial expressions are so sweet. Like dude is a meme machine.

In the end, we can all agree with this statement.

For ten weeks, we have given you nothing but back to back lit weekends and this week, we go again. We literally don’t know how to stop.

The duo of Dj Enimoney and Skibi will be giving a knockout performance this weekend onboard the #BBNaija Weekend Groove Express. You know we can’t end the week without turning up. We decided to rev up the Weekend Groove Express Train and have one of Nigeria’s top DJ and a fast-rising superstar take us on a musical ride.

The train will be making its first stop at the Saturday night party where DJ Enimoney will be picking up the Pepper Dem Gang for a thrilling ride through a world chart-topping hits. If you think it’s just the Pepper Dem Gang the DJ will be giving a ride, you must be new here. Of course, we have plenty of room for you too. The #BBNaija Weekend Groove Express isn’t leaving till you hop aboard. You are part of the family and Dj Enimoney is going to make sure you have one hell of a night. The next stop is the Live Eviction Show. Now, we have to warn you, before you hop on board, you have to “do like star do” or Skiibii Mayana, the Sensima crooner won’t be pleased.  He didn’t top the charts with some of the biggest hits for you not to do like he does. Now that you understand this, it’s time to get ready.  this Sunday as he blows your mind with amazing performances at the Live Eviction Show. 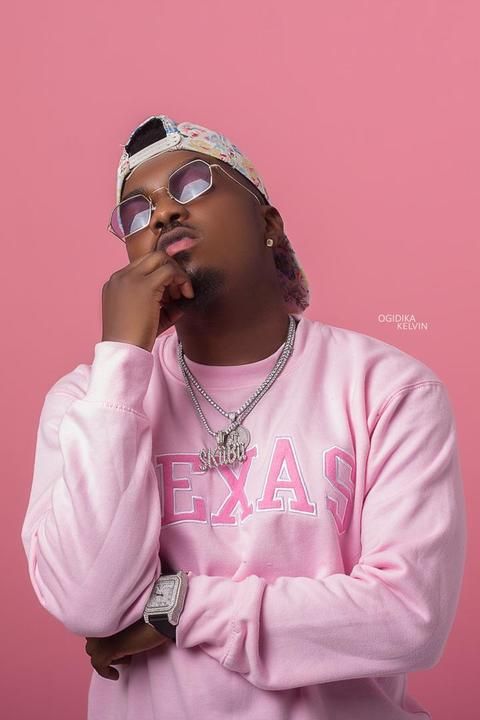 It’s safe to say this weekend will be the cruise of a lifetime and we can’t wait to get the Party train moving. All aboard!

In their gold-coloured outfits, the Pepper Dem glittered at the Saturday Night Party.

Why won’t the Big Brother Naija Housemates not lit up the dancefloor? After winning in the Indomie cooking challenge, all they had to do was infuse their joy into their dance steps as they partied like no tomorrow. 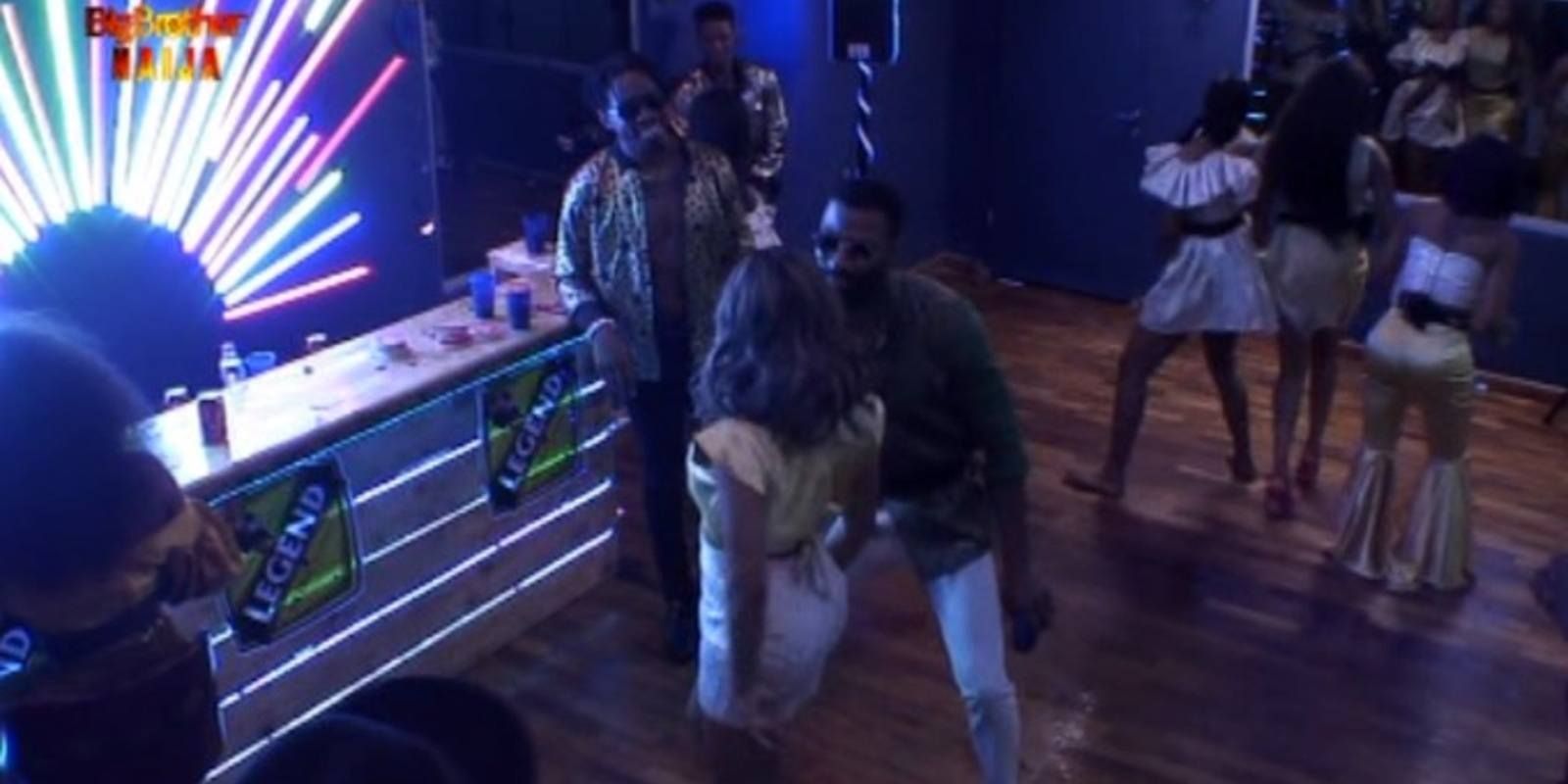 When the Housemates heard the gbedu DJ Enimoney played, they had no choice but to turn up. After an intense week in the Big Brother Naija House, it was refreshing to see the Housemates let it out on the dancefloor. After all, if they don’t let it out, wetin dey gain? 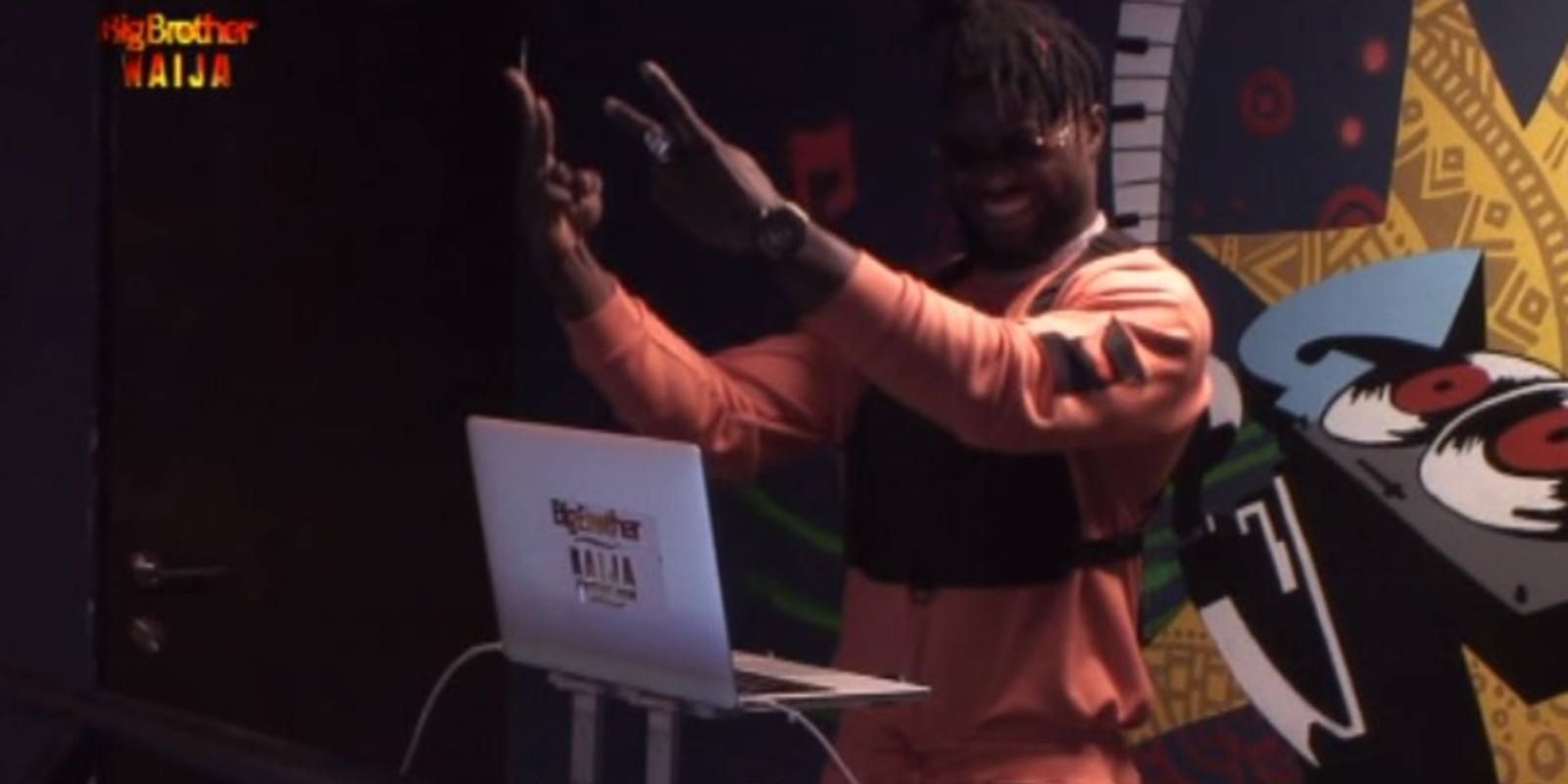 In between the grooving, some of the Pepper Dem Gang thought it nice to spice up the Party with a runway show. With Elozonam acting as the cameraman, Mike, Venita and Khafi strutted the dancefloor moving along to the banging beats from DJ Enimoney.

Differences To One Side

We are sure Seyi and Tacha pulled up a fast one on people today as they danced together with nary a care in the world. Recall that these two had a misunderstanding some days back which resulted in both of them exchanging some unrestrained words. The tension between these two seemed to vanish as they danced away their quarrel. Seem like all is well with TataSe. 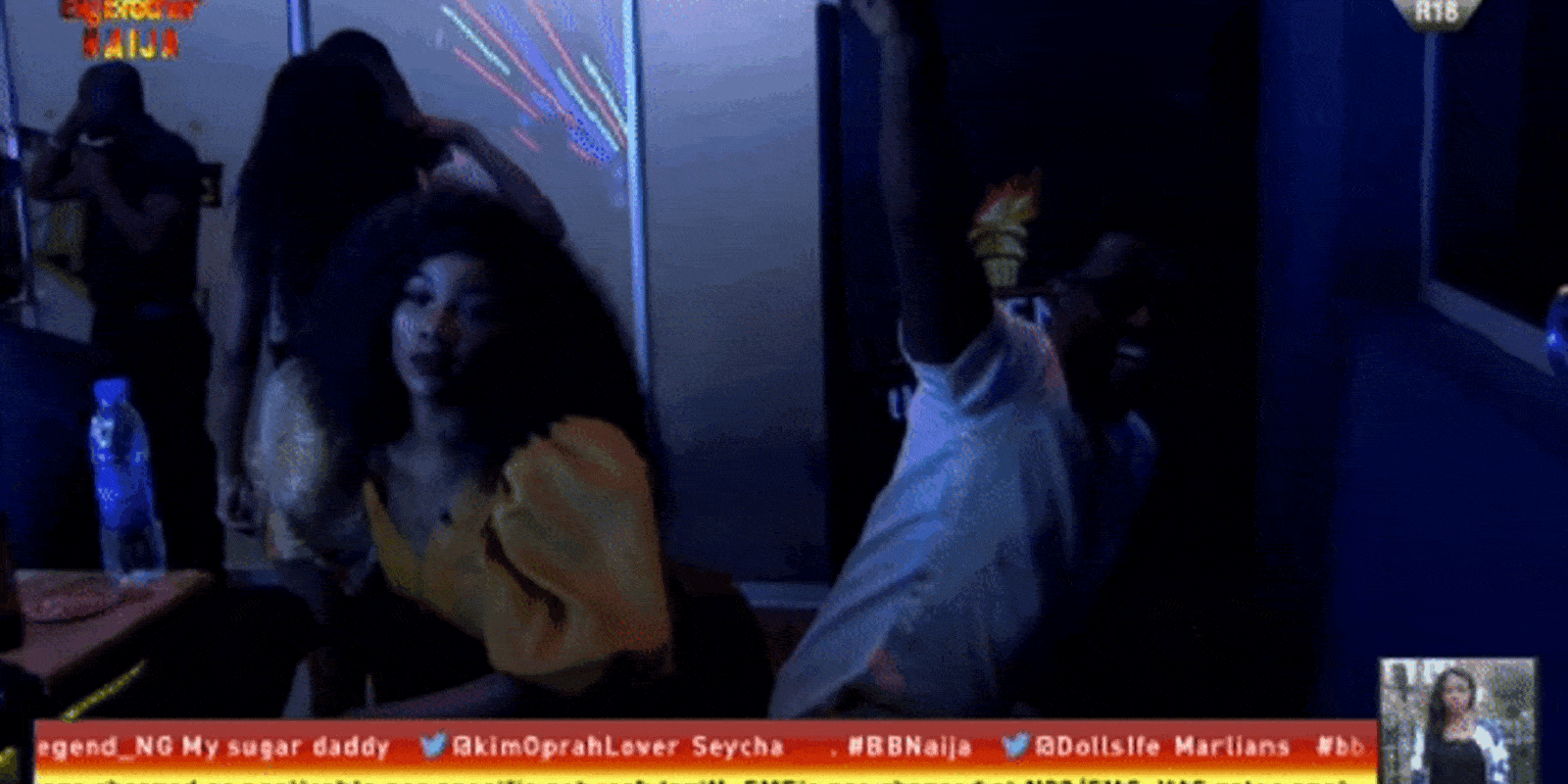 The Housemates have partied away their problems on the dance floor, we are looking forward to them creating new ones at the after-party.

Want to know what the coolest trends this Season are?

Look no further than your favourite Pepper Dem Housemates for inspiration. From Mercy and Venita to Omashola and Mike, these stylish Housemates sure know how to start and rock a trend. So when it comes to injecting their own style with some Pepper Dem on-trend elements, there’s no better place to look at.

Whether it’s a fish-suit, a fire-fighter overall or a statement sequin dress, this Season’s hottest trends are exciting and fun.

…Because workout wear just got sexier, thanks to Bet9ja.

Whether doing the acro-yoga or running around the Arena with baggy eyes, your fitness gear game needs to be peng. The Pepper Dem Gang understand this and we can’t deny that they’ve shown us why workout clothes are really worth it.

The phrase “dress for success” is not only a good motto to have professionally but it also applies to the world of fitness. Back in the day, we would all wait for Christmas parties to dress up. Now, we just need a reason to party hard and play dress up. With the Pepper Dem Gang, all Biggie needs to announce is “Housemates, you have one hour to the dance room” and with nothing to worry about, they come through with the spicy outfits every Saturday Night. More like their reply to Biggie is, “Let’s do this!”

Whether it’s a denim affair or a corporate shakedown, there’s no better place for the Pepper Dem Gang to trend than on the Saturday Night Party dancefloor. The question now is, what should we expect next? 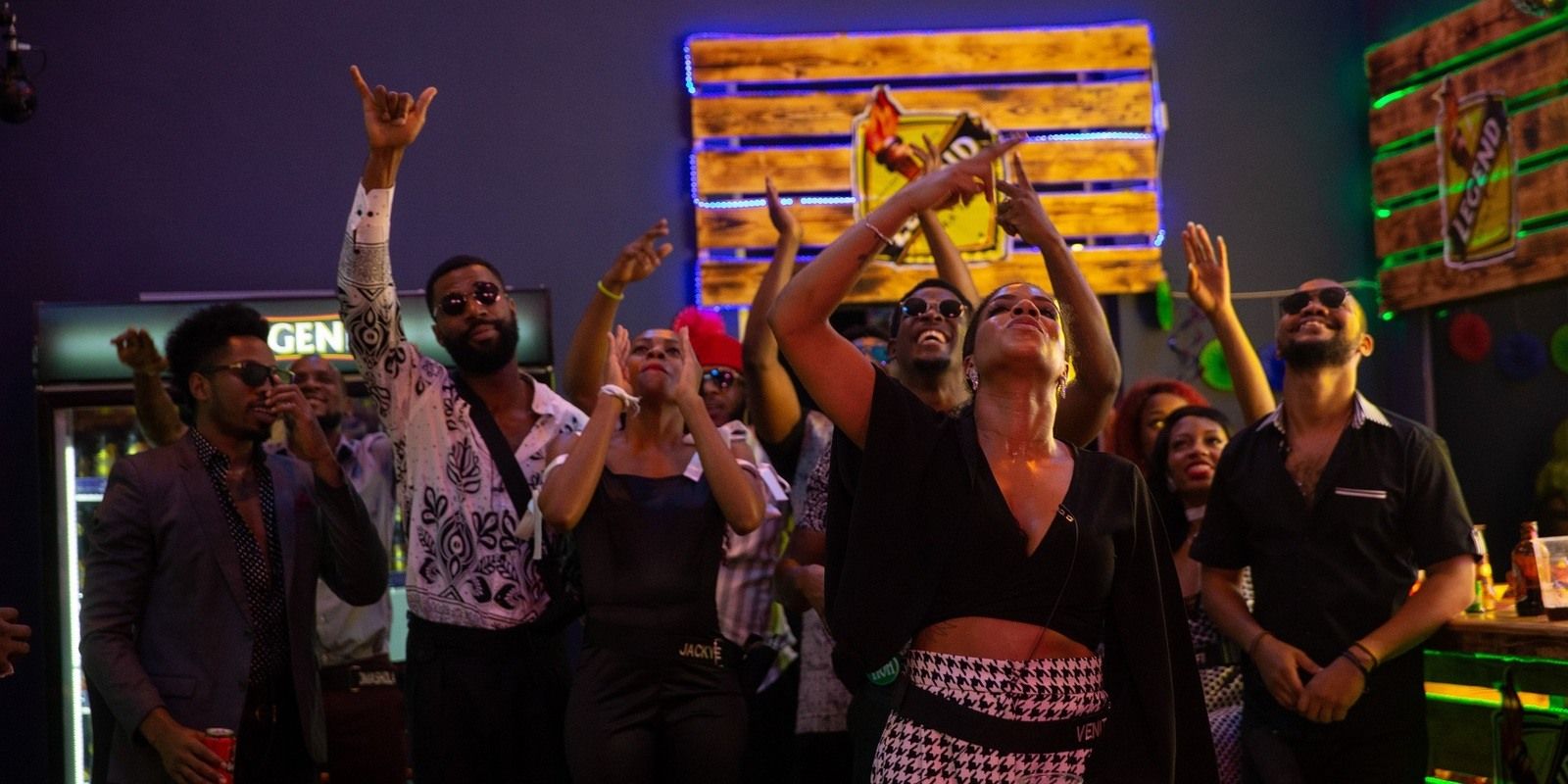 The Pepper Dem Gang have proven to us that they can also strut their stuff on the catwalk with the best of them, walking the runway in Runway Tasks.

From channeling their runway skills, we’re quite sure that a handful of them will ditch their day jobs for a spot of modeling side hustling. 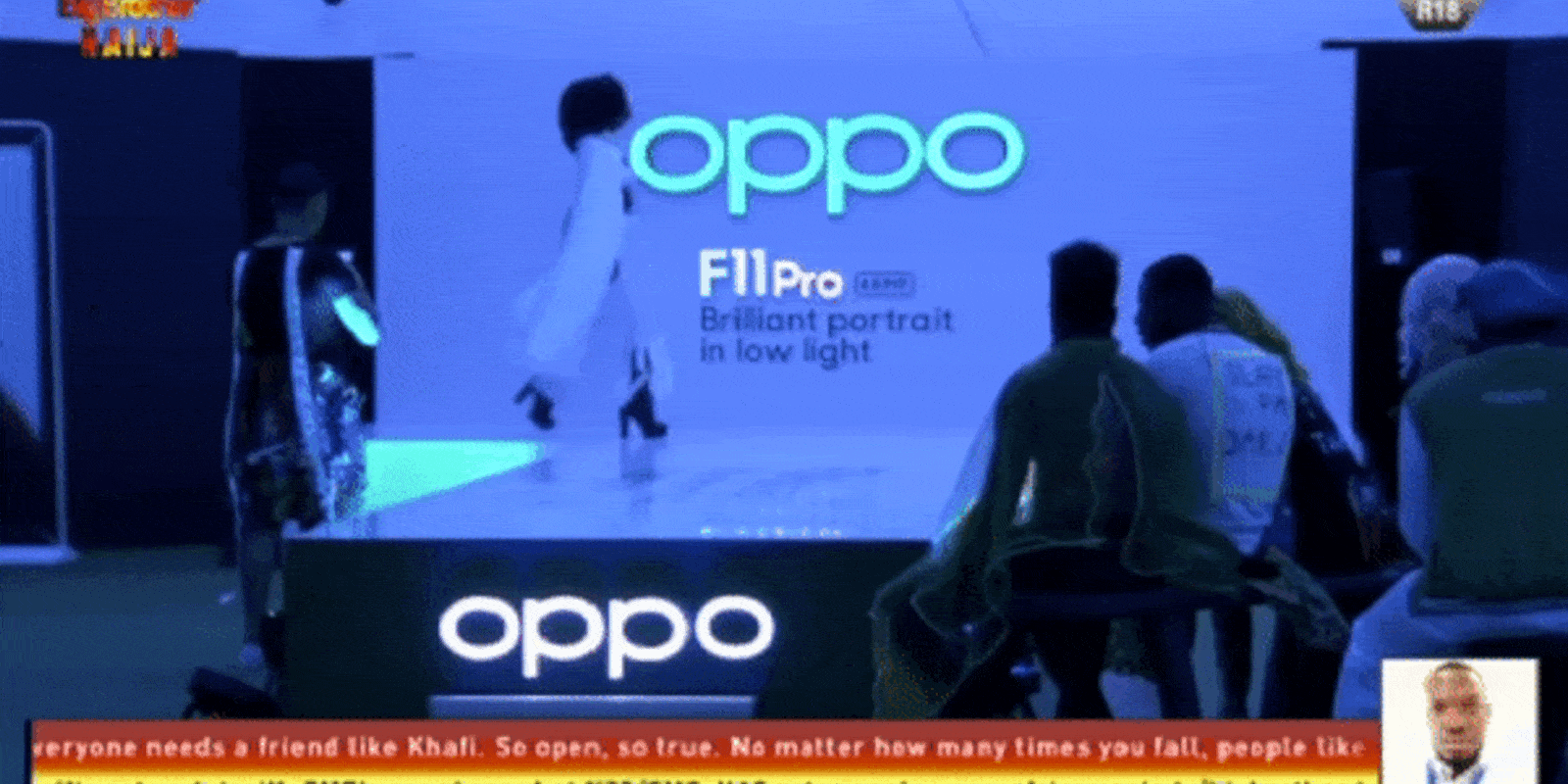 If a fashion expert and a soccer expert need to have a conversation about World Cup uniforms, they should consult the Housemates.

Don’t you think so? 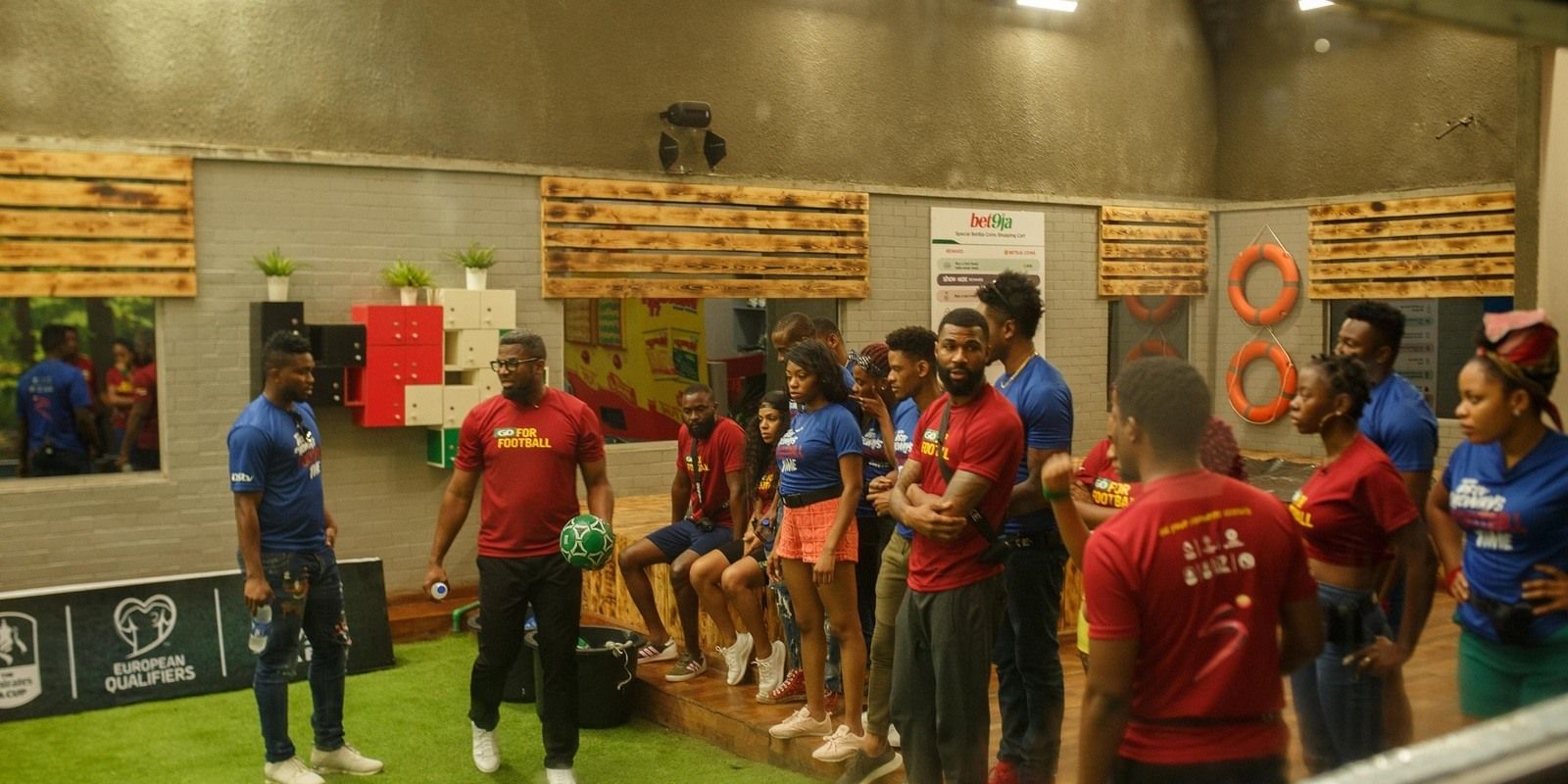 For a whole week, we enjoyed something of a love affair with the ‘50s, with the afro wigs and the baggy pants, the Housemates swung through the ‘50s fashion lens with a little rock and roll. Should the ‘50s be back in fashion? We’ll let the Pepper Dem Gang decide.

If the ‘50s left just one piece behind, it was given to the Housemates. Looking good is the order of the day in the Pepper Dem House. From the Ankara vibes to the vintage trends, we can’t get enough of their traditional groove.

This is what we mean 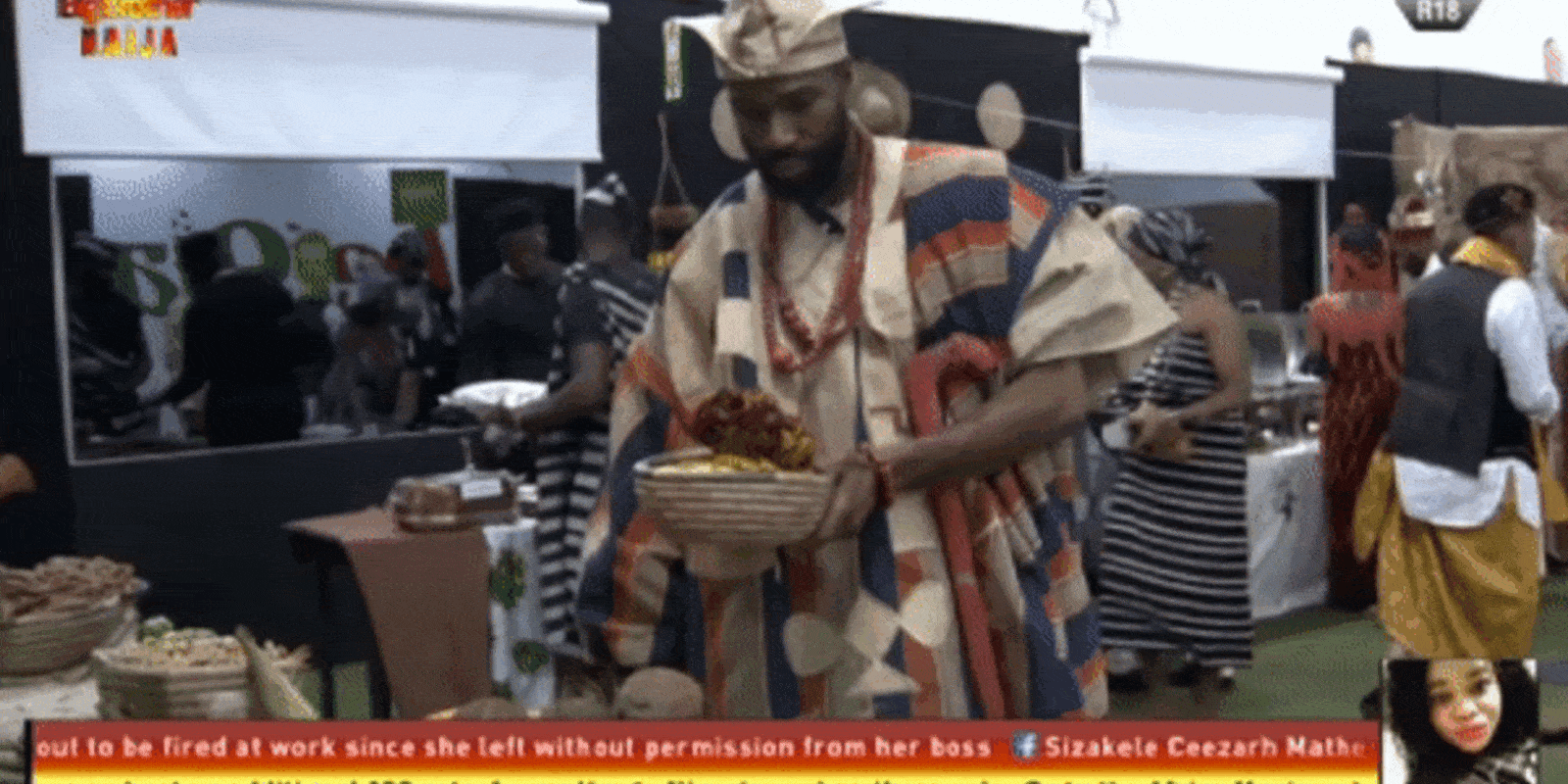 A Trip To Ancient Egypt

If you were concerned about travelling back to ancient Egypt and you need outfit ideas, check these pictures out.

Now that we’ve gotten that out of the way, what should you not wear in Egypt, here’s what you should not pack – shorts, miniskirts… well, you know the rest. 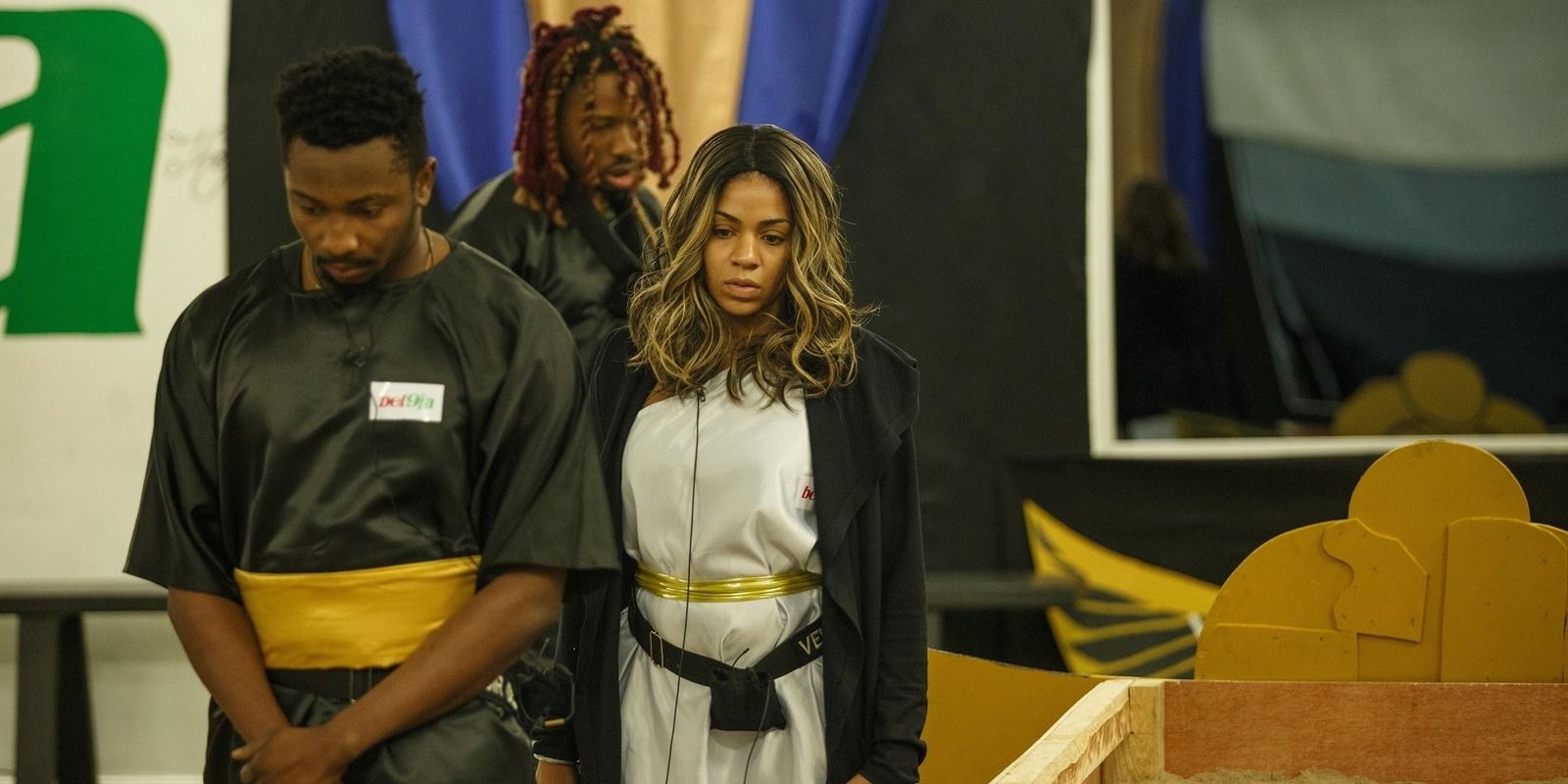 Did Someone Call The Fire Service?

The Pepper Dem firefighters found themselves playing an exciting role – that of a high-style muse.

Would it hold up for a fireman’s work? Well, you tell us… 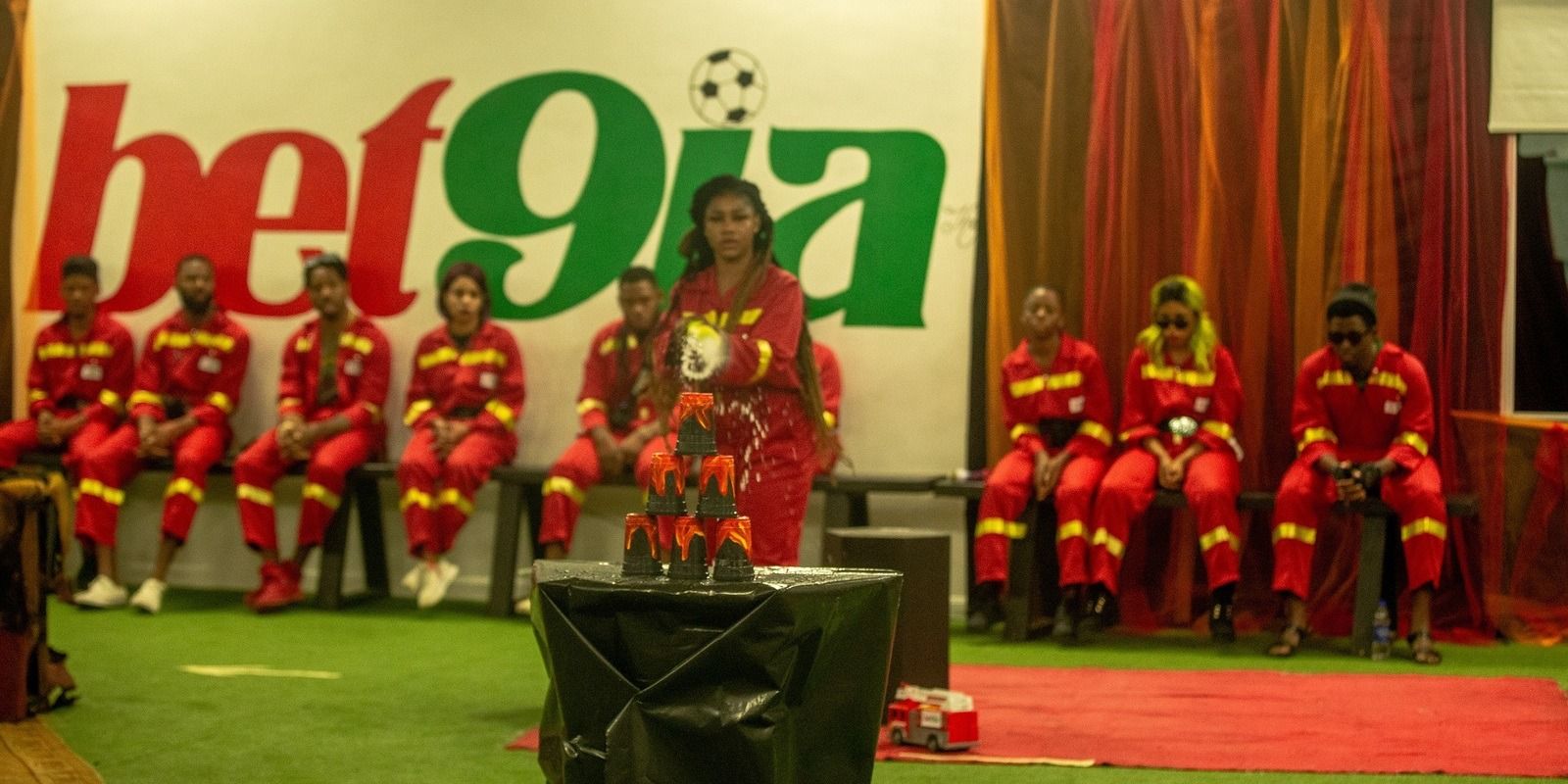 Let’s Go Round The World!

When you visit a new country, you like to learn about the country’s culture and tradition right? 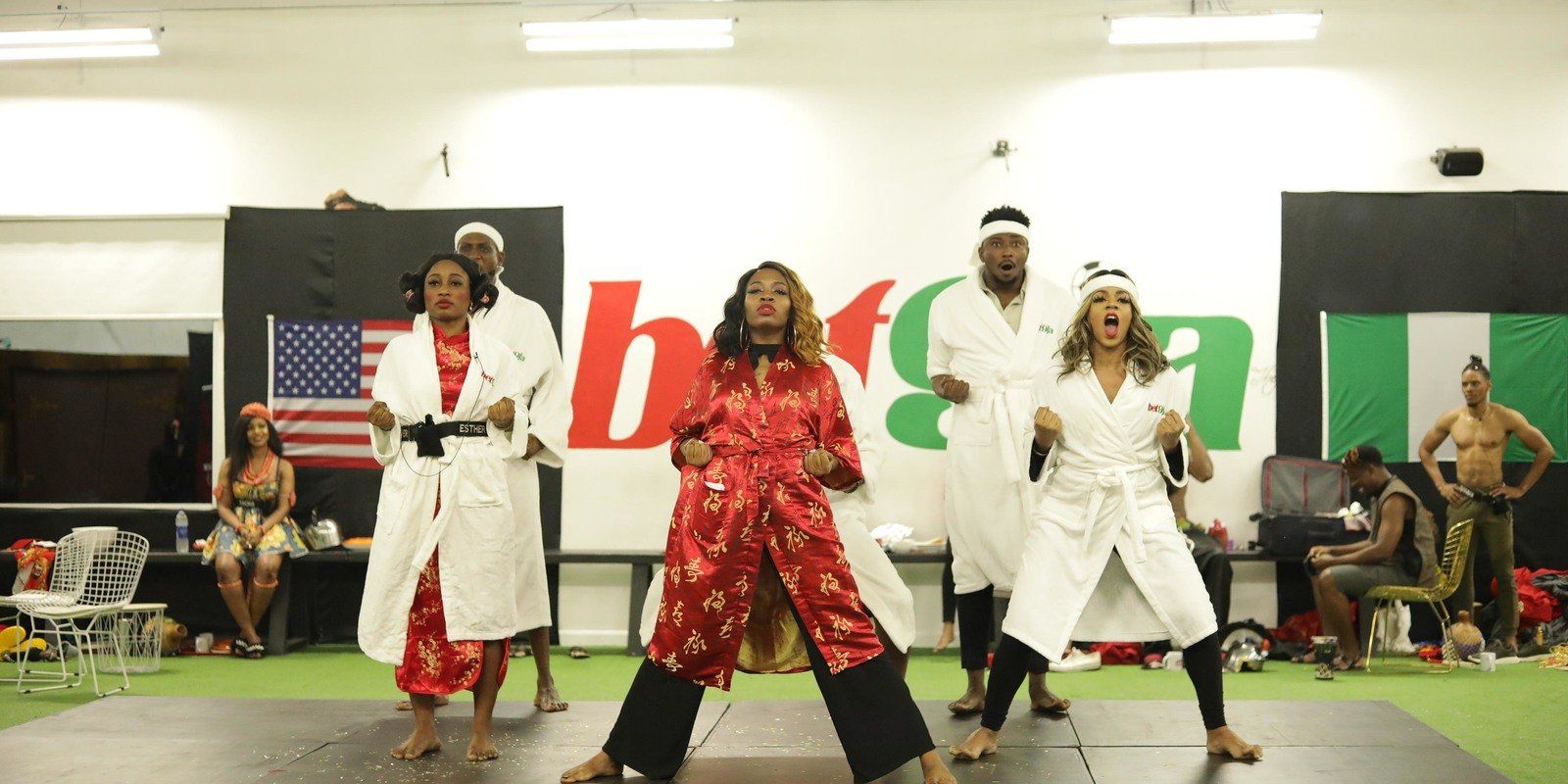 Would you be caught dead wearing any of these fashion trends? Based on these, let us know which of the styles you would “Take” or “Leave” in 2019.

If you want to know how to nail a look, look no further. All you need to do is to channel in the Pepper em Gang’s fashionable edge, while you add a dash of trendy touch to your look. Good luck!