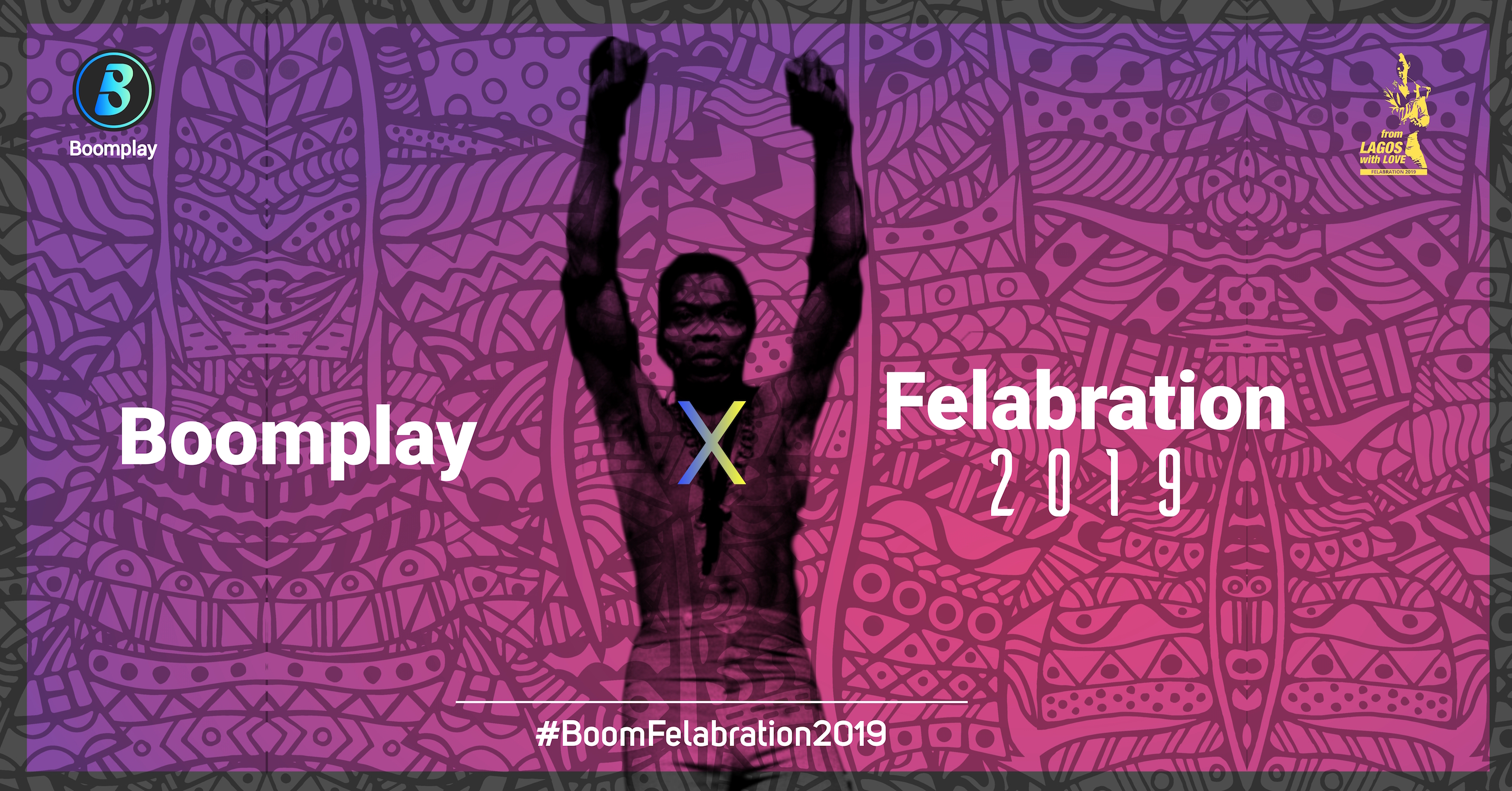 Boomplay, Africa’s biggest music streaming service has partnered for the fourth year in a row with Felabration; the biggest music festival in Nigeria, for its 2019 edition themed ‘From Lagos With Love’ {Eko Ile}’ as it continues to promote the evergreen music of late Fela to its over 56 million users in Africa.

The one-week-long music festival, which aims to appreciate and applaud the life, times and achievement of the great African Icon; Fela Anikulapo-Kuti and celebrate music culture in Africa, will hold from,

The event will have performances from top and emerging Afrobeats artistes, as well as international acts from around the world.

The theme for this year’s Felabration is derived from Fela’s song titled ‘Eko Ile’, off the Afrodisiac album composed by Fela and the Africa 70 band, which was released in 1973. Lyrics from the song “Eko ile” as sung by Fela convey the message that home is always where the heart is regardless of where he may be in the world; travelling to London or driving a car in New York, he will always return back to his motherland, Africa.

This year, Boomplay is rewarding fans of the Afrobeat legend, Fela Anikulapo Kuti, with Smartphones, BoomBuddy Essentials and more in the ‘Afrobeats Playlist Challenge’

The ‘Afrobeats Playlist Challenge’ will run for two weeks with 10 winners emerging. 5 participants with the highest number of streamers on their playlist will win smartphones while 5 others will win Boombuddy Essentials bags.

Here are the Highlights of Fayrouz at Design Fashion Africa Finale