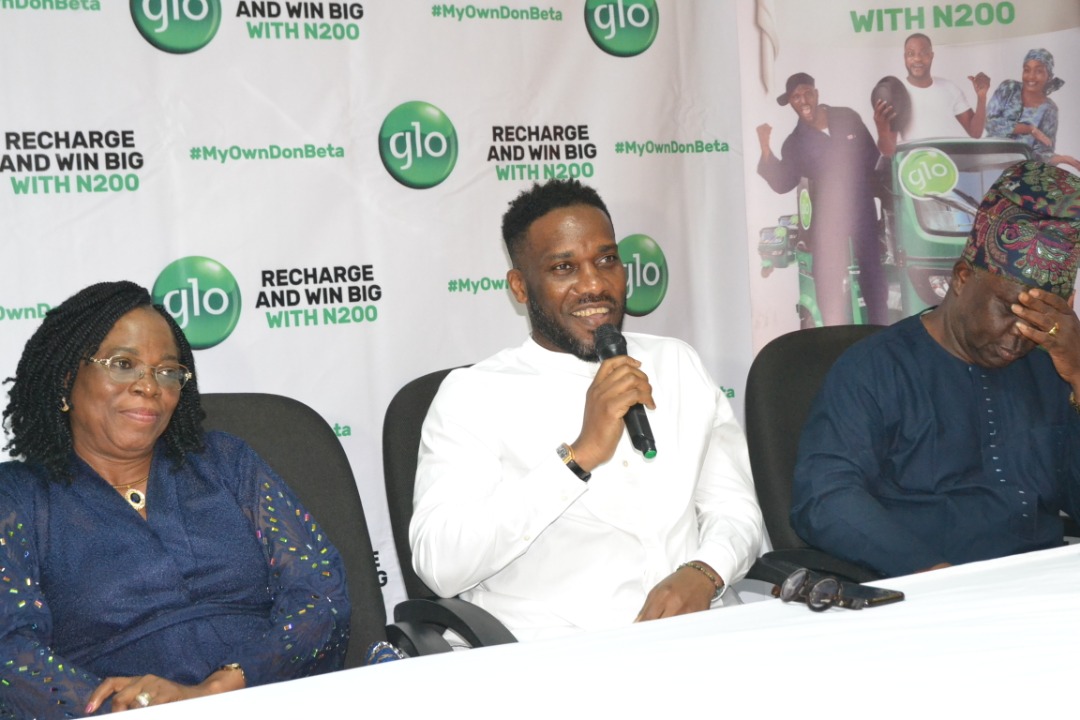 Nigerians from all walks of life have given lavish commendation to the grandmasters of data for the life-transforming consumer promotion tagged “Recharge and Win Big”, otherwise called “My Own Don Beta,” launched in Lagos on Thursday, October 3rd, 2019. 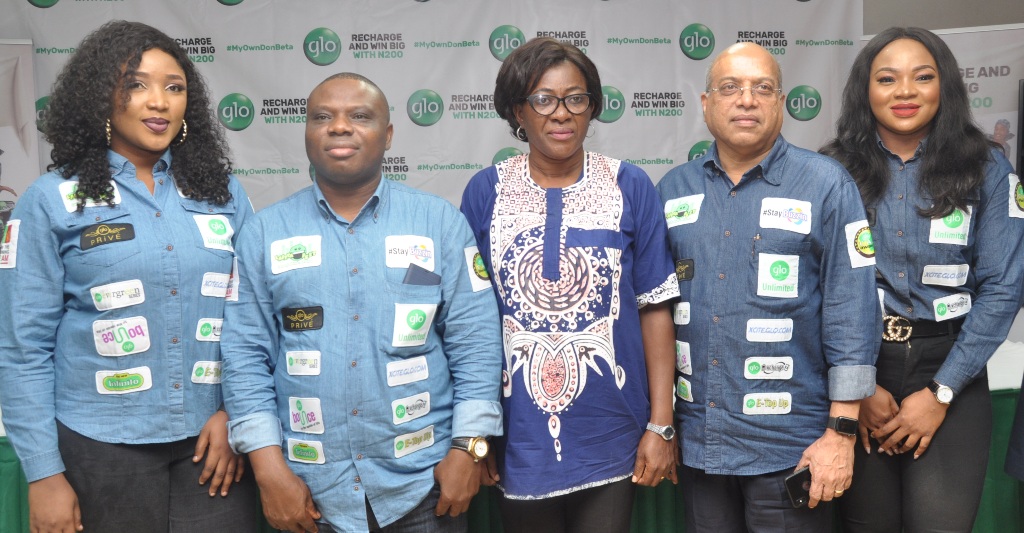 One of the special guests at the launch of the promo, Deputy Director, National Lottery Regulatory Commission, Nkiru Onuzulu, who described Globacom as a credible brand, assured Nigerians of the credibility of the Glo promo adding,

“NLRC is here because we have given approval to Glo and that means the due process has been followed. We will ensure that everything promised will be delivered.”

“Globacom has complied with the terms and conditions for the promo. This promo is a powerful empowerment tool. Imagine if a woman in the village wins the industrial sewing machine. We sincerely appreciate Glo and expect that other telecommunications organizations will emulate them to give back to subscribers in line with our slogan that the subscriber is king.” 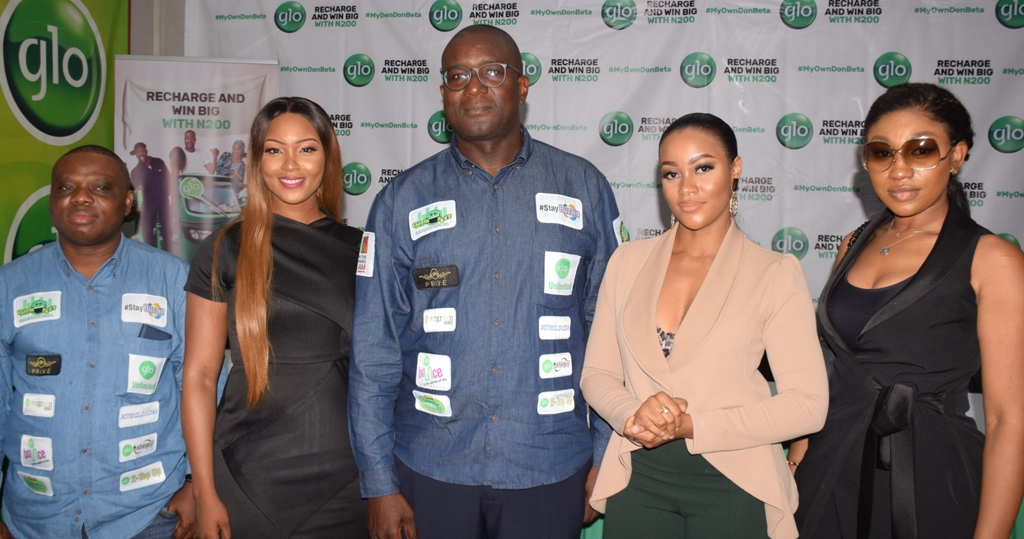 From the University of Lagos, the Dean, Students Affairs, Prof. Ademola Adeleke congratulated Globacom for the promo which he described as a poverty alleviation gesture.

Showing his delight, the Dean said,

“Up Glo! Coming from the University and knowing the depth of poverty in the society, we appreciate the promo. On behalf of the 55,000 UNILAG students, we will give support to the promo and publicize it on campus”.

From the sports sector, ex-Super Eagles Captain, Austin Jay-Jay Okocha expressed delight to attend the launch of the promo adding that

“As a Delta/Igbo businessman, I am seeing a lot of business opportunities. I can only say thank you to Glo.”

President-General of the Nigerian Football Supporters, Dr. Rafiu Ladipo, testified that Globacom has been supporting the Club for over 15 years. 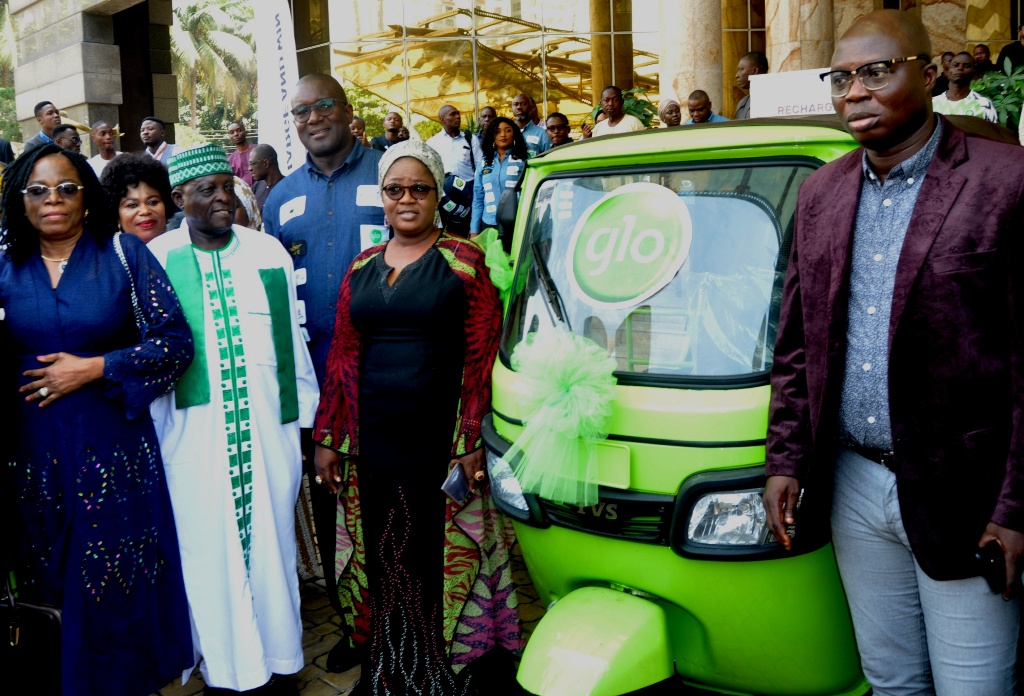 He disclosed that My Own Don Beta promo was open to all new and existing prepaid and postpaid subscribers, and would start on October 3rd, 2019.

On how to participate in the promo, Maji explained that all a prepaid subscriber needed to do was to recharge with a total of N200 in a day either in one recharge or cumulative recharges. “The more the recharge, the more entries the customer gets to the draw, thus the higher the chances of winning”, he added.

Maji also stated that subscribers in all parts of the country would have a chance of emerging winners and that prize-presentation events would be held in Lagos, Abuja, Port Harcourt, Benin, Ibadan, Kano, Jos, Enugu, and Onitsha.