Final Set of Go-Getters face the Maltavator Challenge - Who will make it to the Hustlers Round?

Last week’s episode was action-packed with energetic and captivating performances by the final 10 Maltavators, fueled with Malta Guinness’ vitamin-B goodness and raring to face the series of mental and physical challenges.

Representing Nigeria in this episode was the physically fit, Melvin Enoch from Lagos who was good to go and Michael Uhiene from Kogi State who had done all the hard work and is on the show to win. 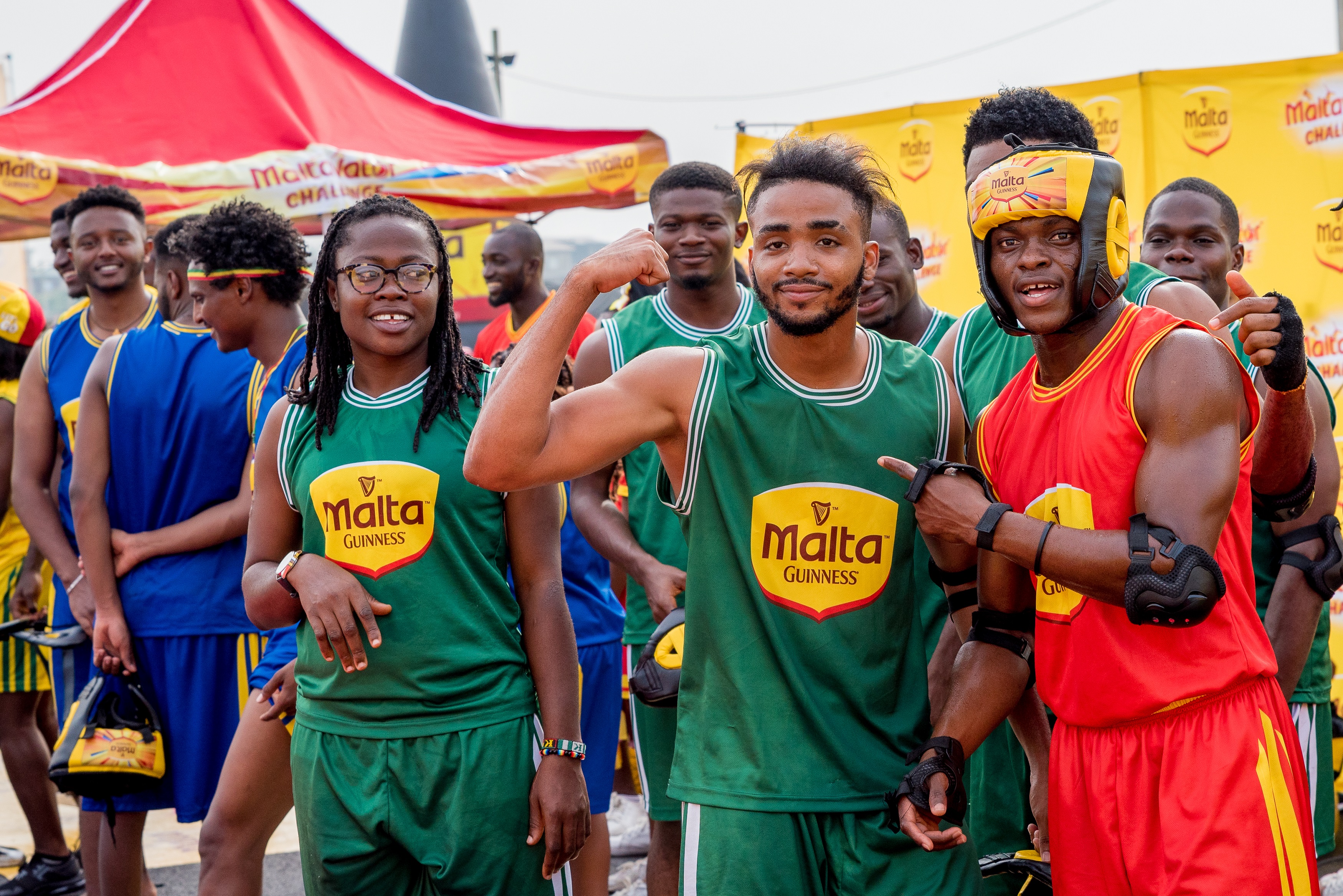 Michael from Nigeria and Emmanuel from Ghana took the challenge first. They went neck and neck through the bollards and across the tyres but Emmanuel took the lead and reached the bottom of the wall first. However, he slipped over on his way up the wall and let Michael gain the lead to grab the flag first. 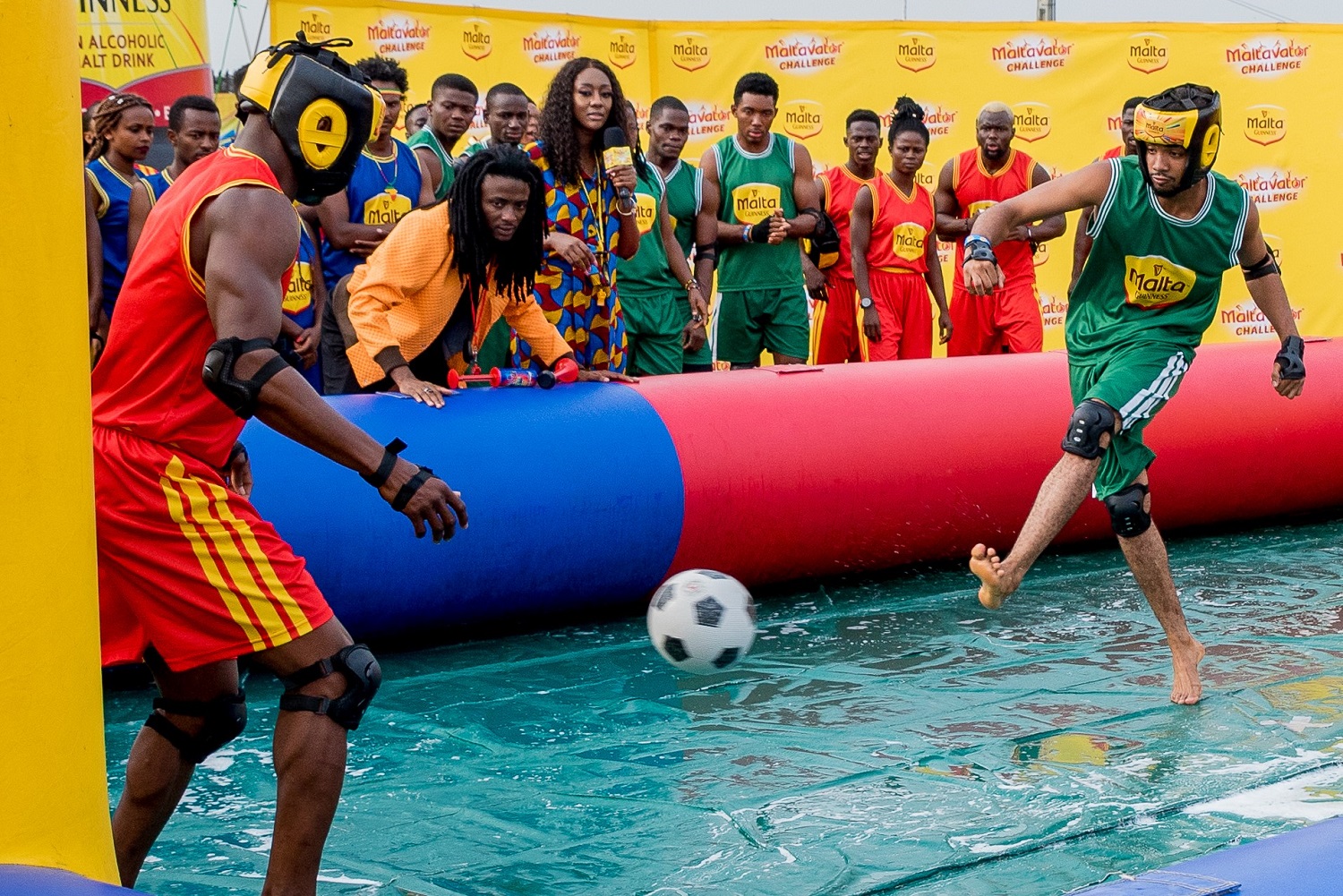 Eyerus from Ethiopia faced Melvin from Nigeria, a battle of David and Goliath. Melvin showed great speed as he flew through the tyres and bounded up the wall to collect his flag. He made it back down in good time and even cheered Eyerus on who gave it her all but sadly didn’t manage to collect her flag.

The Nigerian team clocked the fastest times in the first round with Michael just edging ahead of Melvin.

The next challenge was the Sharp Shooter. Two contestants head to head on a slippery pitch, with one ball and the aim to score as many goals as possible. Let’s go!

Emmanuel from Ghana and Michael from Nigeria started this challenge, chasing each other around the pitch. They managed to put the ball in the net a few times with a display of spectacular footwork. Emmanuel took the win with 9 goals to 5.

Eyerus from Ethiopia faced Melvin from Nigeria next. Melvin scored straight away against Eyerus, who is about half his size but she had the backing of the crowd and received the biggest cheer when she finally put the ball in the net. 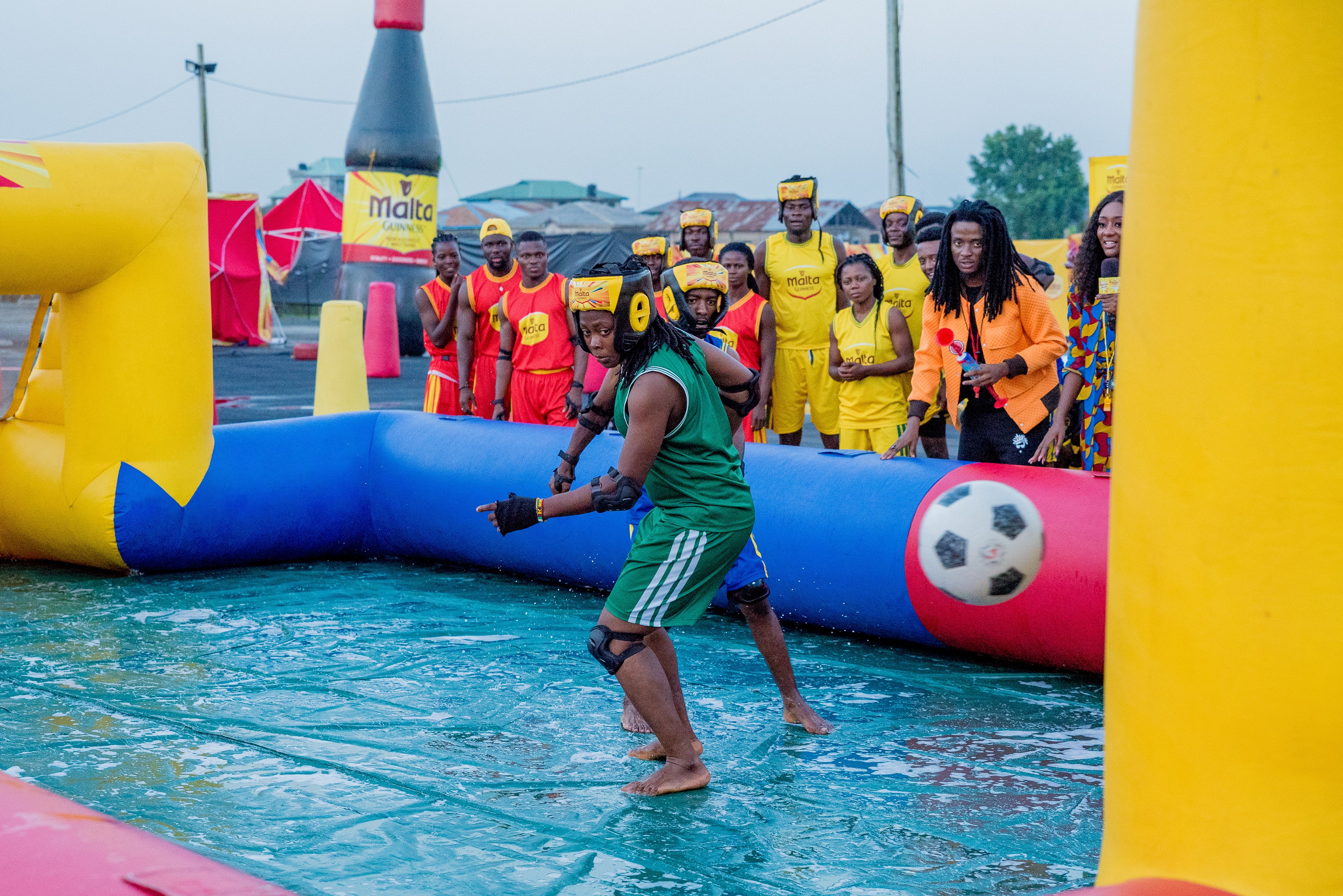 Melvin won the game with 11 goals to 1 but it was Eyerus that won the hearts of other contestants for her gutsy performance.

There was one round left and this one could determine who made it through to the next round. The “Vitamizer” is a test of mental ability as the contestants have to seek out the B vitamins found in Malta Guinness – B1, B2, B3, B5 and B6 – and collect the correct balls in their bucket, all against the clock.

First to face “The Vitamizer” were Emmanuel from Ghana and Michael from Nigeria. They went quickly off the mark collecting balls. Michael filled his bucket first but didn’t get it right. As he searched for his final B vitamin, Emmanuel stepped in and picked all the B vitamins correct on the first attempt.

Eyerus from Ethiopia and Melvin from Nigeria were next. Melvin employed the smart tactic of collecting his B vitamins near Regina so that he could hand over his bucket quickly. It worked as he found the balls in super quick time on his first attempt, the fastest time of the episode. Eyerus wasn’t too far behind, she also got it the right first time and received a handshake from Melvin. 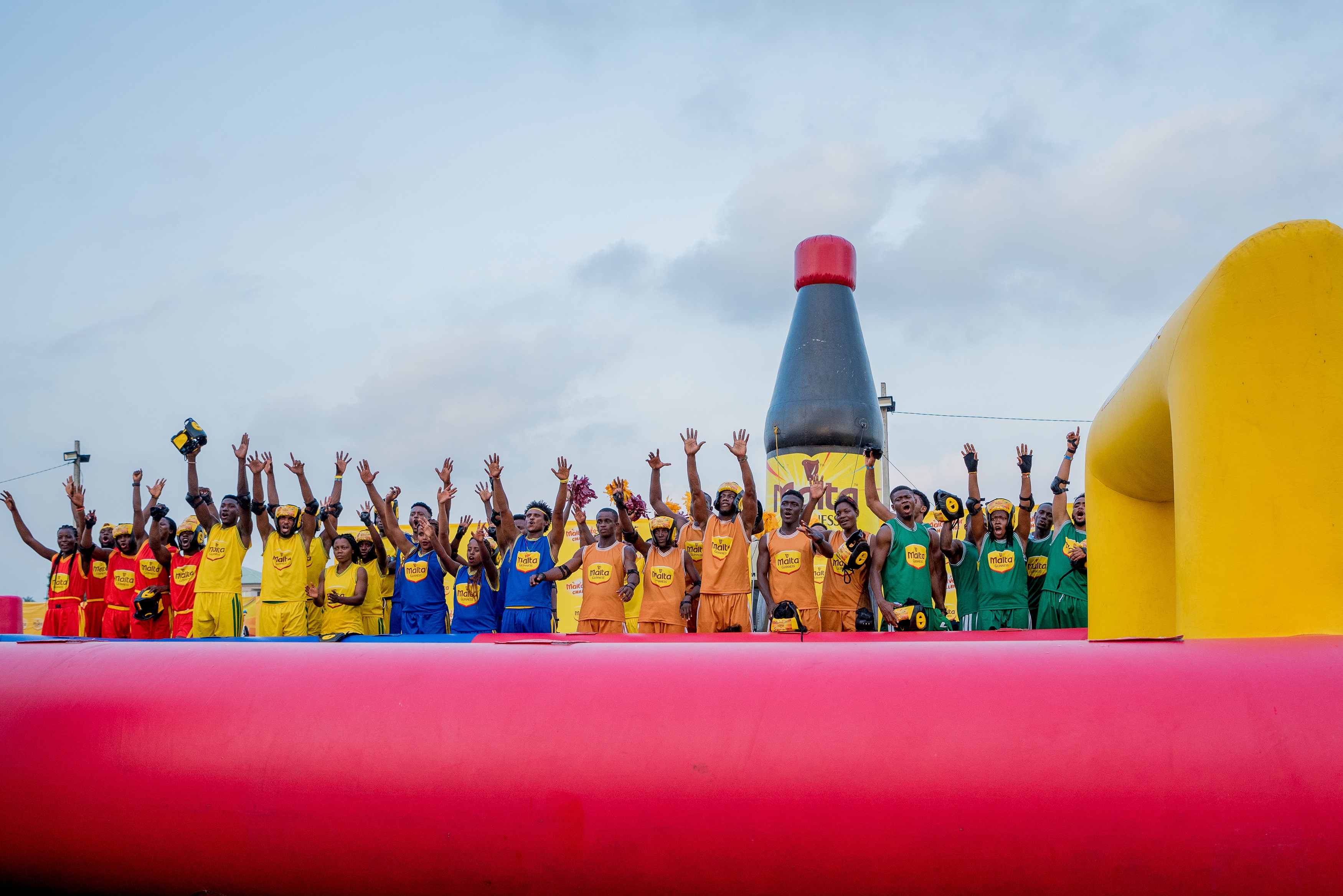 At the end of this great challenge, we had seen all 30 of our Maltavators show their stuff. Next week, the top 3 from each country will be back to face even more energetic obstacles and they step closer to becoming the winner of the 20,000 USD grand prize.

The great taste, goodness, and vitality of Malta Guinness continues to fuel people across Africa to greatness.