Tiwa Savage replies Charles Anazodo who Accused her of being "Discourteous" 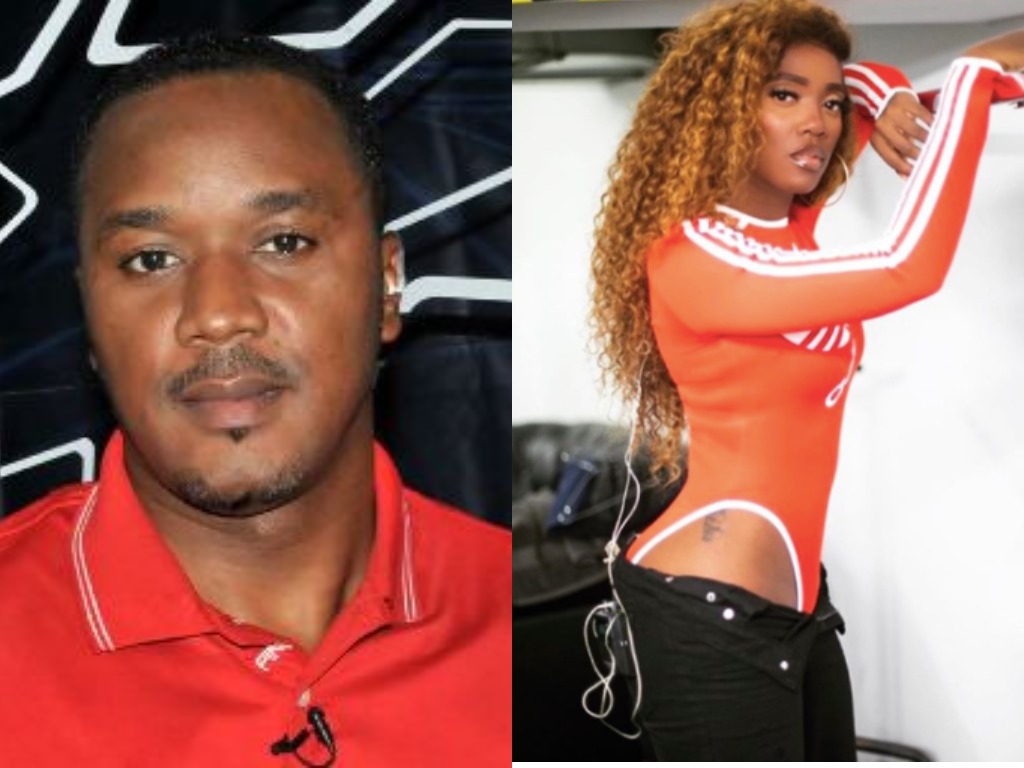 Charles Anazodo, a veteran tv personality took to Twitter on Thursday to share how Tiwa Savage “walked past” him “and didn’t have the courtesy to say hello”.

@TiwaSavage was a guest on @THEBEAT999FM earlier today, arrived and walked past @kallyjoe and I, and didn’t have the courtesy to say hello. I guess being a superstar gives you the right to be discourteous. 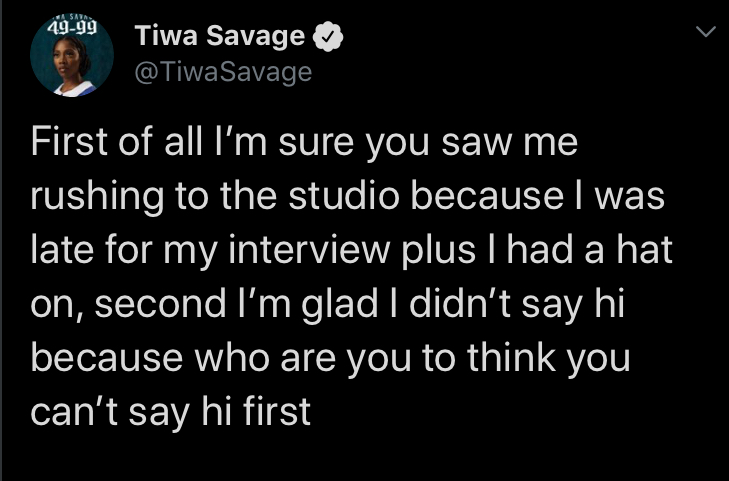