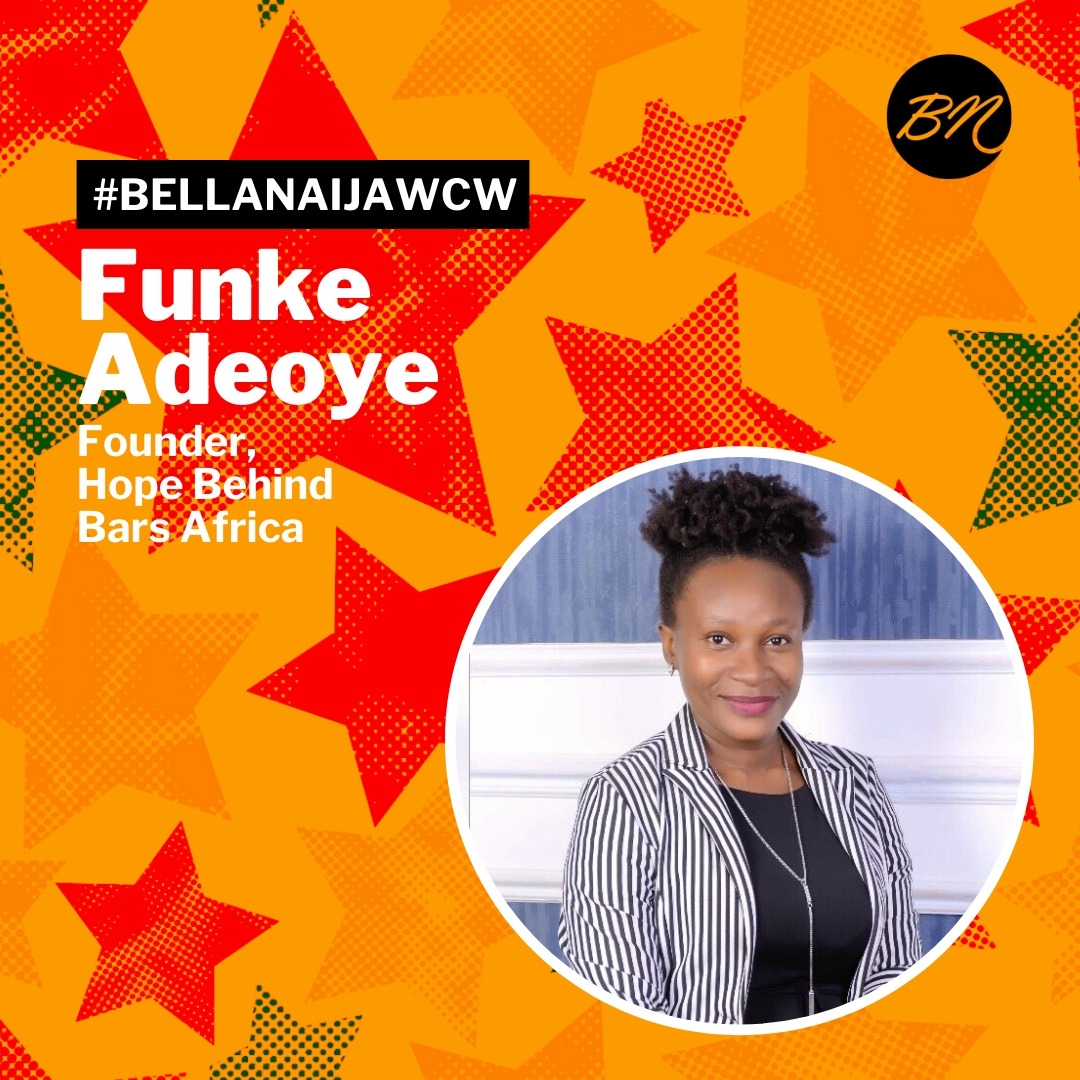 For our #BellaNaijaWCW feature this week, we celebrate Funke Adeoye, a public interest lawyer who’s the founder and executive director of Hope Behind Bars Africa, a community of volunteers building a social profit organisation committed to restoring justice, dignity and hope to the lives of women and men living behind bars with particular emphasis on indigents, women and young inmates.

Funke‘s goal is simple: to promote the development of effective and sustainable interventions for increasing access to justice, human rights and reducing a cycle of recidivism/re-offending among women and juvenile offenders housed in correctional facilities in Africa.

Funke decided to become a lawyer because she wanted people, especially the underserved, to access justice. While writing her thesis on prison reforms in Nigeria, she decided to do something about the problems she discovered – so many people in prisons are poor and they can’t afford legal representation; then there’s the issue of lack of information. This idea became more concrete when she volunteered with an NGO and visited prisons.

After she spoke to lawyers about the situation of things, they told her they want to act, but they needed a platform, and she decided to create one.

Today, with headquarters in Abuja, the organisation works with volunteers in Abia, Niger and Nasarawa states in Nigeria.

Since founding the non-profit in May 2018, Hope Behind Bars Africa has represented well over 50 indigent awaiting trial inmates in criminal and human rights cases in Abuja, Niger and Abia states, many of whom should never have been in prison in the first place.

The non-profit’s welfare interventions have reached over 1000 inmates at Suleja and Keffi Prison. It is advocating and working towards the emergence of a humane and secure correctional system where justice is easily accessible to indigents and people who find themselves behind bars are corrected and empowered to prevent re-offending.

Funke is a 2019 Accountapreneur with Accountability Lab and a Cornell Center on the Death Penalty Worldwide Makwanyane Institute Fellow.

We celebrate Funke for being a voice for the voiceless and for leading a change in the Nigerian correctional system.

The Many Lies We Were Told as Children