For today’s #BNCollectiontoCloset, we spotted American Actress and Singer Zendaya looking uber chic at the premiere of Queen and Slim in California. 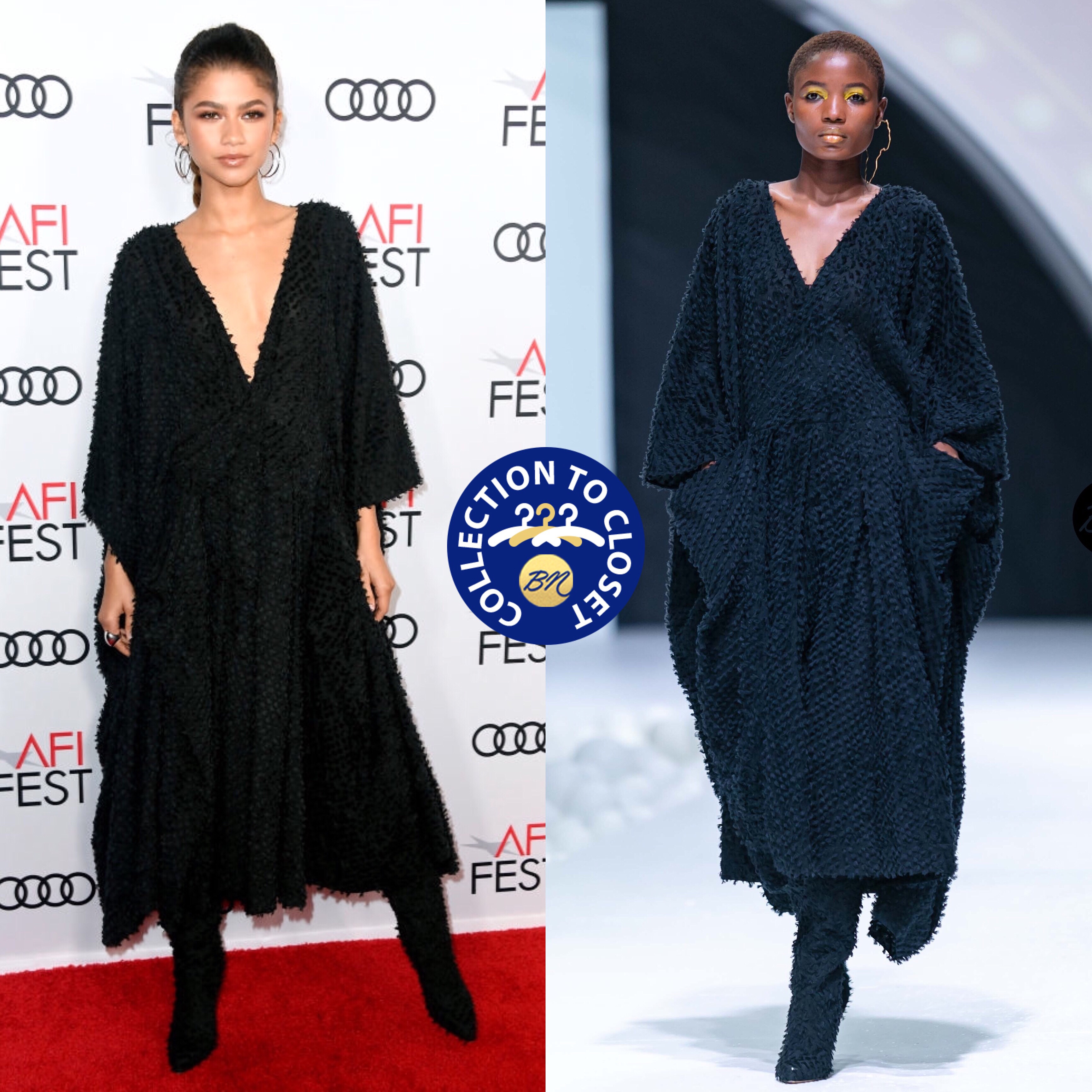 The Euphoria star made a statement on the red carpet in a black textured kaftan dress from the Spring/Summer 2020 collection of Cameroonian designer Imane Ayissi. Ayisi’s love for French Haute Couture and interest in environmental issues informs his sophisticated but organic designs. The new collection mixes textile treasures from Africa with a couture dimension and was presented at the just concluded GTBank Fashion Weekend 2019. 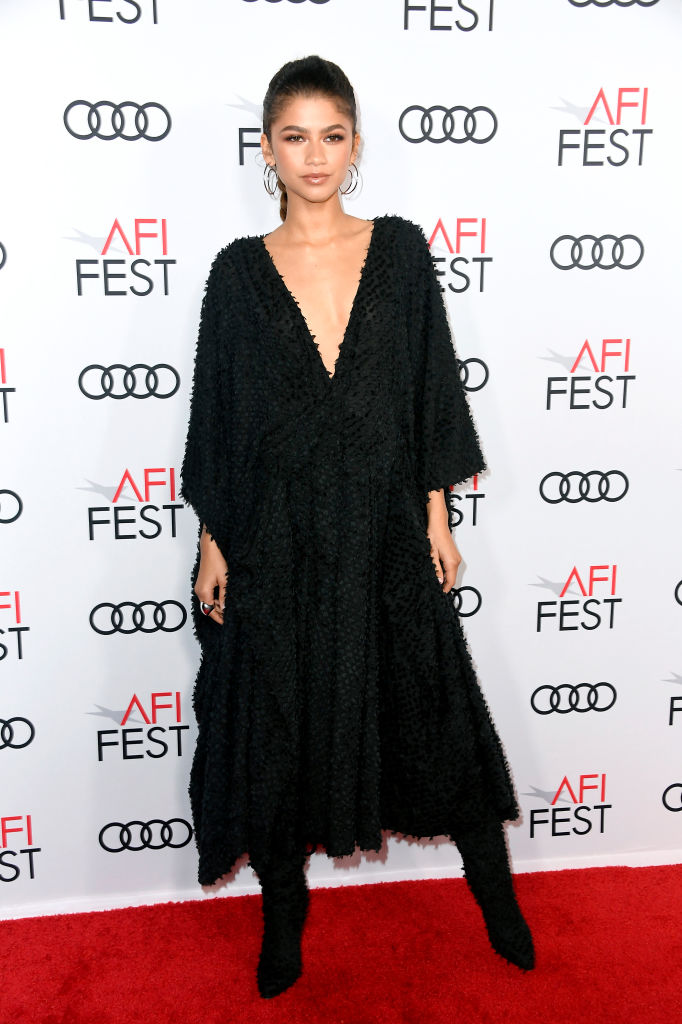 Zendaya completed the look with a pair of boots from the Goya Paris x Imane Ayissi collaboration.