Mayorkun is set to take it a Notch Higher this Detty December with 'TMOL Fest 2019', a 3-day Concert 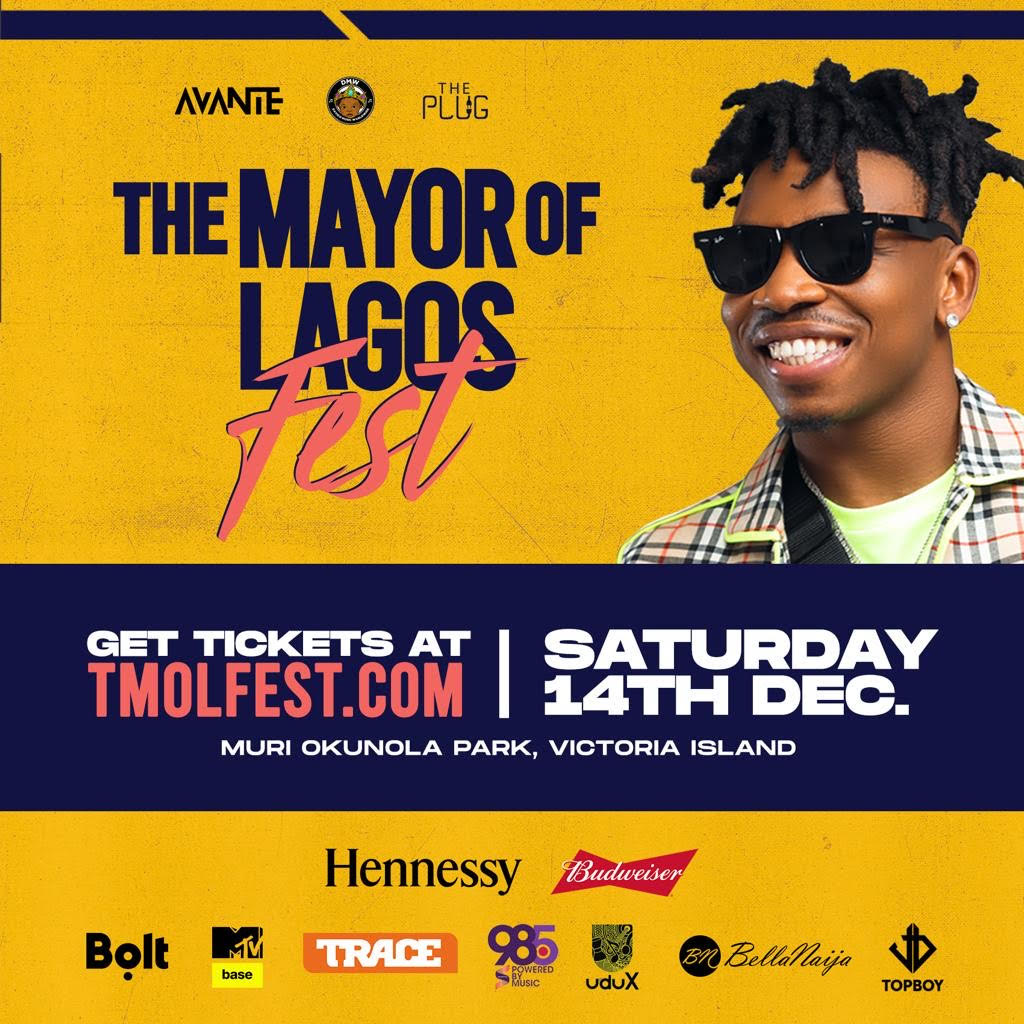 Fresh from a sold-out headline concert at the Indigo at the O2 in London, Nigeria’s favorite Pop Prince Mayorkun is set to take it a notch higher this Detty December as he prepares a 3-day special for his fans titled the “TMOL Fest 2019”. The 3-day event will kick off on Friday, the 13th of December with a Pop-Up Show (Free Entry) which will happen simultaneously at XVII Glover in Ikoyi & Ikeja City Mall. The next event and the most important is the TMOL Concert which will take place at the Muri Okunola Park in Victoria Island on Saturday, the 14th of December. To round it off, the Mayor of Lagos will host a super private Beach House Party on the 15th of December which is strictly by invitation.

The singer has had a stellar year so far following up his debut album release last year with two huge bangers this year; “True” featuring Kizz Daniel and more recently “Up To Something” which embodies a strong message about body positivity.

Tickets can be obtained via the official festival website – www.tmolfest.com. Discounted student tickets can also be procured at the Burg Restaurant in Ikeja and Filmhouse Cinemas in Surulere and Lekki.

We Have Something Exciting for you BellaNaijarians! WIN TWO VIP Tickets to see Teni Live in Concert