This Guy Tried the Water Gun Fight in a Nigerian Mall and It Didn't Go As Planned ?

Taaooma's Set Shenanigans & TikTok Compilation will Crack You Up🤣

Bovi & Mr Macaroni's Comedy Skit is All About the Twitter Ban 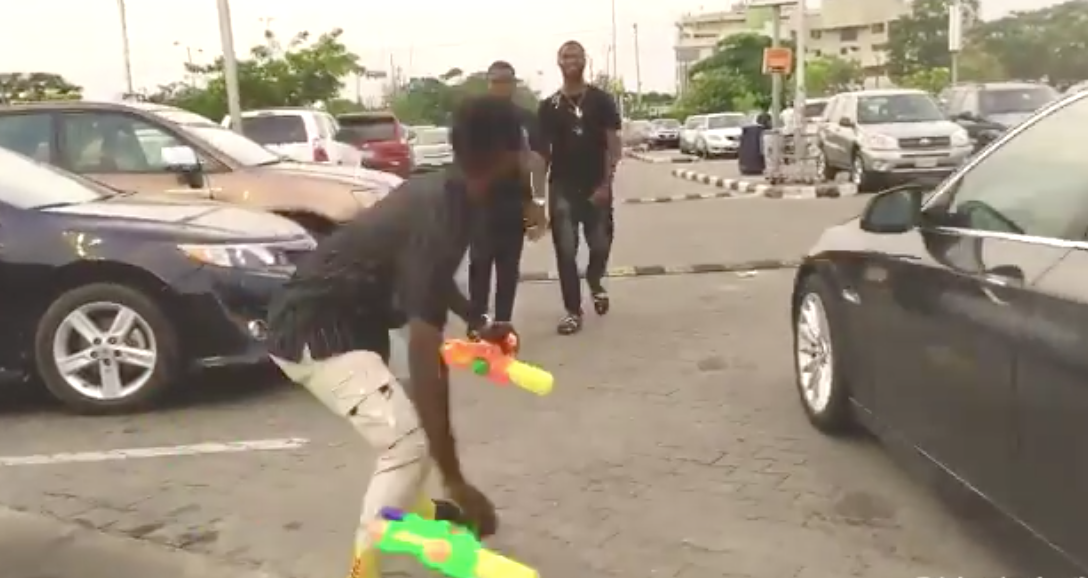 You’ve probably seen that video of the guys running around their school and tossing water guns to strangers, the strangers picking the guns up and a fight ensuing.

In a viral video, VCU grads challenge Richmonders to random water gun fights around the city. There’s no way to watch it without smiling ear to ear the whole time. The last one is my favorite ?

Well, a Nigerian man tried the same thing at the Ikeja City Mall car park, and the results were … interesting.

While we’d love for you to see for yourself, we particularly love someone’s reaction (so we have to mention it): this babe said, Don’t even think about it.

I tossed water guns at random people in Lagos and said ‘Gun fight?’ To see if they’ll shoot back. LAGOS PEOLE ARE MEAN! ??#blaqboiconcepts pic.twitter.com/stMTzPLr0t