The Remake of the Classic Nollywood Films "Glamour Girls" & "Rattle Snake" have Been Confirmed! Get the Scoop 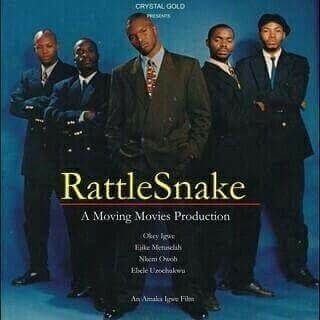 This year is already looking good for Nigerian movie lovers, all thanks to Charles Okpaleke who recently announced that remake of two classic Nollywood blockbusters, “Glamour Girls” and “Rattle Snake,” after acquiring the rights to both movies.

The filmaker made the announcement on social media, giving us the dates both movies are expected to be relaesed in cinemas. He wrote:

“Just secured the rights to the Nollywood Classic “Rattle Snake”. Thus I’ve decided to take on only 2 Nollywood projects between now and Dec 2021. Rattle Snake: In Cinemas Nov/Dec 2020 Glamour Girls: In Cinemas Dec 2021”

Charles Okpaleke also owns the sole rights to ‘Living in Bondage‘, whose sequel recently achieved blockbuster status in Nigeria, having grossed over ₦140 million within the first few weeks of its release. “Living in Bondage: Breaking Free” marked Charles’s debut into Nollywood as an Executive Producer and is still showing in cinemas nationwide.

Cardi B Needs Help Choosing a Nigerian Name, Chioma B or Cadijat – What Do You Think?