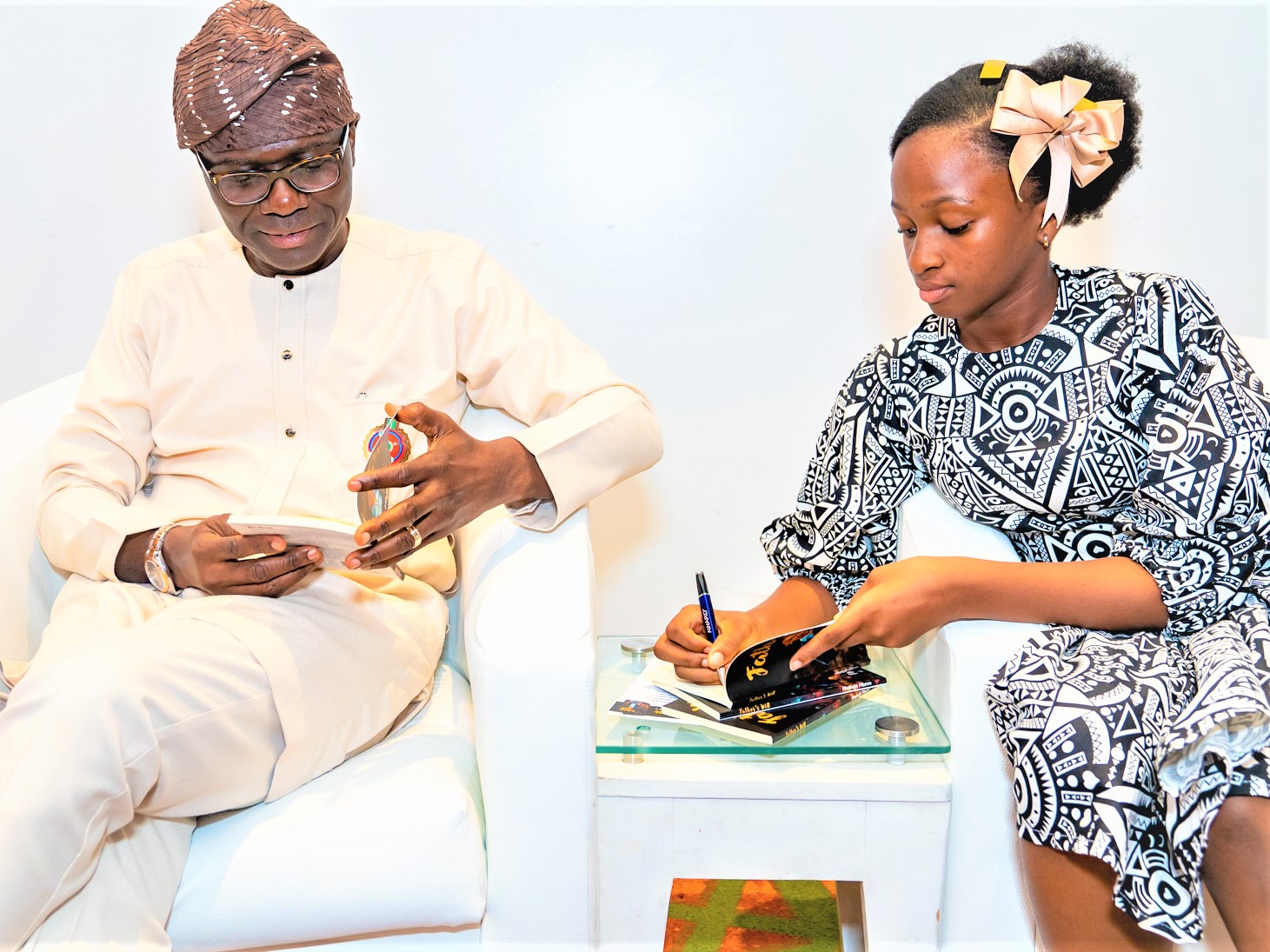 Child prodigy and 12-year-old author, Munachi Mbonu, a student of Atlantic Hall School, Lagos, has received accolades on the publication of her third book titled, Father’s Will.

Father’s Will is fantasy interwoven with science fiction, in which the main character, a super cop, demonstrates innate powers to solve earth-shattering cases. Munachi is an author of two previous books titled “Concealed” and “Chidubem”.

Lagos State Governor, Babajide Sanwo-Olu was among distinguished personalities at the unveiling ceremony. The governor, who was visibly impressed, praised the teenage author and encouraged her not to relent in her efforts.

“Munachi is no doubt on a path to greatness. She has defined her path and I must say without a doubt that the sky is her limit”, the governor said.

The Chairman of Atlantic Hall Educational Trust Council, Taiwo Taiwo expressed profound pride in Munachi, describing her as an embodiment of the school’s mission to raise critical thinkers and best talents for the 21st century.

Taiwo added that the young author is “sound academically, possesses great social skills and is an all-round embodiment of the great young talents that our nation produces”.

“We are especially proud that Munachi imbibed our culture of strong academics, great extra-curricular skills and a fine embrace of innate talent.  Munachi is hugely talented”, she testified.

The Deputy Commissioner of Police, Abba Kyari, who inspired the latest publication, Father’s Will, was full of praises for the author.

“If we start encouraging young ones like this, the brain drain will become a thing of the past. Crime will reduce drastically as young ones become more purposeful and aim for their personal growth”, Kyari noted.

School principal, Andrew Jedras reaffirmed the school’s determination to consolidate on their track record of excellence. “We have aligned our strategic thinking, planning, and direction to ensure that the education that students receive at Atlantic Hall reflects our transformative approach; one that is more than knowledge acquisition, but which at its core, is committed to creating a crop of top-flight young people fit for a global 21st century”, said Jedras.