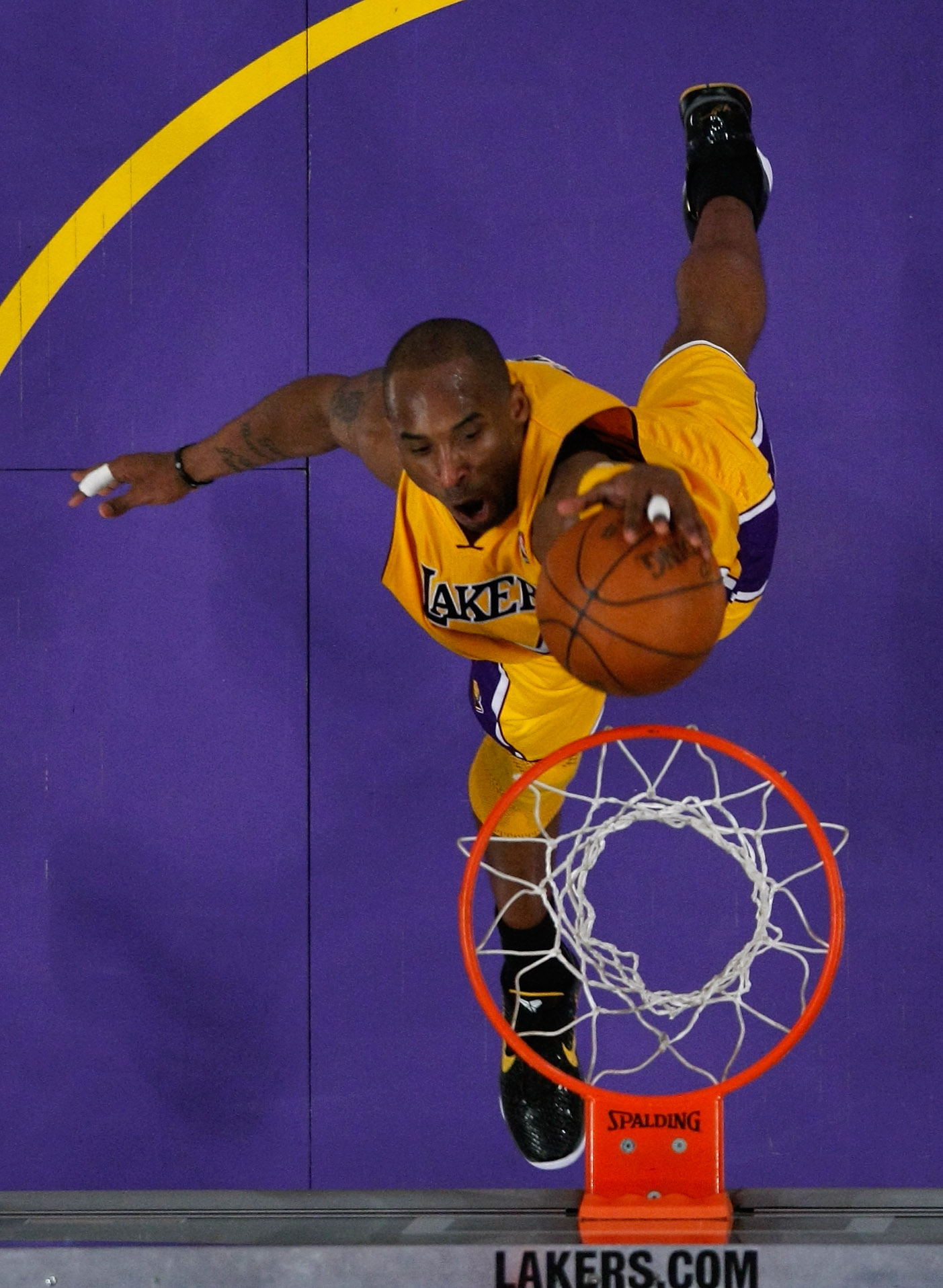 LOS ANGELES, CA – APRIL 26: Kobe Bryant #24 of the Los Angeles Lakers dunks the ball with his left hand in the lane in the third quarter against the New Orleans Hornets in Game Five of the Western Conference Quarterfinals in the 2011 NBA Playoffs on April 26, 2011 at Staples Center in Los Angeles, California. NOTE TO USER: User expressly acknowledges and agrees that, by downloading and or using this photograph, User is consenting to the terms and conditions of the Getty Images License Agreement. (Photo by Harry How/Getty Images)

Everyone is still stunned by the death of the legend, the one and only Kobe Bryant, who died in a helicopter crash in Calabasas.

Reports have confirmed that his 13-year-old daughter, Gianna, was also killed in the crash.

It’s devastating news, and everyone is left grappling for words.

And words are all we have, friends and fans of the legend expressing their shock at the news, celebrating him for the life he lived, condoling with his family.

Kobe was a legend on the court and just getting started in what would have been just as meaningful a second act. To lose Gianna is even more heartbreaking to us as parents. Michelle and I send love and prayers to Vanessa and the entire Bryant family on an unthinkable day.

Reports are that basketball great Kobe Bryant and three others have been killed in a helicopter crash in California. That is terrible news!

Like everyone, I’m stunned and saddened by the news about Kobe Bryant. My heart is broken for his wife and family.

Jesus this is heartbreaking.

We already miss you my brother RIP ??❤️ God Bless you and your family

Most people will remember Kobe as the magnificent athlete who inspired a whole generation of basketball players. But I will always remember him as a man who was much more than an athlete. pic.twitter.com/9EZuwk8wrV

Rest In Paradise Kobe Bryant Praying ?? For The Family I Hope Wake Up From This Nightmare Because This Can’t Be True! Saddest Day In Sports History. We Love U Big Bro.

My heart is in pieces hearing the news of this unimaginable tragedy. I can’t fathom what the families are going through. Kobe meant so much to me and to us all. Sending my prayers, love, and endless condolences to Vanessa and the family and anyone who lost someone on that flight.

Kobe Bryant’s Daughter, Gianna & 7 others were also Killed in the Helicopter Crash ?