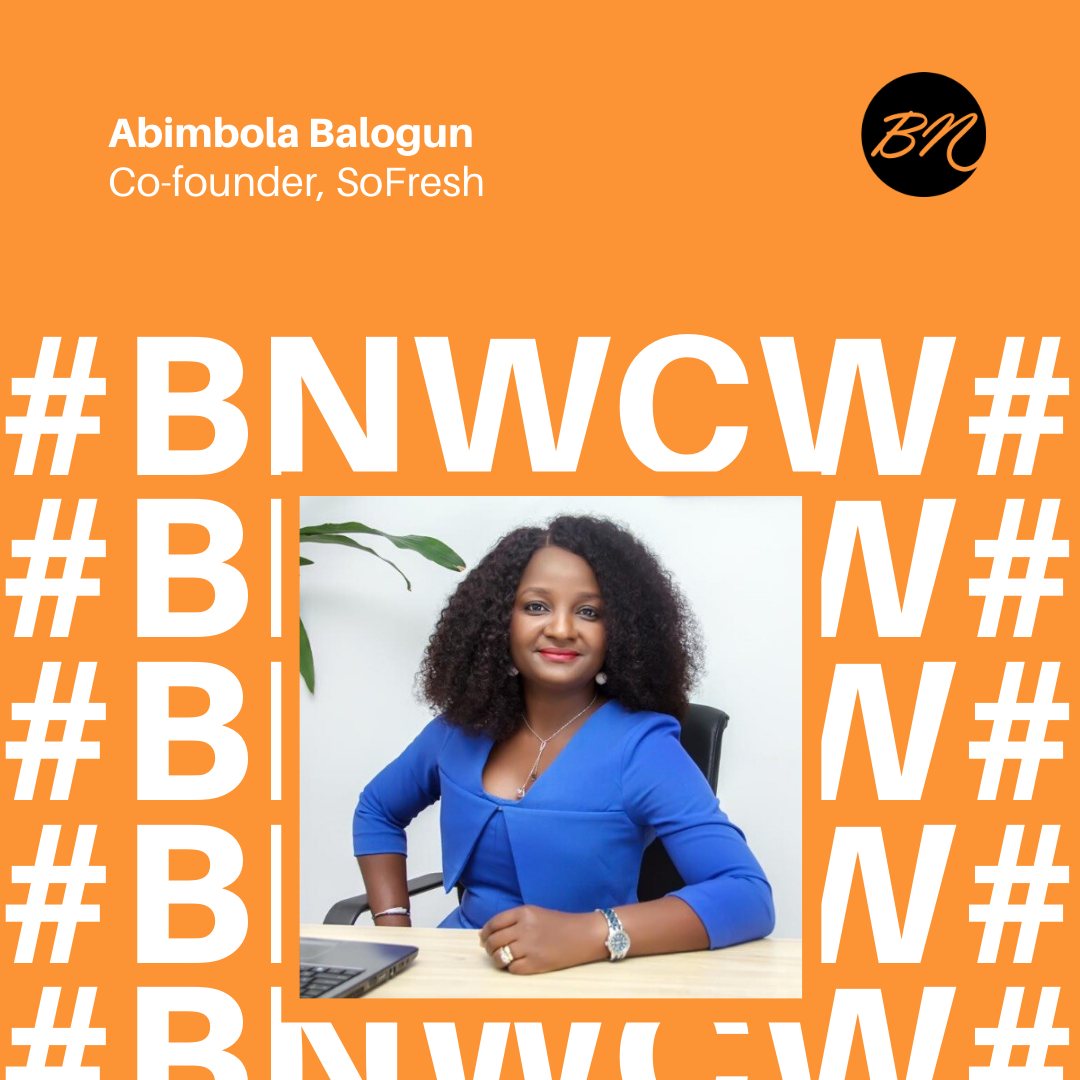 For our #BellaNaijaWCW feature this week, we shine the spotlight and celebrate Abimbola Balogun, the co-founder of SoFresh, a healthy food chain, providing fresh delicious, nutrient-rich healthy meals and committed to promoting a healthy lifestyle.

Abimbola, together with her husband, Goke, founded the company in a little corner shop in the Ogba area of Lagos after moving to Lagos from Kwara state, a year prior.

So Fresh was originally founded as Fruitivegies Limited in 2010 – a modernised Farmer’s Market. It was conceived to be a departure from our traditional way of shopping for fresh produce in Nigeria, by providing a clean serene and hygienic environment for Nigerians to buy fresh produce.

In a few weeks of opening the store, Abimbola and Goke discovered the market wanted something more and they started to shift focus to freshly prepared meals, in order to tap into the increasing health consciousness and culture shift in the ‘what’, ‘how’ and ‘where’ people shop for food.

Reality soon hit 2 months later and sales were dropping. They decided to take to the streets, engaging in door-to-door advertising and distribution of flyers. Sales began to go up again. But by the end of 2012, they encountered a bigger issue – sales kept going up, but there was no profit.

Early 2013 was a defining point for the company – to stop the business or keep going, with a different strategy. Abimbola and Goke took the latter, invested almost x5 of their initial capital, and moved to the Ikoyi area of Lagos, to a bigger market yet to mature, to set up another store. This was round the time the name was changed to SoFresh.

Two years after that move, SoFresh opened a second outlet at Opebi in 2015, then a third at MMA2 Airport, Ikeja in 2017. SoFresh currently has 9 locations across Lagos and Abuja.

Abimbola is a Law graduate from the University of Ilorin and apart from running SoFresh, she’s also an HR professional, focusing on capacity building for organisational growth.

Abimbola and Goke’s story is one of determination, passion and partnership that works, and we hope it’s something you can learn from (You can read their full story on their BN Making It! feature on BellaNaija).

Patoranking is Giving Scholarships to “exceptional leaders & change-makers” from Africa ??????