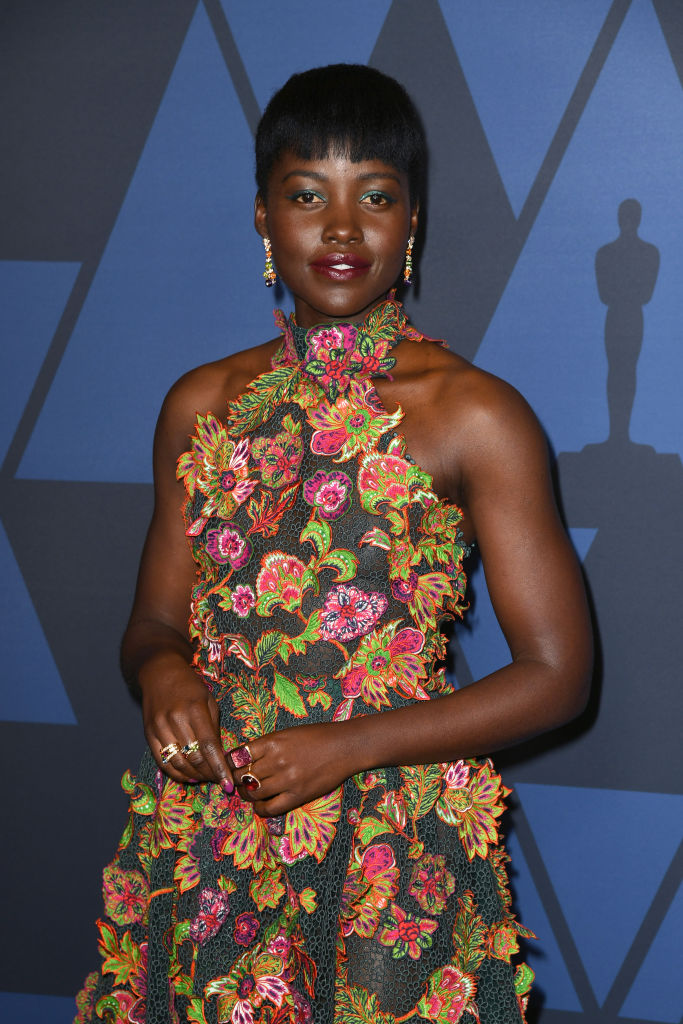 Hey guys! Guess what… Lupita Nyong’o is in Lagos, Nigeria!

The Hollywood star is the lead actress and also executive producer (alongside Danai Gurira) for the screen adaptation of Chimamanda Ngozi Adichie‘s best-selling book “Americanah“. Last night, on the 22nd of February, Lupita was hosted to a private event by the author with the aim of introducing Lupita to friends, family and members of the Nigerian creative community.

BellaNaija was also present at the dinner and we learned some pretty interesting details about the forthcoming series.

How she acquired the rights to the movie

Lupita revealed that ‘Americanah’ has been a passion project for her since she read Chimamanda’s beautiful novel in 2013 and she knew she had to bring it to life on TV screens. She admitted that after reading the book, she cried a lot and found out that they had a mutual friend in the acknowledgement page of ‘Americanah’, contacted him to send an email to Chimamanda, met up with the author at Toronto Film Festival and the rest is the result of the forthcoming screen adaptation.

Don’t be surprised when you meet Lupita Nyong’o, Zackary Momoh, Uzo Aduba, Corey Hawkins, Danai Gurira or Chinonye Chukwu in the streets of Lagos, because they are bringing the magic to the roots.

She’s learning Igbo and Pidgin for the movie

It might seem like a difficult task learning a new language within a short period of time, but Lupita is definitely pulling it off. She has an Igbo tutor who’s putting her through pretty well and she’s getting a hang of it. She actually believed learning numbers would be easy-breezy but she knows it takes more than number ‘One to Ten’ to speak Igbo fluently for her role.

Yeah!. We know you’re thinking of Nigerian Jollof but… Nah! That may come later but, she is totally in love with Nigeria because of the heart-warming, hospitable and very honest people in it.

She’ll be visiting Lagos more in the next few months

We honestly can’t wait to see more of Lupita in Nigeria and in Lagos. There are definitely a lot of things the actress will love to learn and know about Nigeria and its people.