Mikel Obi gets Emotional as he Addresses Racial Abuse 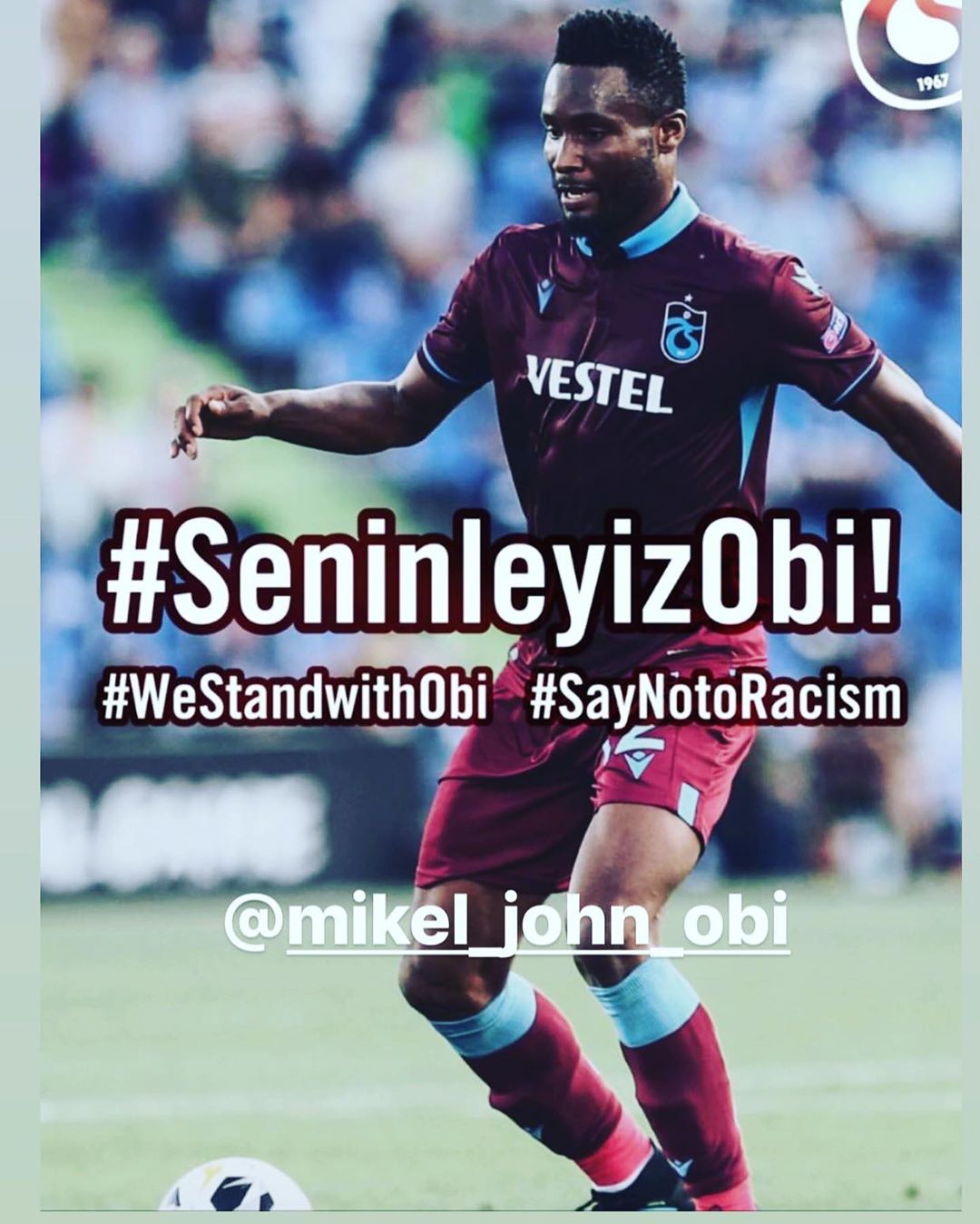 Racism continues to be the reality of black people across the world, and footballers sometimes get the worst of it.

Mikel Obi was racially abused by fans of Fenerbahce, after his team, Trabzonspor, defeated them 2 – 1 in the Turkish Super Lig.

According to Mirror, Mikel got thousands of racist messages sent to his social media accounts, as well as to his wife and their four-year-old twin daughters.

While his team has filed a criminal complaint, Punch reports that Mikel has addressed the abuse in a press briefing where he got very close to tears.

He was particularly hurt that the racists attacked his wife and children, he shared. He said:

After the game on Saturday, I started getting messages on my Instagram, even my girlfriend getting instant messages of racism and hatred, they were very scary messages towards me and my family and kids. There’s no place for this.

I don’t think this should be happening and I think these people should be held responsible. They shouldn’t be allowed to come to games.I’m very disappointed with this – especially my girlfriend, my family, my kids. They are only four years old, why do you talk about my kids? I am very sad about this, it’s a very disturbing time for me.

In this society we live in, there should be no room for such things. We shouldn’t be talking about these things. We are all equal and we are all the same

What Donald Trump’s Acquittal by the US Senate Really Means