Kim Kardashian is a Billionaire & Kanye West is So Proud ❤️

Venita Akpofure is One Proud Mum on Her Daughter's 3rd Birthday

When love is just so beautiful to see and now we get to experience #TheObiUmahiWedding couple.

Daniela and Angelo‘s story started when they were in the University. Even though they are yet to agree on their first meeting, they agree on every other part. The other thing is, we get to read both sides of their love story.

Their love story is one of building a commitment on a solid foundation of friendship and faith. Along the way, they both found healing, love and friendship they both wanted to last forever and this brought about their union. Now it is a big countdown to their #TheObiUmahiWedding wedding. For now, we are crushing on every bit of their pre-wedding shoot captured by Nathaniel Hazel Photography. 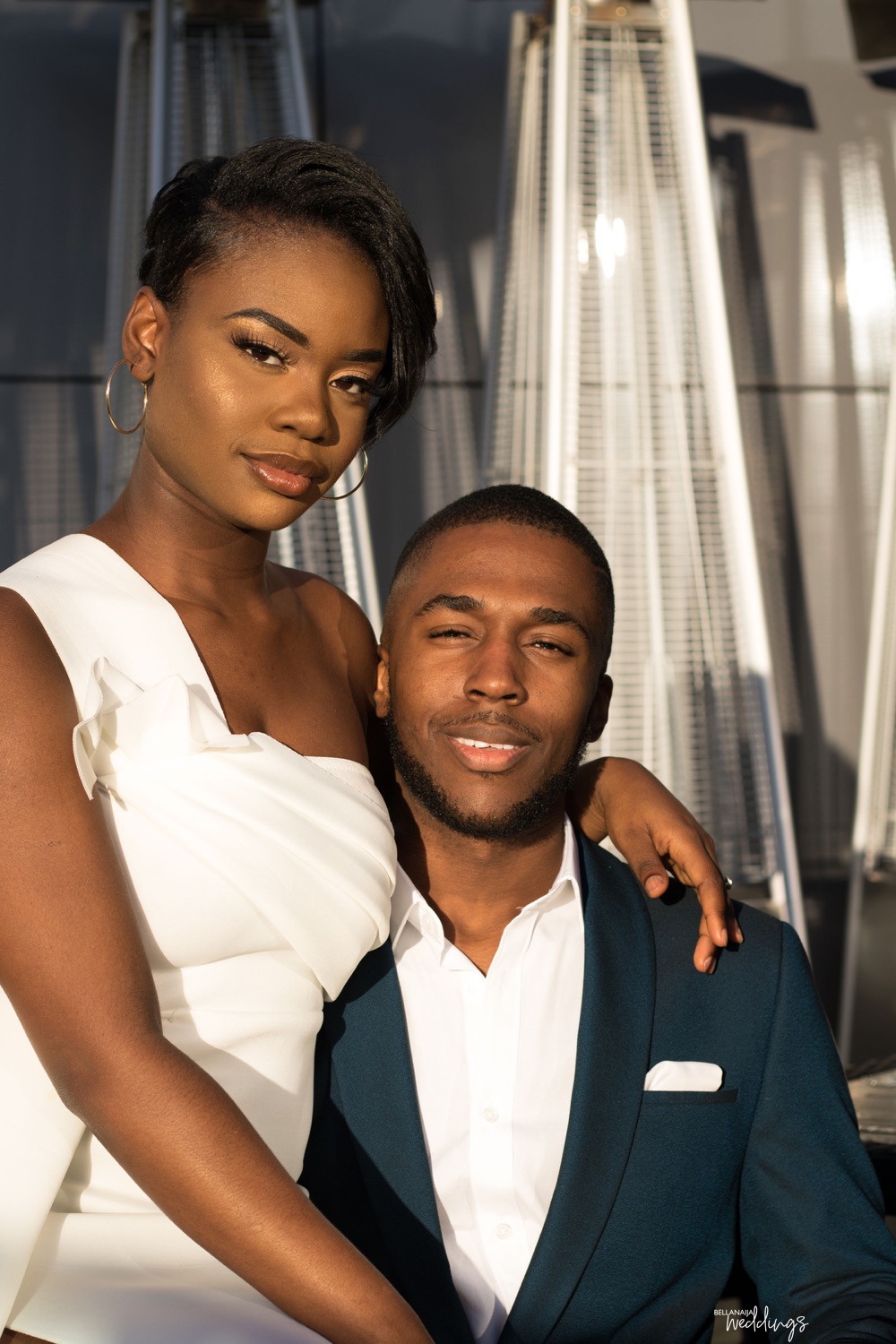 How We Met
By the bride-to-be, Daniela

Angelo and I attended the same university. We met when I was in my 1st year and he was in his 2nd year. We both disagree concerning this part of the story. I say we met at a Christian concert and he says we met at, well his story keeps changing!? When I think back on the story, I think he might be right with parts of his version, but my version is what we are going with. Ok? So a few weeks before the day we “officially met”, I saw him on campus and heard a voice in my head say to me “he will make a good husband”. I laughed it off because well I didn’t know him and at that time I did not know the voice of God. So fast forward to 17th October 2015 (when we officially met), I just noticed someone taller than me decided to stand in front of me and obstruct my view like I came to the concert to watch his head ?. When the concert finished, this guy decided he was going to say hi to all my friends and not me and I was like “no no no” we are not going to allow it. So I said “aren’t you going to say hi to me” and he couldn’t even remember my name to even say hi (even though he claimed we met before). Imagine! Anyway, that was the end of that encounter. 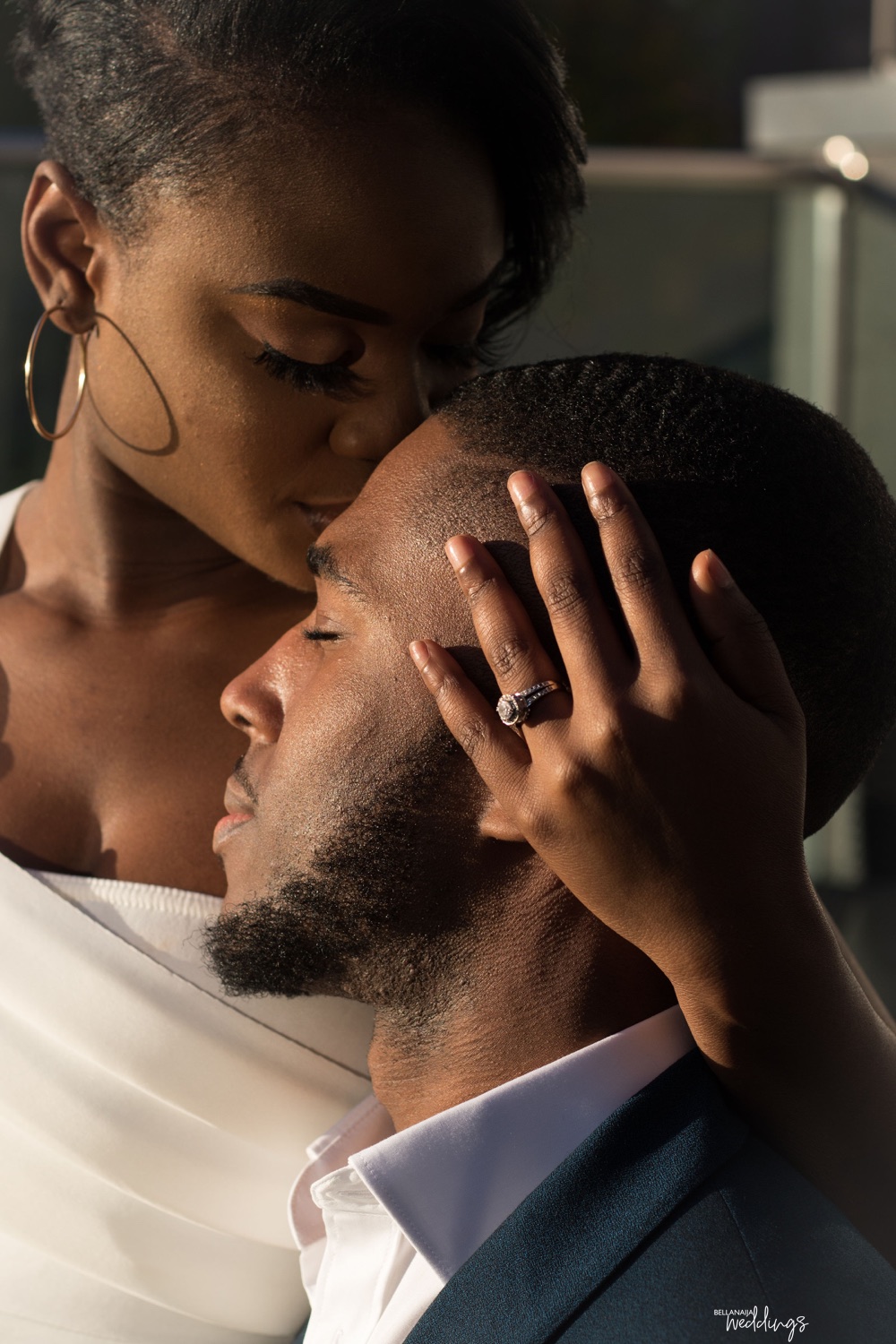 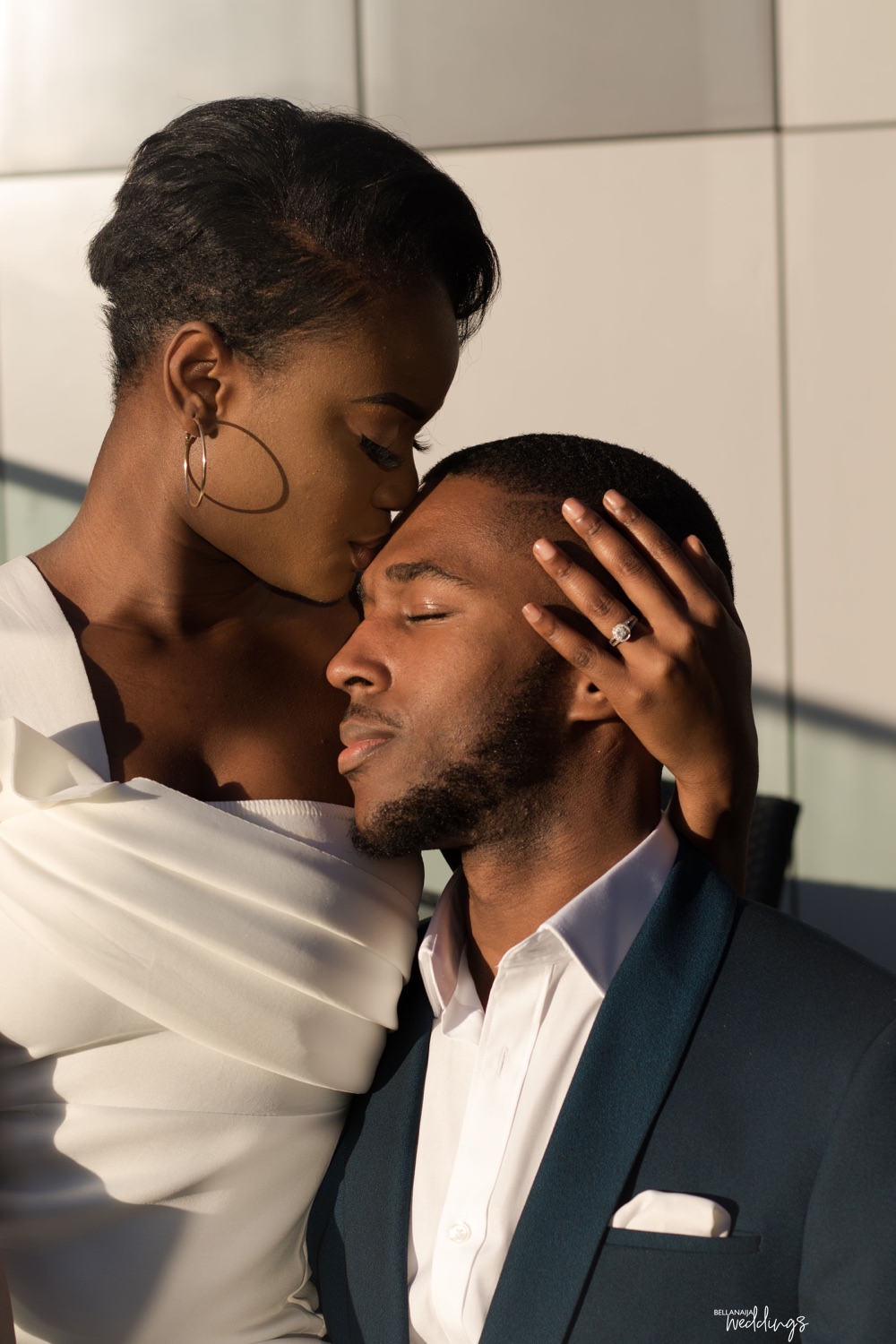 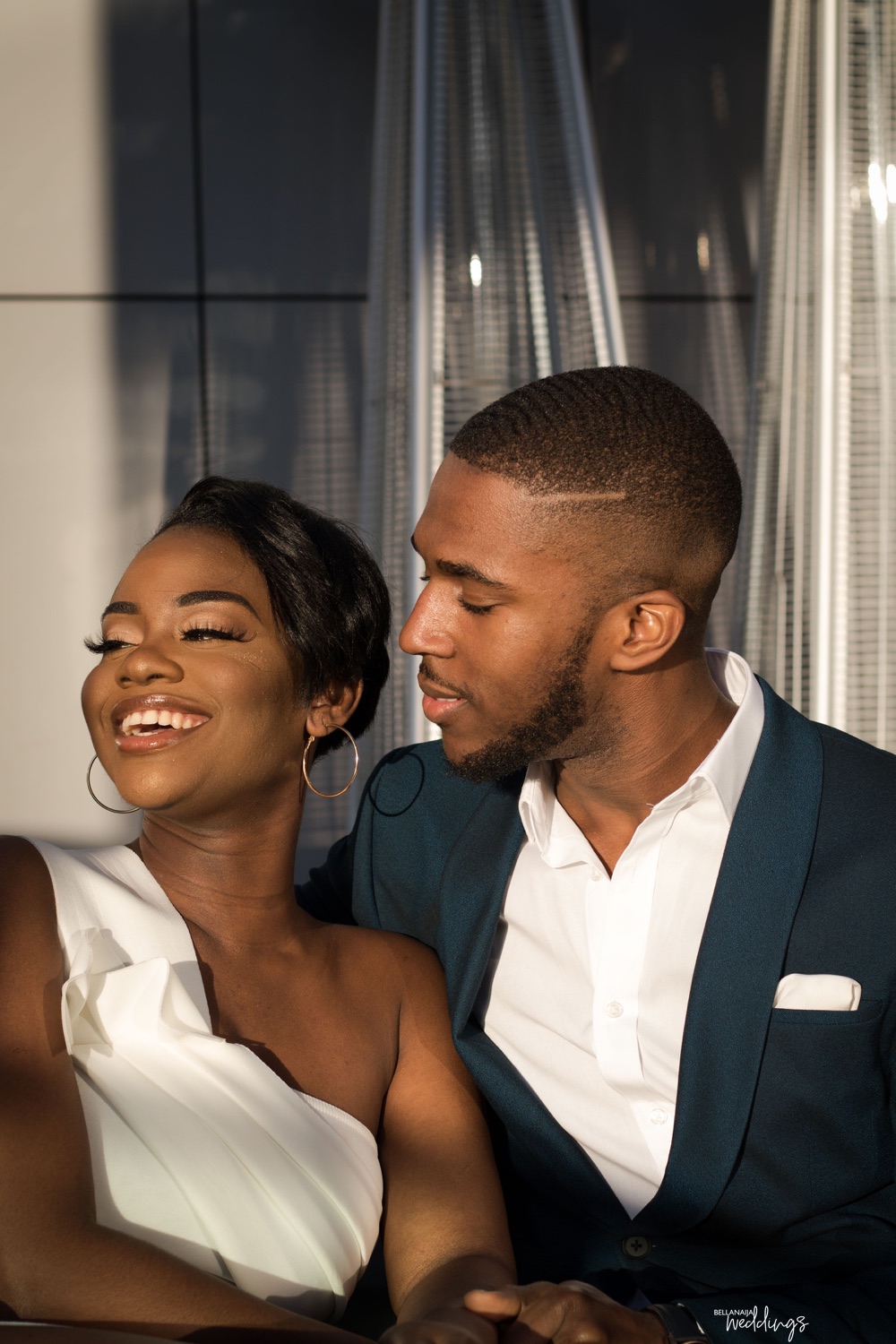 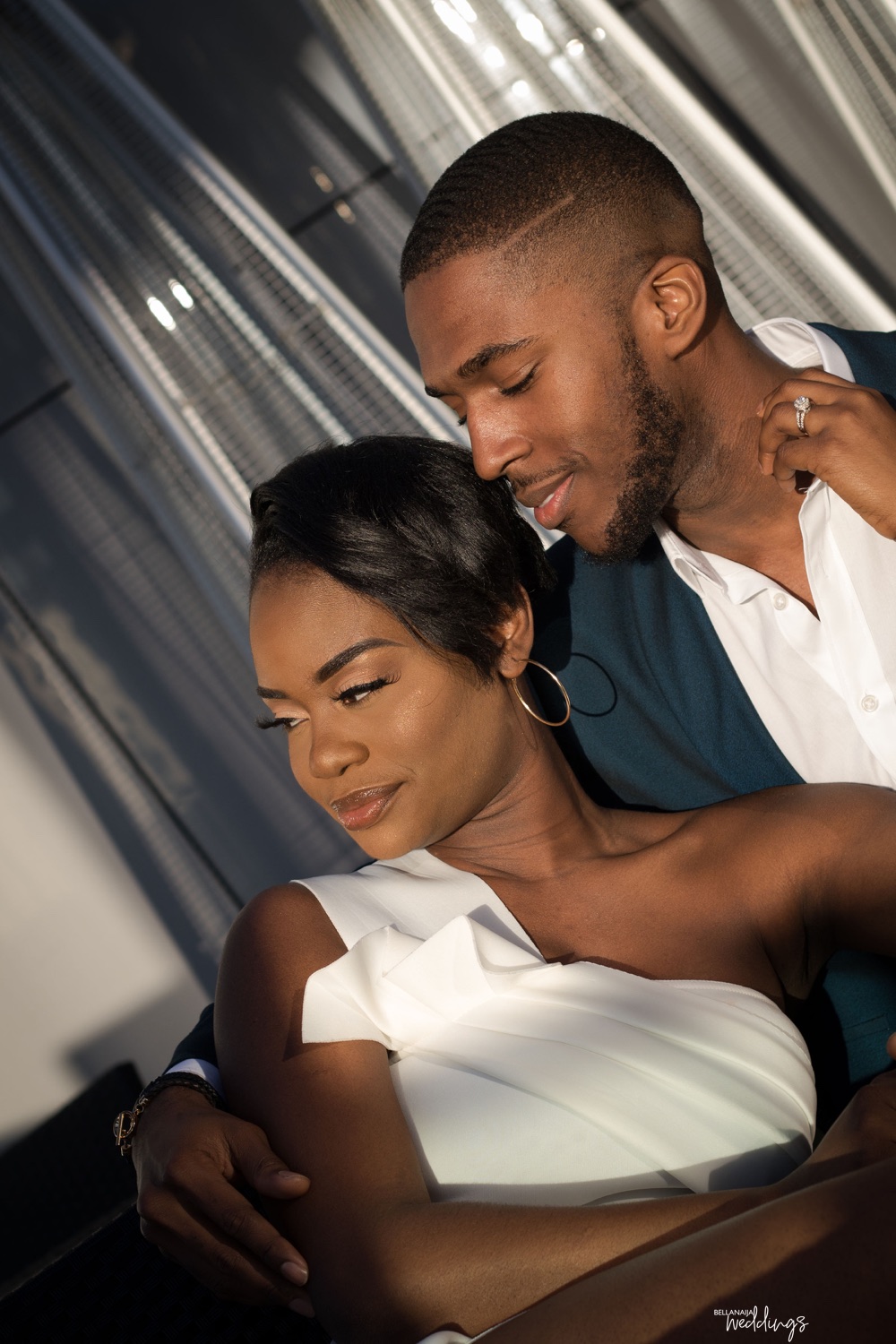 Till a few weeks later when we met again at a get together that was happening on campus. He came up to me to talk to me and invite me for a fellowship he leads at the University,  I told him I would attend but didn’t for months. Somehow he got the dates wrong and decided he was going to take my number from a group chat we were both in to tell me the correct information. I thanked him, and we stayed silent. Ten days later he messaged again and we started speaking. We were getting to know each other and the friendship started to blossom. He travelled back to Nigeria for Christmas with his family and like a typical Igbo man, he went to the village but was very intentional about calling and messaging me every day even when the signal was not strong enough. He was intentional about getting to know me and that struck a chord in my heart. When he came back from Nigeria he realised I had been studying for January exams and cooked dinner for me. We kept on speaking, and then after months of speaking and meeting up, Uncle decided the end of February he was going to disappear. ? 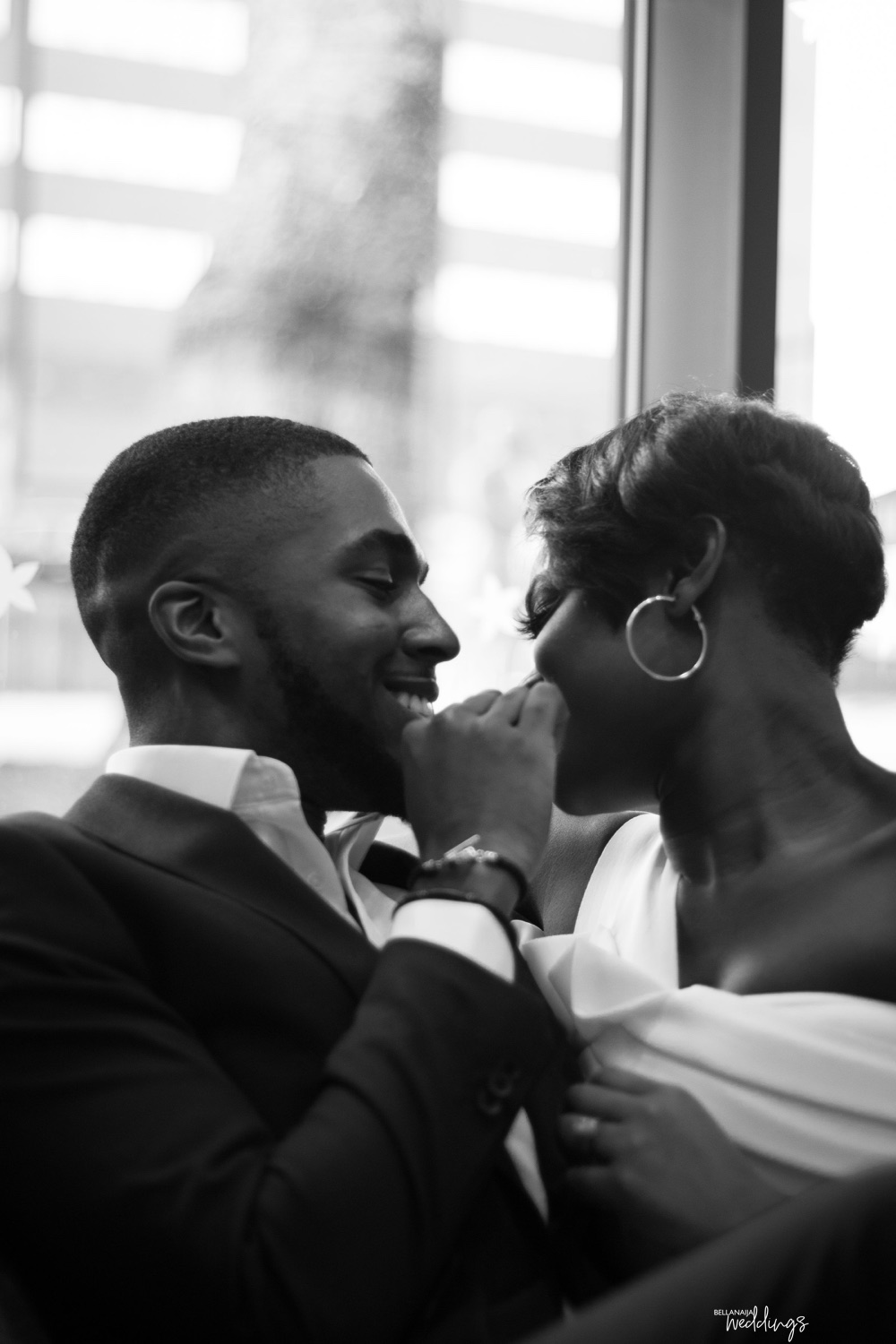 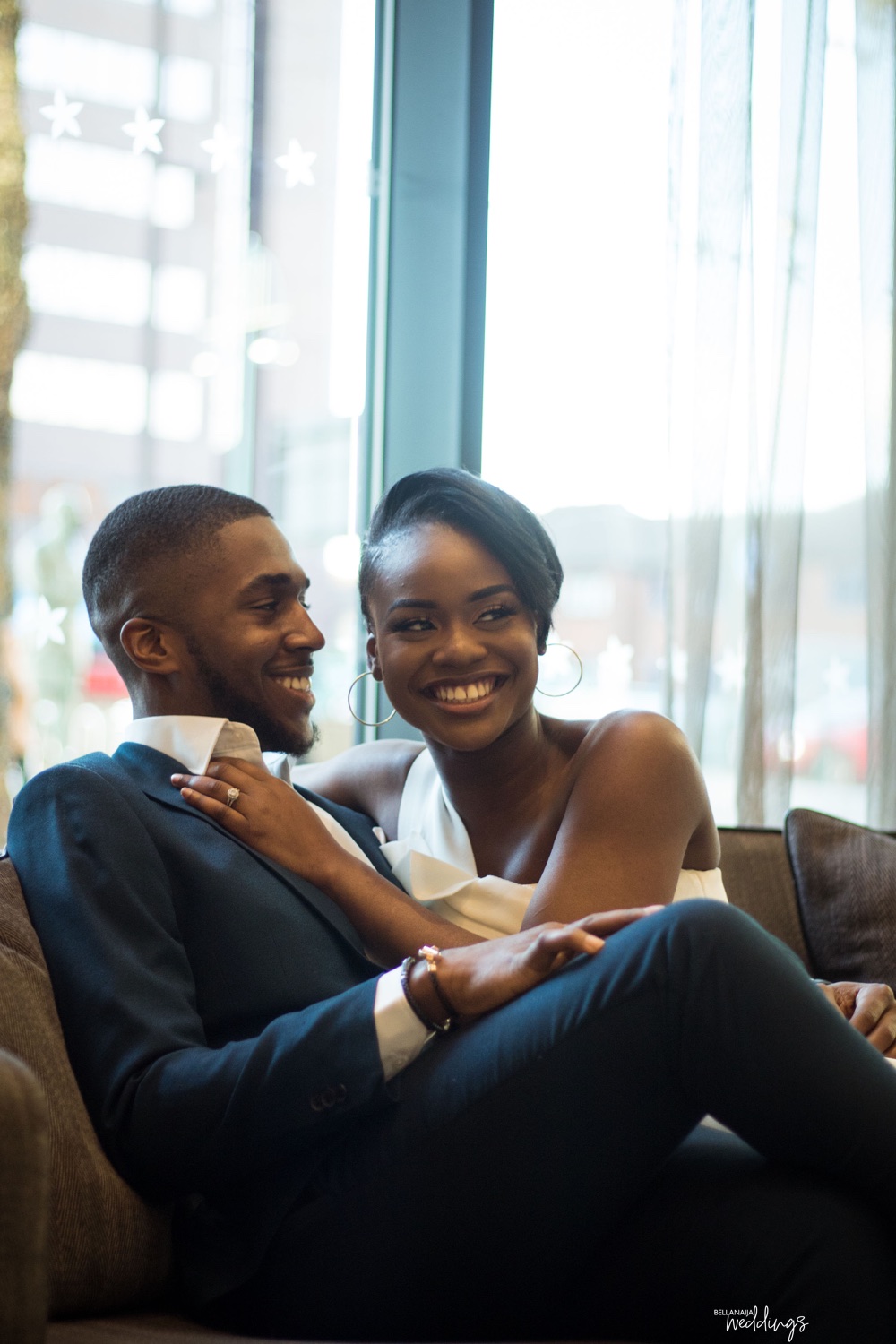 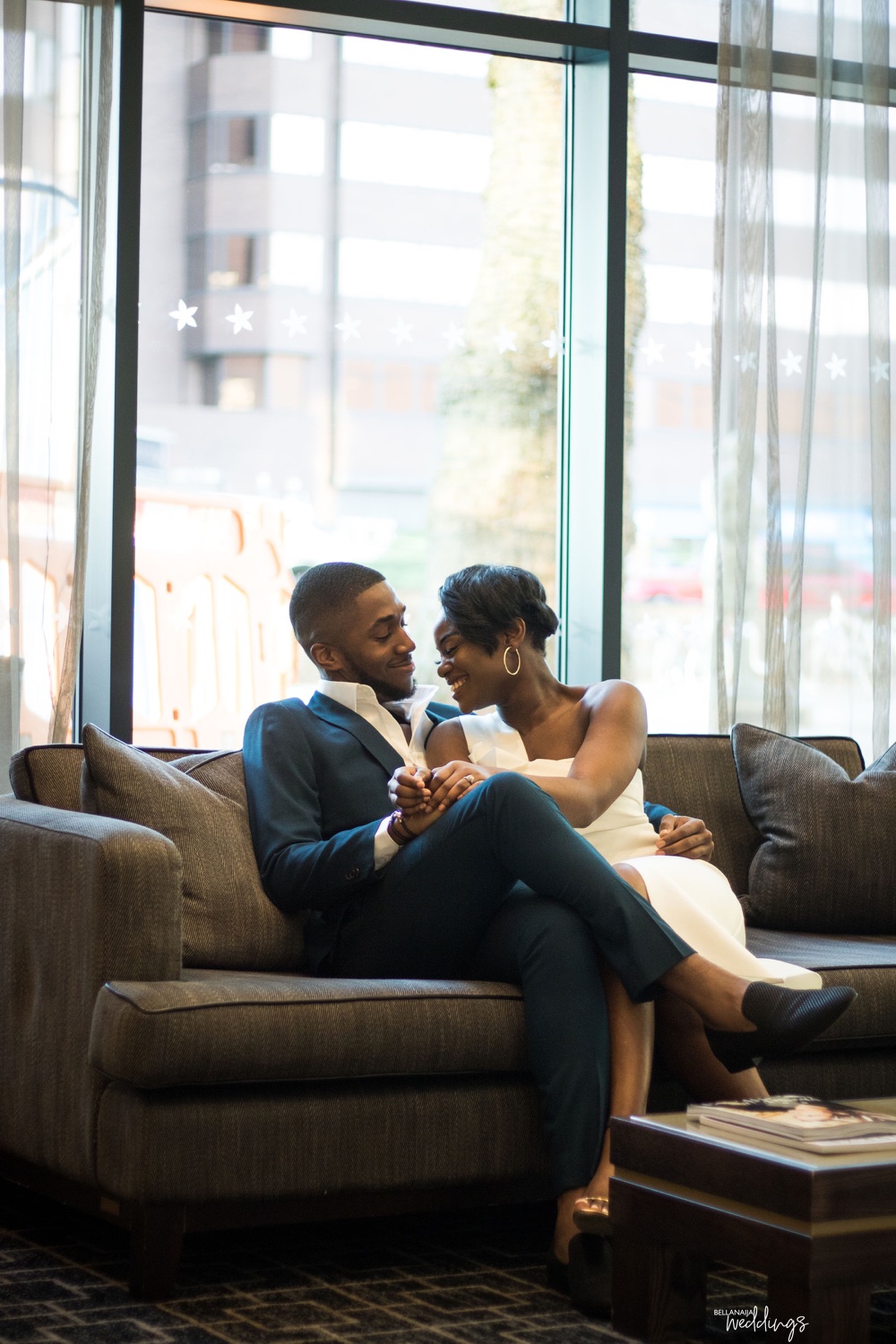 How We Met
By the groom-to-be, Angelo

Only Jesus knows when we met, but the one thing I am sure about is that we met before that concert! In her recount of the story above she mentioned, and I quote, “he couldn’t even remember my name to even say hi”. This. clearly shows that I knew her name from a previous encounter, but I couldn’t remember. I have learned that we are going with her story and I don’t fight it, but in my heart, I know the truth. She was and still is perfect. She loved Jesus, she was intelligent, hardworking, funny, beautiful, had the best smile, cooked excellently and was just everything I needed and wanted. The problem? I was getting really into her and thinking about her was now distracting me from my “relationship with God”. I couldn’t keep her out of my mind and I started panicking. I wasn’t sure whether this wasn’t just all lust. I thought to myself, “God I need a clear answer from you concerning this lady”. I just didn’t get a clear answer! 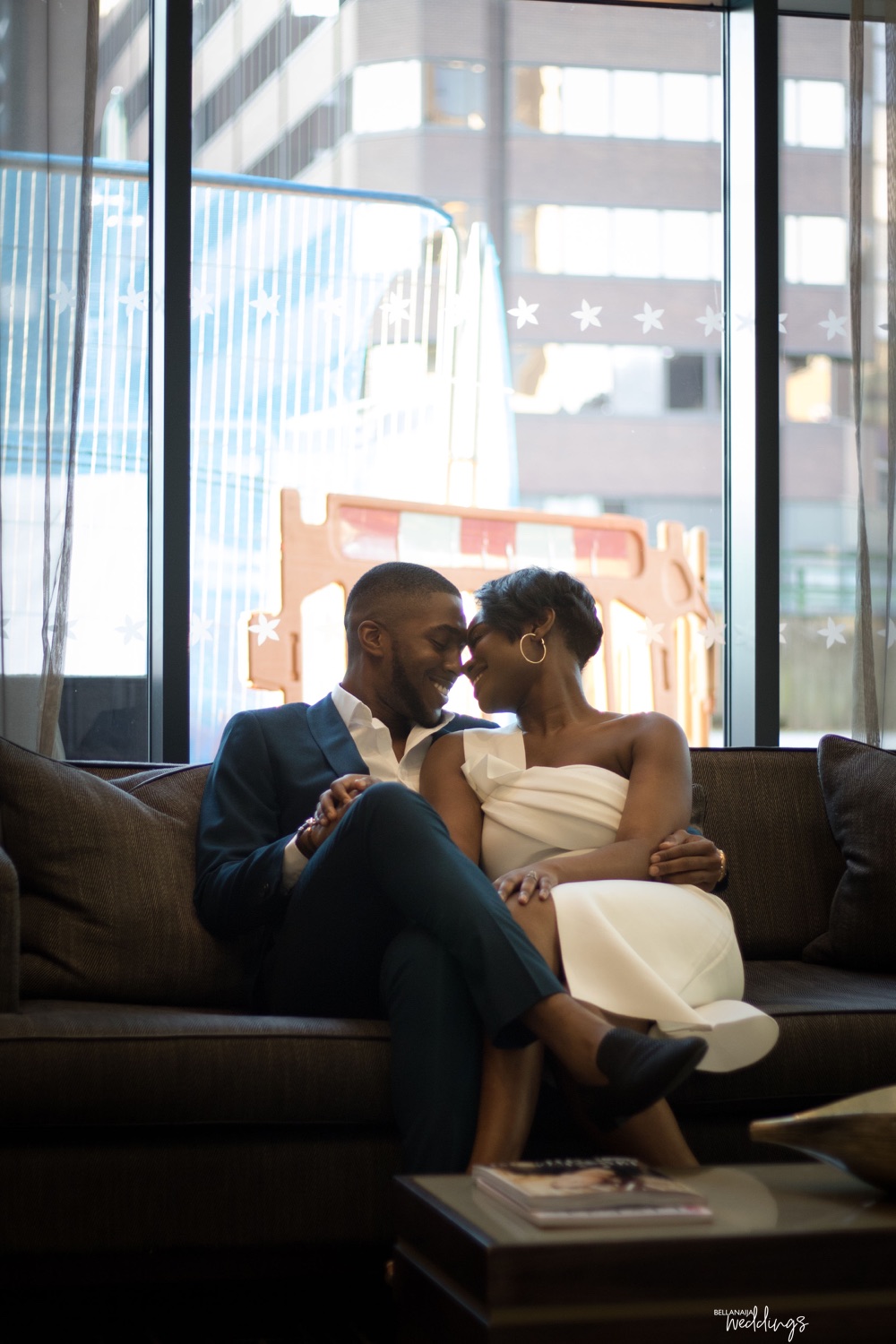 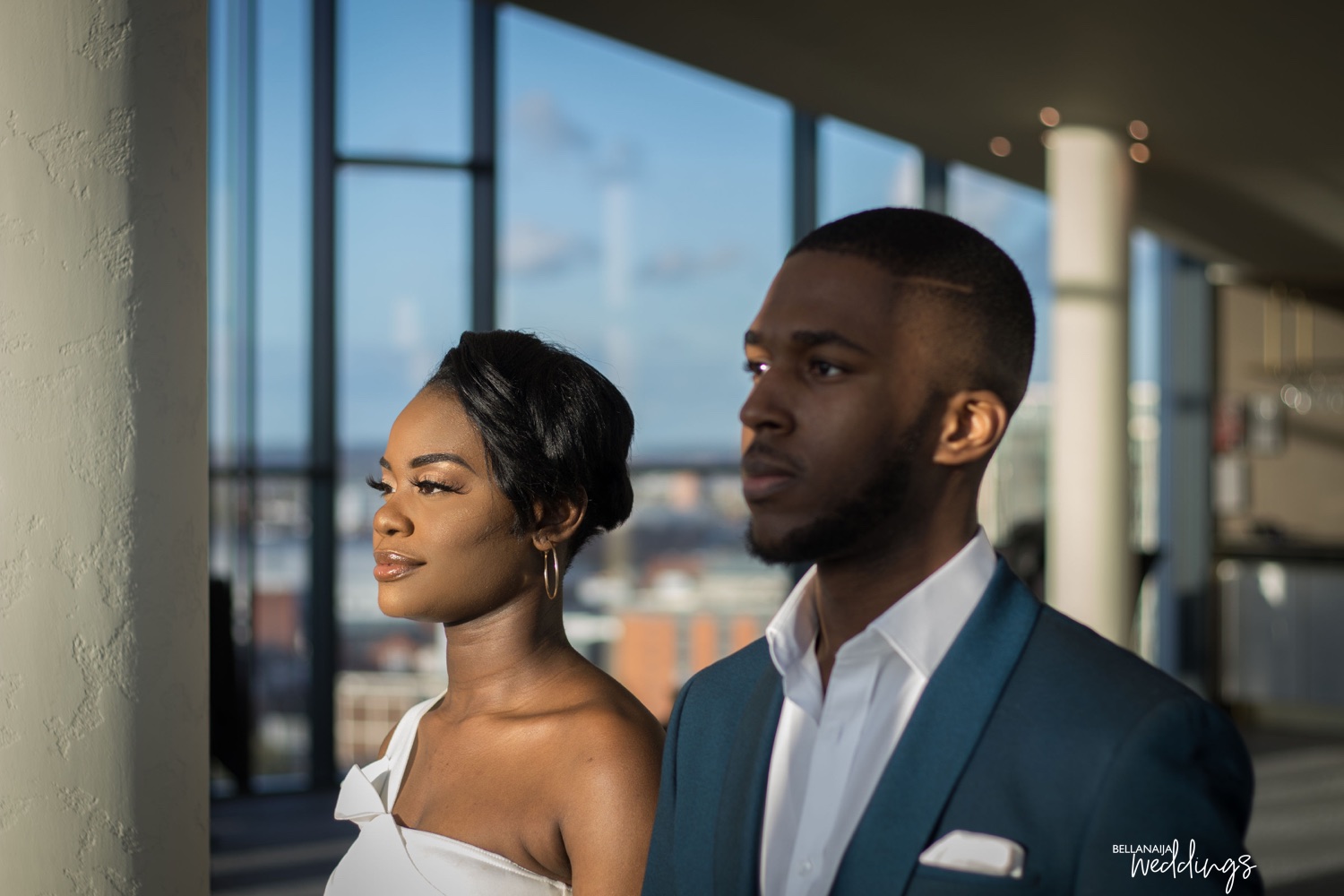 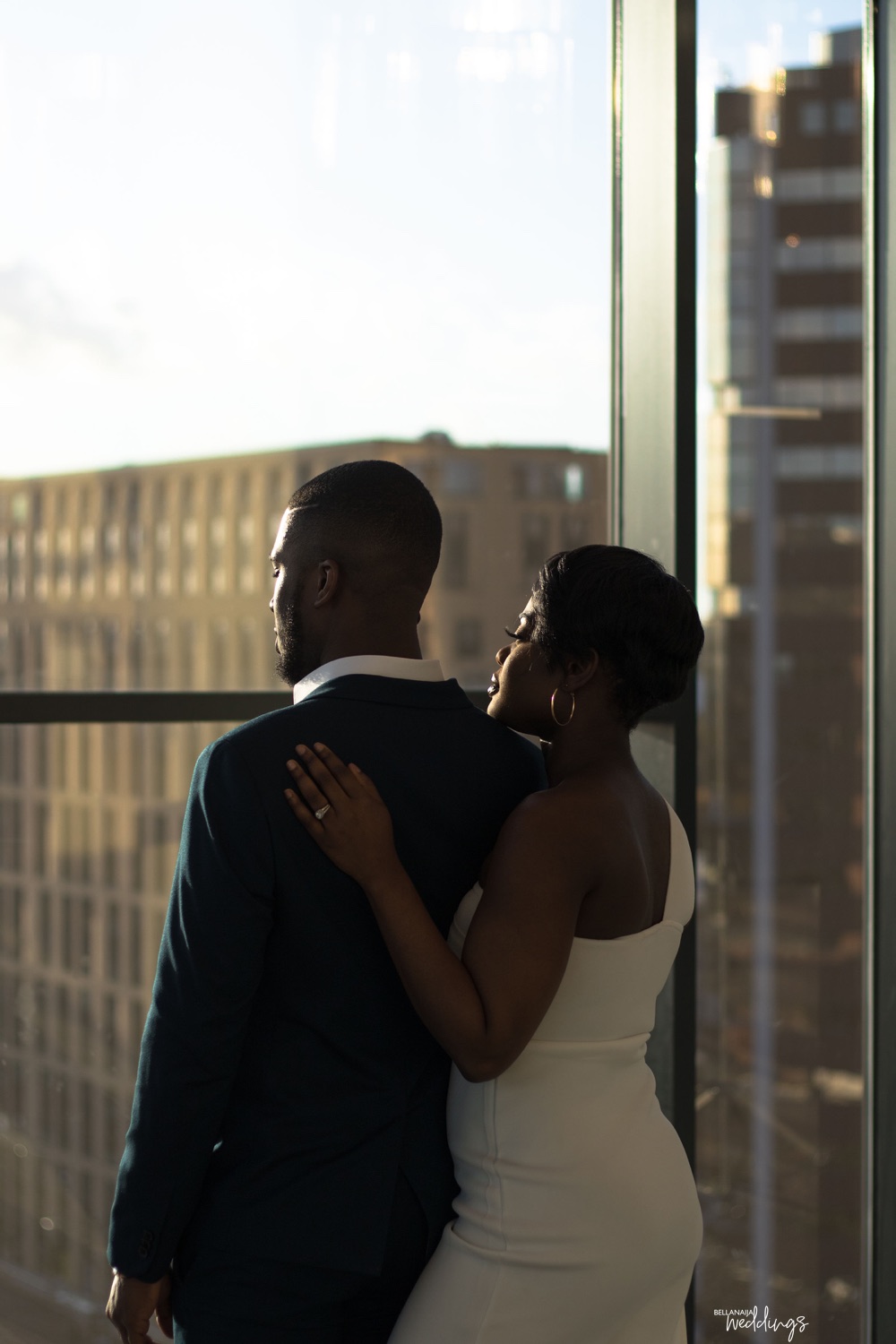 I had made up my mind earlier in 2015 that the next girl I dated, I will marry. Not that I had dated many people in the past, but I just felt I don’t want to waste time going through different people. I was so anxious. I remember watching a message by TD Jakes and he said something like “some things are right but not the right time”. I thought to myself “does this apply to Daniela?” I wasn’t sure and I was so afraid of making a mistake, so I did what I shouldn’t have done, I ran away and cut off all communication. I should have explained myself better to Daniela before doing that but I reasoned that if I tried to slowly detach myself, I wouldn’t have been able to. I liked her too much. I decided that it was just best to end this for good, just in case. 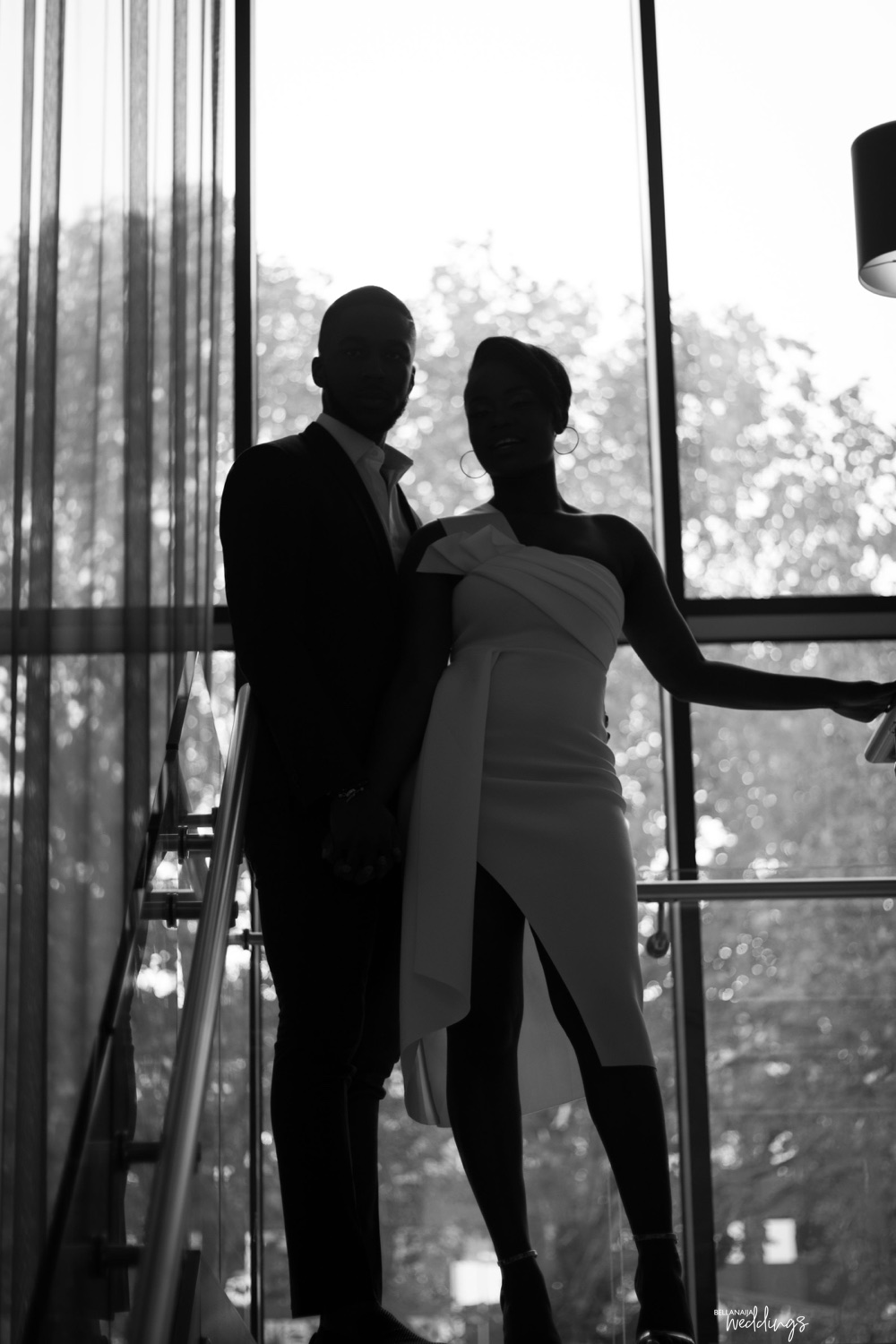 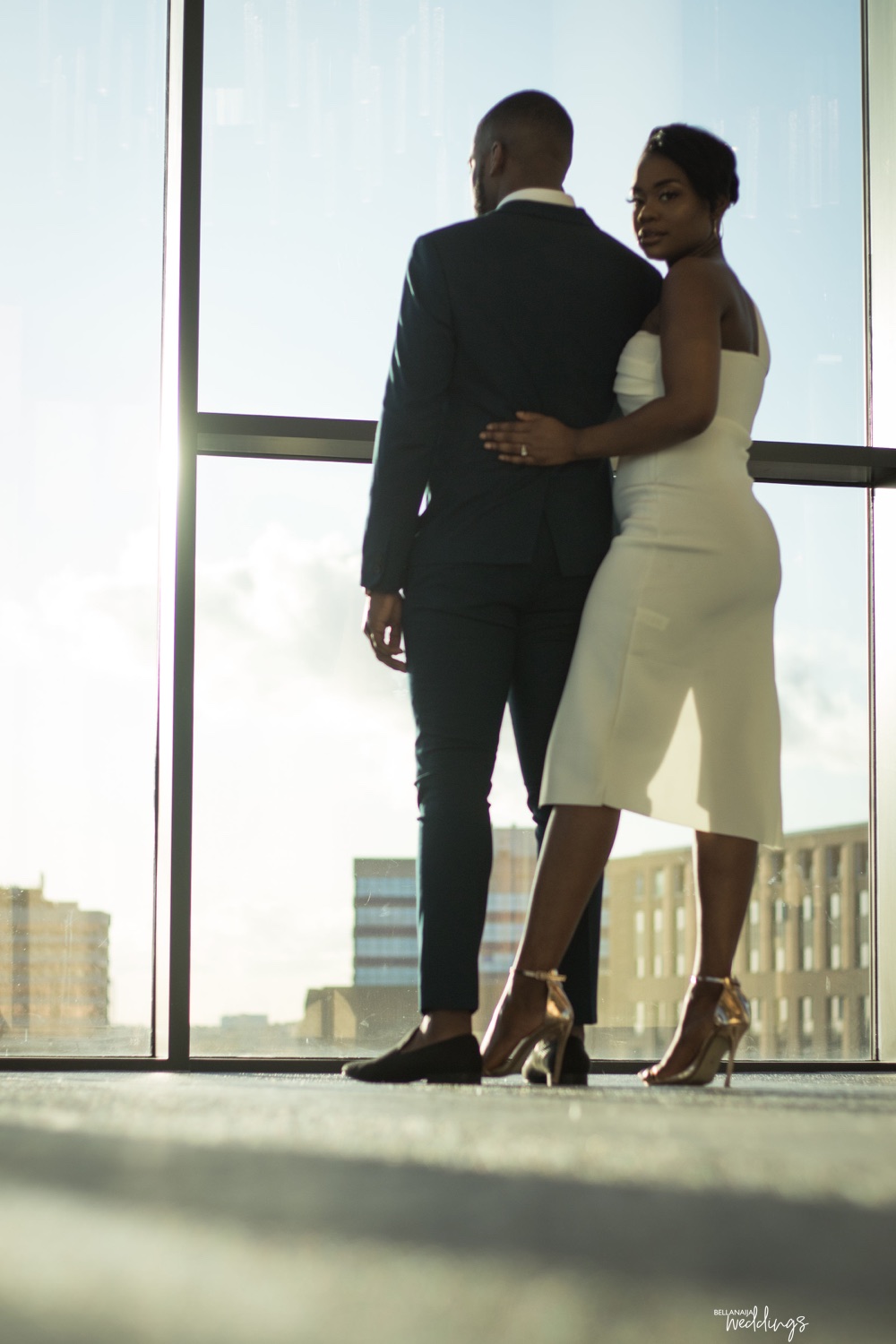 How We Met Cont’d
By the bride-to-be, Daniela

I was so angry. Bro was nowhere to be found. He was scared of how much he liked me and how he could see me in this future. He needed to ensure that God was with this before investing any more. Even though I was angry then, in hindsight I appreciate that break. God was able to heal me of a few things like -the fears of being in a relationship with a man that was intentional about building with me, anger towards him for wanting to seek God instead of wanting to be with me regardless of God’s will. Crazy!! I know! and hatred towards men built from past pain. During this time not only was God healing my heart but He was doing the one thing for me that would ensure I wouldn’t run away even in the hard times. He was giving me peace and teaching me how to choose him and choose love regardless. For me, I knew he was my husband but I left it all in God’s hand, forgave him and moved on with my life. 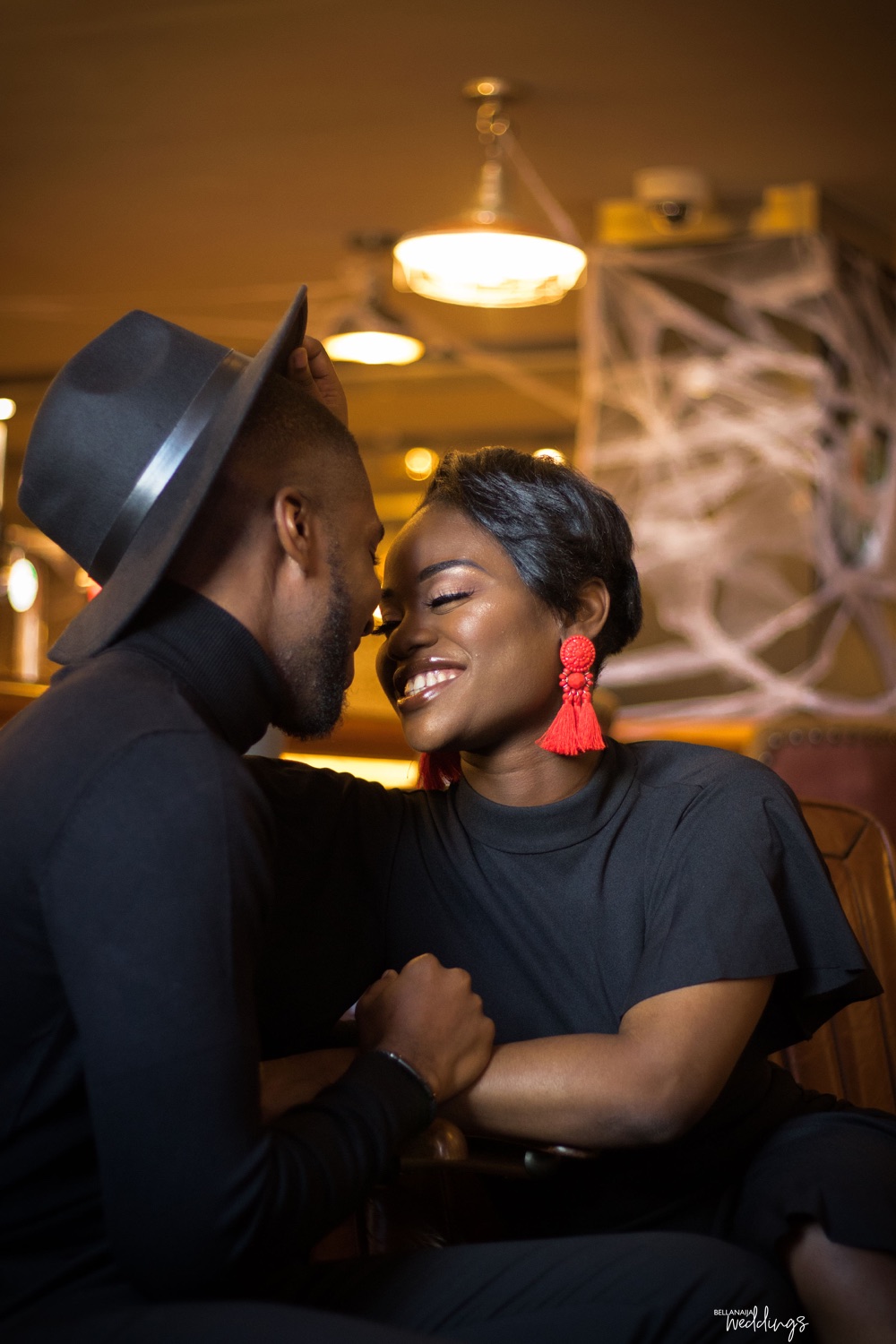 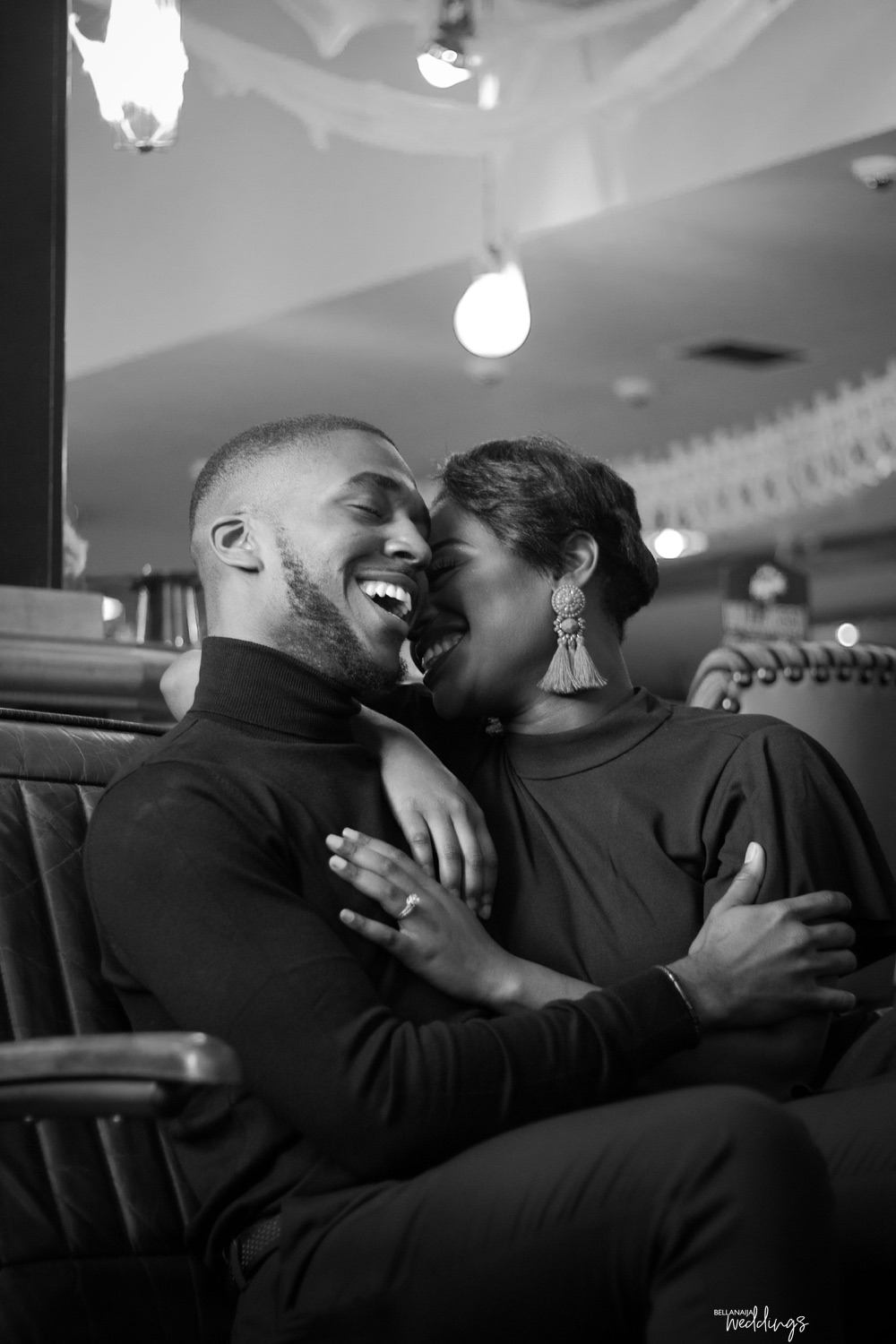 Our Love Story
By the groom-to-be, Angelo

This time away allowed me to think and pray with a clearer mind. It was such a good time but I really missed her! It was one of the hardest things I had to do in my life. Making the decision to give up such a perfect girl for the sake of being certain about God’s was life-changing! It repositioned my mind to always remember that God’s will is my priority. Although I could have done it in a better way, I am happy we paused the relationship because I believe it gave this relationship the correct foundation it needed. 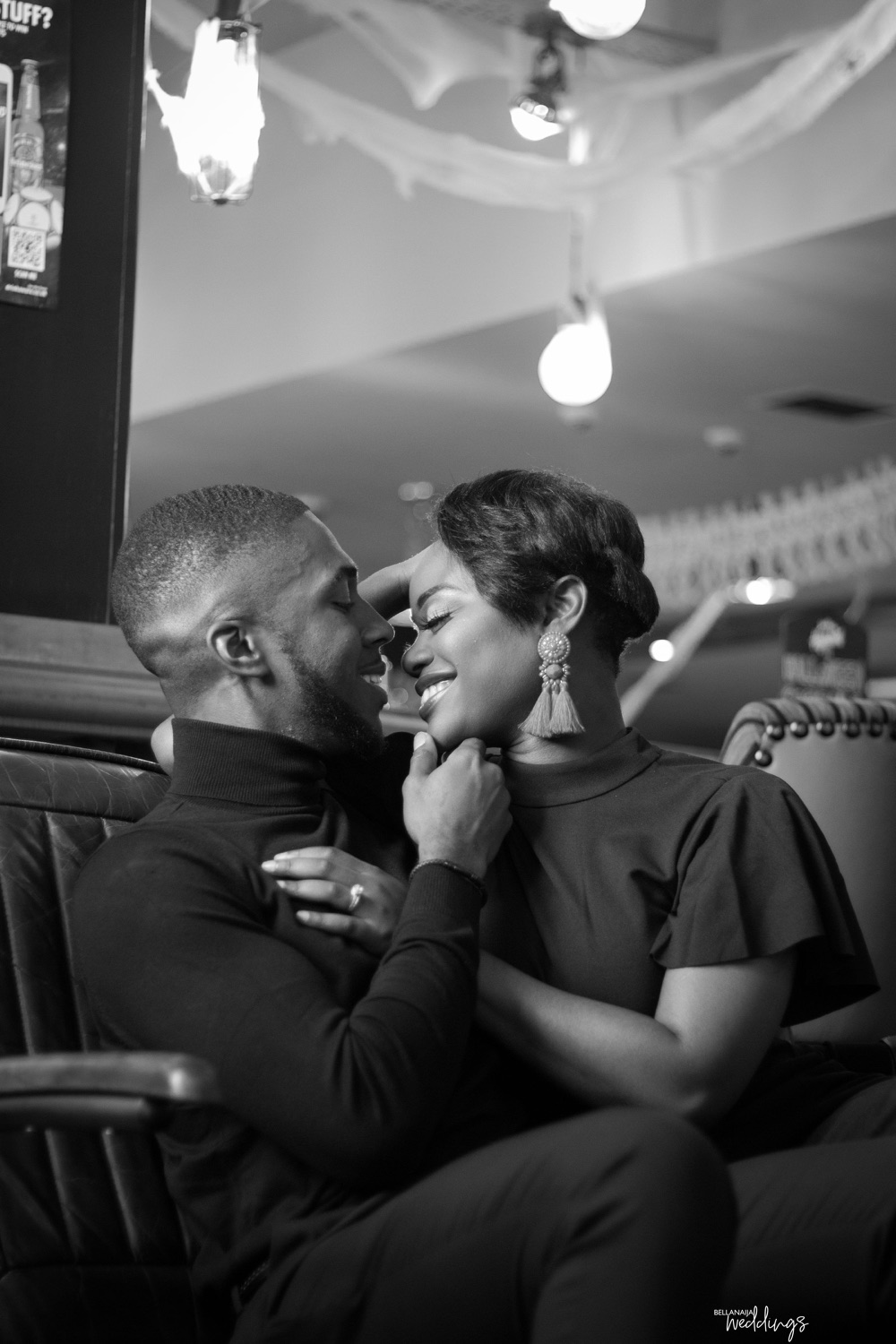 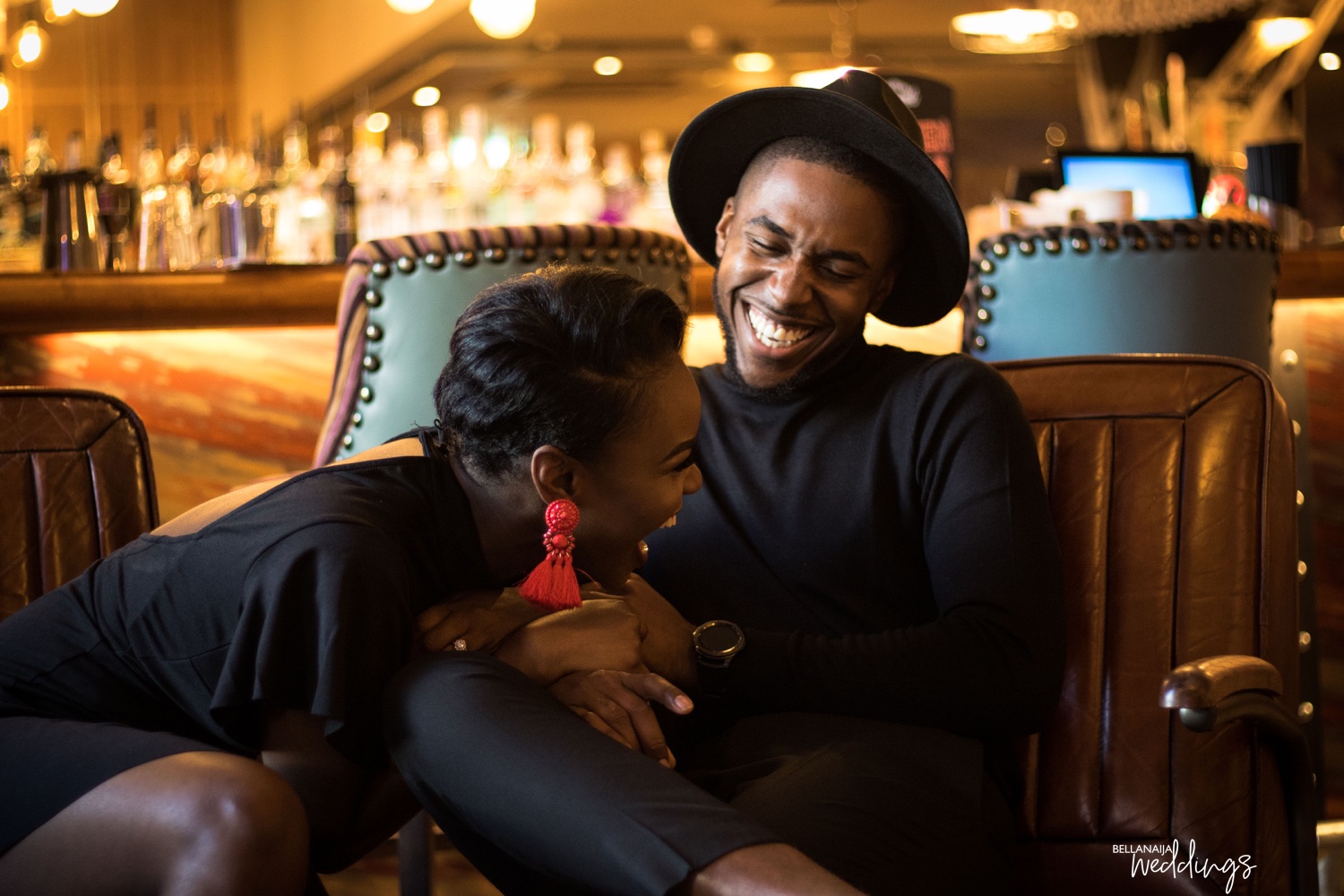 Our Love Story
By the bride-to-be, Daniela

Fast forward to June he came back. June 27th 2016 uncle told me he wanted to catch up about how exams went and also how I have been. Me being me I was like “yeah sounds great” we went to get dessert and best believe I was ambushed ?. I will let him tell this story. 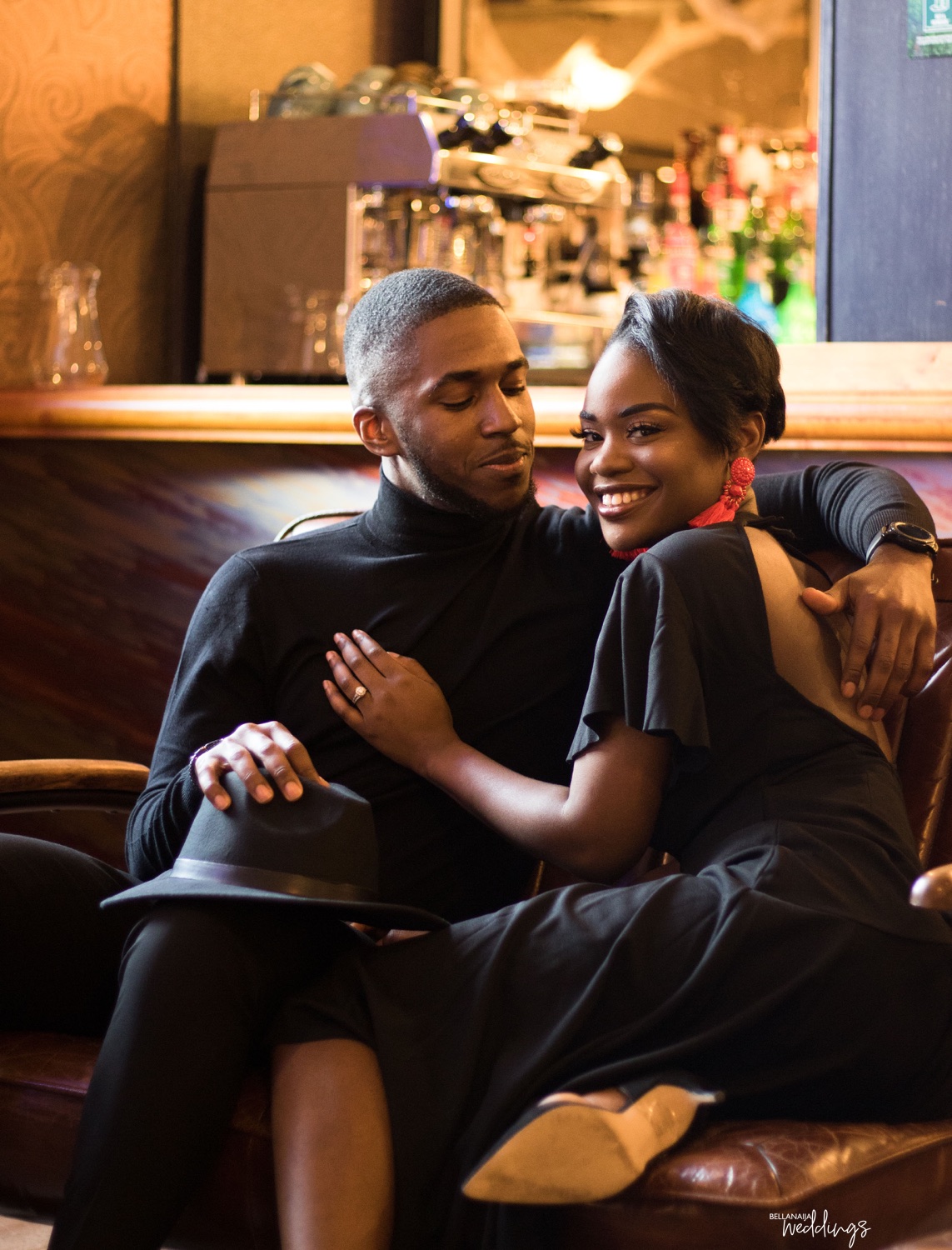 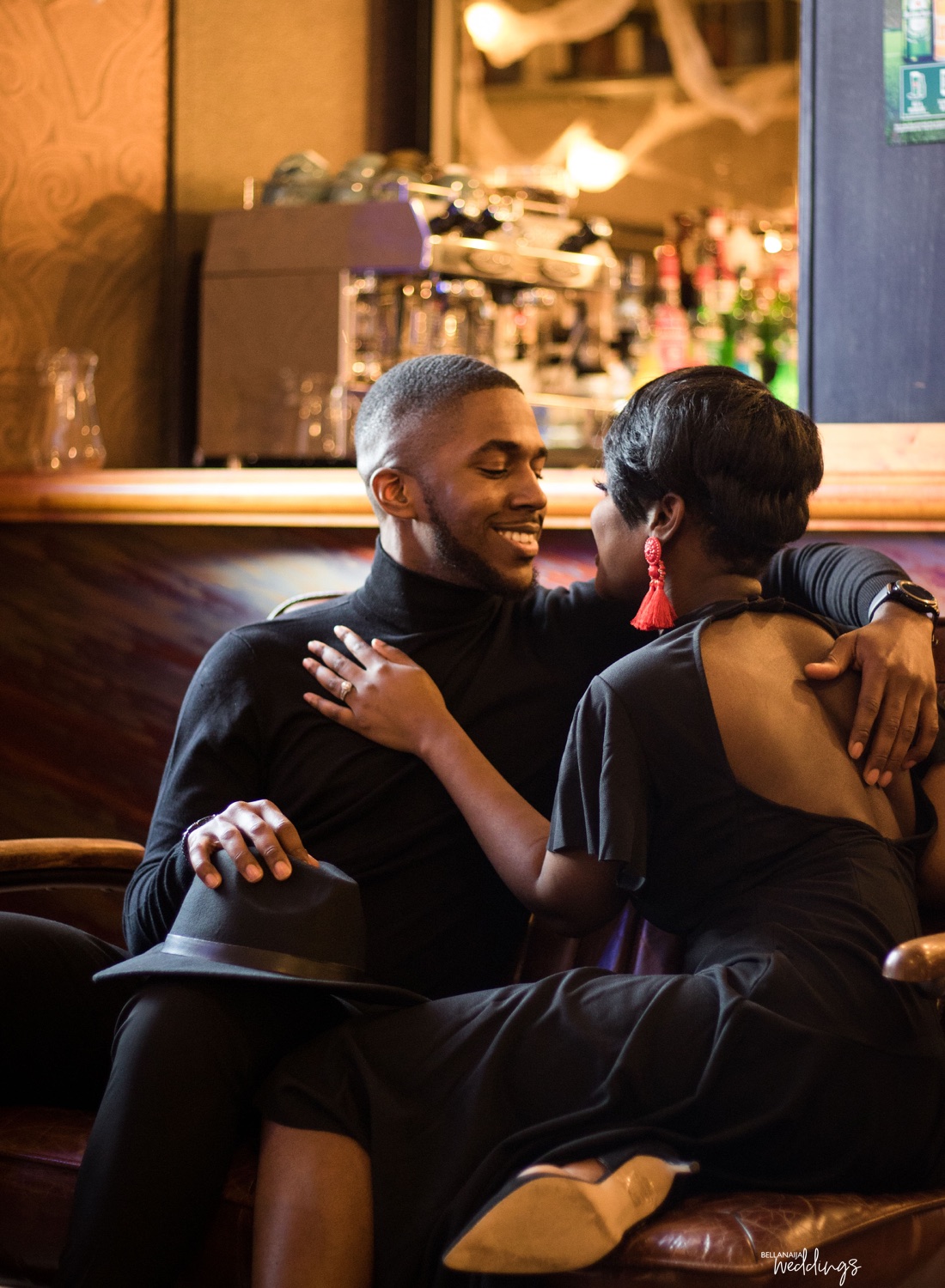 After a couple of months, she just came back on my mind. I don’t know why! I thought it was devil coming to distract me but I couldn’t shift the thoughts. This time though it was different, I felt peace about it, but I was fighting it. I got counsel from my mentors and they thought I should speak to her which was horrible because I sort of hoped they would be against it. Based on advice, I decided to speak to her to apologise for how I left and tell her I wanted us to be friends. Sitting in that dessert place with her, all my feelings came back and I was so happy we spoke. I was so excited that night I actually went to some car park (my regular prayer spot at the time) to pray and thank God. 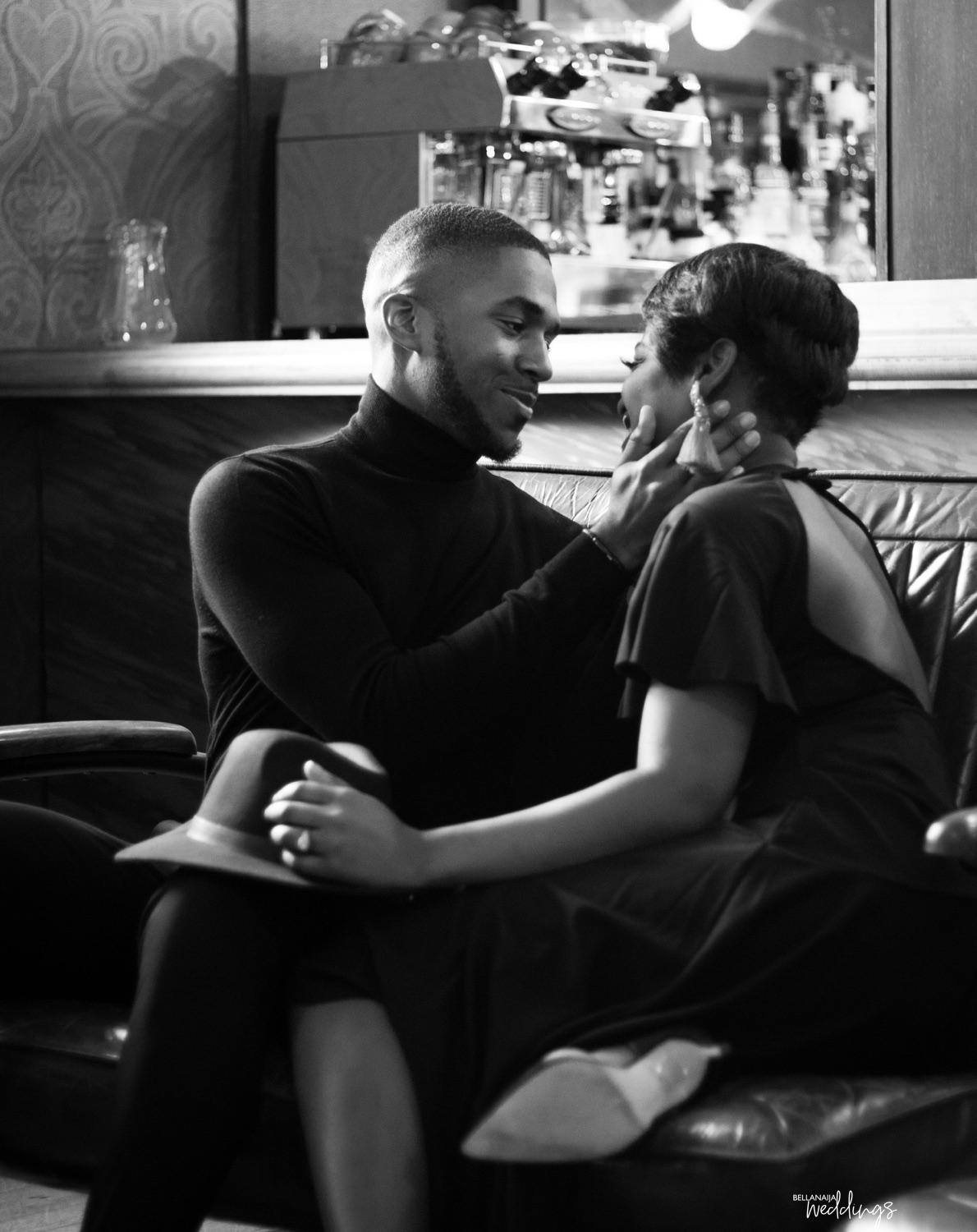 After the conversation, we concluded that we would take our time before getting into a proper courtship. During this time I decided to seek counsel about what next to do. I went to Nigeria during the summer break and fast forward a few months and we got together. 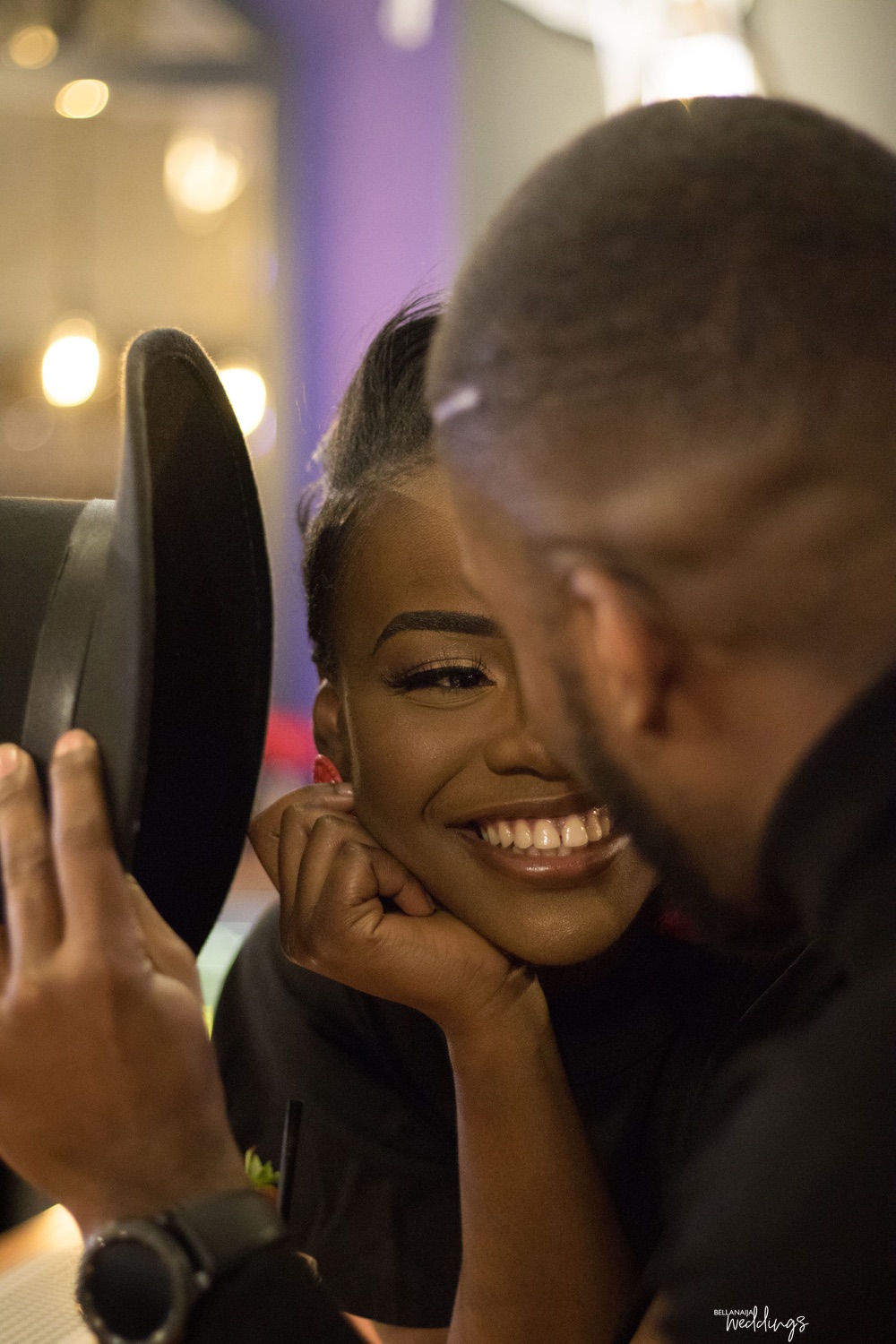 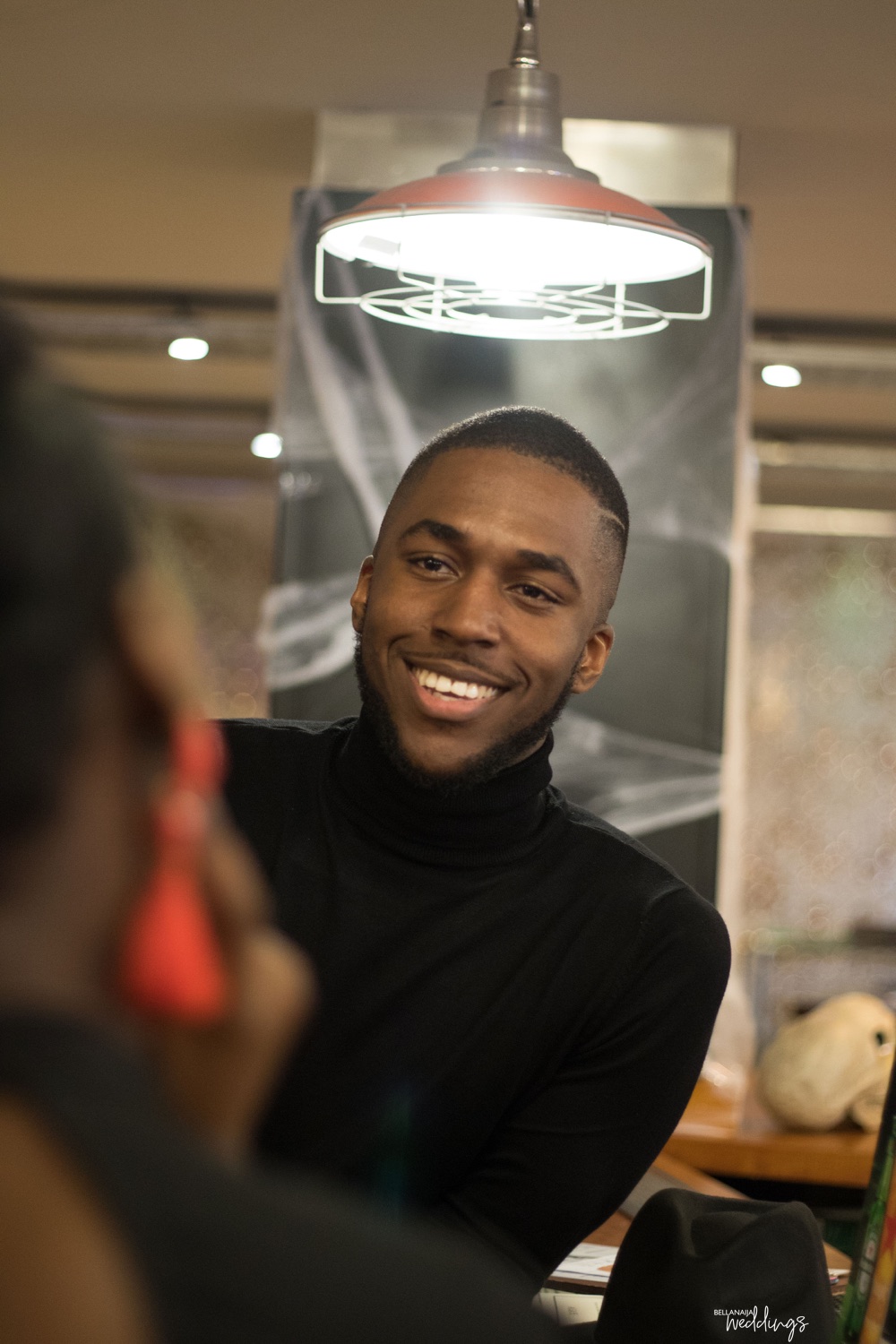 Our Proposal Story
By the groom-to-be, Angelo:

It was time. I just knew it. August 2018, I bought the ring. 8th February 2019, I proposed. Daniela is very perceptive, so the only way to make this a surprise was to involve her in the process. With the help of a few of her friends, we managed to get her to believe she was planning a secret birthday party for one of her friends, when in reality, Daniela was planning her own proposal. I was working with that friend secretly and we all played along nicely. The whole process is a long story which I won’t go into but all you need to know is she said YES. I get to be the happiest man on earth forever and I can’t wait for the altar. 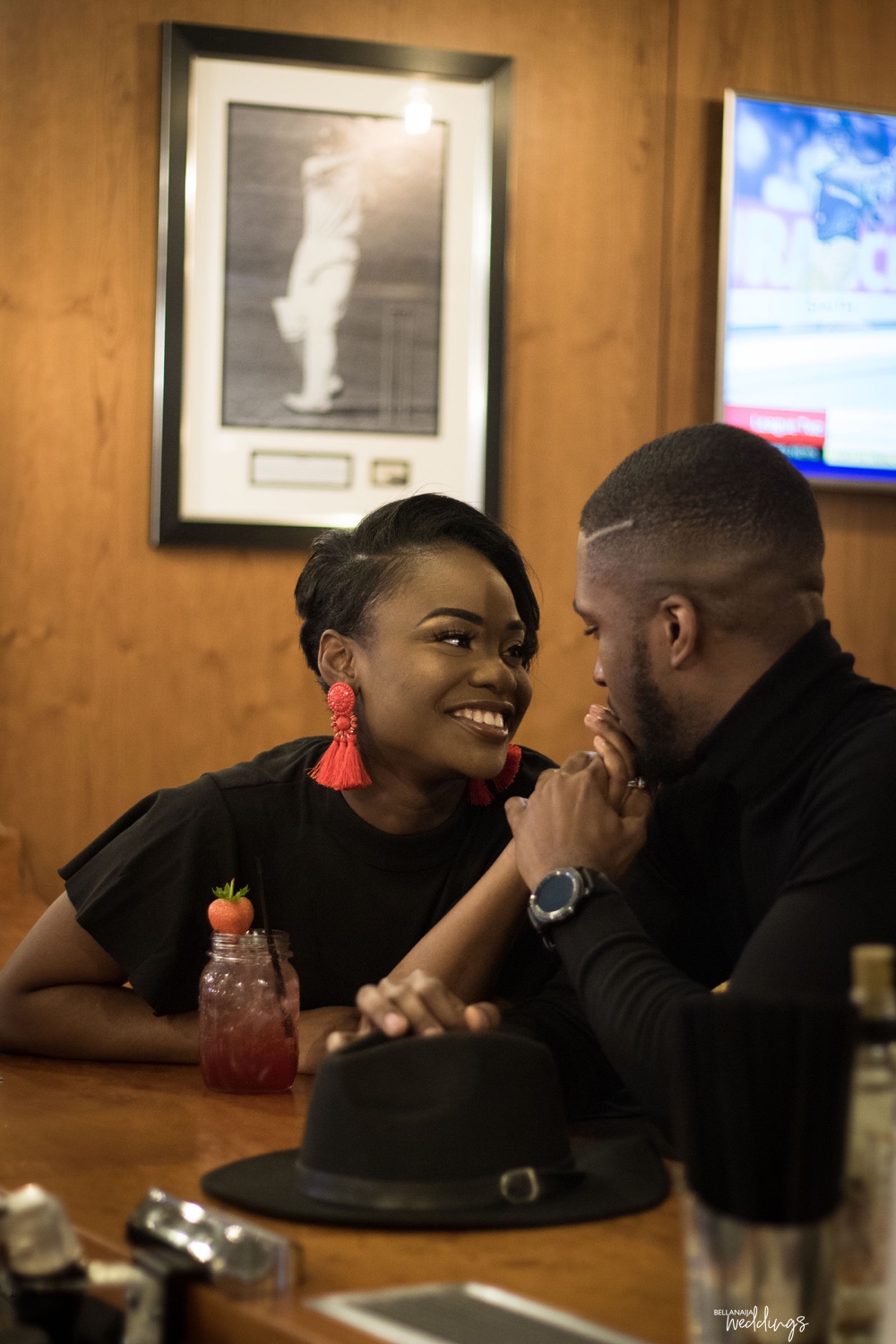 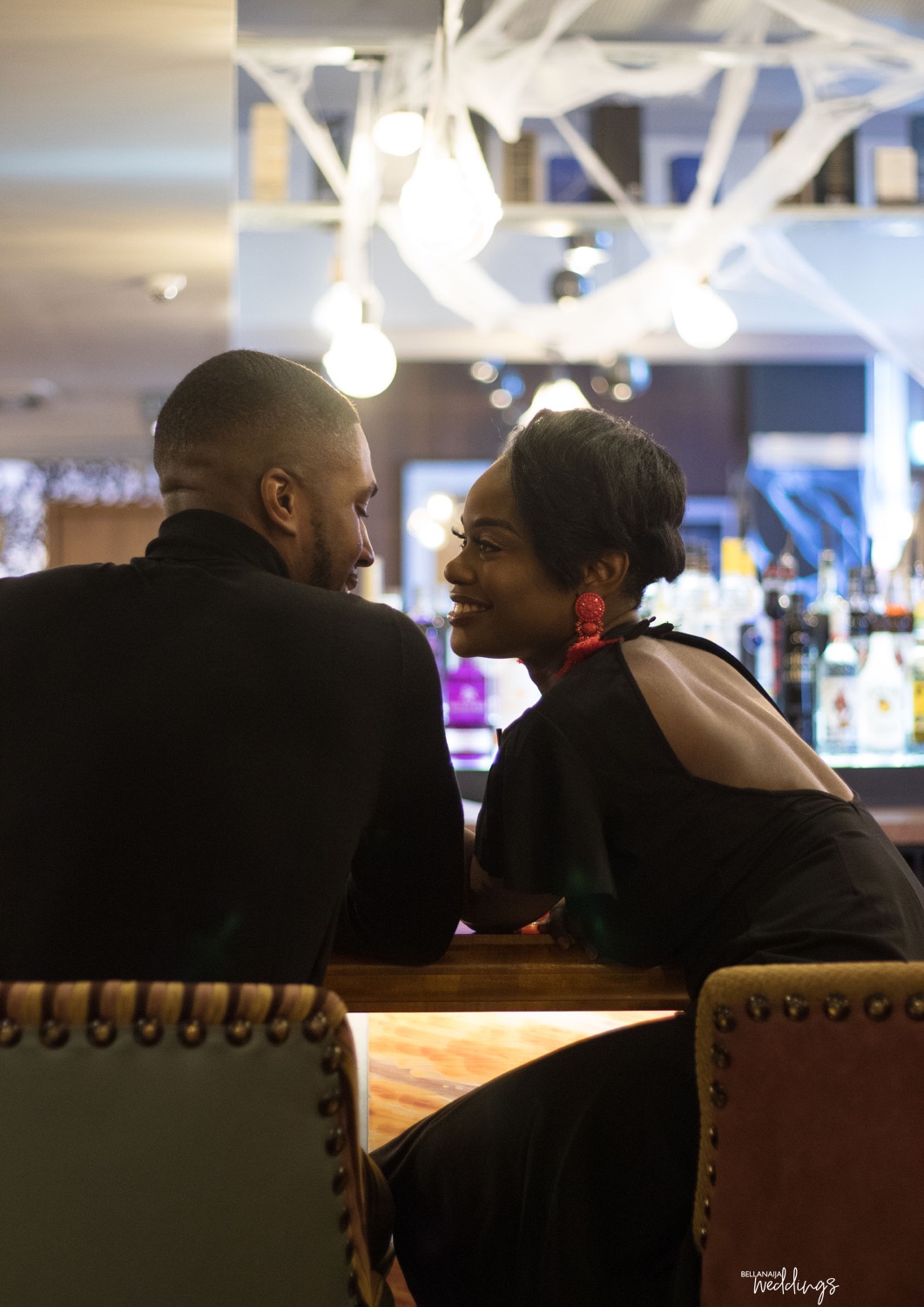 Our Proposal Story
By the bride-to-be, Daniela

I thought I was planning my friend’s birthday. Little did I know we were planning my proposal. It was everything I wanted. He came to pick me up for our friend’s supposed dinner. Before we left for the dinner he told me we had to quickly stop off at a hotel because one of his friends who is a videographer was stranded so he wanted to drop off his house key with him. It made sense because his friend travels around the country for work so it wasn’t a surprise he was here and of course we should help him. 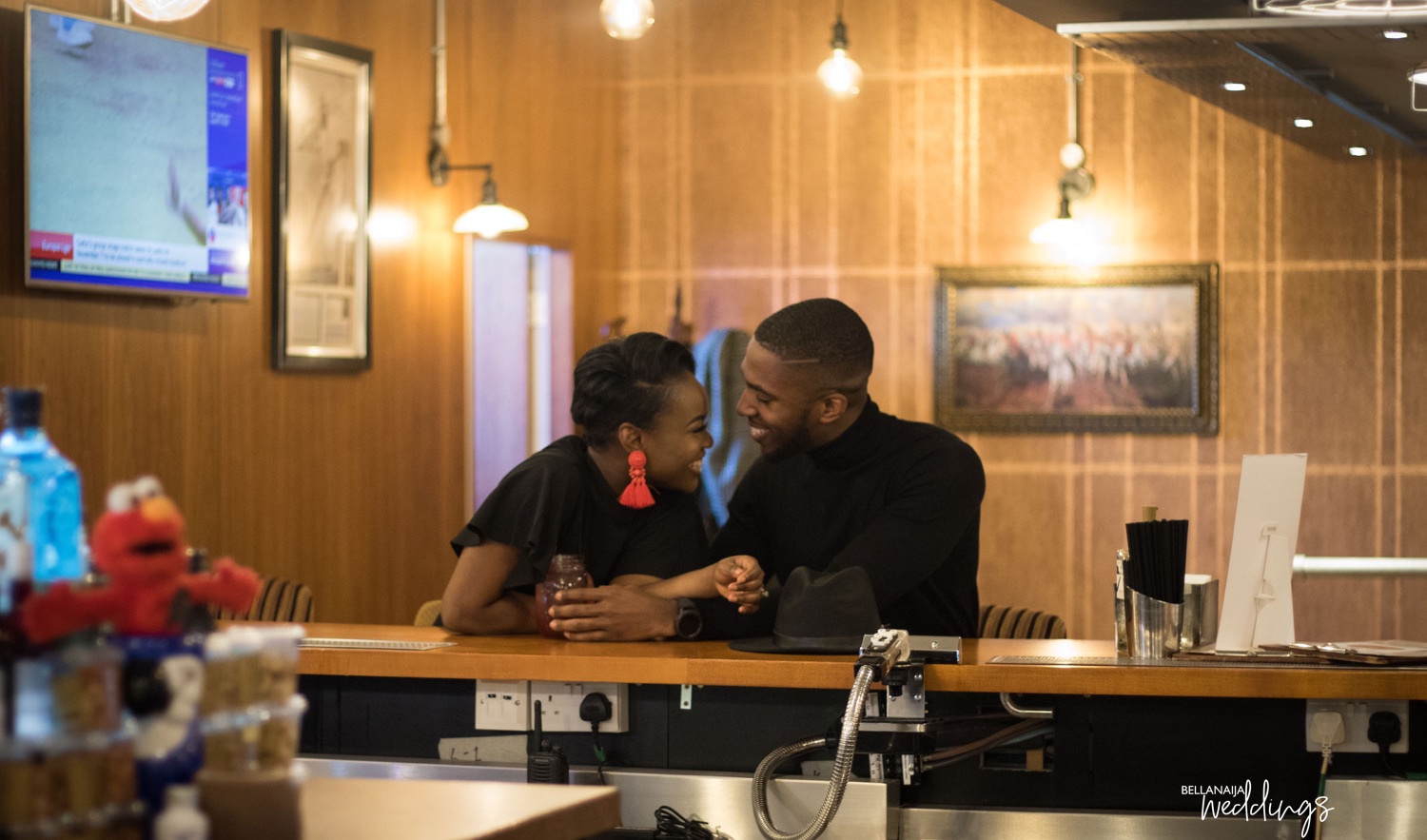 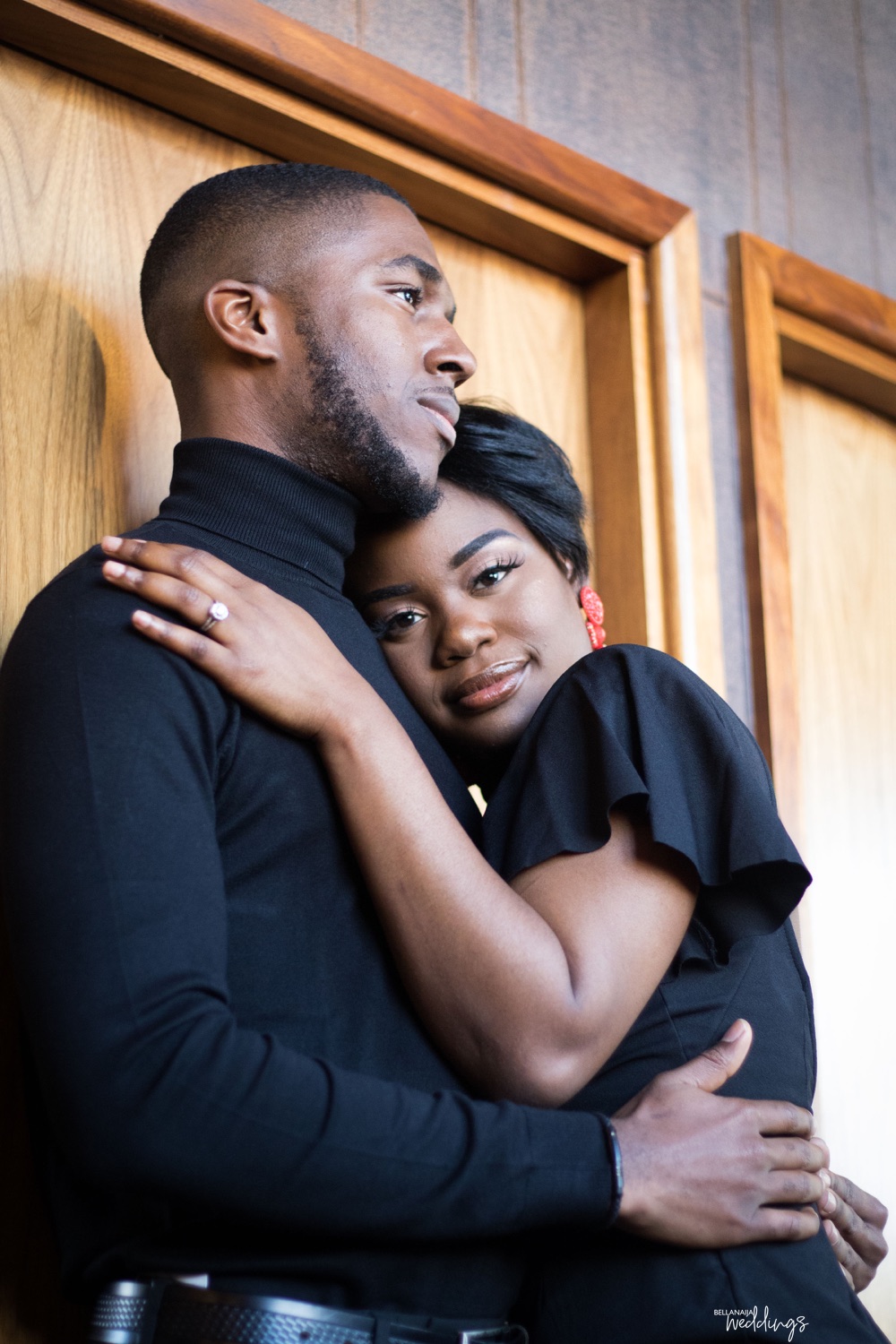 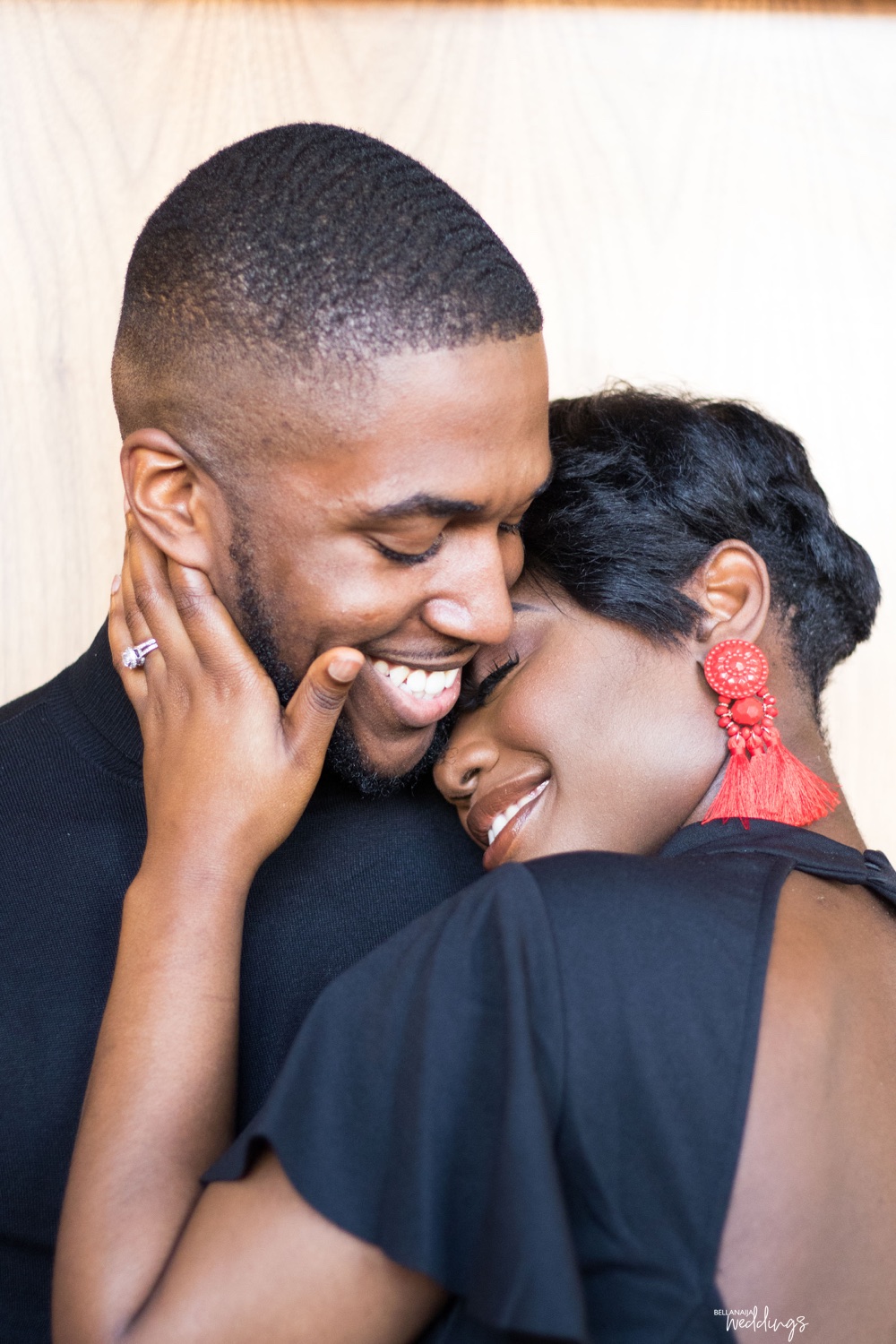 When we arrived he asked me if I wanted to come upstairs to say hi and I was like yeah of course. Upon getting upstairs, I heard my fave song on my fave instrument – African queen played on the sax. I walked into a room and saw pictures of us over the years hanging, flowers on the floor, candles and balloons saying “MARRY ME”. He gave a speech, got on one knee, proposed and I forgot to reply because I was in shock! Best believe he didn’t put that ring on my finger till I replied – he wasn’t taking chances lol. I ended up replying and now I am waiting till I say “I DO”. 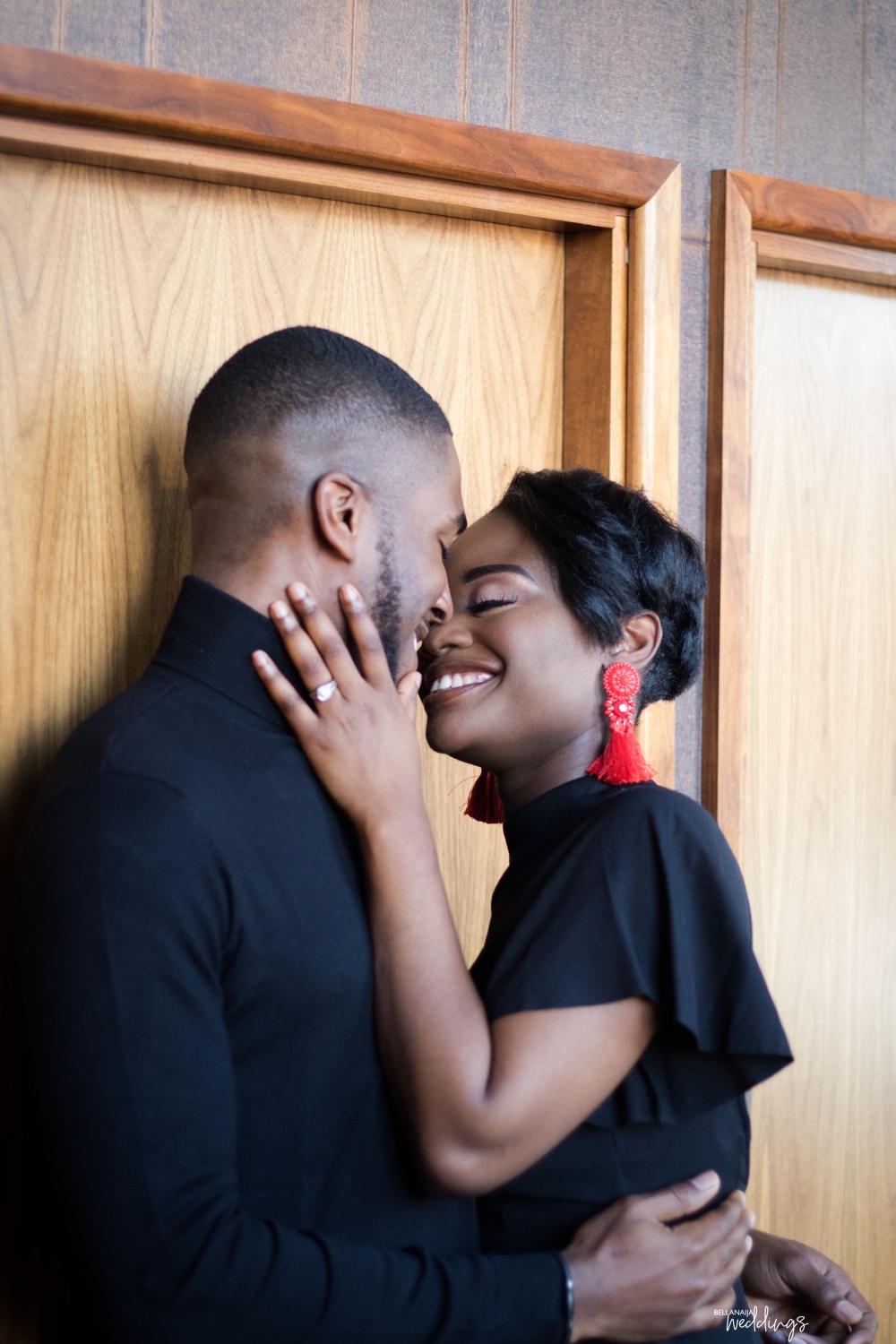 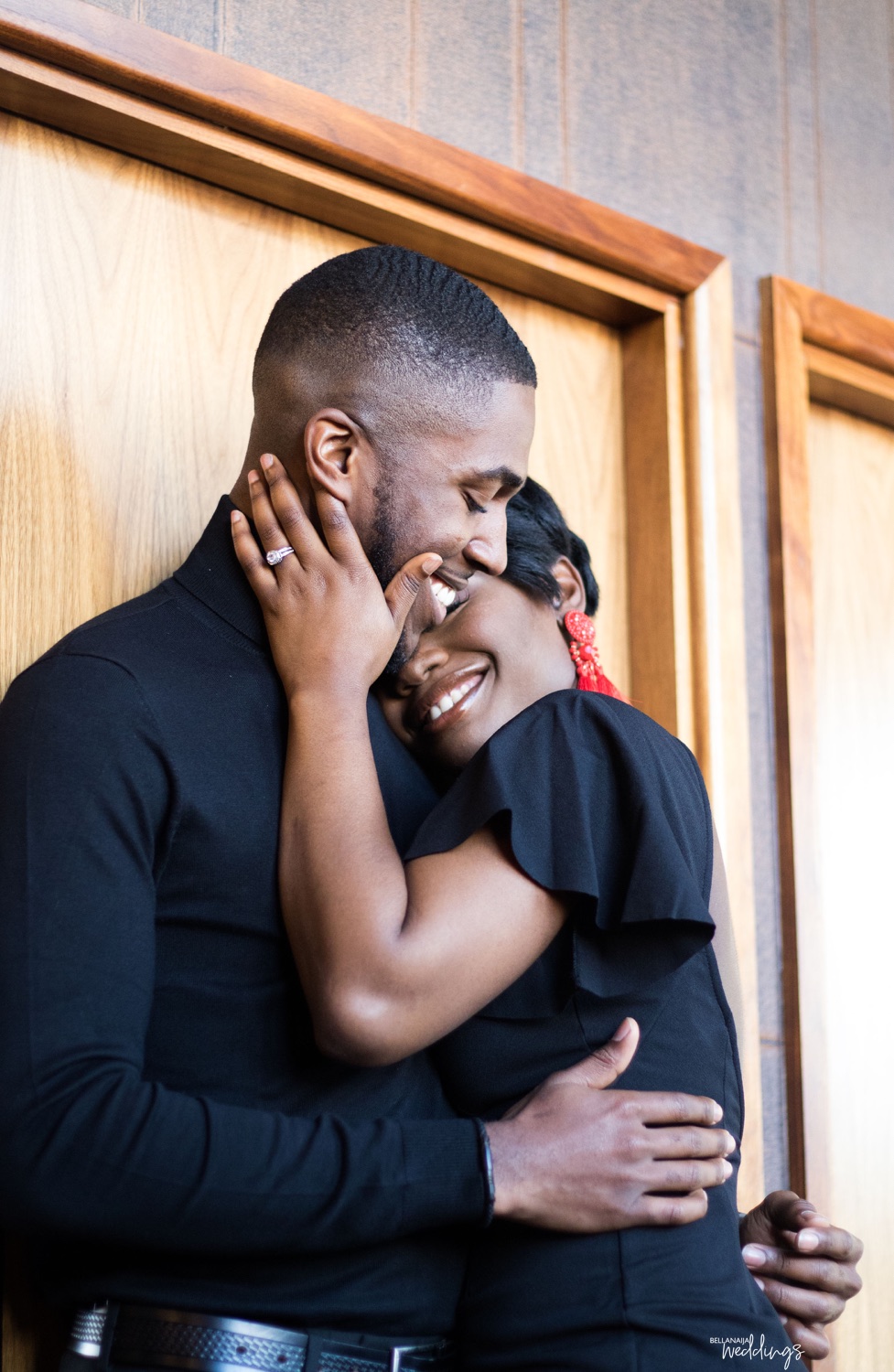 The fun doesn’t end here, head over to www.bellanaijaweddings.com for more love stories and pre-wedding shoots.

Daddy Showkey is in the Running for Father of the Year