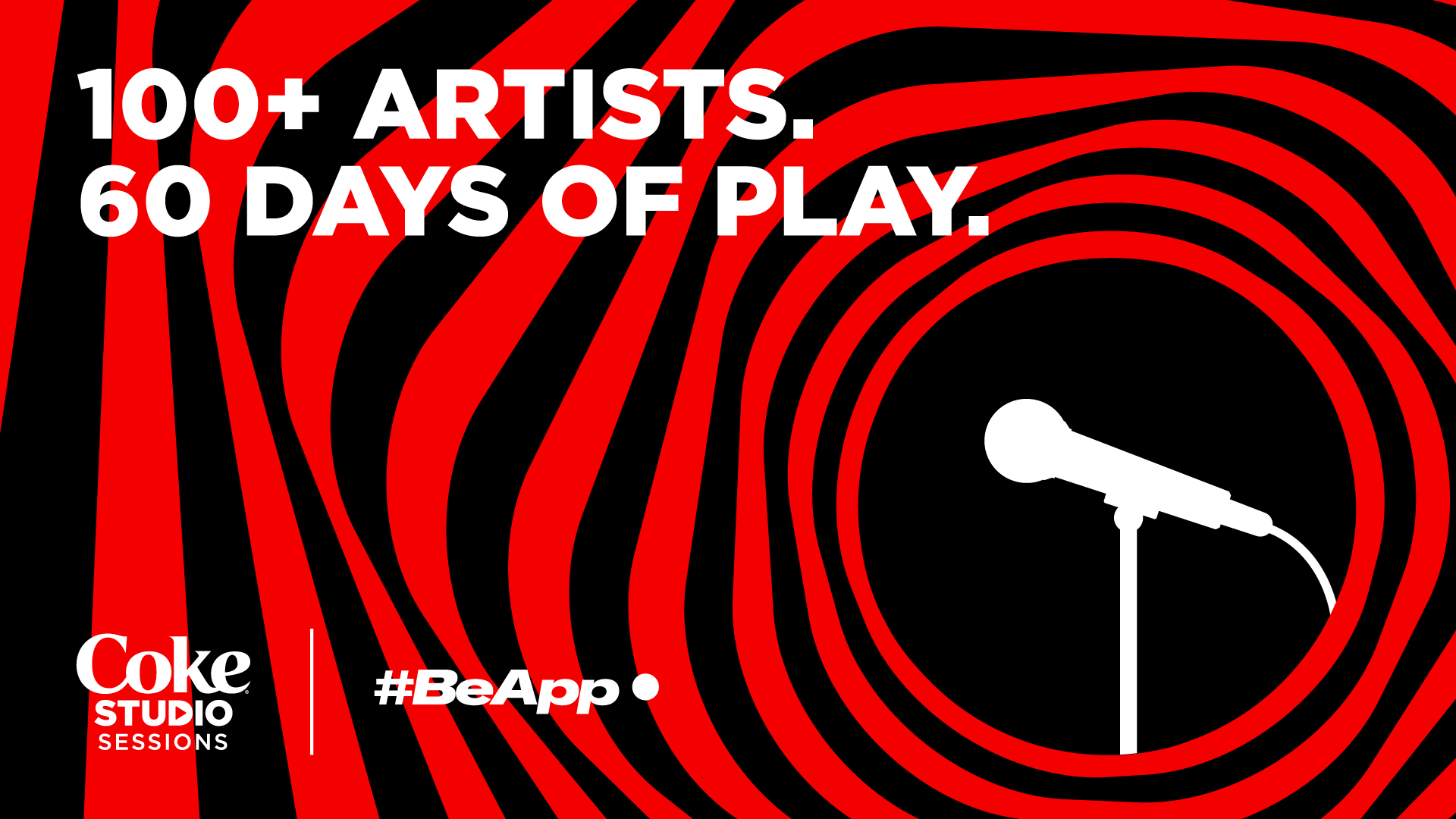 BeApp, a new live music streaming platform, and Coca-Cola have launched the Coke Studio Sessions, an exclusive collaboration featuring a diverse line-up of musical performances for fans to enjoy over 60 consecutive days.

Live performances from more than 100 artists across the globe, including Katy Perry, Anitta, DJ Khaled, Bebe Rexha, Miguel, Cast of Hamilton, and Steve Aoki began streaming mid-May to refresh fans one virtual performance at a time and support the International Red Cross and Red Crescent Movement.

Coke Studio Sessions marks the official debut of #BeApp, the social live music streaming platform from tech industry veterans Ray Smith and Ross Mason. #BeApp is an immersive, digital destination for fans to enjoy live music in a new way. Unlike other virtual concert platforms, #BeApp offers a variety of interactive features, including:

“#BeApp was designed for digital connection through a shared love of live music, and people need that connection now more than ever,” said Ray Smith, founder of #BeApp. “We’re thrilled to have Coca-Cola as our exclusive launch partner as we introduce #BeApp to fans around the world through unique new experiences.”

“We know that people may feel lonely or isolated as a result of the pandemic, and Coca-Cola remains committed to uplifting the human spirit and fostering connection while we’re apart,” said Ricardo Fort, Vice President, Global Sports & Entertainment, The Coca-Cola Company. “By providing 60 days of live, interactive music content that fans can share and enjoy with others, we hope that Coke Studio Sessions will provide small, daily moments of entertainment for those adjusting to their new normal.”

Throughout the 60-day program, fans will have the opportunity to contribute directly to the International Red Cross and Red Crescent Movement to support COVID-19 efforts. The Coca-Cola Foundation has donated over $14 million to individual Red Cross and Red Crescent Societies around the world in response to COVID-19 and will additionally match up to a collective total of $3 million in consumer donations made through this program.

“The American Red Cross is grateful for partners like The Coca-Cola Foundation for stepping up during this difficult and uncertain time,” said Koby Langley, Senior Vice President of International Services for the American Red Cross. “The Coca-Cola Foundation’s contribution supports the global Red Cross and Red Crescent network’s efforts to slow the spread of this disease and alleviate the suffering that the pandemic will cause. We are deeply grateful for their generous support during this challenging time.”

Fans will be able to join the live streams on #BeApp, which can be downloaded for free on iOS or Android devices, as well as on Coca-Cola YouTube and Facebook.

BeApp is a new social streaming platform that democratizes access to the world’s best artists, performances, and music moments live. BeApp brings the world’s most loved artists directly to homes, creating a global virtual living room. Free to download, the app lets you tune into a number of one-of-a-kind immersive experiences you would find at a concert or festival. Founded by tech industry veterans Ray Smith and Ross Mason the platform adds a gamified social layer to live streaming where fans can directly interact, shop, donate, and connect with their favorite artists creating a series of music defining moments with artists such as Katy Perry, Steve Aoki, Skrillex, and DJ Khaled.

About The Coca-Cola Company

About The Coca-Cola Foundation

About the International Red Cross and Red Crescent Movement